NYC is known for having some of the best vegan cuisine in the country—and many of these plant-based eateries are owned and operated by female chefs, restaurateurs, and even fashion entrepreneurs. Whether you’re craving a plate of chicken & waffles, or your sweet tooth is calling for a pecan chocolate cookie—these women-owned restaurants have you covered. Celebrate Women’s History Month by visiting one of these delicious vegan spots! 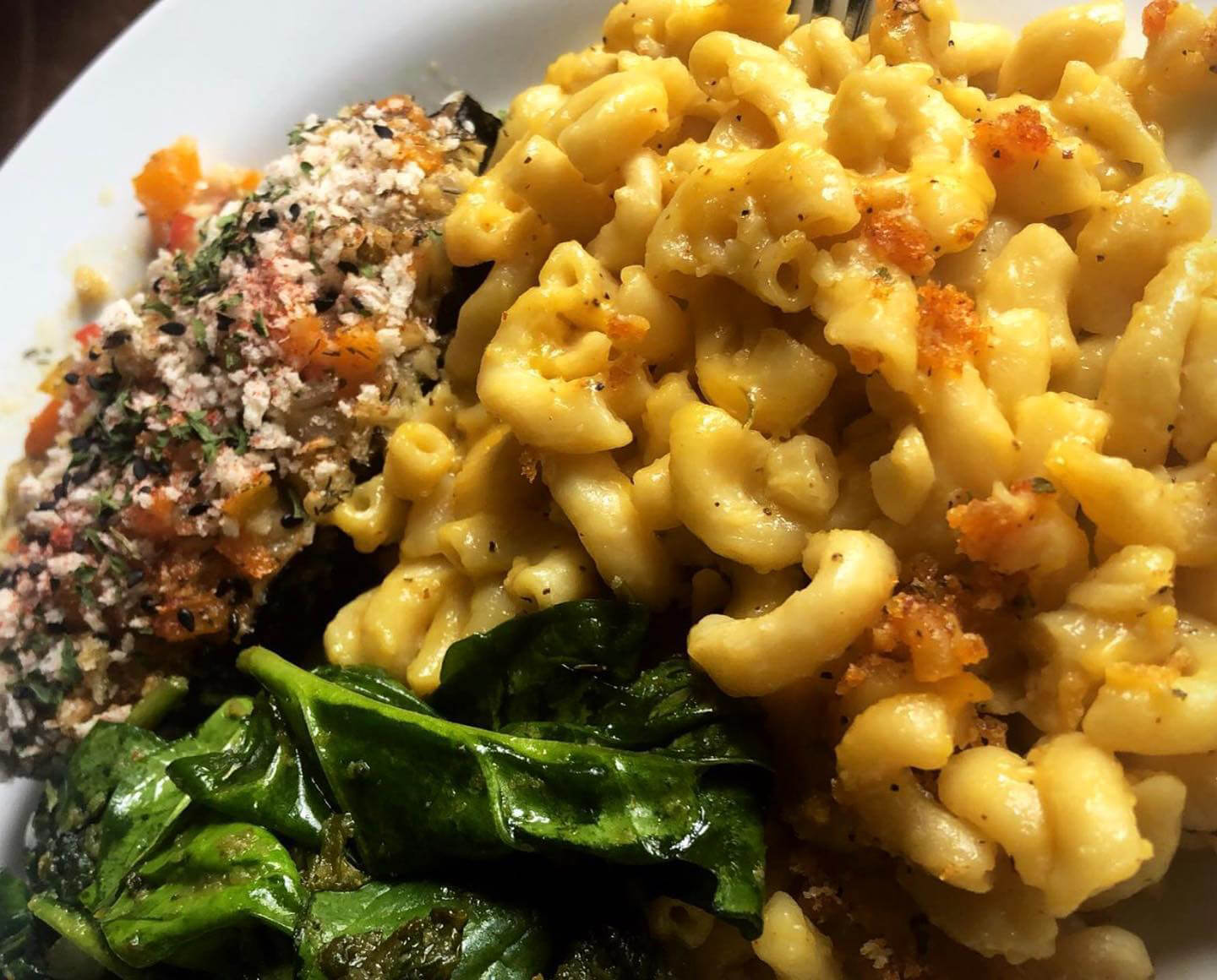 Looking for Southern comfort food in the Big Apple? Urban Vegan Kitchen is your answer! This 100% vegan spot was opened in 2016 by Pamela Elizabeth, who also founded the popular Blossom restaurant chain in NYC. The eatery serves comfort food classics like chick-un & waffles and mac ‘n’ cheese, as well as unique bites such as the jackfruit fajita quesadilla, which comes stuffed with seasoned jackfruit, onions, peppers, and Numu mozzarella. Don’t forget to check out the beer, hard kombucha, wine, and cocktails. In addition to tasty vegan bites, merchandise such as t-shirts with cool vegan phrases are available and can be ordered on urbanvegankitchen.com. 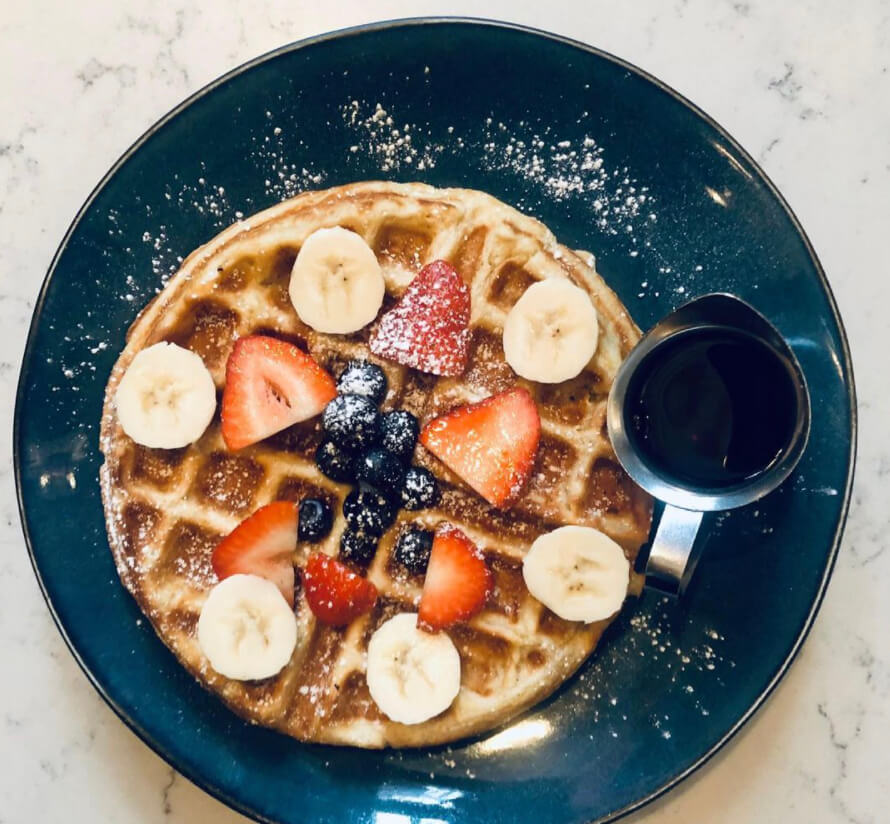 At the age of 22, Francesca Chaney opened Sol Sips, a community-centered vegan cafe that focuses on making plant-based eats accessible for all. The restaurant is now operating as a ghost kitchen and offers catering, juice cleanses, and plant-based goods, as well as pay-what-you-can meal kits (now shipping nationwide), which can be ordered in 3-day packs and come with breakfast, lunch, and dinner entrees, so everyone can eat well no matter what their income level. For every three meal kits ordered, one is given away free of cost to someone who is in need due to the pandemic. We think that’s pretty awesome, Sol Sips! 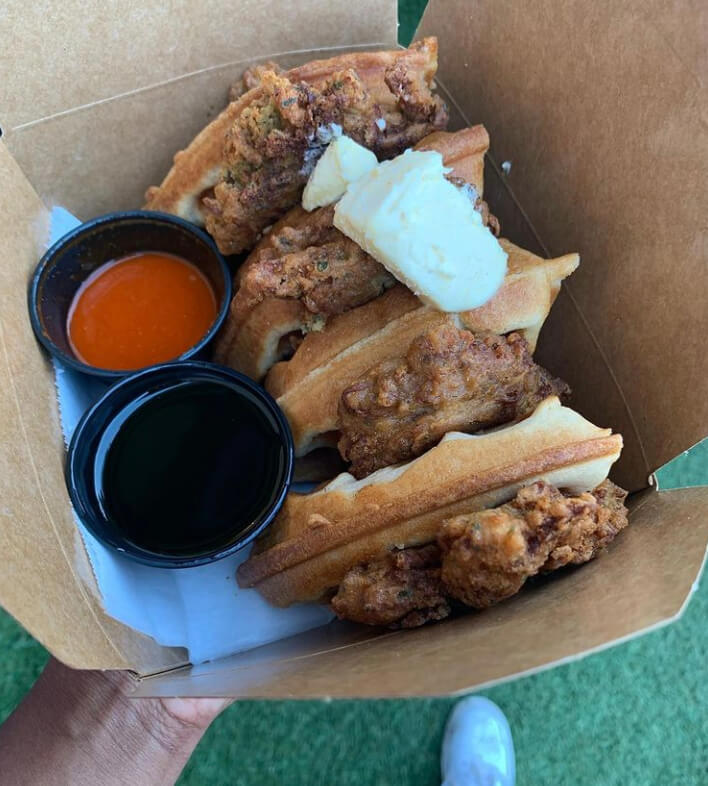 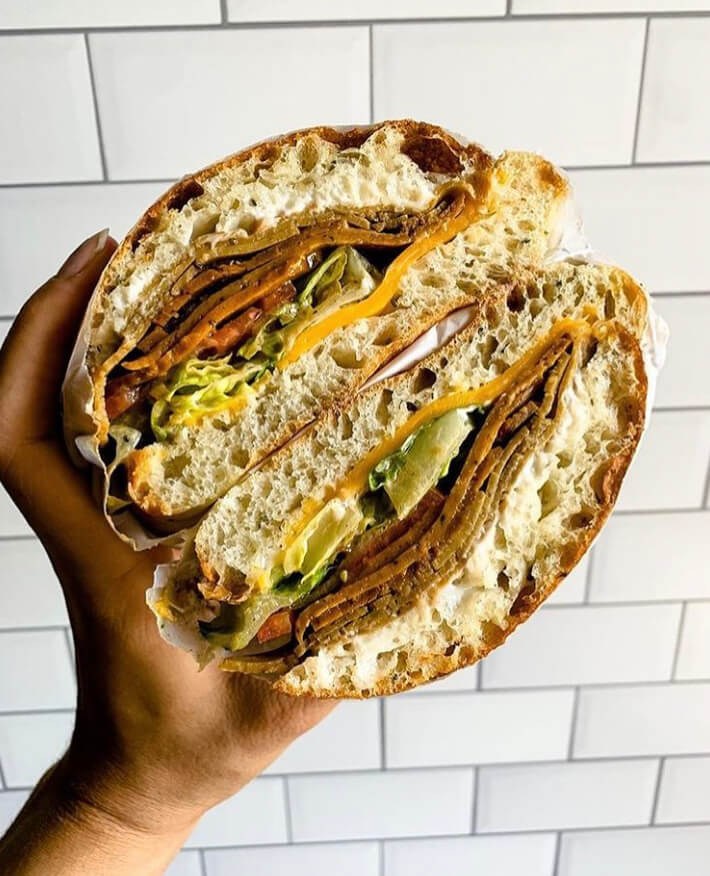 Founded by fashion adept and lifelong vegan Latisha Daring, Greedi Kitchen offers 100% plant-based cuisine that draws on Caribbean, African, and Southern flavors to create diverse and great-tasting dishes. The menu offers everything from coconut ginger-fried plantains to yucca dumplings, all of which are made with fresh ingredients from local farmers markets and organic distributors. Your seafood-loving friend just might be fooled by the Greedi fish tacos (three soft shell, gluten-free, corn tortillas loaded with cabbage slaw, fish, chipotle, sweet onions, tomatoes, and guacamole)—all made from plants! 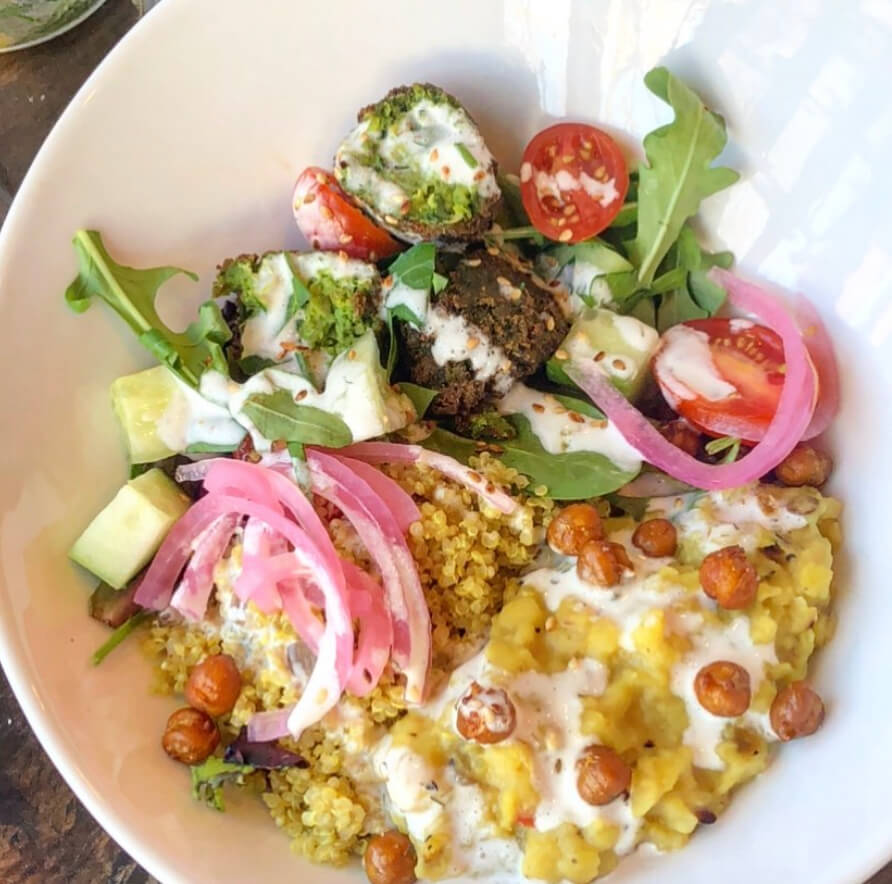 Owned and operated by chef and cookbook author Divya Alter, Divya’s Kitchen hails as the first Ayurvedic restaurant in NYC, and offers globally inspired plates such as stir-fry bowls, vegetable curry in cashew sauce, and vegan lasagna. Add some sweetness to your day with one of the eatery’s vegan desserts, such as pistachio fudge, rose chocolate mousse, or a pecan chocolate cookie. 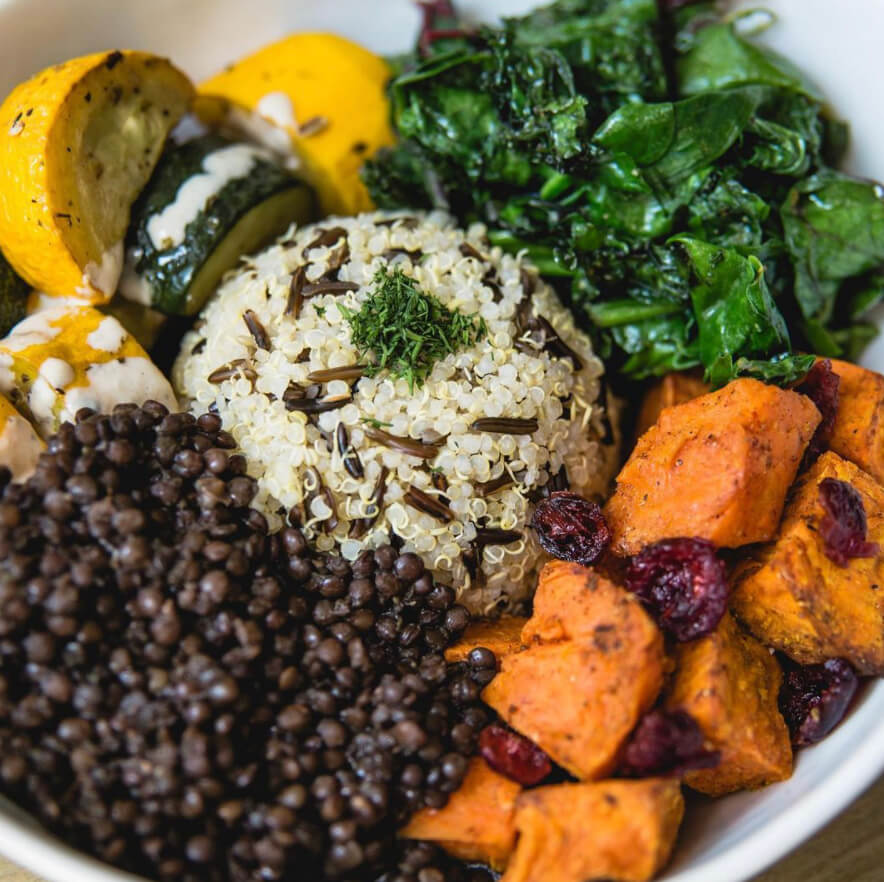 Sisters Sara and Erica Kubersky pay homage to delicatessens of NYC’s past through Orchard Grocer, an all-vegan deli and grocery store located in Manhattan’s Lower East Side. The eatery specializes in classic deli sandwiches like The Francis (a take on the classic Cubano made with Seitan’s Helper ham, pickles, Violife cheese, Dijon mustard, and choice of regular or spicy mayo), The Miles (JUST scramble, Seitan’s Helper bacon, Violife provolone, scallions, and mayo on a croissant), as well as daily specials. Don’t forget to check out the milkshakes, which come in vanilla caramel and strawberry flavors! 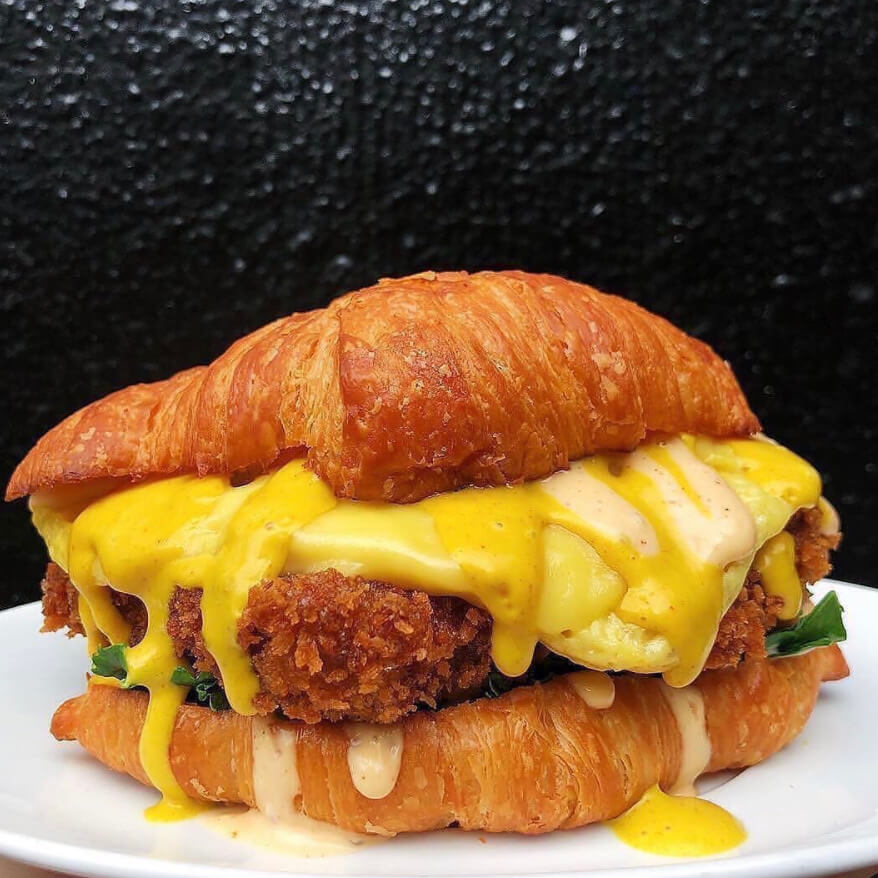 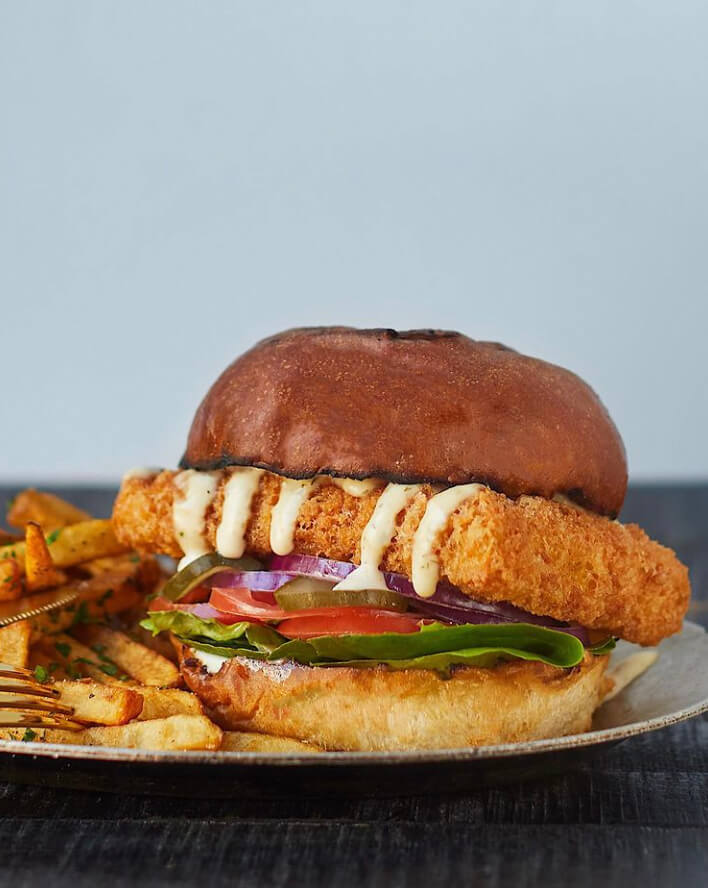 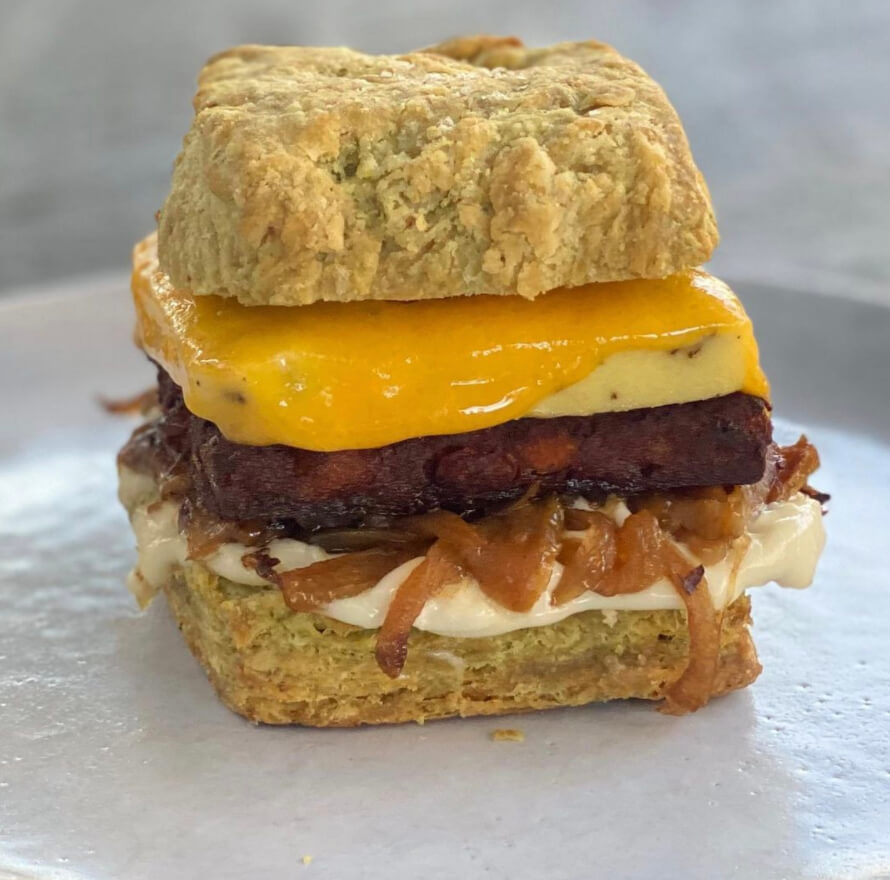 Owned and operated by Julia Kravets, Little Choc Apothecary is NYC’s first fully vegan and gluten-free crêperie. All of the ingredients used in Little Choc products are made from scratch and free of chemical binders, gums, artificial flavors, and overly processed sugars and flours. The crêpe menu caters to a variety of palettes, as it includes both sweet and savory tastes. The drink menu offers vegan wine and beer, herbal elixirs, freshly pressed juices, and espresso drinks. The espresso drinks are made with homemade almond and coconut milk. You can also choose from an apothecary-like selection of house-blended teas. 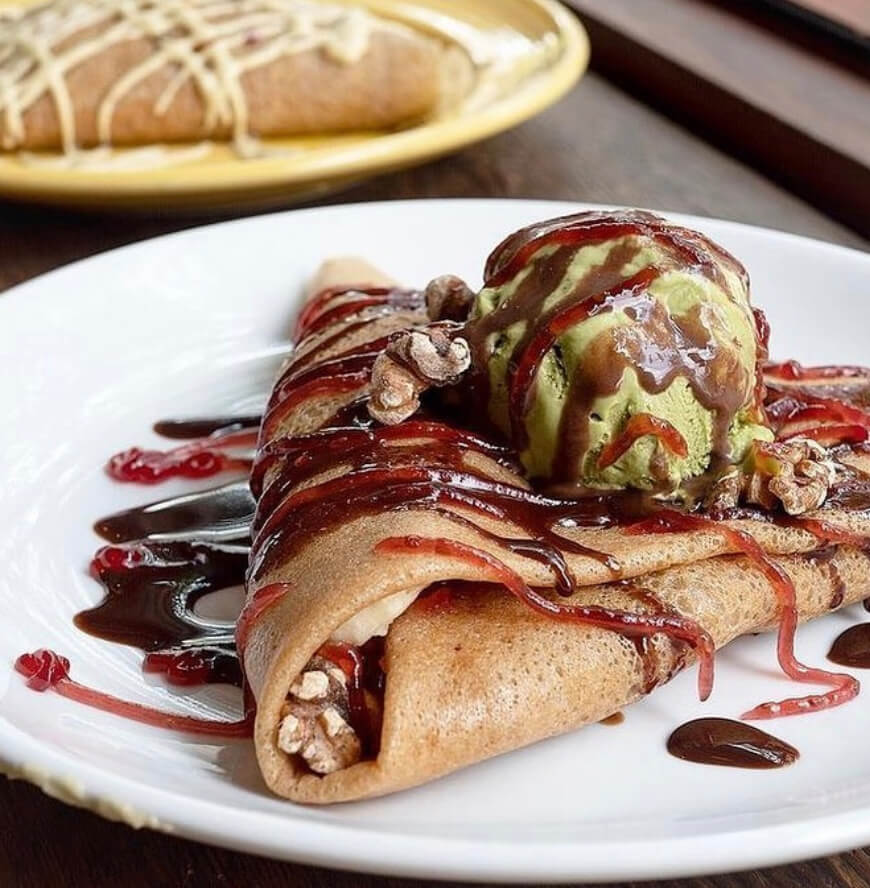 A new fully-vegan doughnut truck is coming to Seattle, and we have the deets on the treats! (We knew doughnuts were shaped like wheels for a reason.)

Boom Boom Brow Bar is NYC’s first walk-in brow bar that has been serving clients with vegan and cruelty-free looks since 2008. The NYC-based salon uses ethically-developed products in all of their services, which include brow, lip, chin, sideburn, hairline, and full face waxing, as well as brow and lash tints.

Cinnaholic—a California-based franchise bakery that offers plant-based cinnamon rolls is scheduled to open its first location in Uptown Houston, Texas this summer. The chain currently has two locations outside the city in the surrounding suburbs (Pearland and Cypress).

If you want to stunt a trendy, sustainably made swimsuit this season, check out these brands! With spring in full swing and summer just around the corner, who wouldn’t love to cool off with a dip in the pool, a trip to the beach, or even a pass on your kids slip-n-slide? If you’re partaking in any of these refreshing water activities, you’ll most likely want a bathing suit. And if you’re anything like us, you want to wear items that are eco-friendly and made by brands that treat their employees well. Here’s a list of our favorite swimsuit companies that fit the bill.

Sun’s out, buns out! No, silly, not those buns! Burger buns!

Melissa Nowakowski
News
See the article 10 vegan fast food breakfasts to eat on the go or recreate at home
Apr 17, 2021

Whether you’re commuting to the office, working from home, or looking for weekend brekkie inspo, we’ve got you. From drive-thru snags and restaurant go-to’s to home-cooked breakfast faves, here are your on-the-go ordering deets and DIY swaps for the most important meal of the day.

It can be difficult to find amazing, all-vegan South Asian dishes. Whether you’re craving a flavorful chana masala or a heavenly spicy curry, VegOut has you covered, so you can enjoy the vibrance of South Asian cuisine without the traditional dairy-heavy ingredients. Here are our picks for some of the best South Asian-owned vegan restaurants across the nation.

Huge flavor in a perfectly portioned package, the NY-based Gigantic “sortasweet” candy bars are making a splash in Los Angeles as the brand arrives at Alfred locations for a limited time!