The Best Vegan Sandwiches Across the US

Decked out in artisan plant-based meats and cheeses, these handhelds are legit!

What is it about sandwiches that make them so satisfying? For us, it’s the combination of hearty bread, flavorful protein, and refreshing veggies. If you agree, check out this list of the best vegan sandwiches across the US!

Stop what you’re doing and add this vegan butcher shop to your bucket list! Why? Because their sandwiches feature house-made vegan meats and cheeses unlike any other on the market. For example, the Italian Cold Cut Sandwich features vegan pepperoni, capicola ham, pastrami, and mozzarella cheese. Where else can you order a vegan sub sandwich that epic? 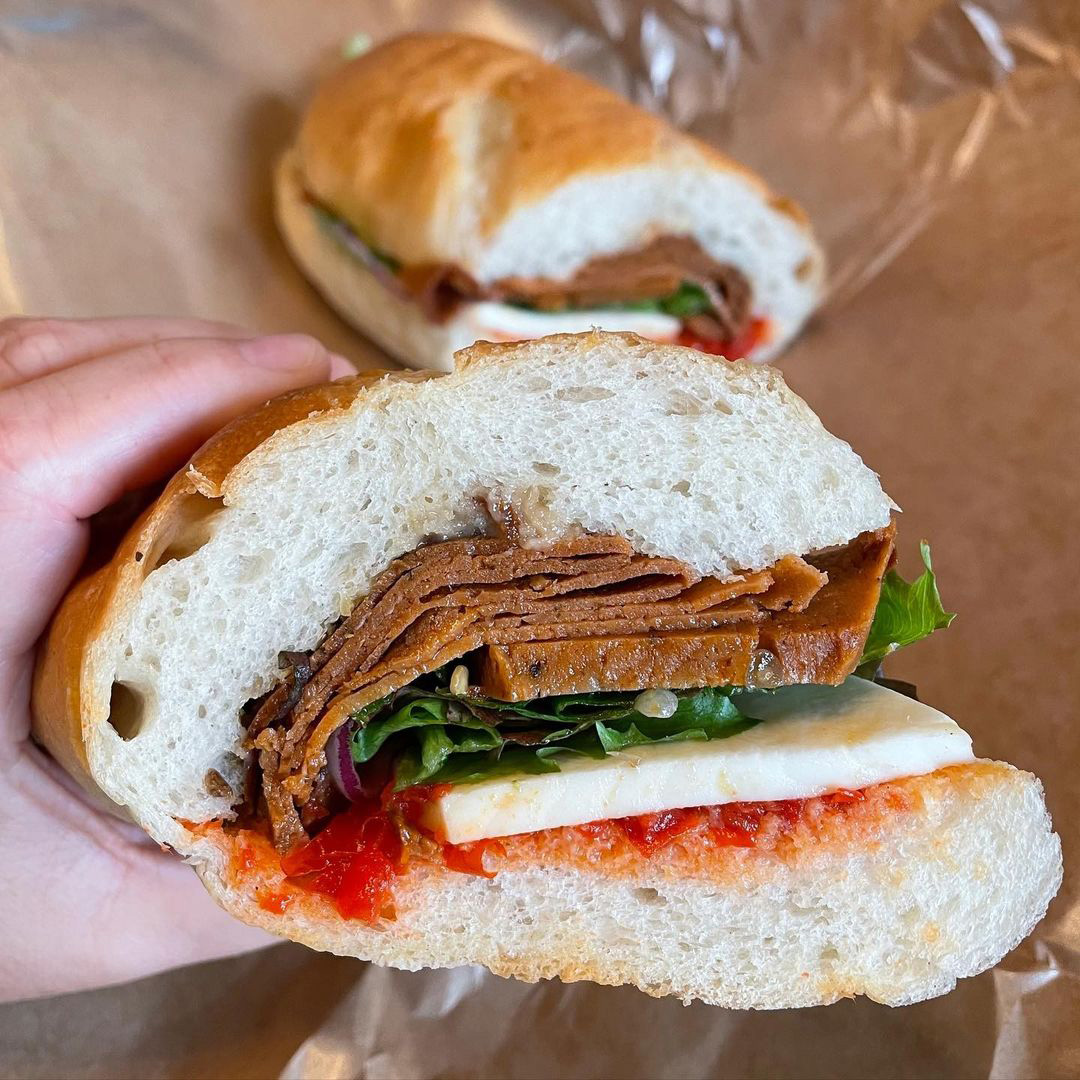 When it comes to restaurant chains with vegan options, Ike’s Sandwiches is at the top of the list! From vegan fried chicken and steak sandwiches to meatball subs, the options are abundant. Whatever you do, order your sandwich on Dutch Crunch bread. You’ll thank us later. 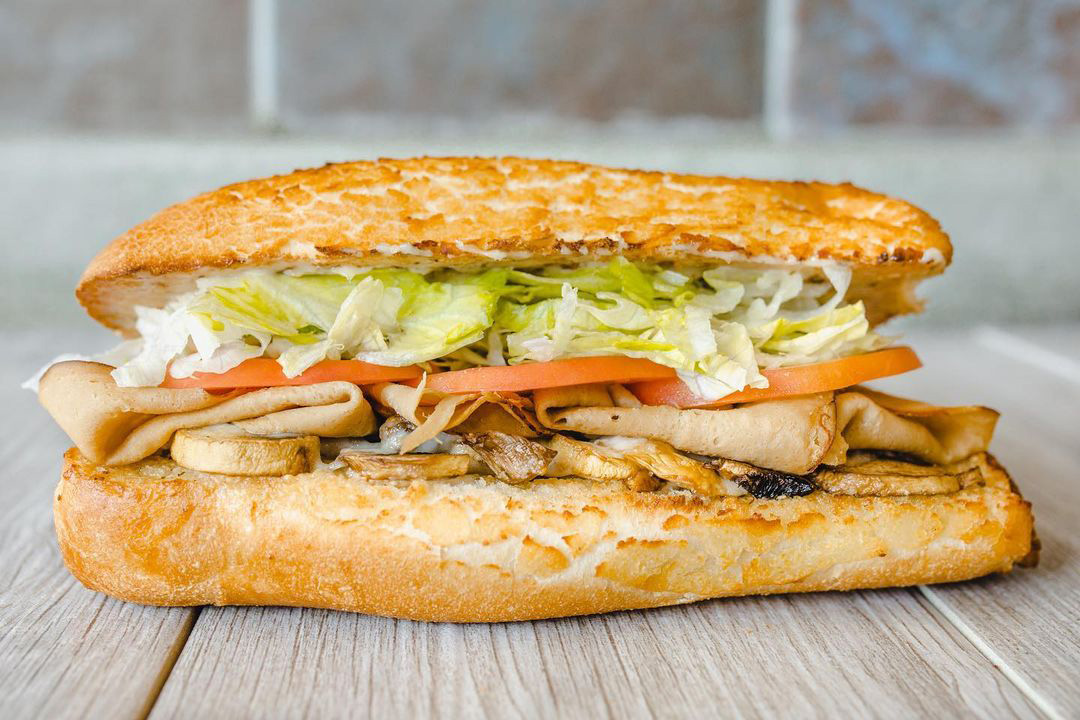 People travel far and wide to try Chef Tanya’s Kitchen. So what’s the buzz about? For starters, Chef Tanya is very experienced. Her highly acclaimed tempeh and seitan recipes date back to the ‘80s! In addition, the restaurant menu is entirely organic and downright mouthwatering. If you ask us, The Chupacabra Chick’n and El Cubano are the best vegan sandwiches on the menu. 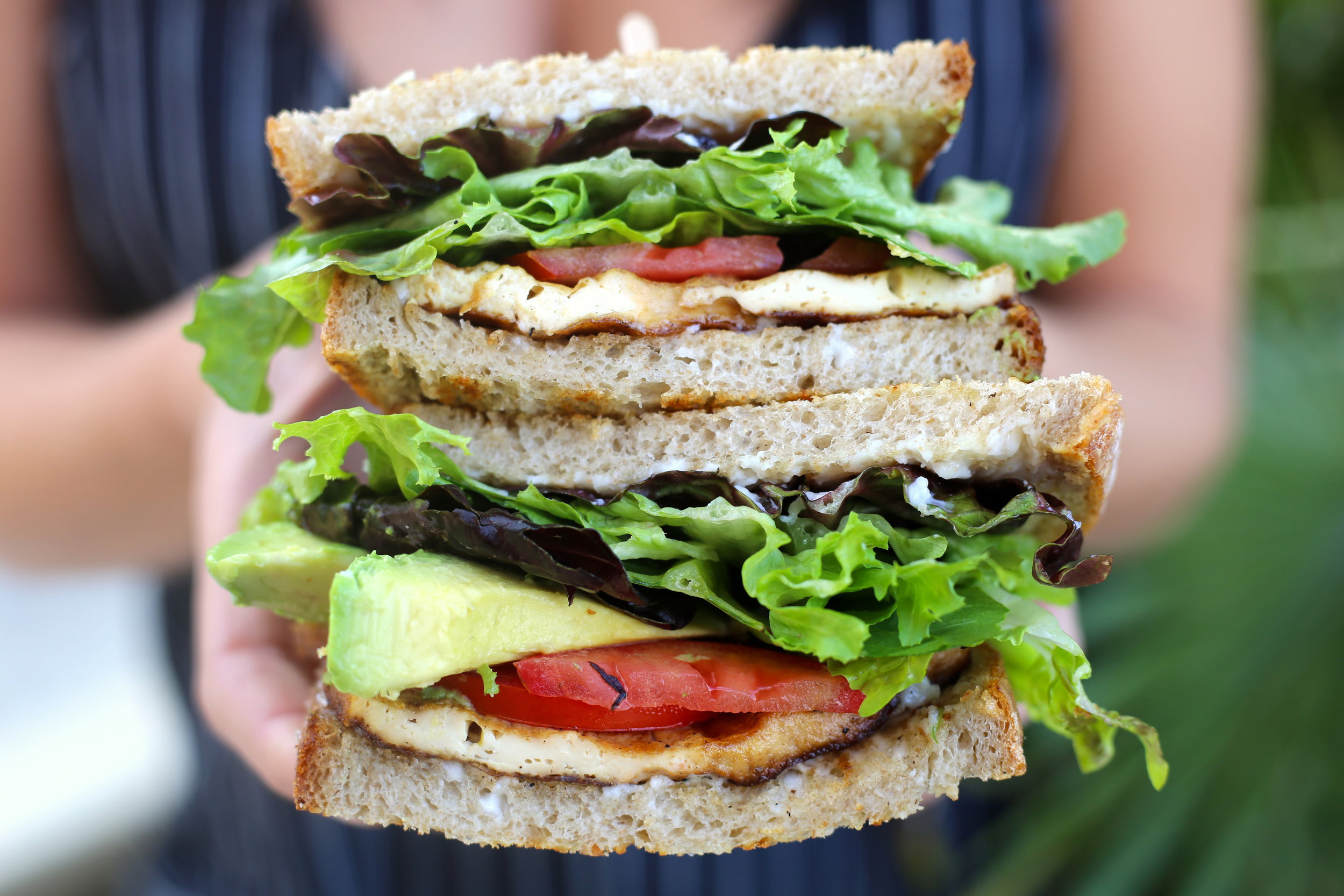 Still pursuing your journey to find the best vegan sandwiches? Then stop by Native Foods! Their Crazy Good Grilled Chicken Sandwich definitely lives up to its name. It includes layers of vegan grilled chicken, provolone, parmesan truffle potato chips, roasted tomatoes, arugula, and truffle aioli on a toasted pretzel bun. Who else is drooling? 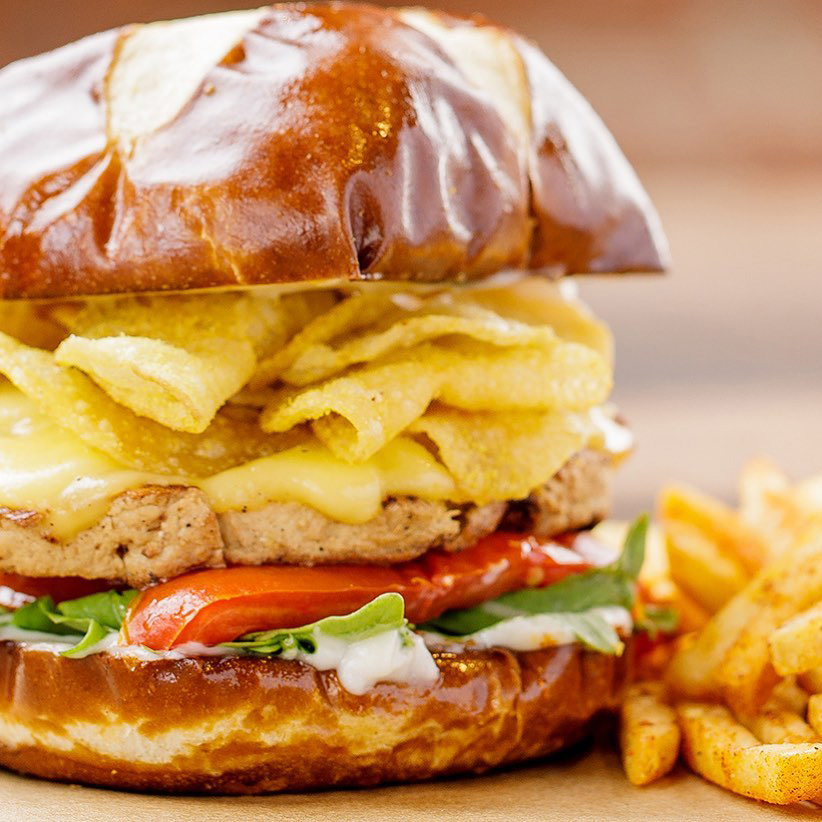 Because this restaurant got its start in Philadelphia, it’s only natural they offer a vegan cheesesteak! Other popular vegan sandwiches include The Basic B, Buffalo Bella, and Sunnyside Sausage, Egg, & Cheese varieties. 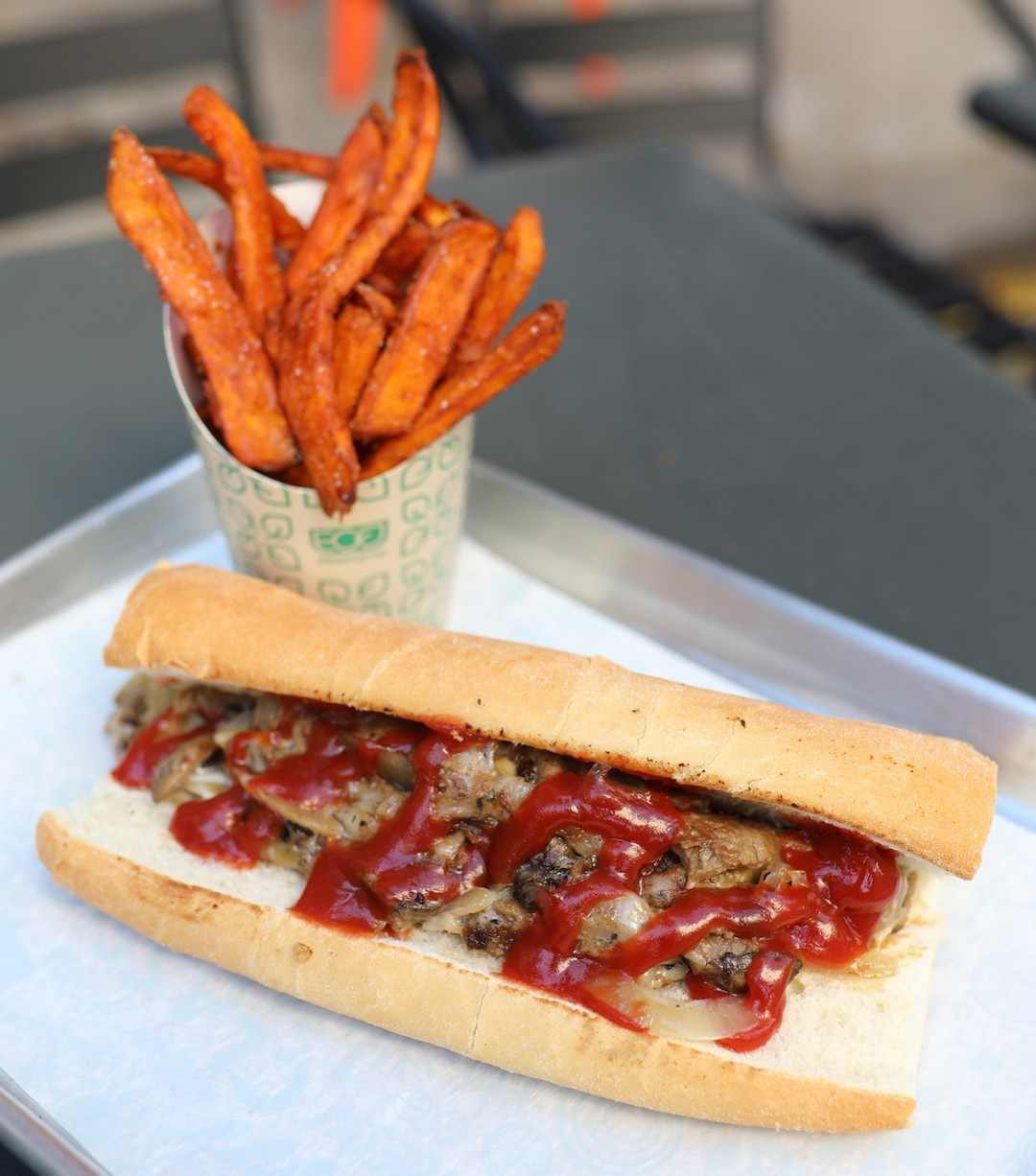 Vegan cheese can make or break a sandwich. So that’s why it’s always a safe bet to grab a handheld at this artisan vegan cheese shop! From Reuben, caprese, and BLT sandwiches to build-your-own melts, there’s no bad choice at Rebel Cheese! 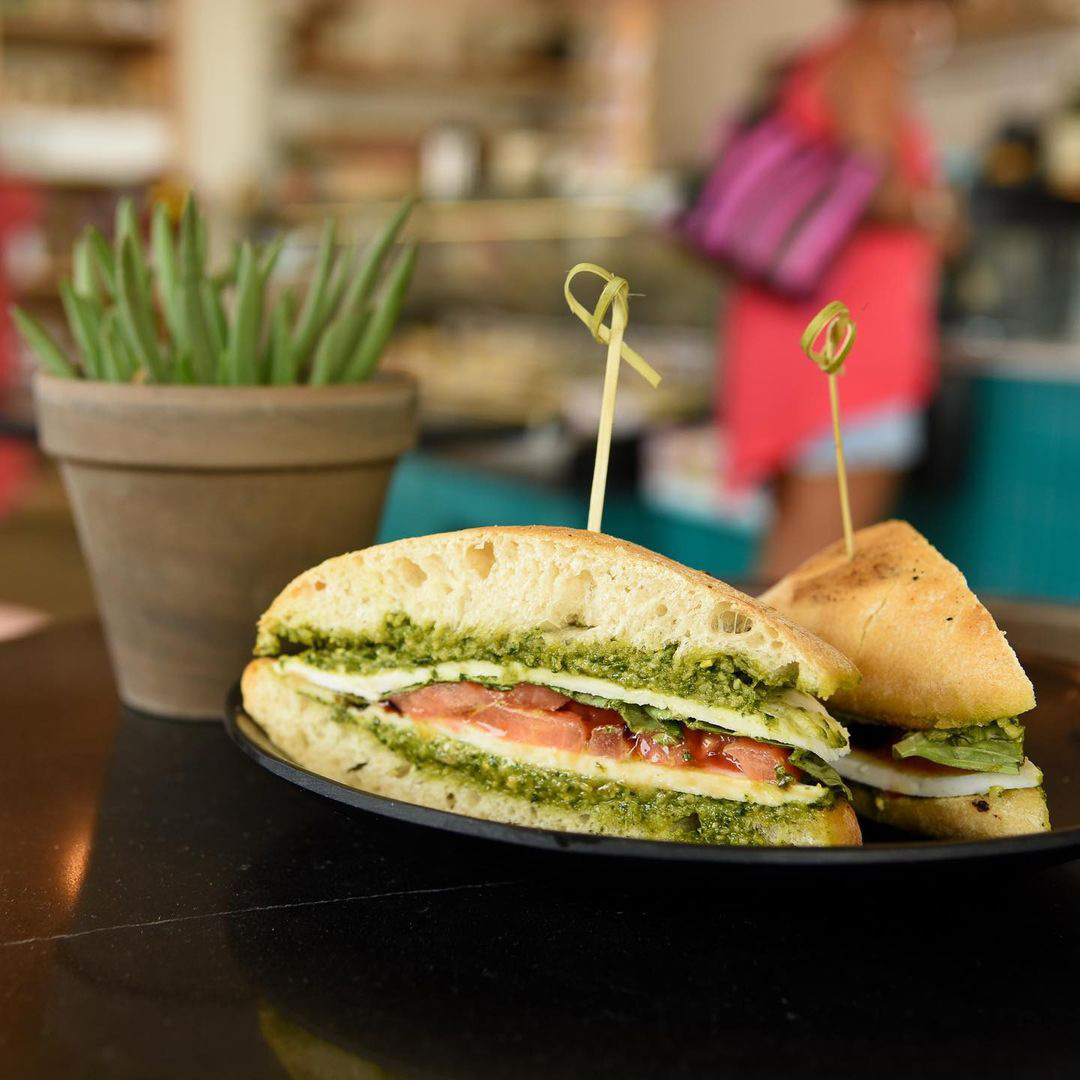 Delis are to New York as peanut butter is to jelly! And thankfully, there’s a spot that serves veganized East Coast classics. Whether you want a bagel sandwich for breakfast or a tofu fried chicken handheld for lunch, Orchard Grocer has you covered! 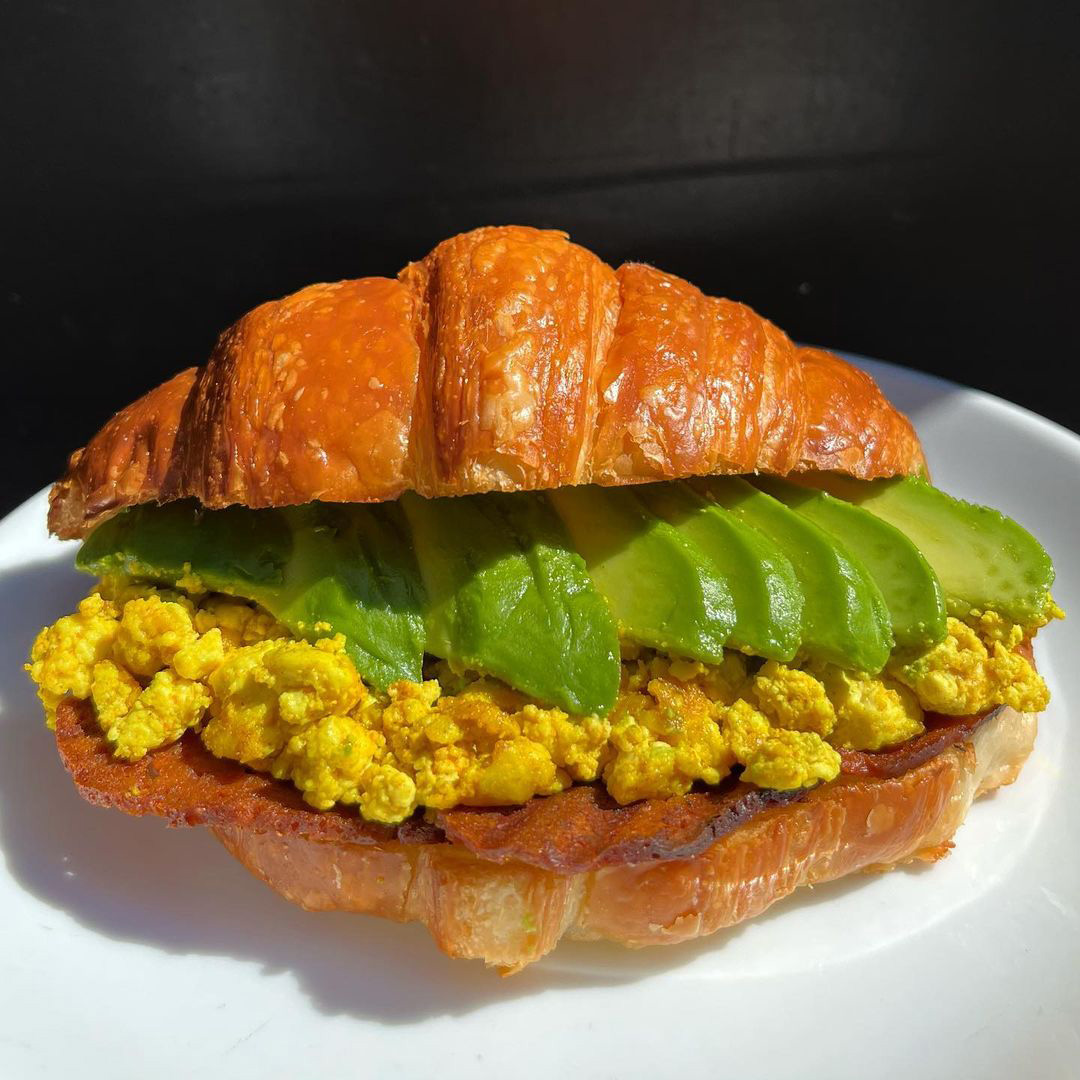 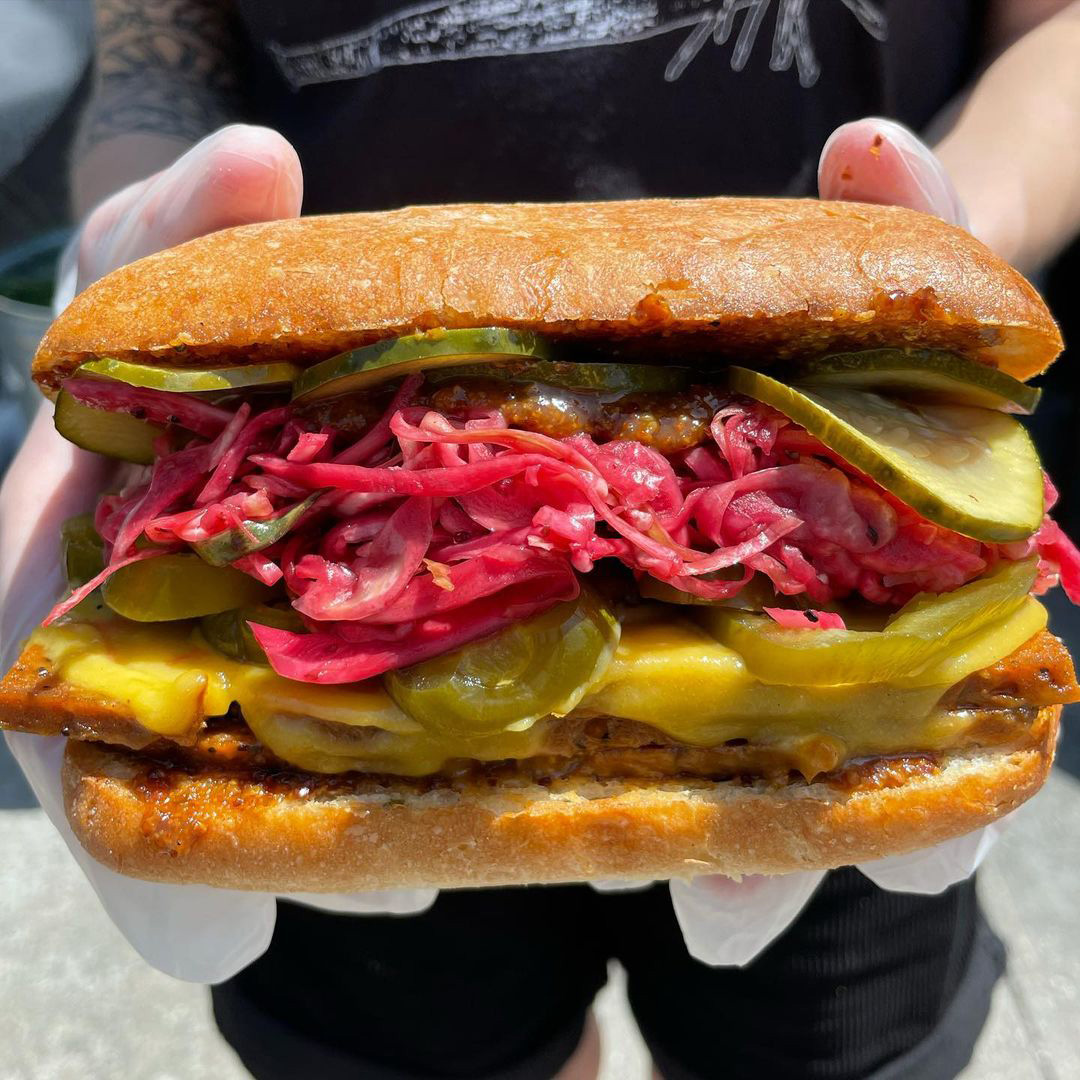 Vida’s Plant Based Butcher offers a huge selection of vegan sandwiches! We’re talking about BLTs, Sloppy Joes, melts, and ham & cheese sandwiches to name a few. Since the sandwiches are made to order with artisan meats and cheeses, you’re bound to have a delicious meal each and every visit. 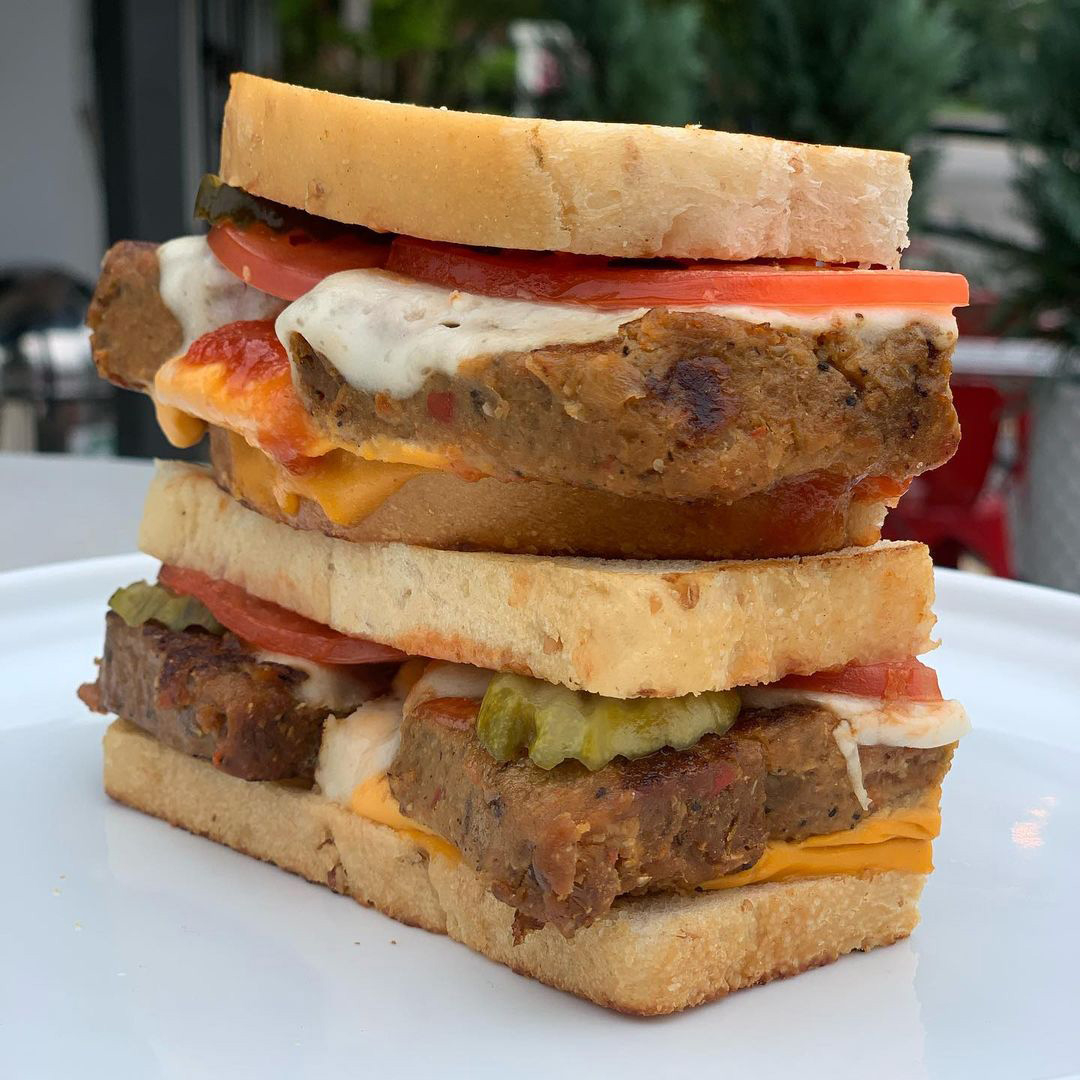 Positioned in Detroit’s Royal Oak neighborhood, this unsuspecting deli is a vegan haven! First, select from a vegan Reuben, Turkey, Sub, and “Egg” Salad sandwich. Next, choose your sides. Vegan options include Fresh Veggie, Pasta, Potato, “Egg,” Corned Beef, and Broccoli Crunch Salads, as well as Watermelon Feta and Chips. Lastly, decide on your dessert. Vegan Cheesecake, Carrot Cake, and Chocolate Cake are all on the table. 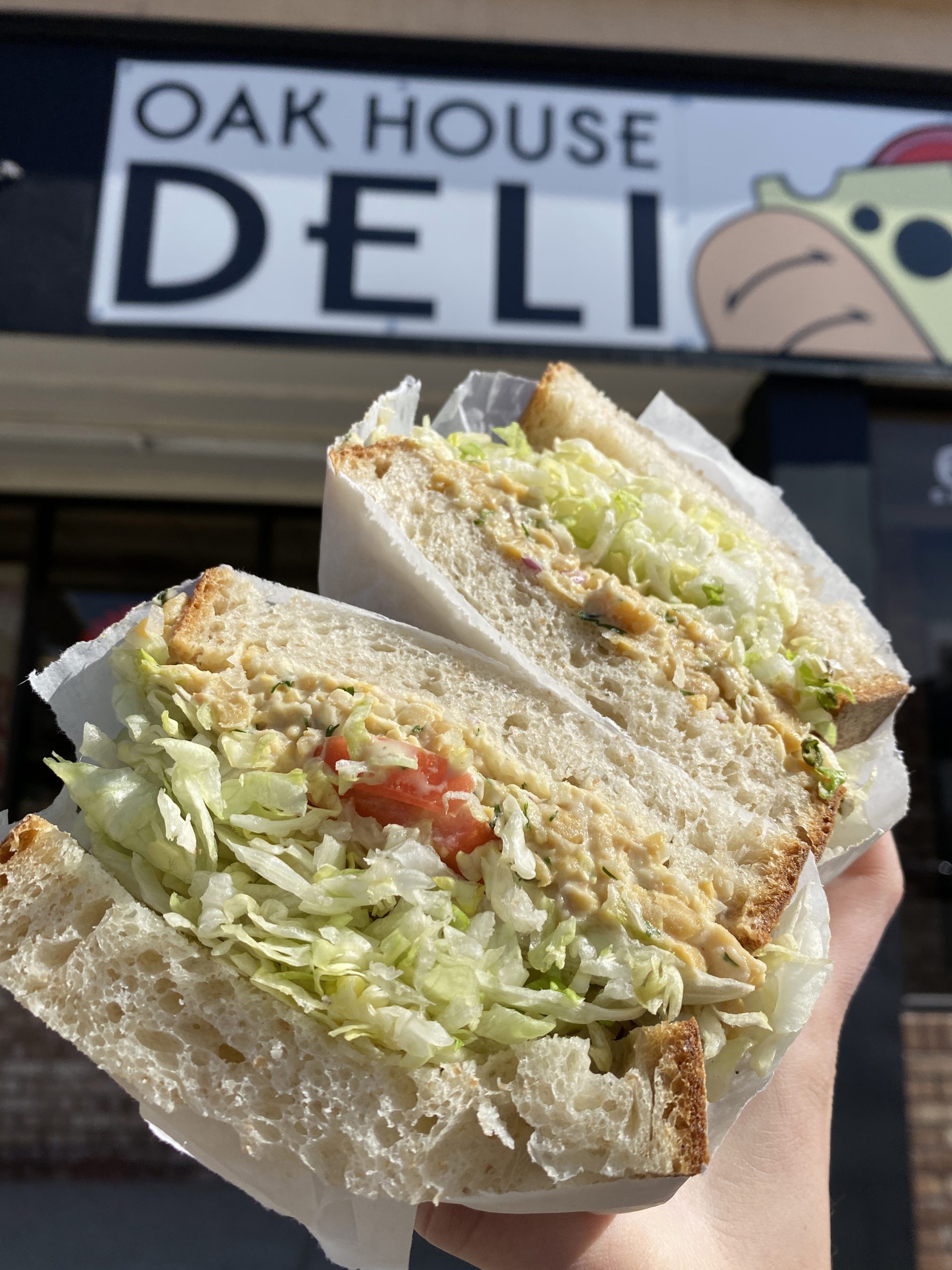