Catch a craving for a plant-based burger in Chicago? We’ve got you covered with these inclusive restaurants.

We know you’re in town for the vegan pizza, but why not stay for a burger or two? Some of our fave plant-based Chicago restaurants even have both! But seriously, who’s up for a vegan burger? Loaded with vegan bacon, dairy-free cheese, tasty sauces, and veggies, these burgers are totally irresistible. If you’re with us, be sure to check out these 10 essential vegan burger spots in Chicago!

When in Chicago, Kale My Name is a must. This Windy City staple restaurant offers not one, but two plant-based burgers to enjoy. In the mood for a loaded handheld? Order the Chicago Burger for a Beyond Patty topped with cheese, veggies, and Awesome Sauce. If you’re ISO the best veggie burger in Chicago, Tina’s Homemade Veggie Burger is the way to go. 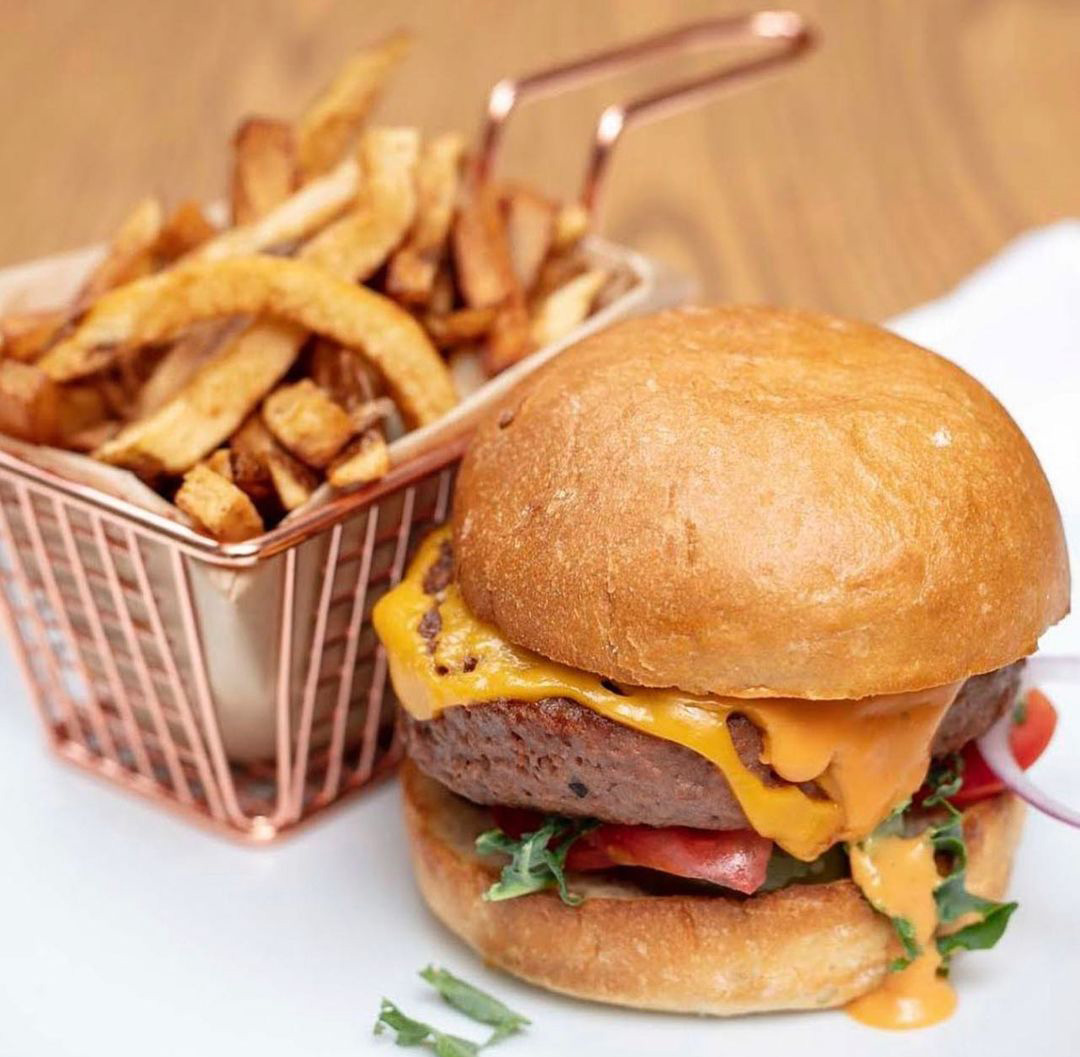 From breakfast sandwiches and milkshakes to kale salads and nachos, Liberation Kitchen has it all! But don’t worry, they don’t skimp on the classics. Head to the Upton’s dine-in restaurant for a vegan burger. The Bacon Ranch Cheeseburger has us seriously drooling. Picture it with seitan bacon, dairy-free cheese sauce, and the typical fixings. See, now you’re drooling too! 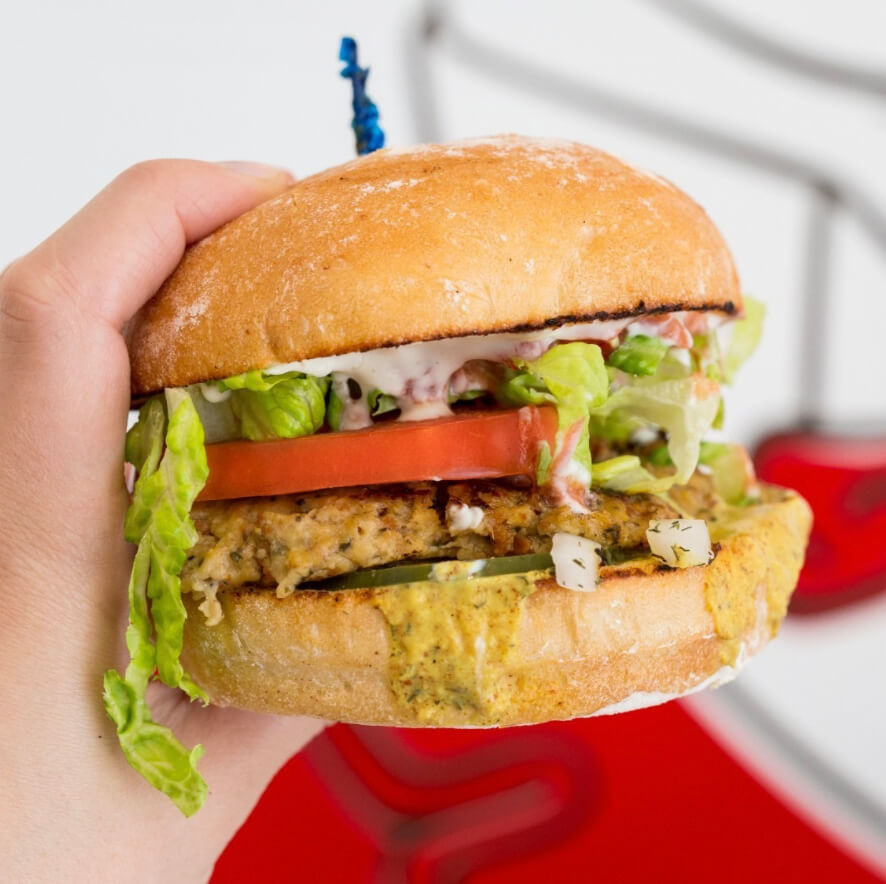 If a plant-based BBQ Burger strikes your fancy, head to Spirit Elephant immediately. Customize this tasty sando by choosing between their house-made lentil patty and an Impossible burger. Loaded with crispy onions and tangy BBQ, how can you turn it down? While you’re taste-testing your way through the vegan burger spots in Chicago, be sure to order the Cauli Wings. 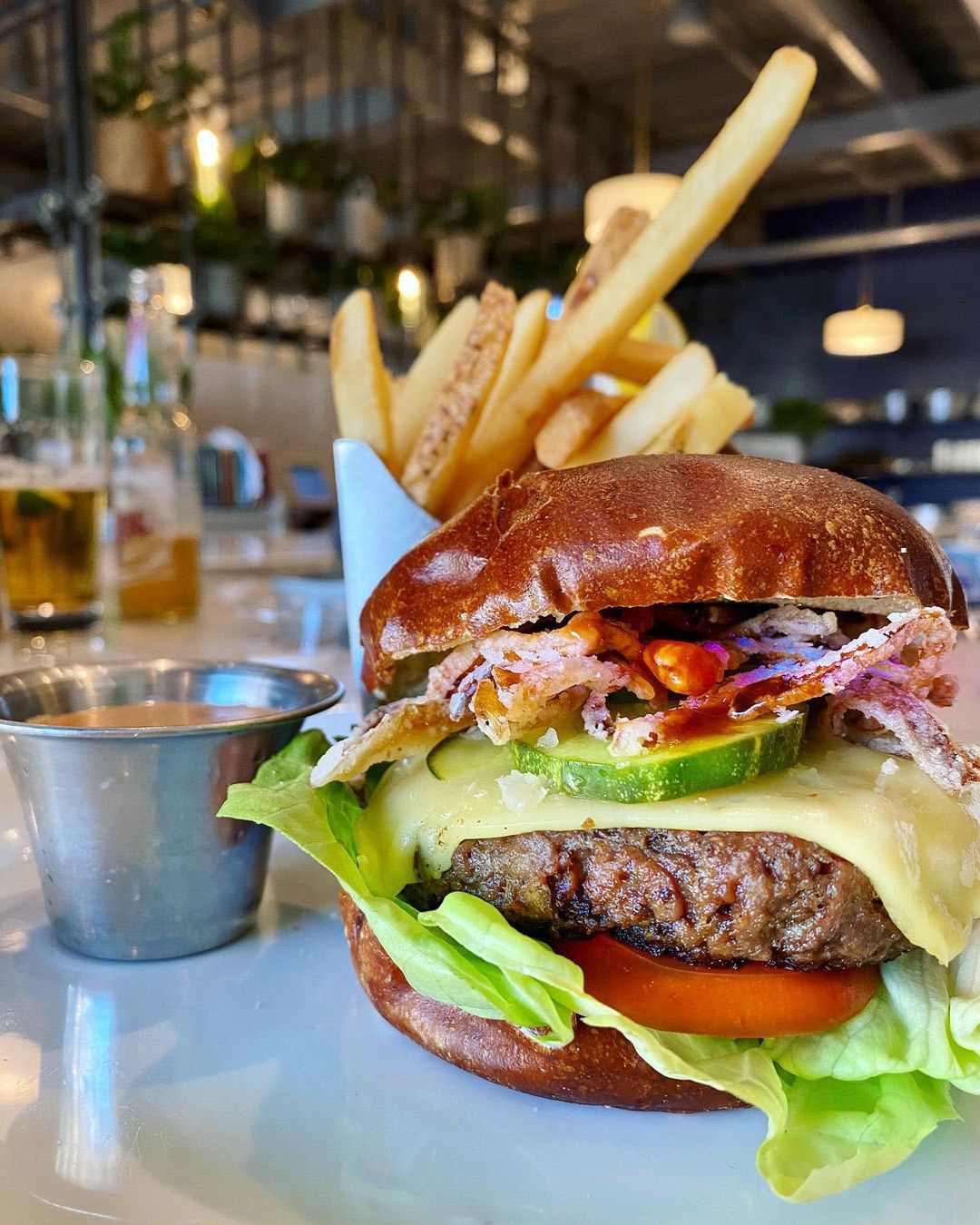 Stand-Up Burgers adds to the list of plant-based burger spots in Chicago. Hey—Californians aren’t the only ones having their burgers and eating them too. This burger joint makes it a little too easy to become a repeat customer. With multiple handhelds on the menu, becoming a regular is a no-brainer. Vegan burgers range from The O.G. to the BBQ Bacon to the Steakhouse Burger. But don’t skimp on those sides. Loaded Tots, coming right up! 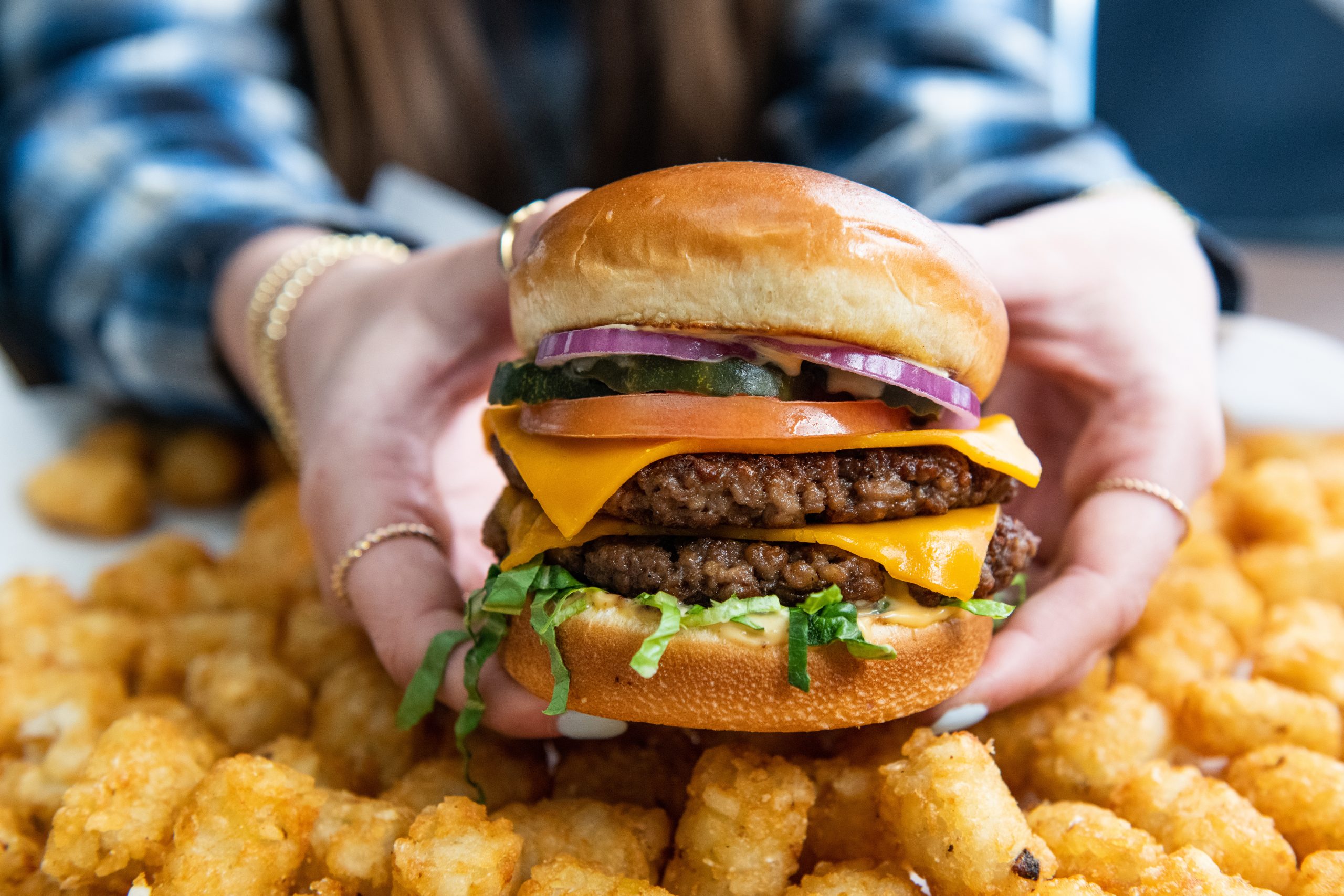 When searching for vegan burger spots in Chicago, don’t forget Native Foods. This plant-based chain has a delicious lineup of crave-worthy handhelds. Find the Gastropub Burger, Poppin’ Jalapeno Burger, Double Cheeseburger, and BBQ Brisket Burger on the Native Foods menu. Seriously, this restaurant has the veggie burger hook-up! We’ll take one of each, please. 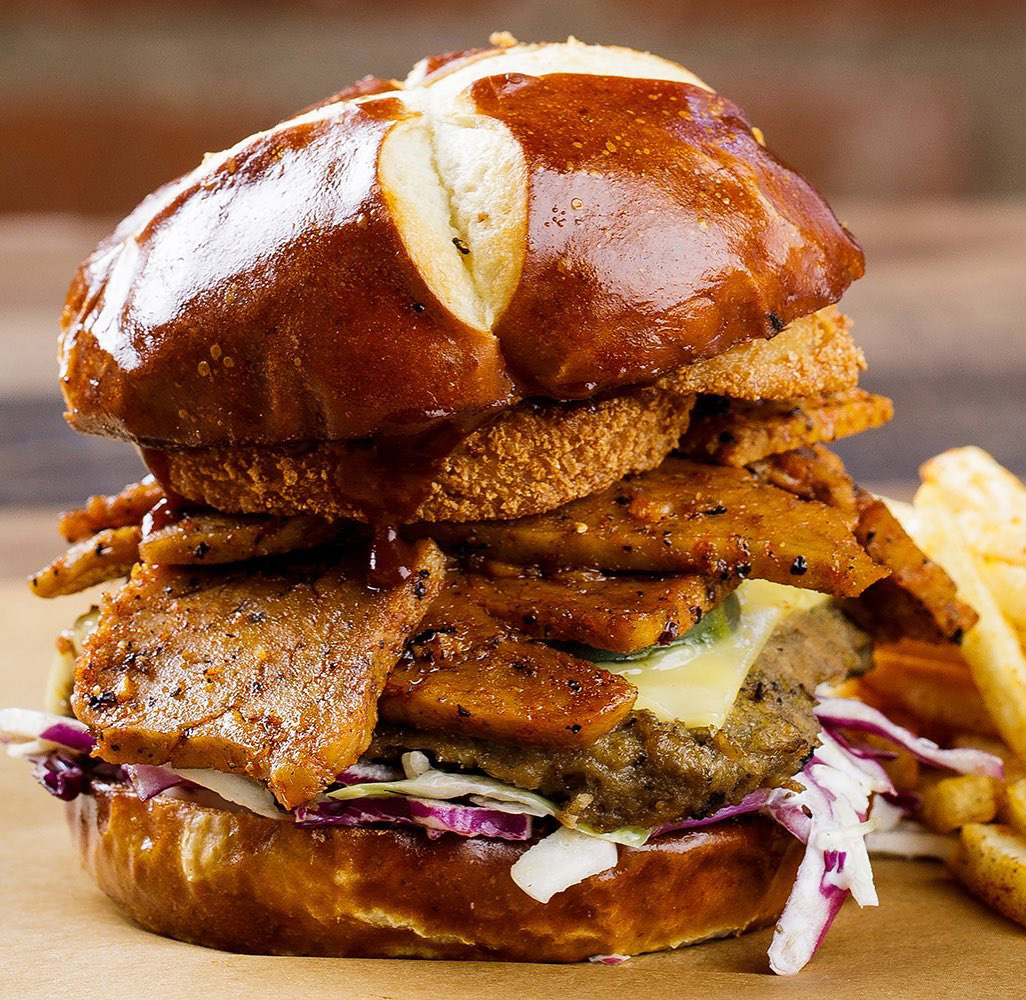 Listen up, VegOut fam! Majani Soulful Vegan Cuisine is grilling up various vegan burgers for hungry Chicago-goers. This Black-owned eatery offers a Black Eye Pea Burger, Falafel Burger, and Lentil Mushroom Burger, among other tasty vegan sandwiches. Seriously, we can’t get enough of these drool-worthy handhelds. Bring some friends and head to Chicago’s South Side. 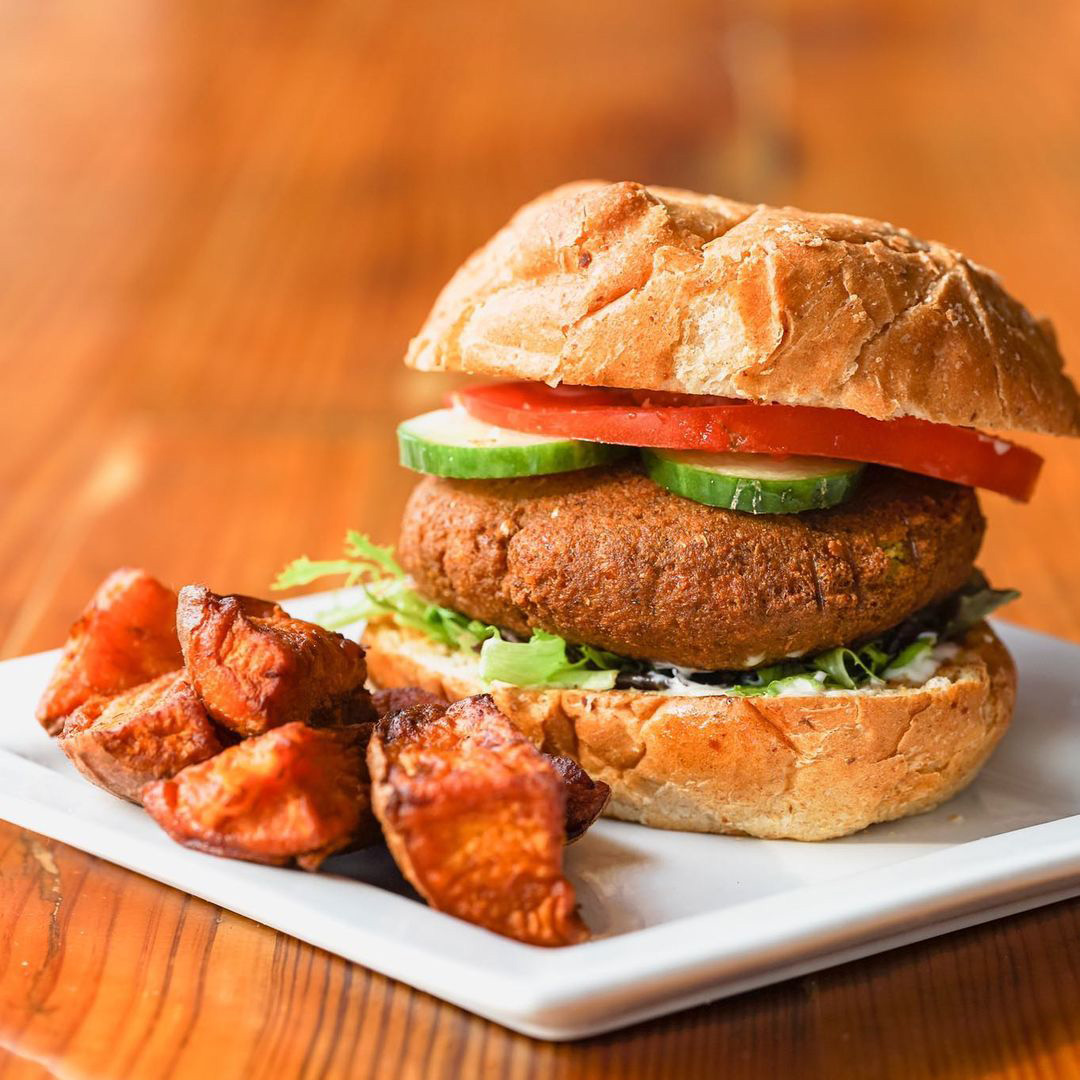 Be sure to keep Kitchen 17 in mind when staking out vegan burger spots in Chicago. This place has a full lineup of animal-free handhelds—now we’re talking! With options like BBQ Cheddar, Buffalo, Plain James, and even a Pizza Burger, Kitchen 17 has something for everyone. But don’t forget the sides! Add fries, chili, or mac ‘n’ cheese to your order. 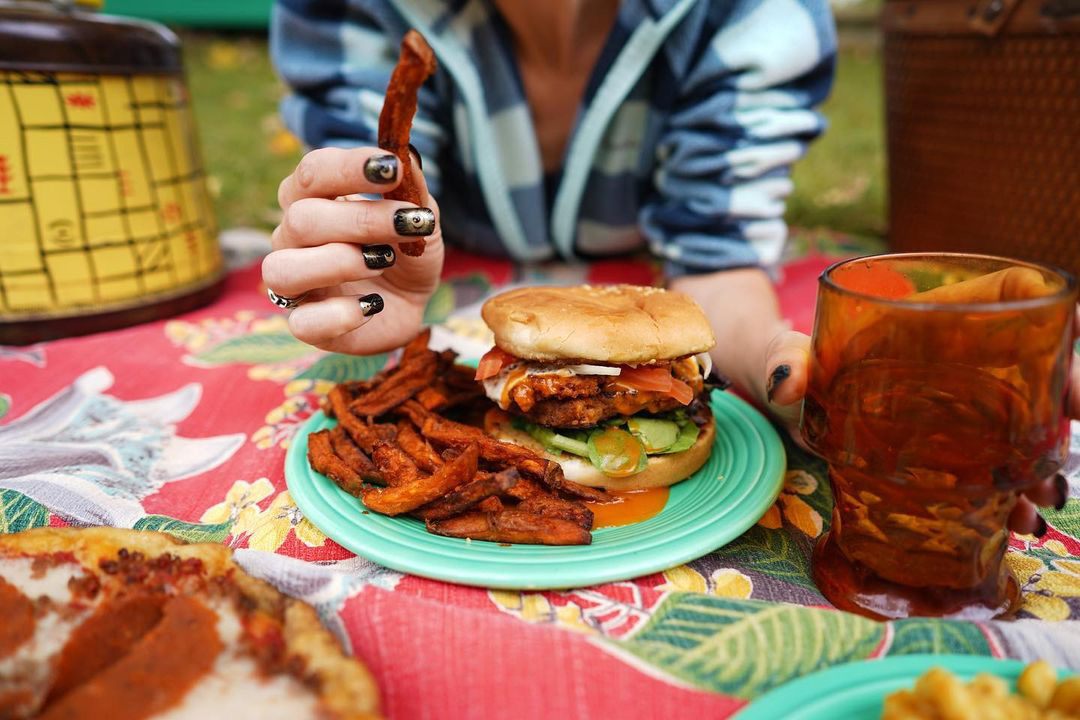 Don’t sleep on the Chicago Diner when researching vegan burger spots in Chicago. This vegetarian restaurant is known for serving comfort food. But what’s more comforting than a loaded burger and fries? As that rhetorical question sinks in, take a bite out of the plant-based handhelds from Chicago Diner. The Cajun Black Bean Burger, Titanic BLT Burger, and Buddha’s Karma Burger make three tasty choices. 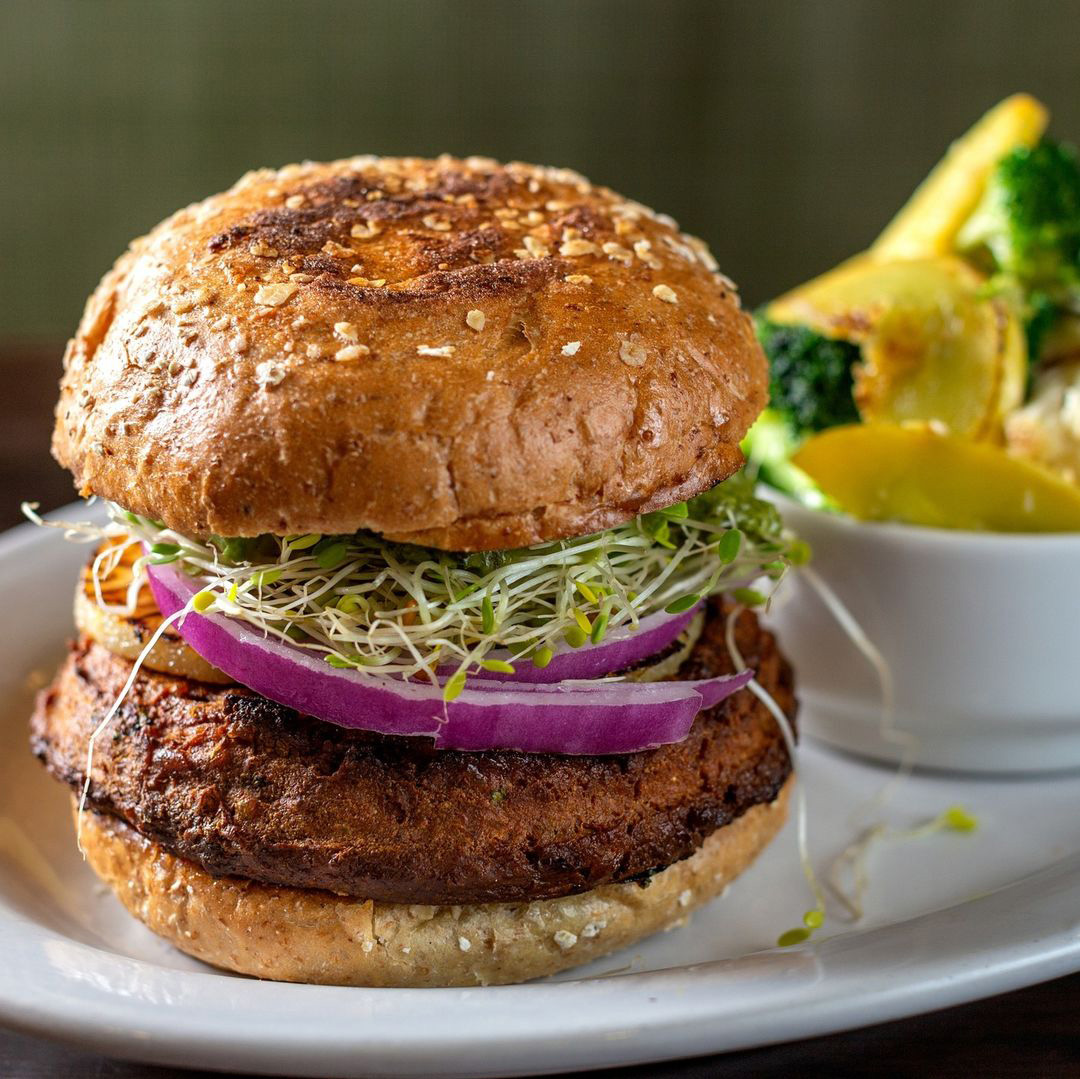 On Tuesdays and Wednesdays, we head to Handlebar. While we love the vegan-friendly restaurant’s inclusive menu, we’re ordering the Handlesmash Burger & Fries special. This fast food-inspired handheld is a major fave! Imagine two house-made black bean patties, Chao cheese, caramelized onion, lettuce, pickles, and special sauce on a brioche bun. We aren’t drooling, you are! 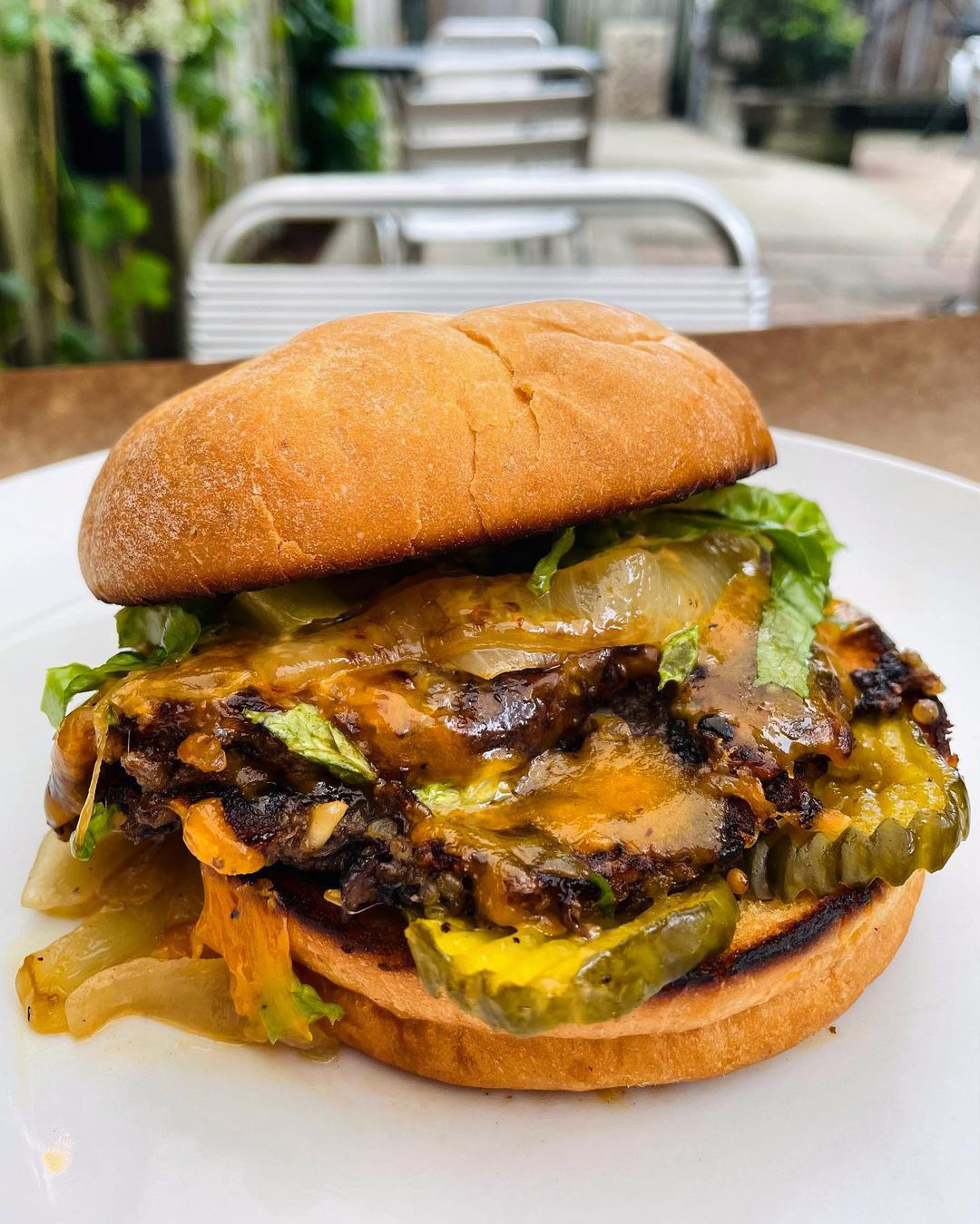 Bring your appetite because we’re heading to one of our fave burger spots in Chicago. Can’t Believe It’s Not Meat has two signature burgers, and you’ve gotta try them both. The Big Mik Burger features a double-decker patty, special sauce, vegan cheese, and all the veggies. Additionally, the “Who Betta” Burger comes with Epitome Sauce, sliced tomato, and dairy-free cheese. Oh, and we’re adding vegan bacon! 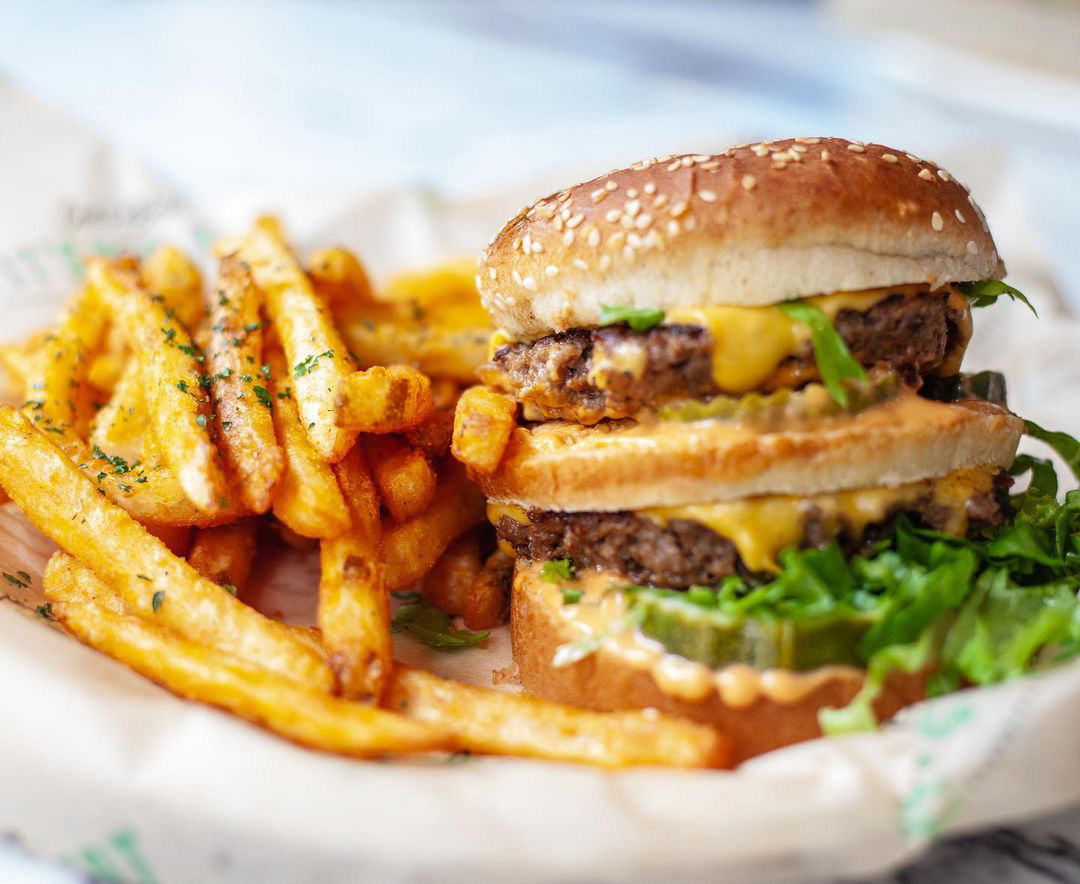