Where to Get Vegan Pizza in Chicago

Pizza is always a good choice. Check out our favorite plant-based pies in Chi-Town.

From dining at downtown pizzerias to ordering spur-of-the-moment pizza delivery, there’s no wrong way to enjoy a plant-based ‘za. But once pizza is on the menu, deciding where to order it from can be a tough decision. The city is full of plant-based pies loaded with house-made cashew ricotta, vegan sausage, and meat-free chicken. So, where do you choose? Check out our list for deets on where to get vegan pizza in Chicago.

This plant-based restaurant is one of the best spots for vegan pizza in Chicago! The fully vegan menu features a wide variety of dairy-free pies ranging from deep-dish to New York Style. We aren’t sure about you, but we’re not sleeping on the Mac and Cheese Deep Dish ‘za. Kitchen 17 also offers delivery through DoorDash and nationwide shipping. Say what? It’s giving Giordano’s a run for their money. 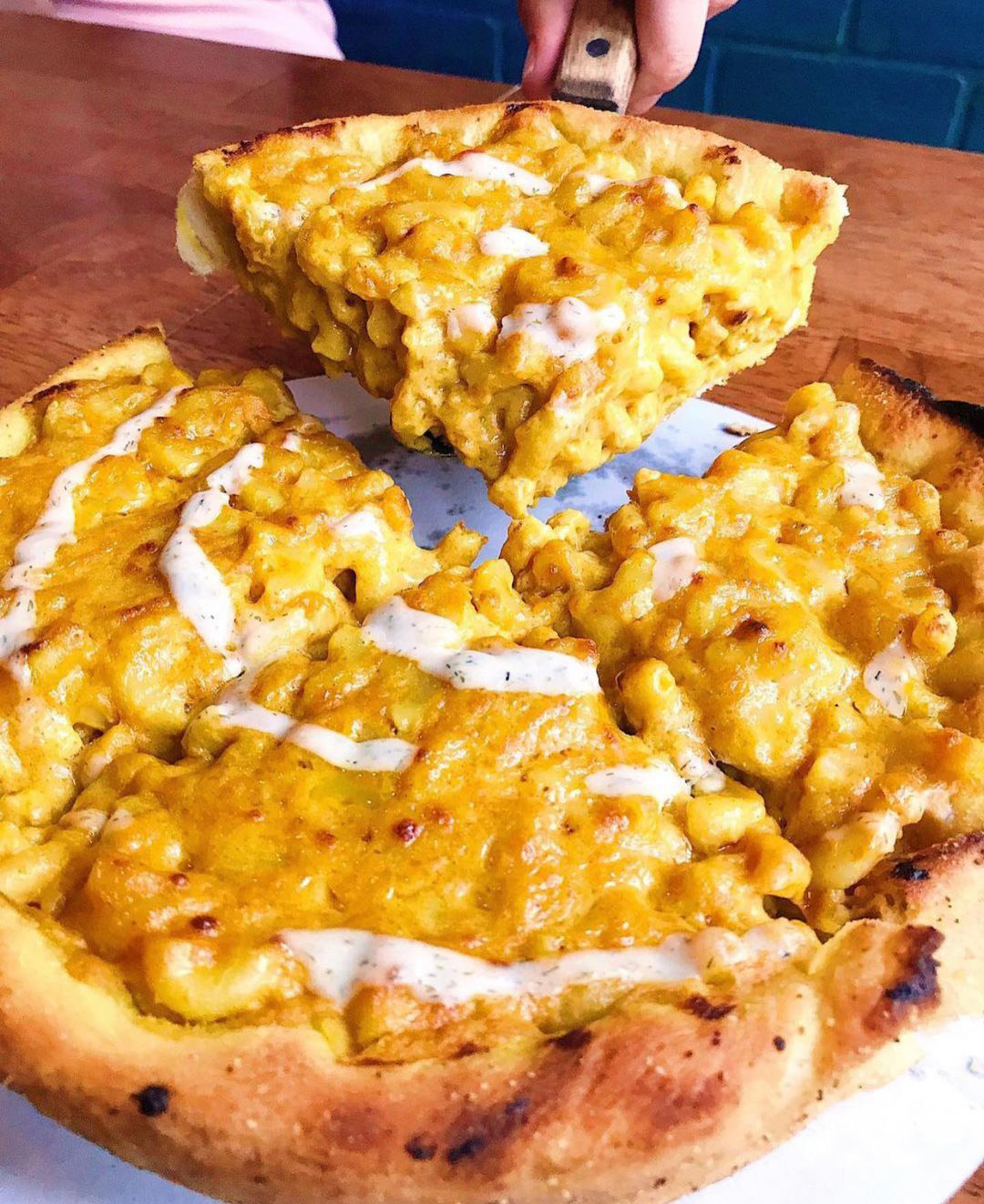 When in Chicago, head to Paulie Gee’s and peep the vegan-friendly menu. Featuring cashew ricotta and house-made Vegan Fennel Sausage, the plant-based pies from the Logan Square location aren’t messing around. When dining in Wicker Park, choose from two vegan pies or go for the BIG BOY Vegan Calzone. No matter which site you choose, you won’t leave hungry. 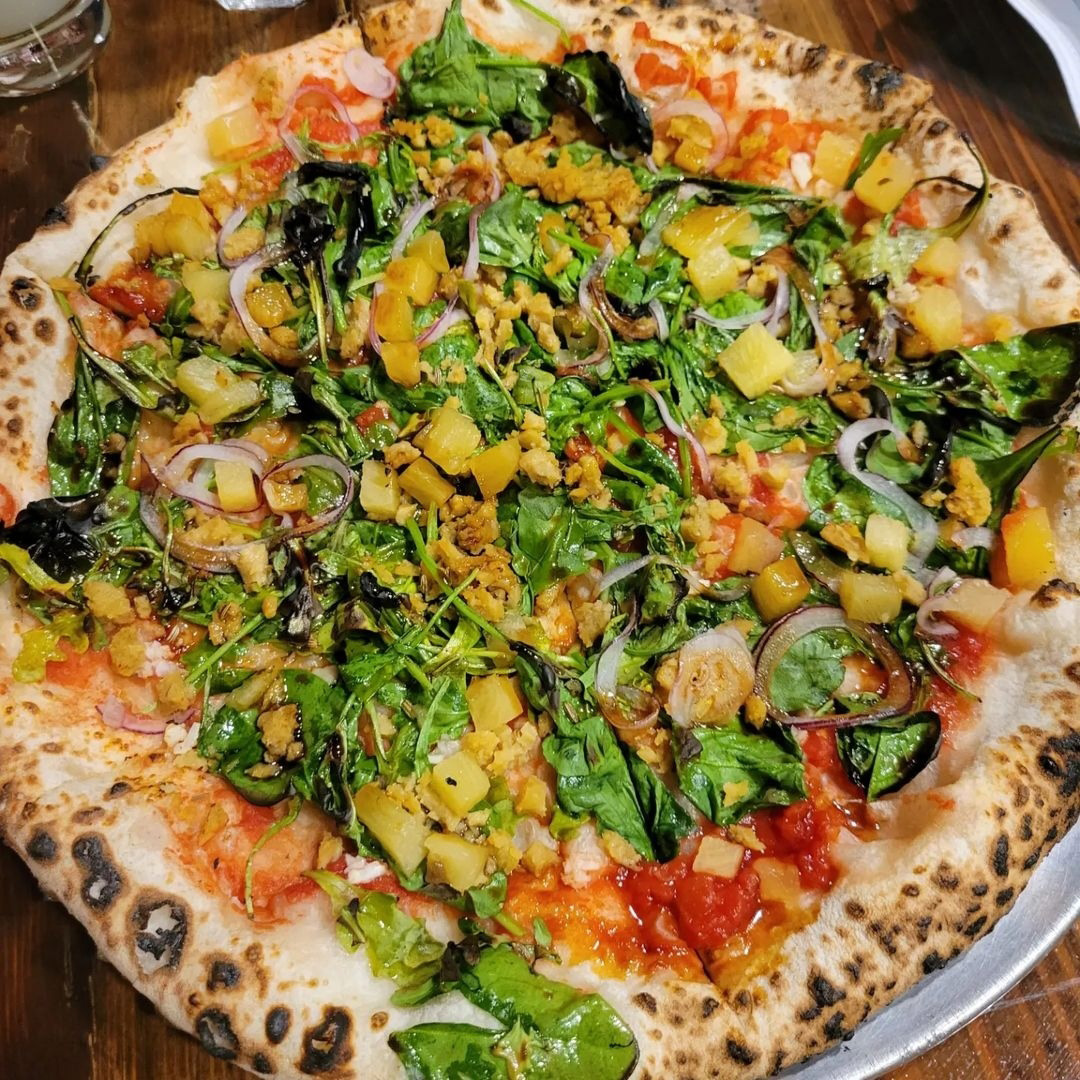 When you’re not sure what pizza you’re in the mood for, let Dimo’s Pizza decide. With options like Vegan Margherita to The Vegan Buff Chicken, Dimo’s has some of the best vegan pizza in Chicago. Additionally, if you’re dining gluten-free, this is the place to be! The veggie-packed Florence Ballard pizza on GF crust sounds pretty good to us! 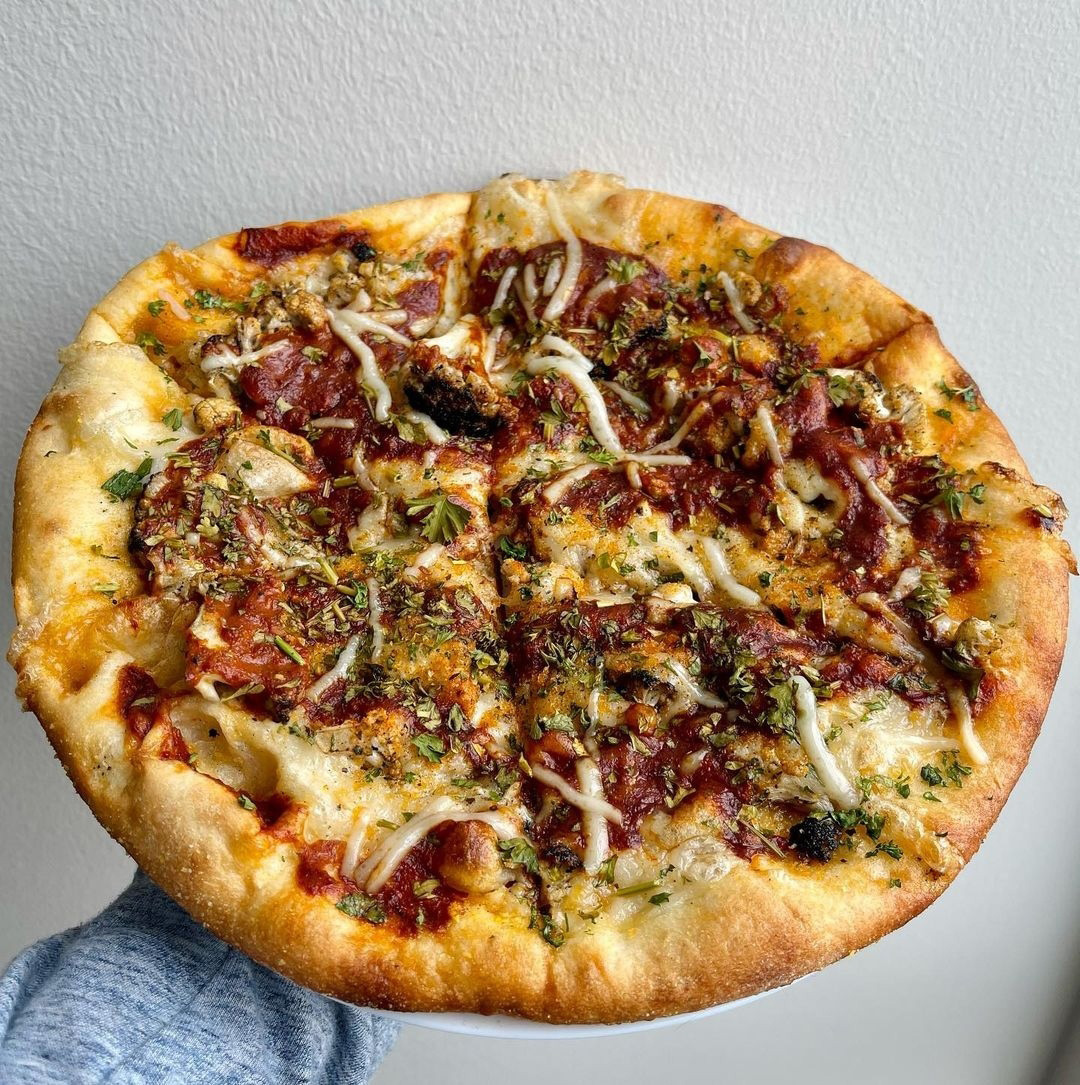 For a little break from Chicago-style pizza, Fiammé offers oak-fired pies in Neapolitan and Detroit-style preparations. Both the “Unbeleafable” and “They Don’t Have Beef With Me” varieties are totally plant-based. How could you tell? The latter features seitan pepperoni and sausage, cashew ricotta, red sauce, and vegan mozzarella. But don’t stop there—there’s a vegan dessert to enjoy, too. 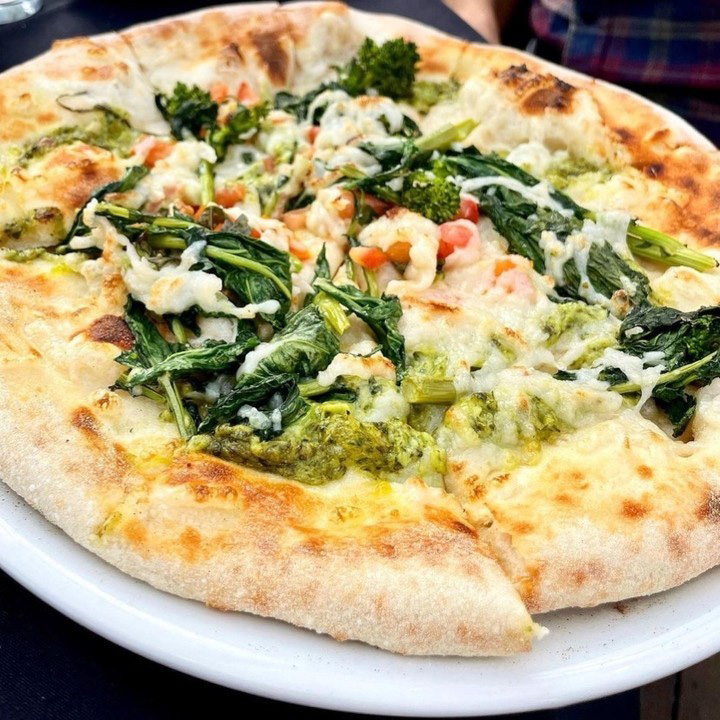 Located only a few miles from downtown, Homeslice has the hookup on vegan pizza in Chicago. Not only is there a section filled with veggie-packed pies, but you can sub dairy-free cheese on your favorite variations. Loaded with roasted red peppers, onions, olives, mushrooms, pepperoncini, and artichokes, the Very Gary with vegan cheese is our go-to. Additionally, diners can build their own plant-based pies. 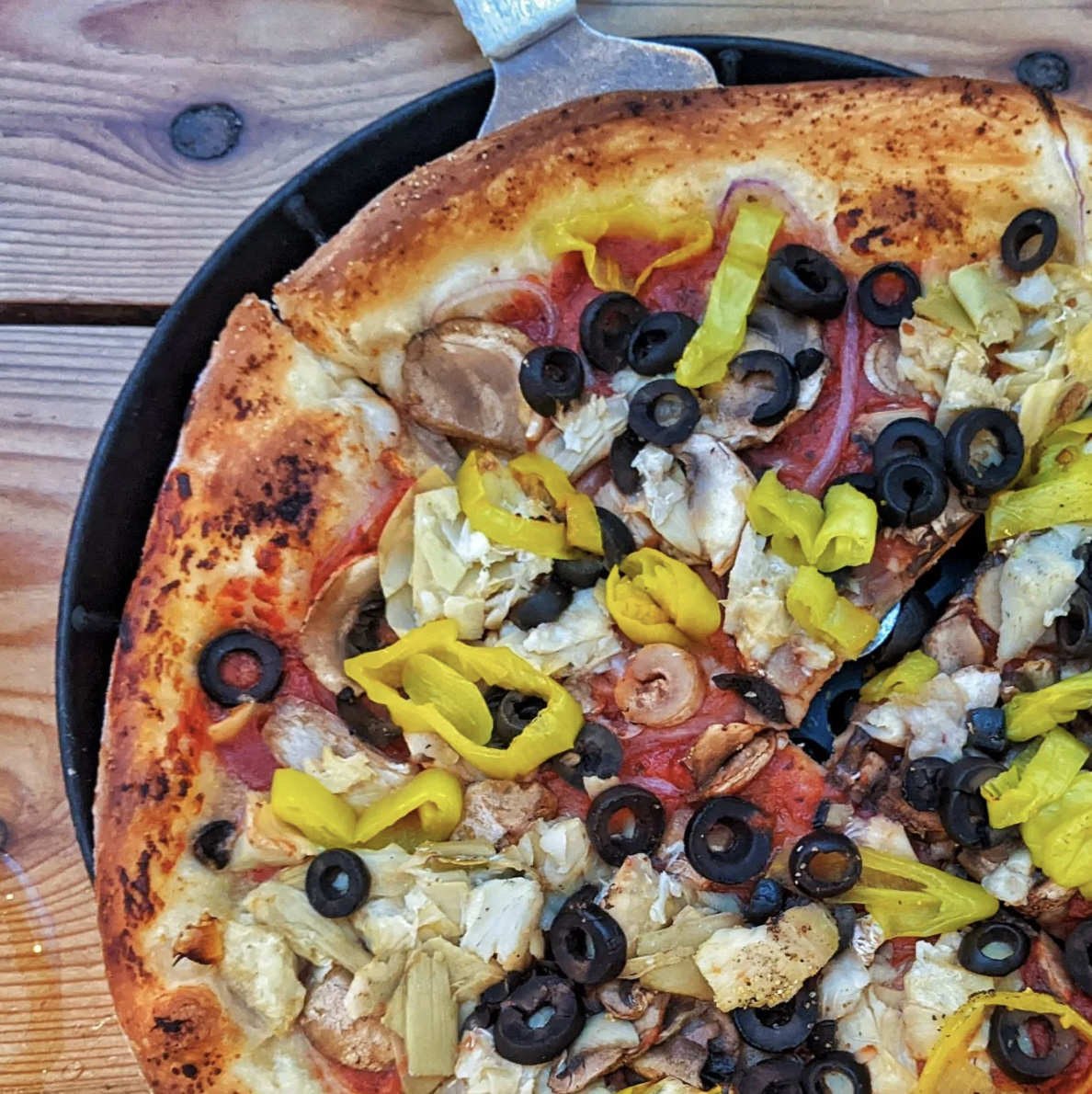 When in Chicago, you go to Dante’s Pizzeria. During our trips to the Windy City, you can find us rotating through the entire vegan pizza section. Hey, it’s hard to narrow it down to one pie. The Vegan Diavalo features Palermo’s Unreal Vegan Pepperoni, poblano, garlic oil, and vegan mozzarella and is often in our rotation. 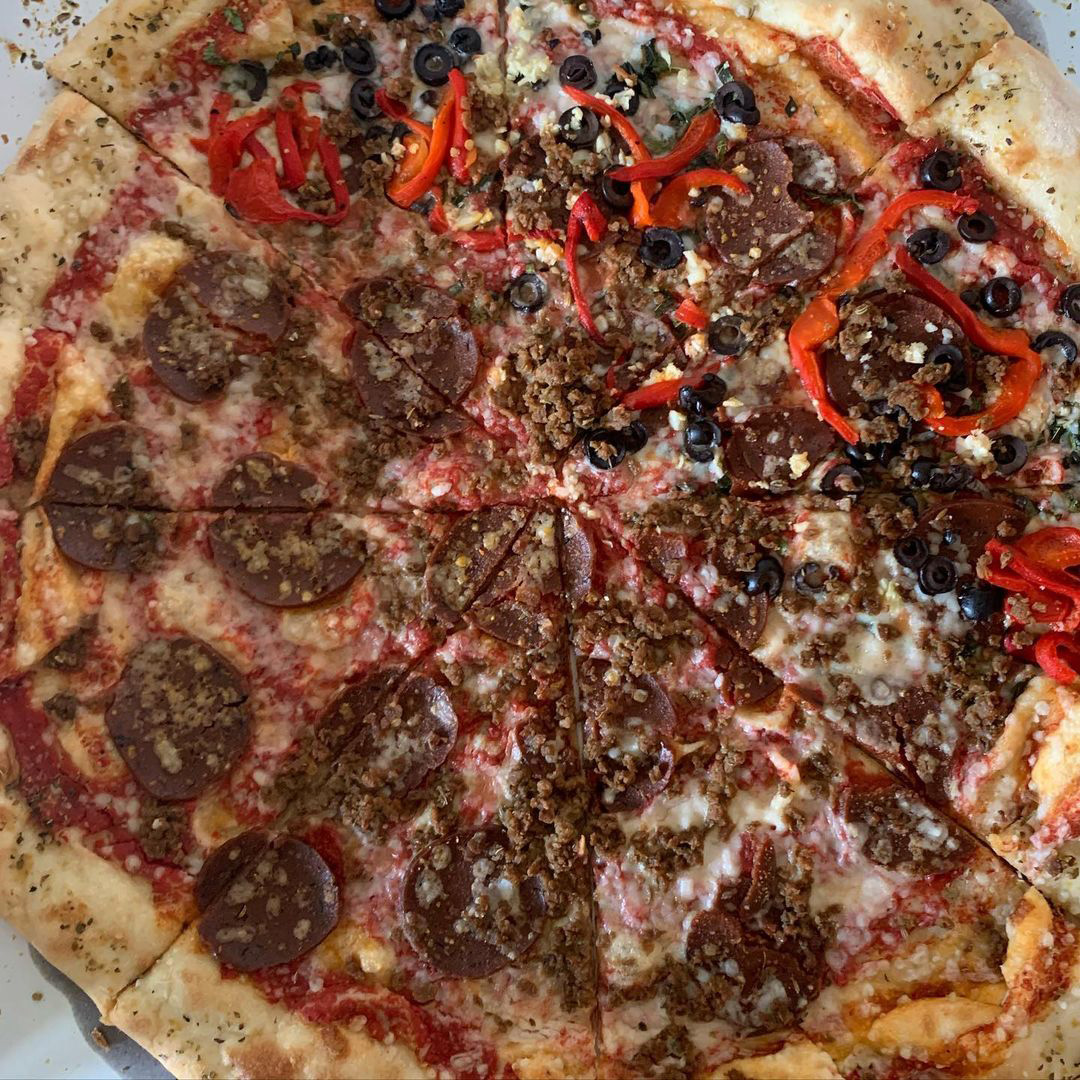 Order an appetizer of Chic’n Nuggets for the table as you peruse the menu for the ultimate vegan pizza. Opt for the Vegan Chicago Style pie loaded with dairy-free mozz and parm, plant-based sausage and pepperoni, peppers, and garlic. Feeling creative? Then it’s time to build your own. With a variety of meat and cheese alternatives, along with all the veggies, Easy Street Pizza has the plant-based ‘za hookup. 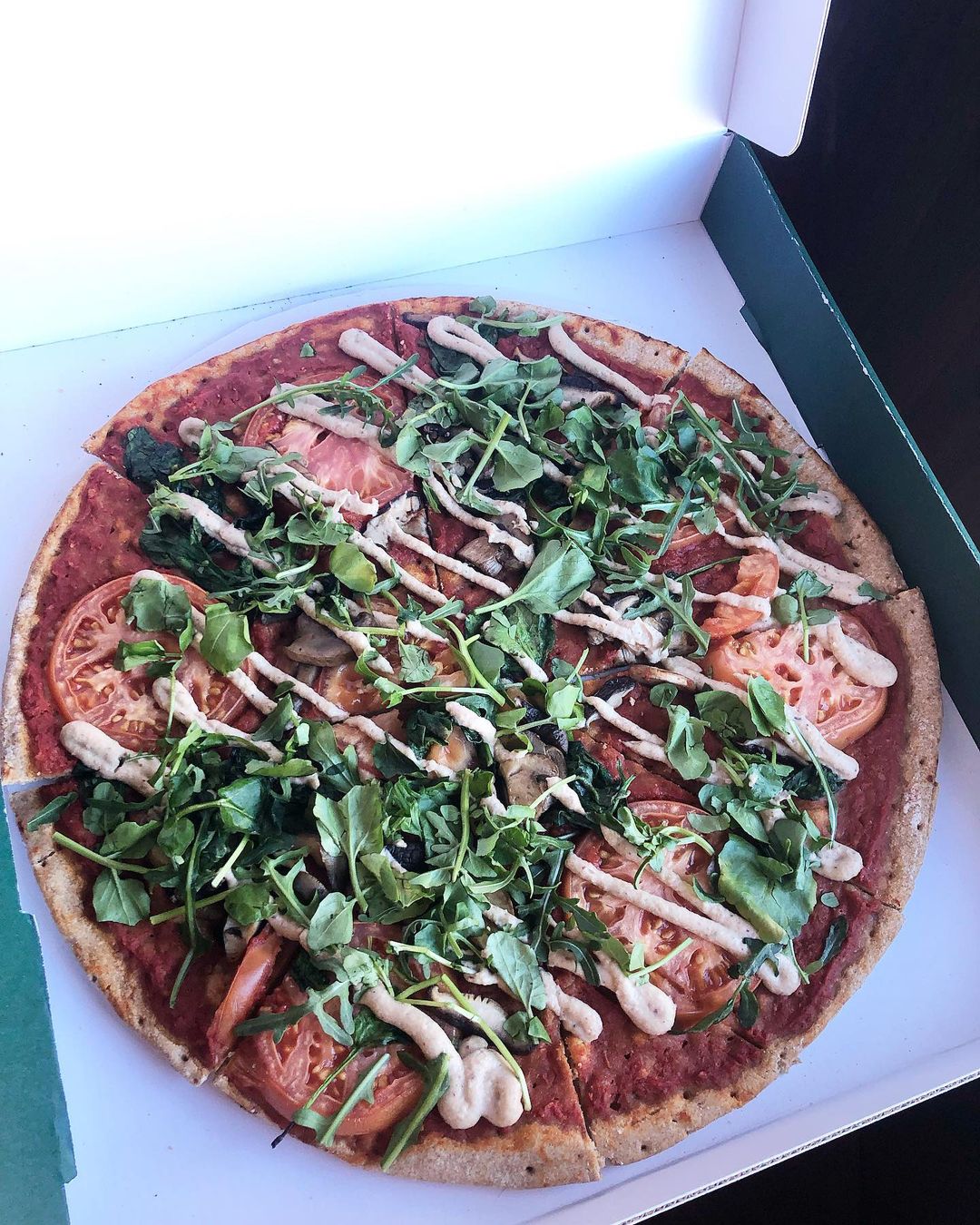 Reno is keeping the vegan options coming! While we could get lost in the fresh salads and plant-based pasta, we’re here for the pizza. Both the Sweet Steve and JoJo pies are cruelty-free. Steve features roasted pears, tofu ricotta, arugula, garlic, and chili oil, while JoJo contains romesco, peppers, arugula, and hot sauce. Yum!

Have you found yourself in the mood for a slice of pizza, but don’t want to commit to a full pie? The Boiler Room understands. This Chicago eatery offers a daily dairy-free slice with rotational toppings. If you’re hungry for more, The Boiler Room also offers a seasonal vegan pie along with many build-your-own options. 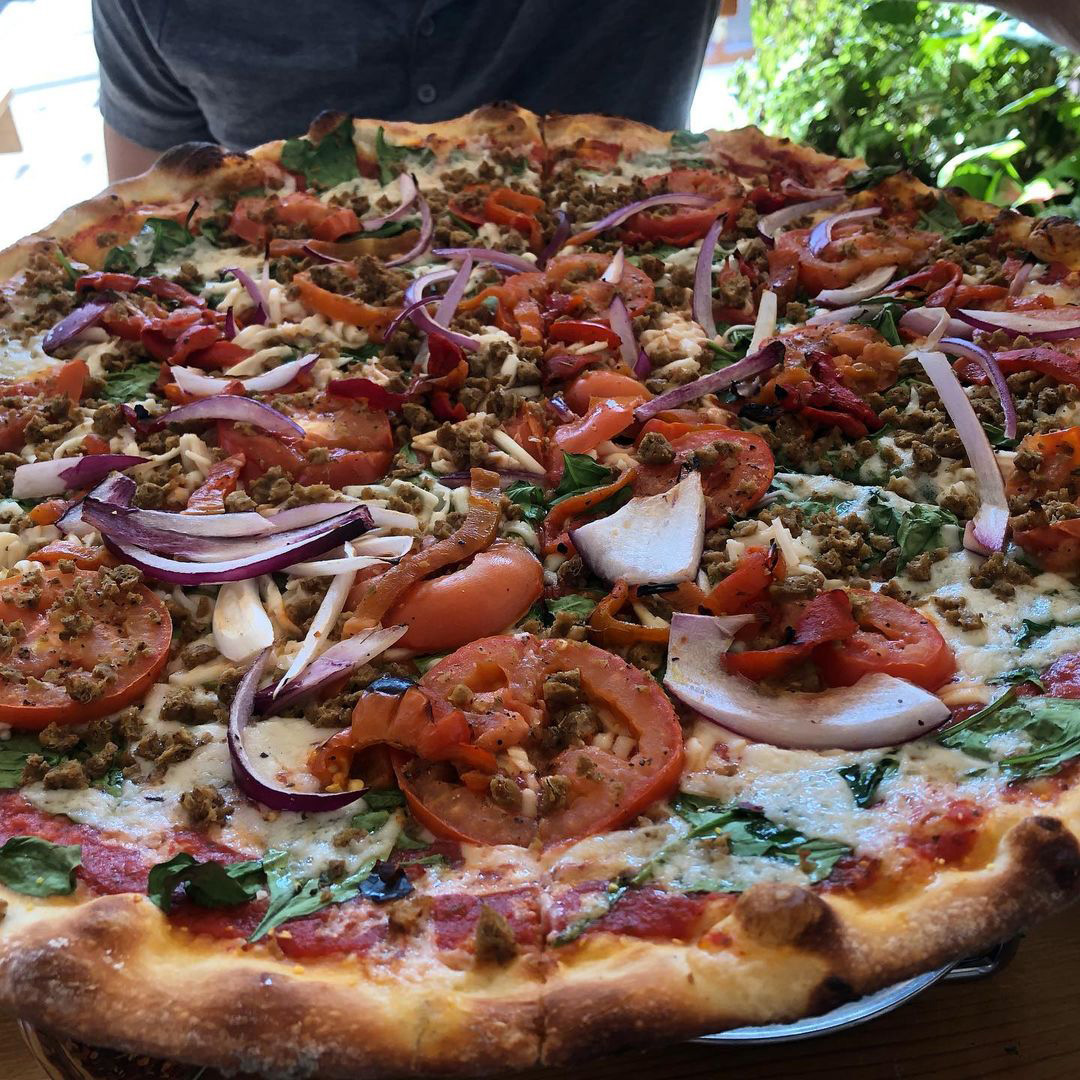 The vegan menu at My Pi Pizza is seriously speaking to us. Beyond the salads, sandwiches, and garlic bread is some of the best vegan pizza in Chicago. Build your own or order the Vegan Sausage Special. This pre-set ‘za contains mushrooms, onions, and green peppers along with meat-free sausage. This Chi-Town establishment offers several pizza sizes perfect for sharing or not. 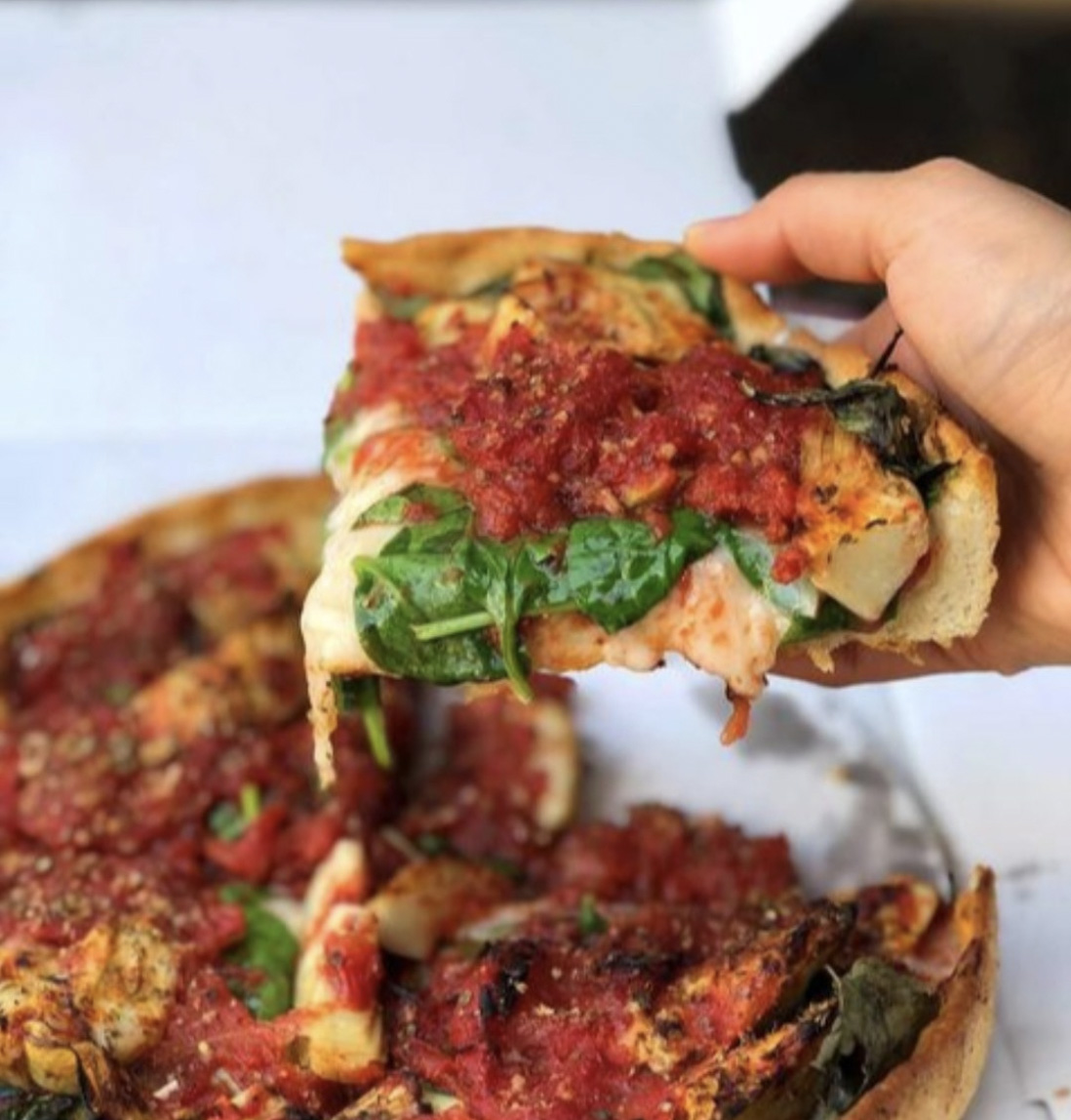 Pizza Friendly Pizza—more like vegan-friendly pizza if you ask us! First, don’t skimp on the Breadsticks with Vegan Cheese from this laid-back neighborhood eatery. And for the main event, the Miso Mushroom pie is the move to make. Featuring shiitake mushrooms, black garlic, miso onions, green onions, and tofu ricotta, this pizza cannot be turned down. 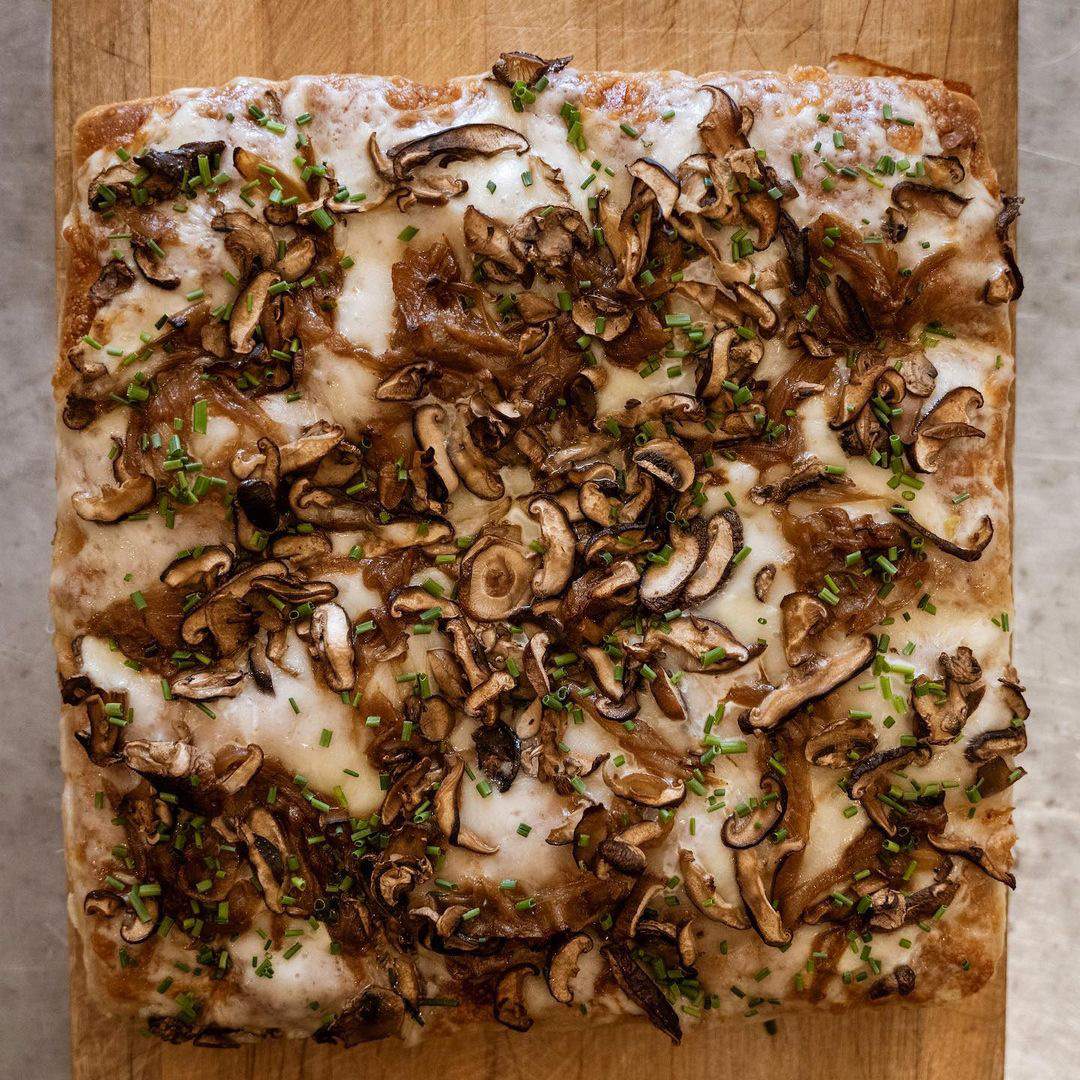