This plant-based queen is making some of the best vegan Italian food in the US!

Since opening in the fall of 2018, Pura Vita has attracted people near and far with its diverse and authentic plant-based Italian menu. Ask any vegan on the West Coast about their top restaurants, and chances are, Pura Vita will be one of the first names mentioned. From the immersive venues, impeccable service, and mind-blowing dishes, Pura Vita is one of the best vegan restaurants in Los Angeles—all thanks to the inspiring and talented vegan female chef Tara Punzone.

Since she was a child, Chef Tara Punzone knew she would open a vegan Italian restaurant. She was first inspired by her grandparents, who owned a popular Italian sandwich shop in Brooklyn called Punzone’s Heros. “There are so many incredible memories and stories from this little market. I idolized my grandpa for this reason. I wanted to be like him. I wanted to bring people together and make them happy and create a space that would be talked about in the community,” shared Punzone. After transitioning to a vegan lifestyle at age 12, Punzone told her dad she was going to open a vegan Italian restaurant—and years later, she did just that. 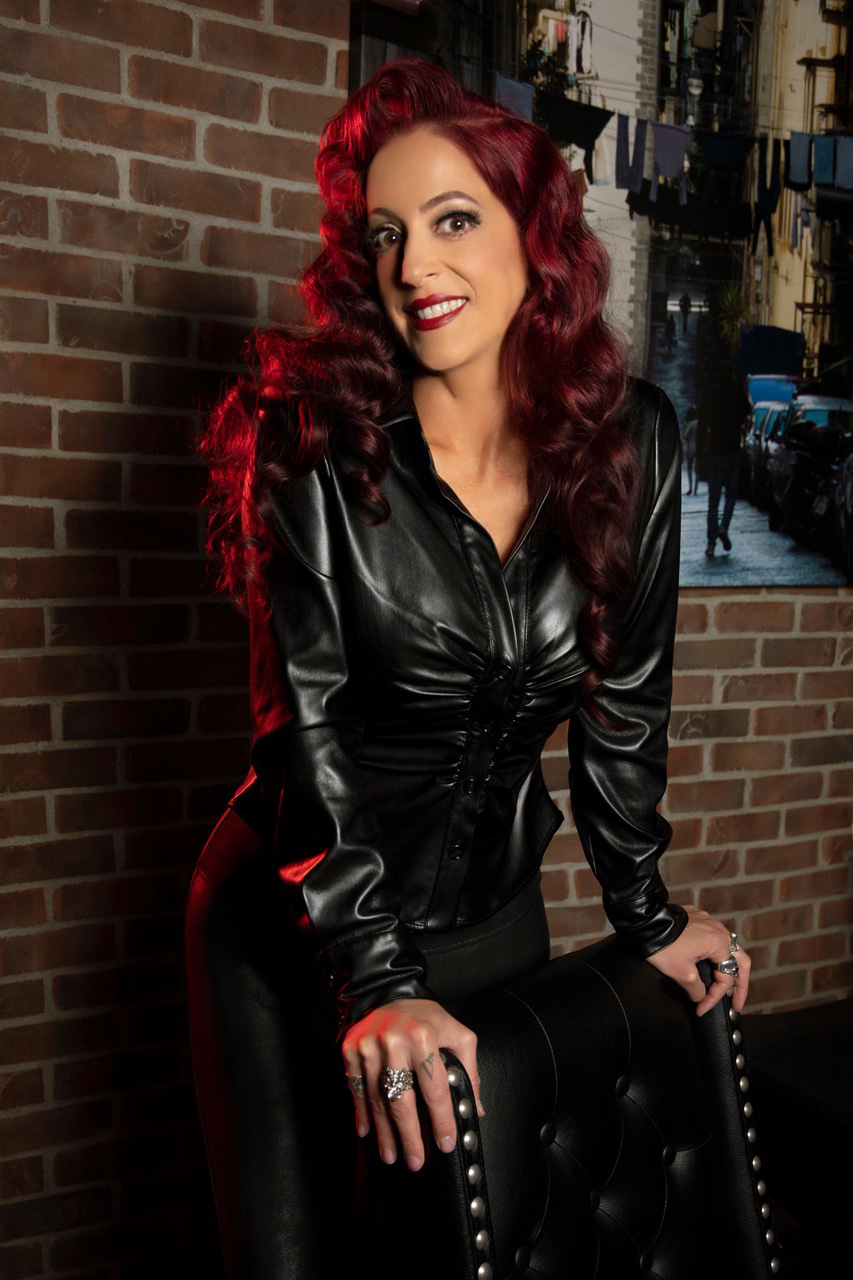 Punzone worked as a chef at other restaurants for many years before she found the perfect spot in West Hollywood to open her own restaurant. In September of 2018, she opened the very first vegan Italian restaurant and wine bar, Pura Vita. The name translates to “pure life,” which is the same as “pura vida” in Spanish. Punzone told VegOut, “I fell in love with Costa Rica over 20 years ago, and I got “pura vida” tattooed on my wrists. When we were working on the restaurant opening, I was unsure of which name I wanted. My business partner was like, ‘You already have the name of the restaurant tattooed on your arms!’ It hit me that I could simply change one letter to make it Italian! However, when we were first opening, EVERYONE thought it was a Costa Rican restaurant, so there was a lot of explaining to do!” 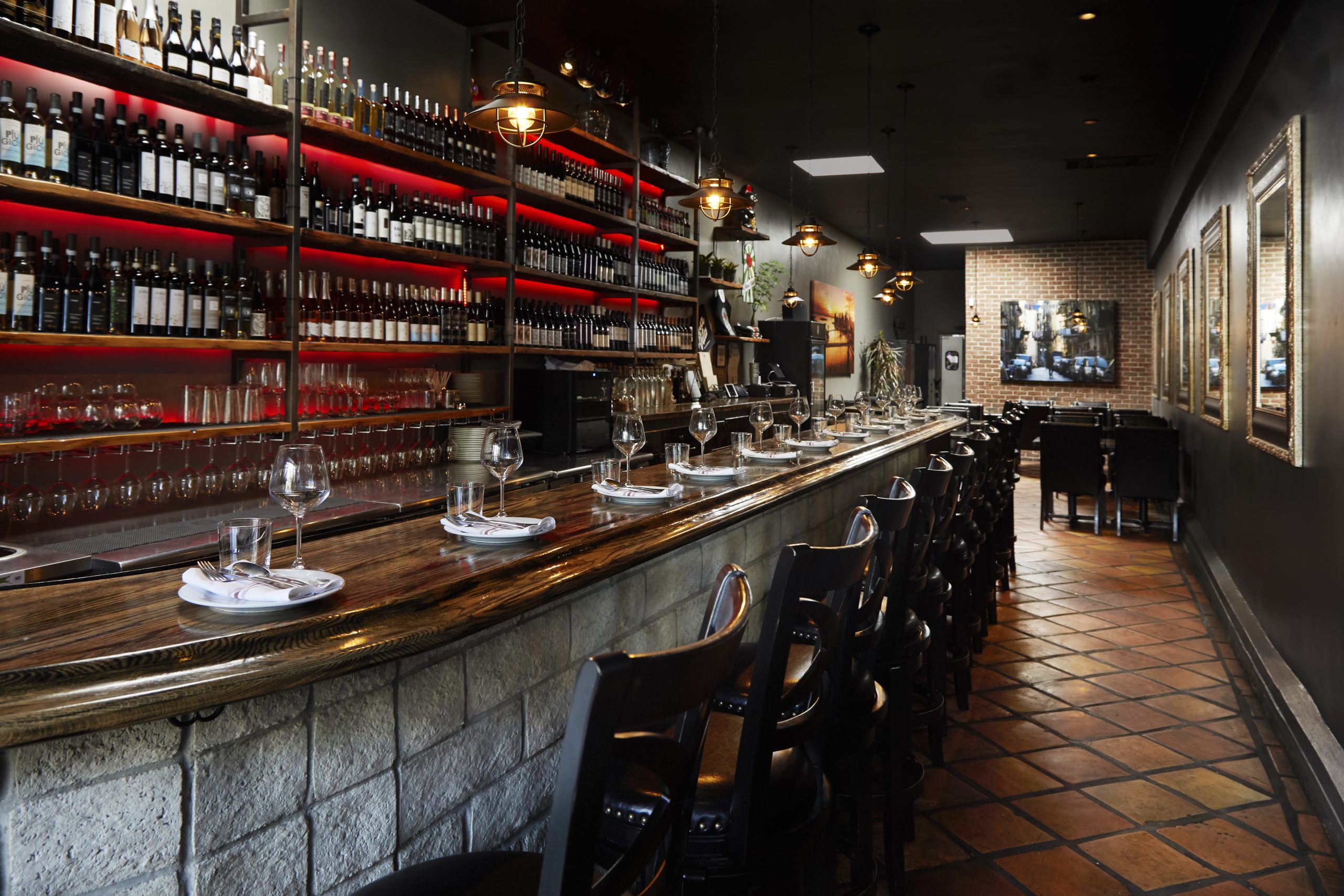 The Menu at Pura Vita

Pura Vita gives off New York Italian restaurant vibes, which makes perfect sense as Punzone is an Italian-American who grew up in Brooklyn. The menu at Pura Vita features fresh-made pasta, Neapolitan-style pizza, vegetables, salads, calzones, and other classic Italian dishes, all made from locally sourced organic vegan ingredients. There are plenty of gluten-free options, which are typically hard to come by in Italian cuisine. 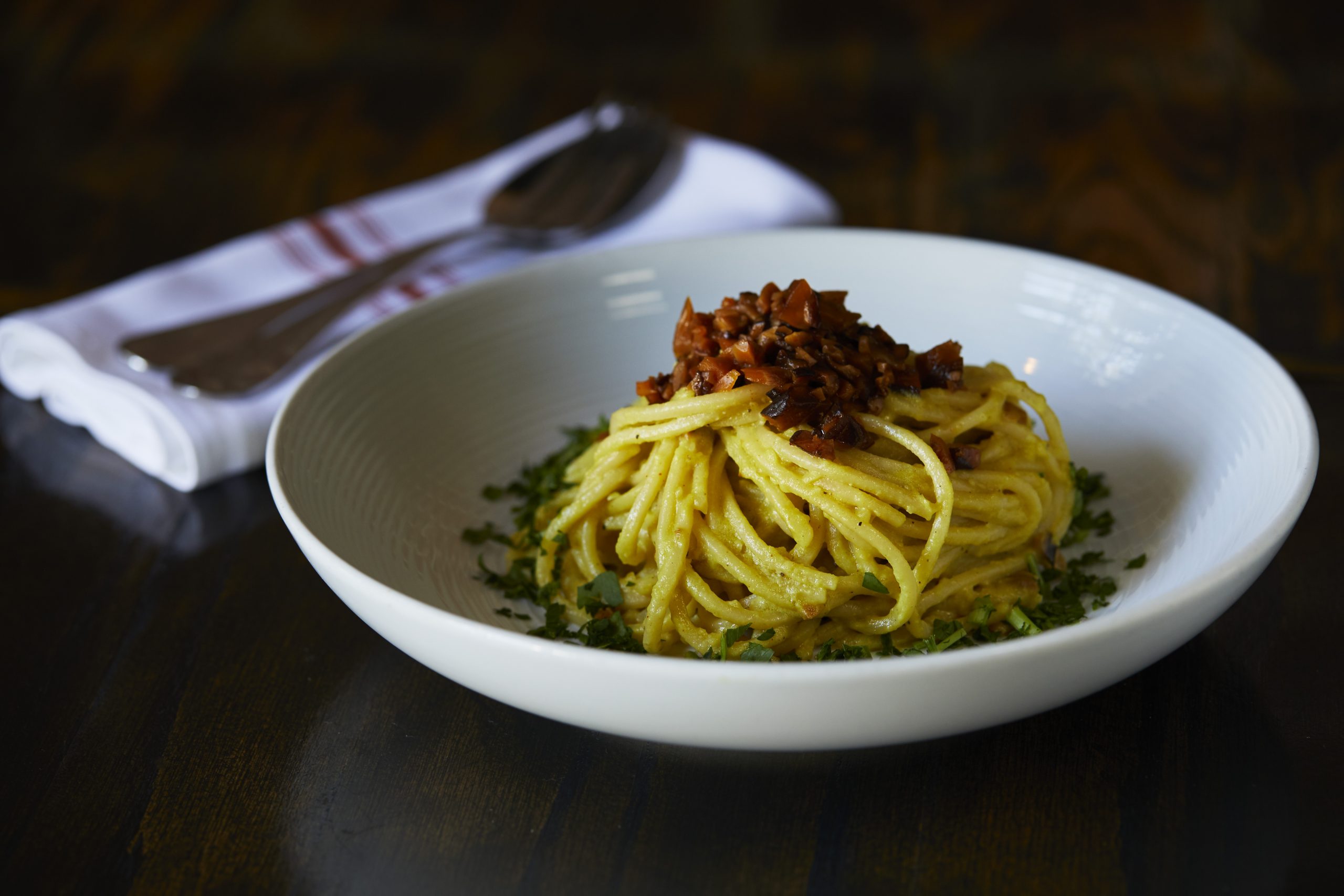 Pura Vita’s most popular dish has to be their vegan carbonara made of spaghetti in an avocado egg and macadamia romano cream with shiitake bacon on top. We asked Punzone what inspired that menu item, and she said, “[It] came to me in my dreams. Literally. I dreamt that I was making carbonara, and I could see and smell all the ingredients. The next day I was telling my sous chef about the dream, and he was like, ‘Let’s try it!’ We made it according to my dream and ran it as a special, and it has been the biggest-selling dish on the menu ever since!”

Due to the overwhelming success of her first location and menu, Punzone has since expanded to two other brick-and-mortar locations with slightly different offerings. In May of 2020, Pura Vita Pizzeria opened next door to the original West Hollywood location, and in February of 2021, another Pura Vita opened in Redondo Beach. When asked about her future plans, Punzone teased a vegan cookbook and a Pura Vita location in Costa Rica one day. 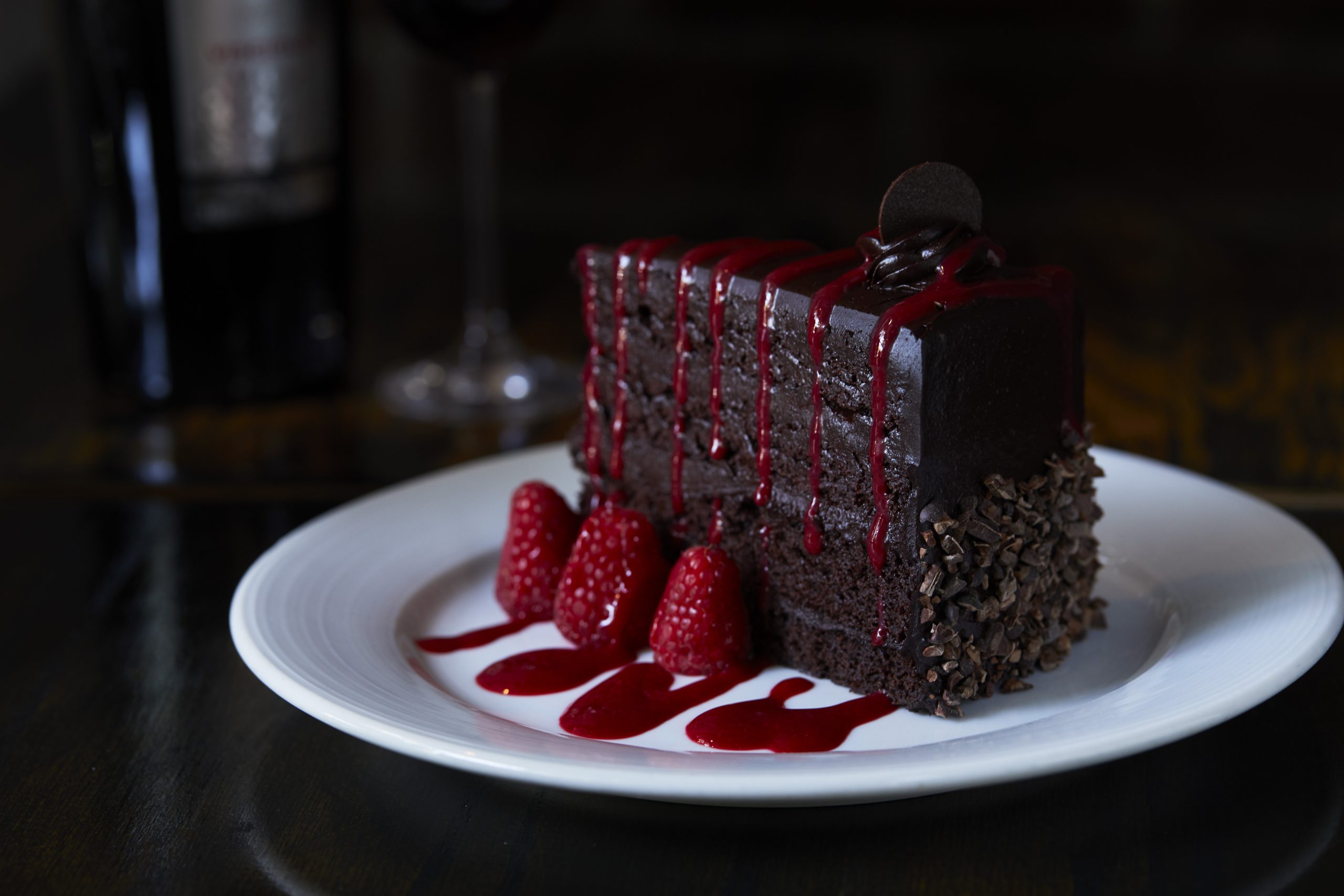 Even though Chef Tara Punzone has gained much attention in the culinary world, she had to work extremely hard to get where she is today. “Most of my career, I have been the only woman in the kitchen. As a woman, you must be even more strong than the strongest guy in the kitchen. I don’t mean muscles, I mean mental strength. So many women come to work in kitchens and then leave shortly after—when they realize how unbalanced it can be. You must be confident. You must know your worth. Otherwise, you will not have fun in the process,” Punzone stated.

In honor of Women’s History Month, Punzone would like to shout out the following vegan women-owned businesses in LA: L.O.V.E., Vegan Exchange/Vegan Street Fair, Satdha, Yoga-urt, Just What I Kneaded, and Kale My Name LA.