Fast-food restaurants broaden their customer bases by introducing meatless menus, some for the first time in their company’s history.

Fast-food giants asking the public if they’re interested in vegan-friendly options is a delicious trend that has developed over the past several years. The answer has always been a resounding “YES,” evidenced by vegan items becoming bestsellers before habitually selling out. You voted—and these are the best vegan-friendly fast-food restaurants across the US.

Chipotle is a staple on college campuses and an integral part of the lives of millennials, Gen Z, and gym enthusiasts. Its pinto beans, fajita vegetables, and Sofritas (braised poblano tofu, notable for being low-fat but full-flavored) have catapulted the brand onto the plates of people with diets of all kinds. 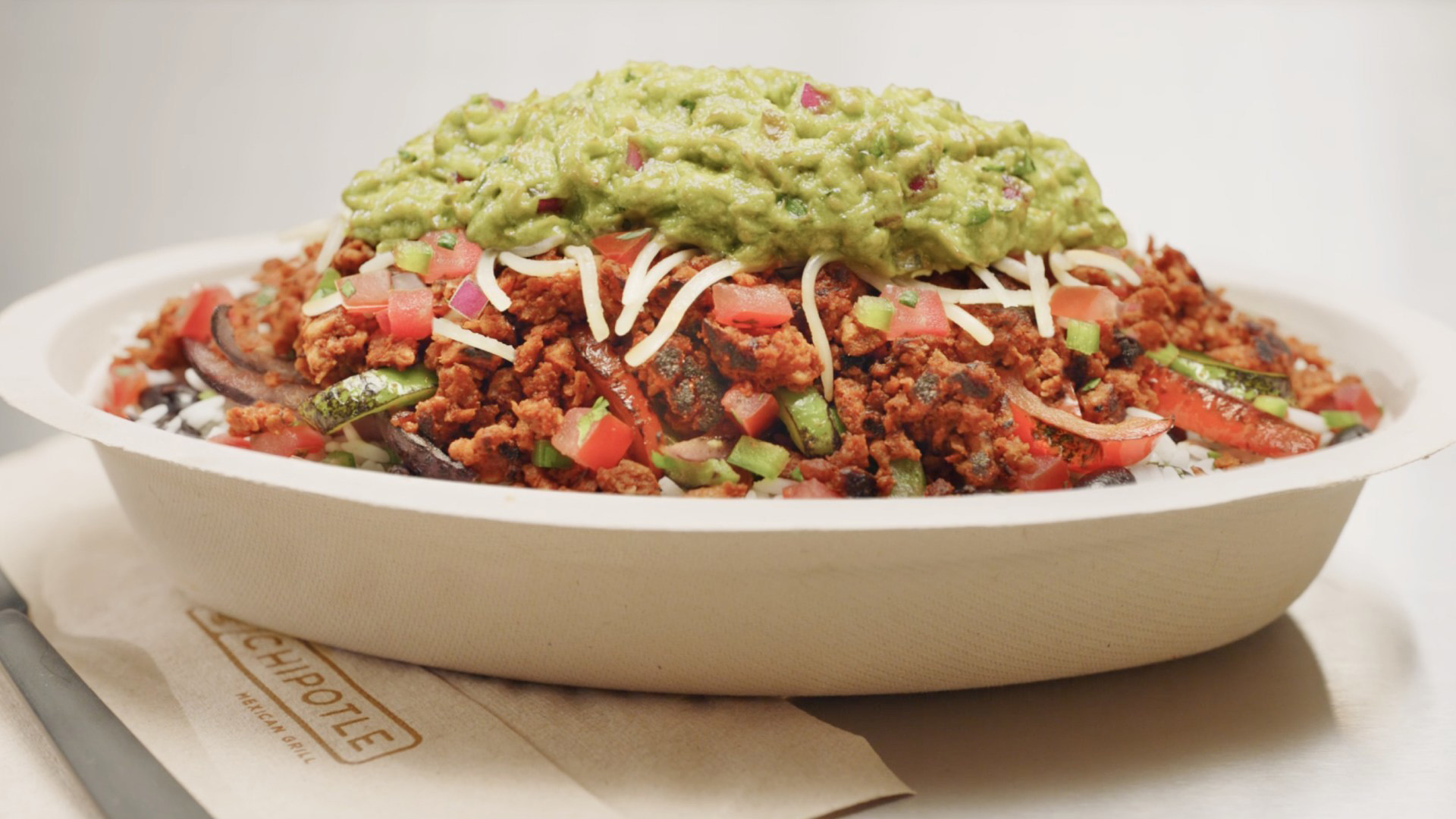 While the sweet, puffy cinnamon twists and the side of black beans & rice are already vegan, the famous Black Bean Crunchwrap Supreme is why you are here. Just omit the nacho cheese and sour cream, and you’re good to go. Click here for our guide on how to eat vegan at Taco Bell. 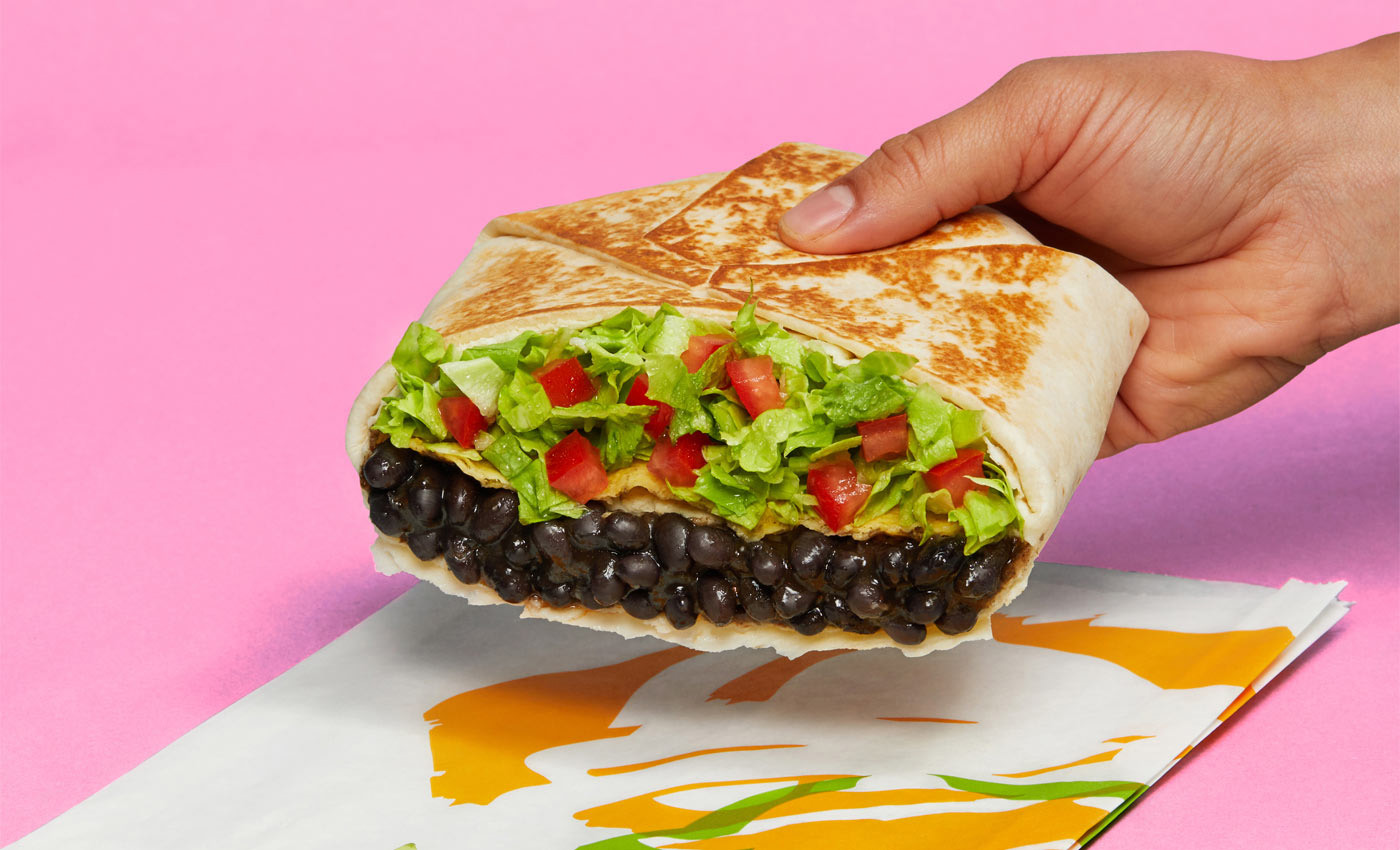 Blaze Pizza is a Pasadena-based fast-casual chain and the brainchild of veteran entrepreneurs Elise and Rick Wetzel of Wetzel’s Pretzels. Their high-rise, original, and house-made gluten-free doughs serve as the ideal base for soy-free vegan cheese, spicy plant-based chorizo, and an assortment of fresh sliced veggies. 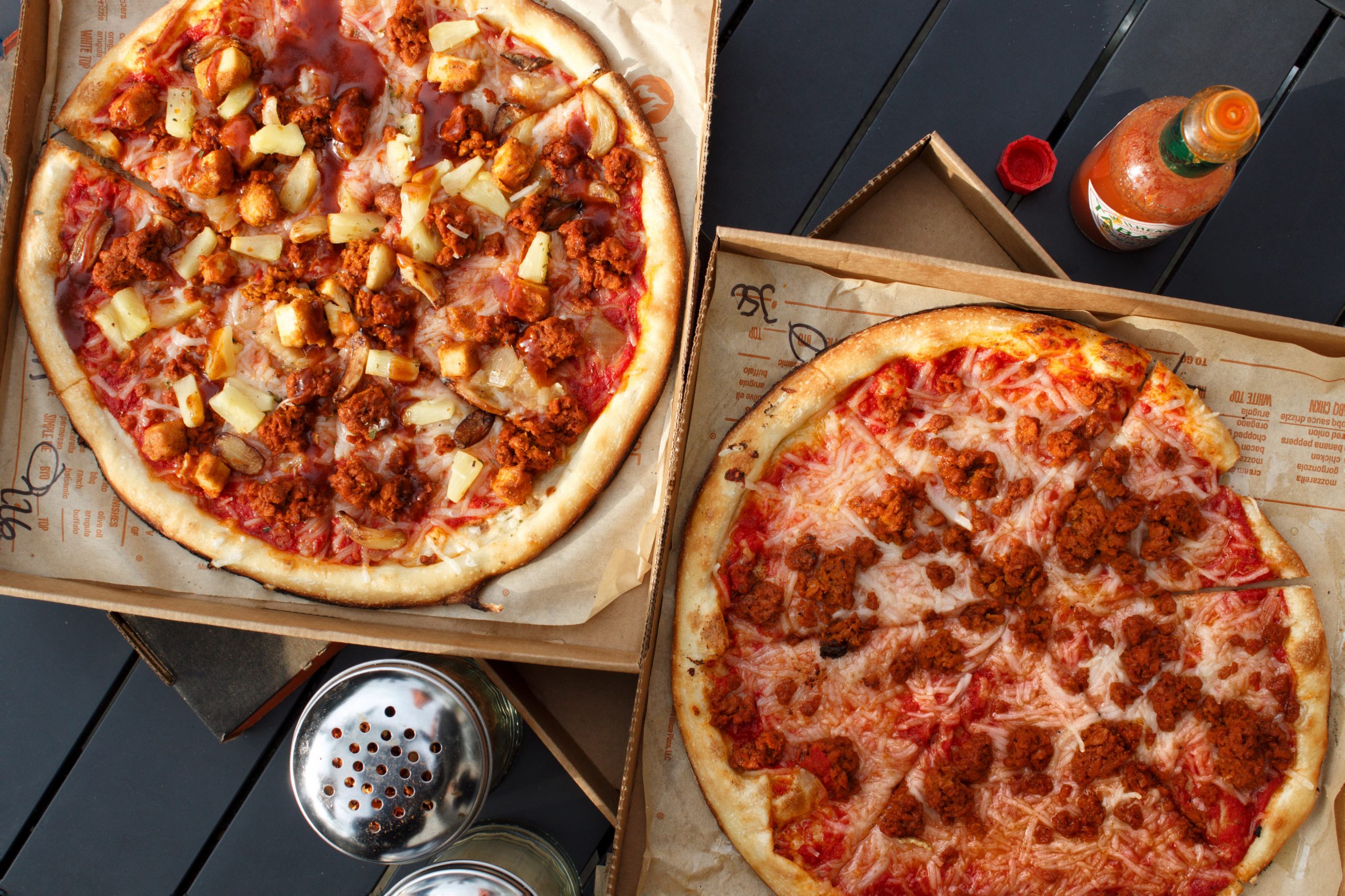 The green carrot identifies items that can be modified to accommodate a plant-based diet. This may include the Maya Angelou (prepared with “steak,” dirty sauce—aka garlic aioli, lettuce, and tomato) or a meatless Mike’s Meatball Sub. On those days when your creative culinary juices are flowing, build your handheld from scratch, as all sandwiches are fully customizable. 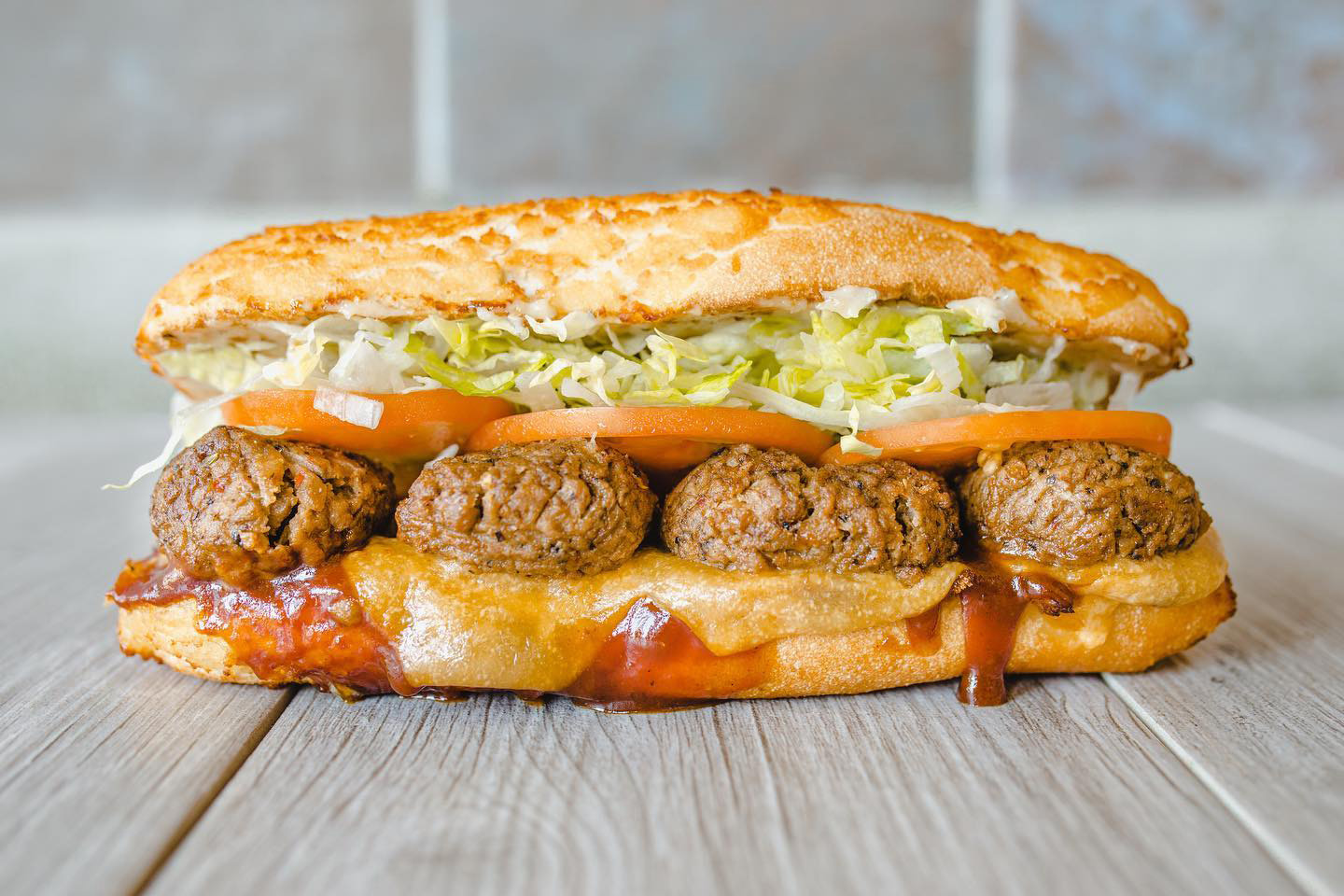 In 2019, Burger King gave its iconic Whopper an upgrade. The lettuce, tomato, ketchup, pickles, and onions remained, but the new version ditched the mayo and replaced the beef with an Impossible patty. Be sure to add an order of fries or hash browns to that burger. 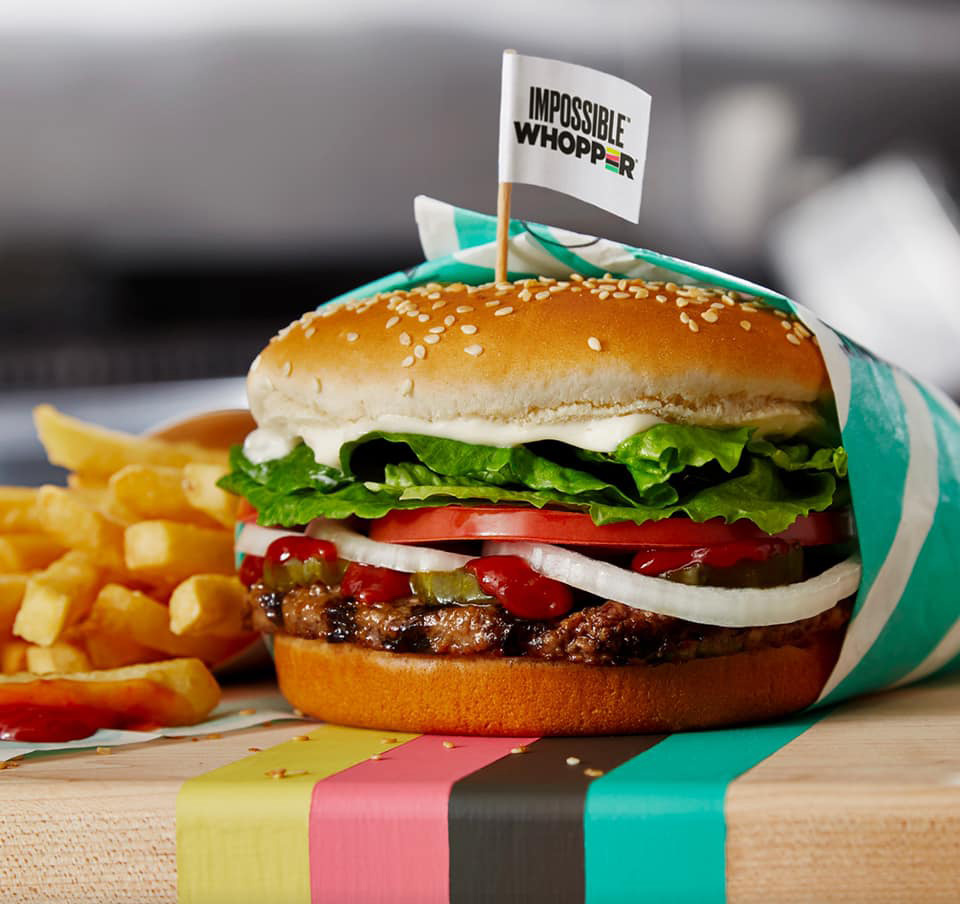 Del Taco sets itself apart with its entirely separate vegan menu. You can now proceed through the drive-thru and proudly proclaim, “I’ll have two Beyond Guacamole Tacos, one on corn, one on flour, with a side of Crinkle Cut Fries, please!” 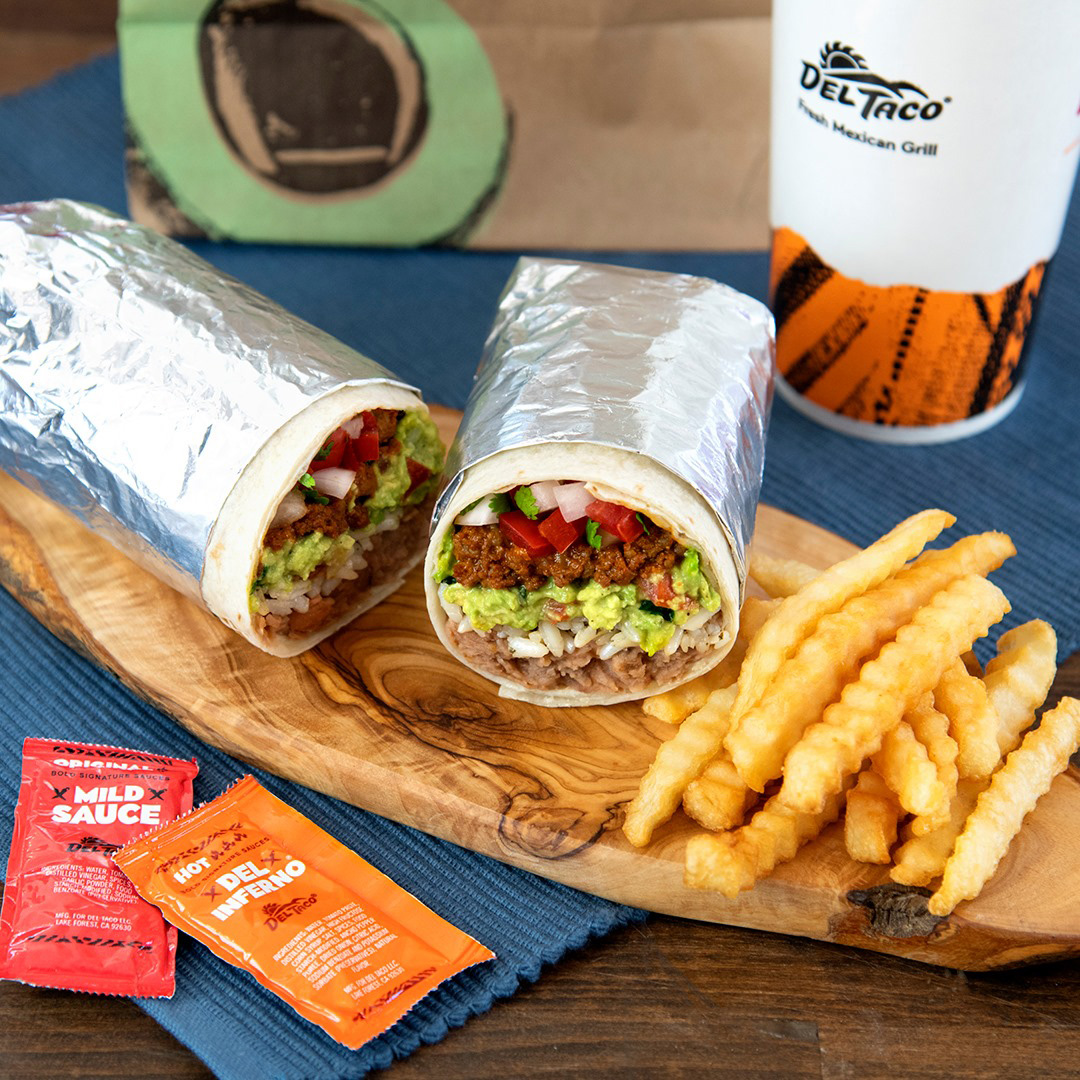 &Pizza is a rapidly expanding East Coast chain with a brick-and-mortar presence in states like New York, Maryland, and Pennsylvania. The ordering process is a breeze—choose from traditional or gluten-free dough, spicy or regular tomato sauce, and toppings like mozzarella, sausage, spicy chickpeas, broccoli, pineapple, arugula, and banana peppers. 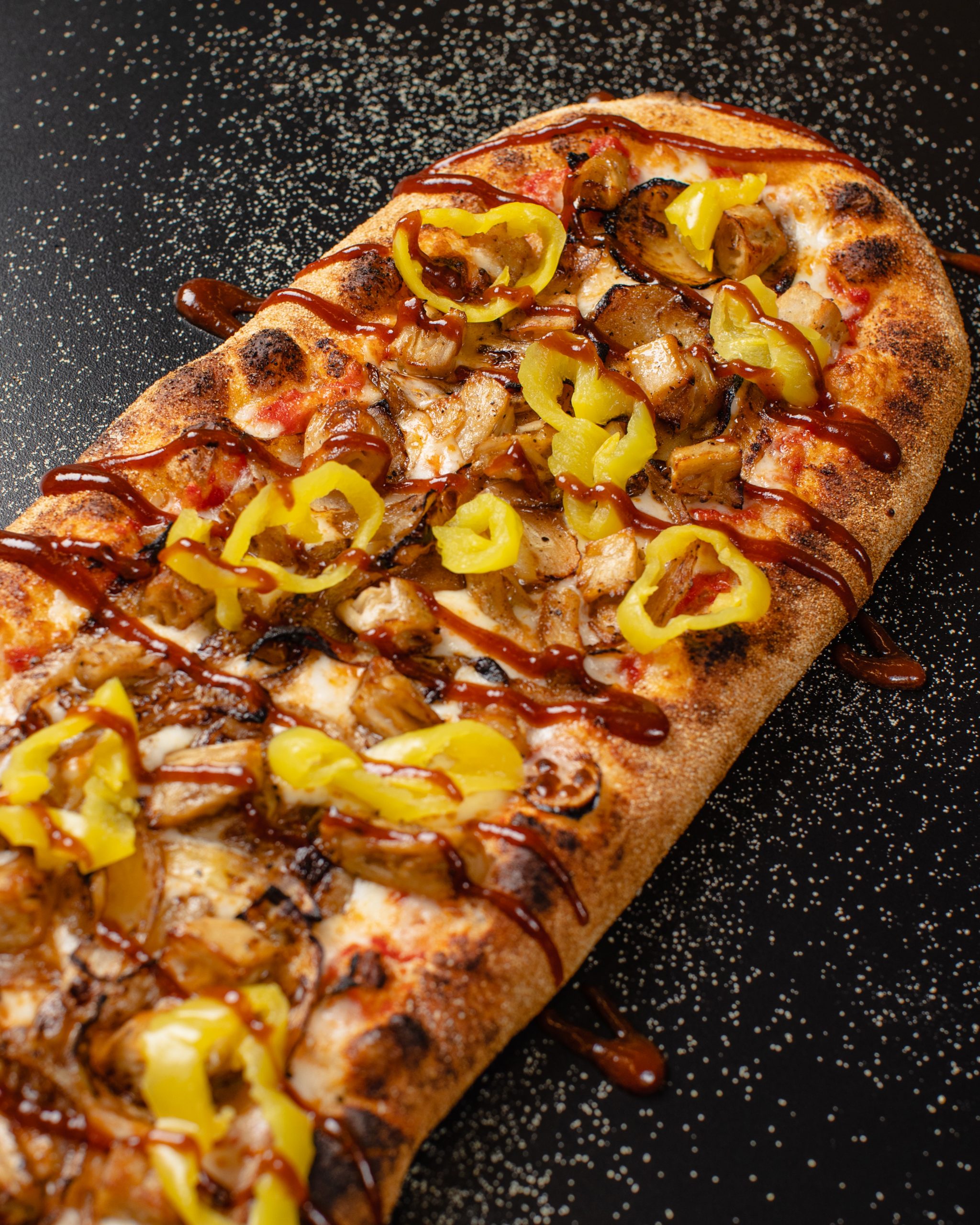 Qdoba’s 700+ stores across the US offer Mexican-inspired eats that include build-your-own items like a fajita bowl made with seasoned Impossible meat over a bed of cilantro-lime rice, topped with sauteed bell peppers and corn salsa. You can also select from an array of breakfast burritos, taco salads, or chips with chunky guacamole. Click here for our guide on how to eat vegan at Qdoba. 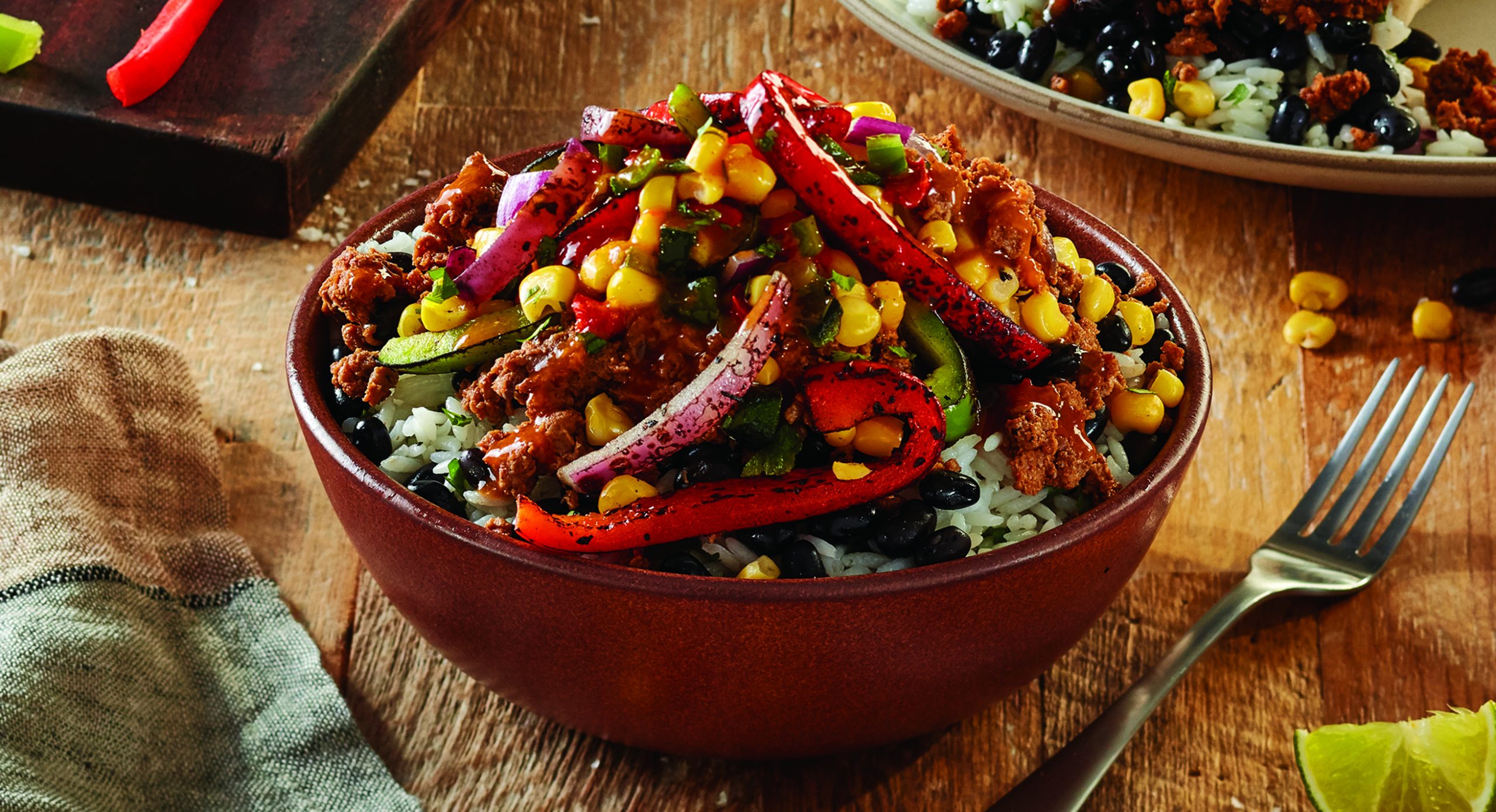 Panda Express reported selling 1,300 pounds of Beyond The Original Orange Chicken on July 26, 2021, the first day of its limited-time collaboration with Beyond Meat. This booming success led the company to extend its partnership to include Beyond Beef that’s added to both their mapo tofu and their side of string beans. 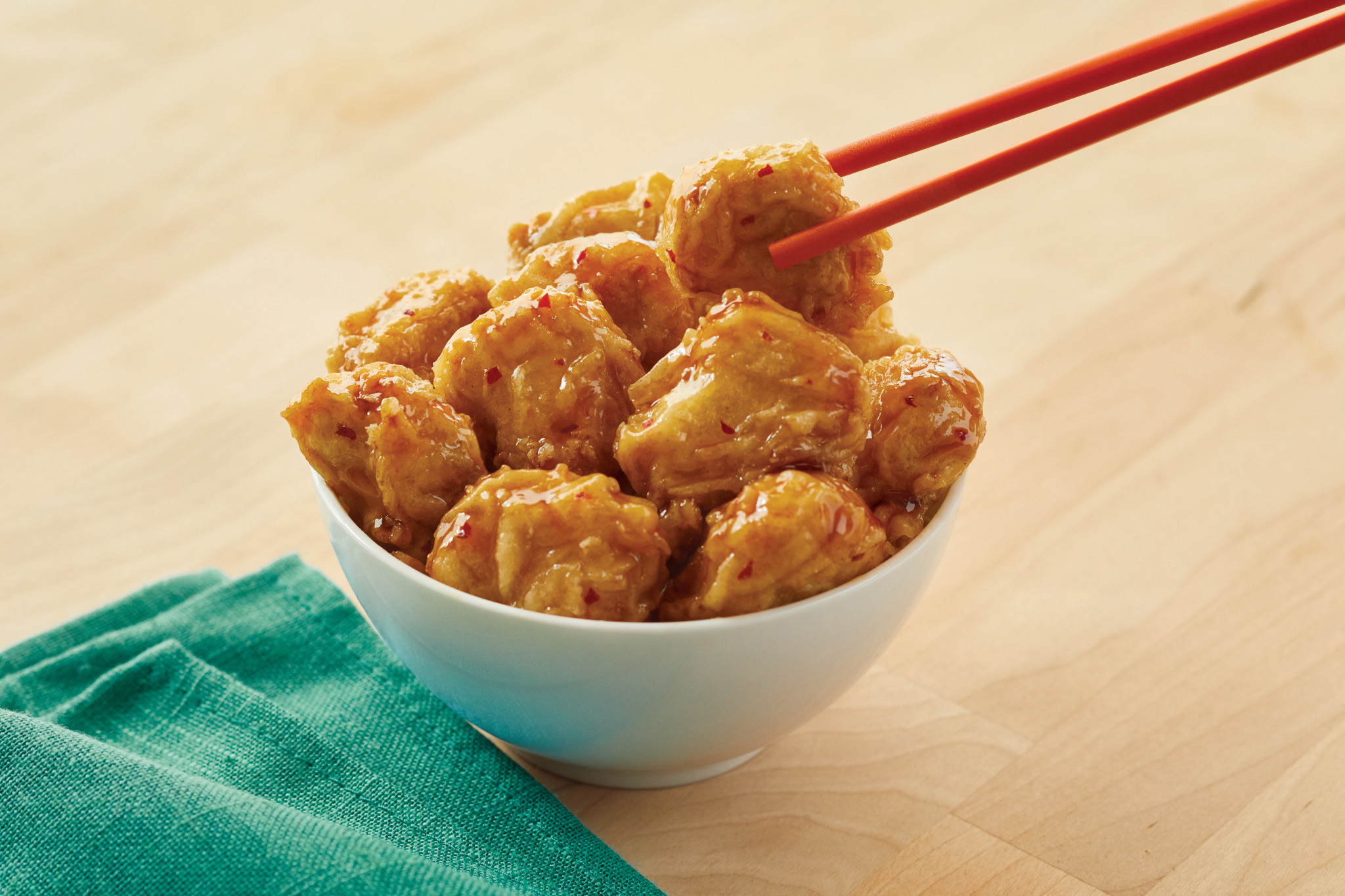 Fresh Brothers’ competitive advantage has always been their ability to fuse West Coast flair, increased nutritional value, and family recipes into the construction of their pies. Daiya mozzarella and plant-based pepperoni atop crispy, flaky crusts appeal to those in pursuit of the classics. The Vegan Da Works elevates this by adding Beyond Sausage, cheese, pepperoni, mushroom, and onion. 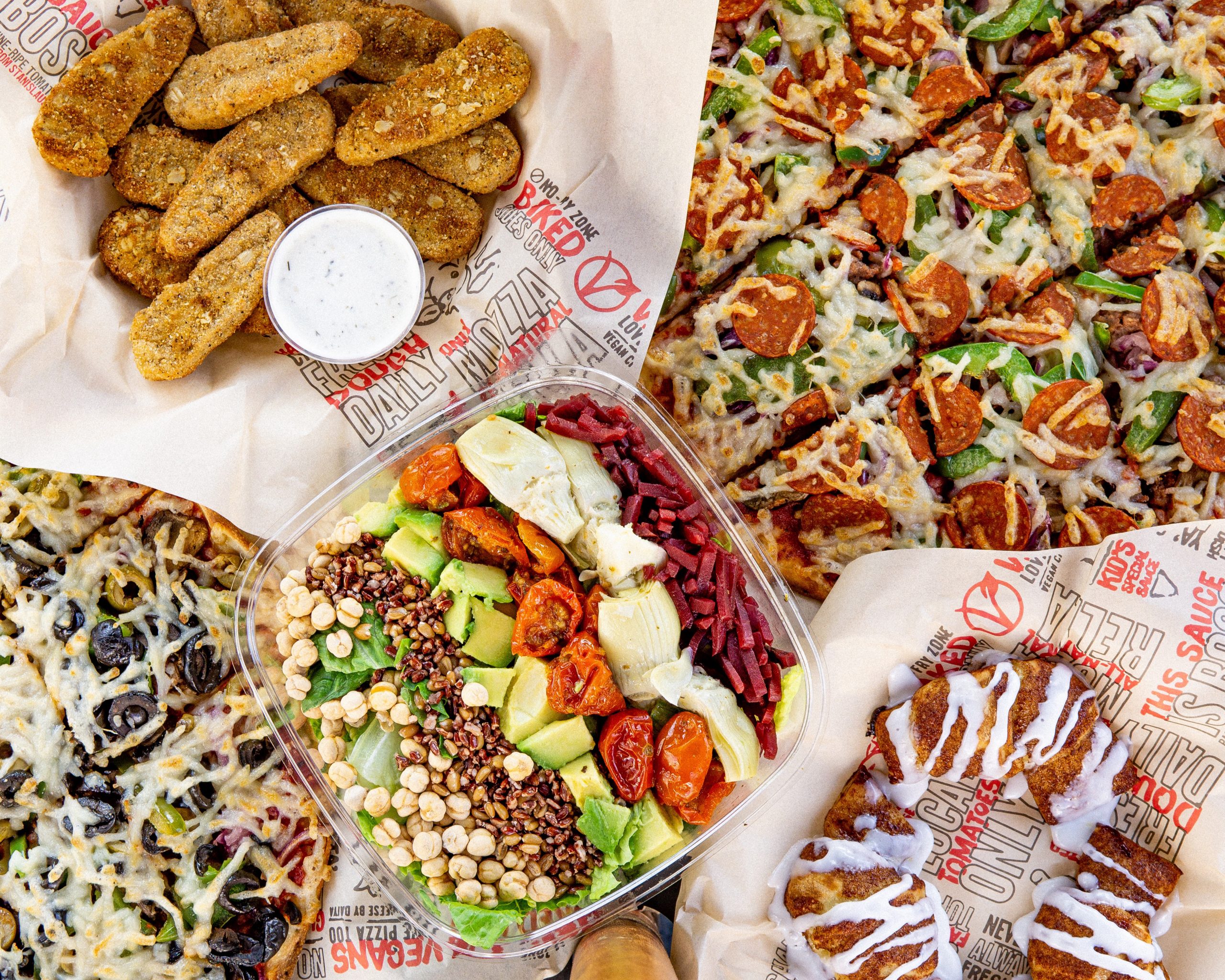