How to Eat Vegan at Taco Bell

Taco Bell is a vegan-friendly fast-food restaurant. Check out this guide for an abundance of plant-based drive-thru options.

Whether you’re on the road or in a rush, plant-based fast food always comes in clutch. American-based fast-food chain Taco Bell offers a variety of convenient and easily veganized options for on-the-go eats. Whether you’re ordering on the app or in-person, the fast-food restaurant offers a “make it vegetarian” option which removes meat products. Once you’ve done that, don’t forget to order your meal “Fresco Style” to replace cheese, sour cream, and mayo-based sauces with freshly prepared diced tomatoes. Ready to veganize the menu with us? Check out our tips for how to eat vegan at Taco Bell!

When it comes to vegan options at Taco Bell, we’ve got a lot to taco ‘bout. Each taco requires a few ingredient modifications—but we’ve got options, people!

Hey frugal foodies, this one’s for you. Find the potato taco on the $1 value menu! When ordering, remove the cheese and chipotle sauce, but feel free to add a variety of vegan toppings like guacamole and red sauce.

Choose from a crunchy or soft tortilla, substitute beans for beef, and make it Fresco Style. You’ve got yourself a bean taco topped with lettuce and tomatoes. If you’re in a car full of hangry vegans, be sure to snag a modified party pack. 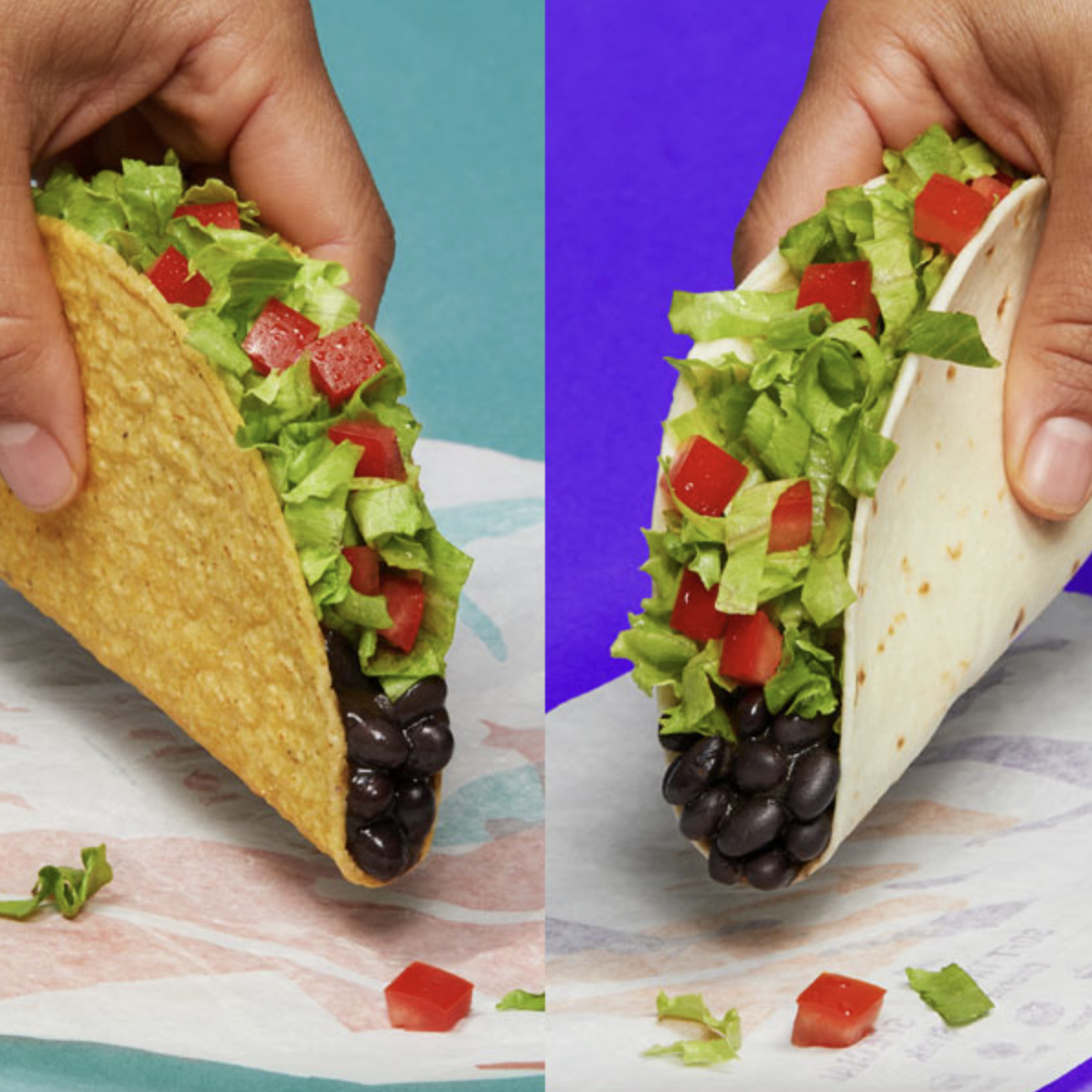 T-Bell has the hookup on some of the best veganized handhelds fast food has to offer. Looking for road trip eats? Here you go!

Order this tasty wrap Fresco Style for a quick and easy choice. Want to level up your meal? Load this burrito with potatoes and guac. 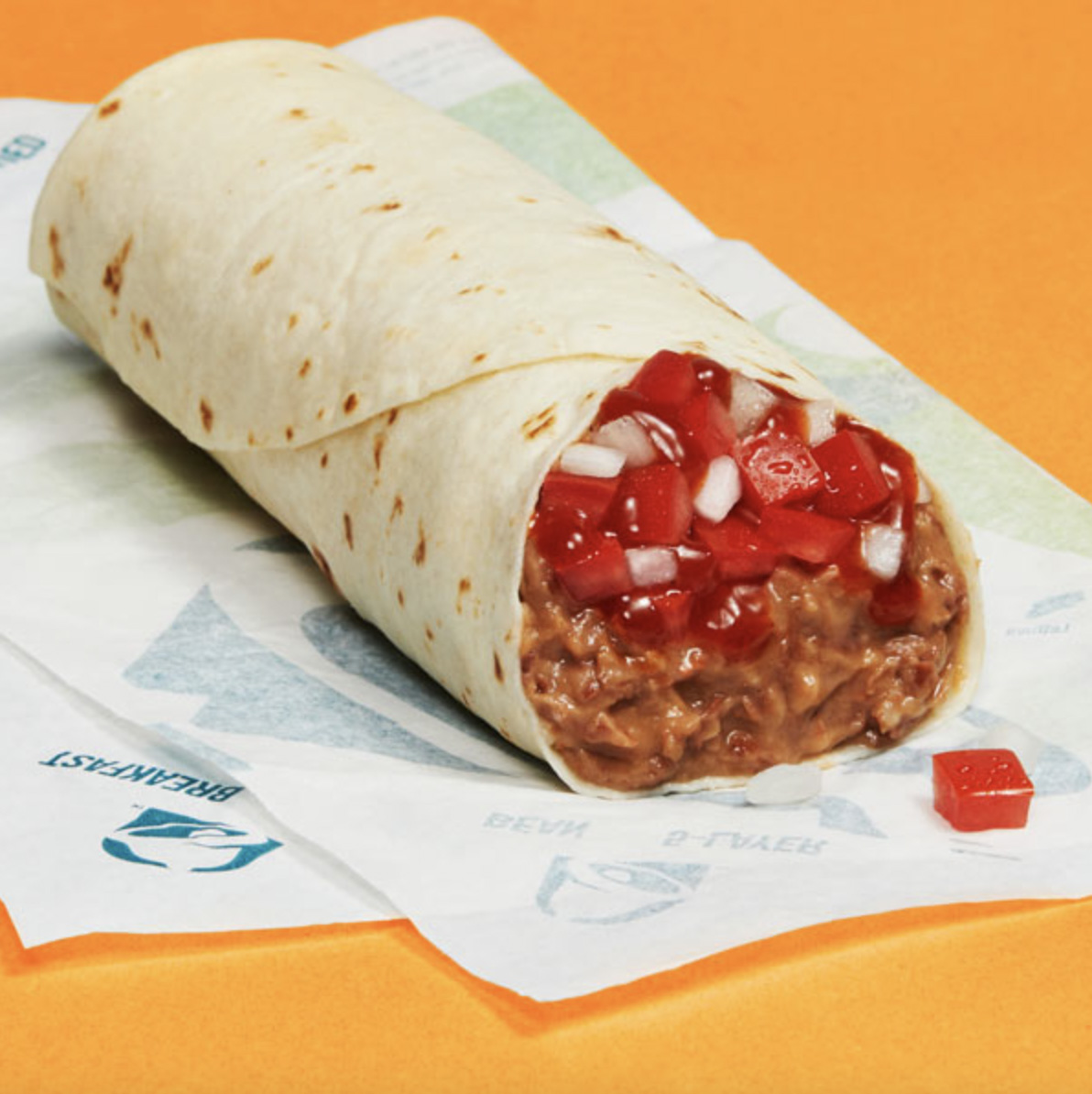 Start with the Burrito Supreme, sub beans, and remove the cheese and sour cream by ordering it Fresco Style. This tasty handheld includes onions, tomatoes, lettuce, and red sauce.

Another value menu snag! Nix the cheese and jalapeno sauce when ordering, and you’ve got a $1 burrito packed with beans and rice. Pile on a few upgrades for a heartier choice.

Without a vegan cheese option, this is nacho average appetizer. But if you order right, Taco Bell can whip up an enjoyable, loaded snack.

Start by ordering without cheese or sour cream and sub beans for beef—the refried beans hold the toppings on the chips in lieu of cheese. Speaking of toppings, add jalapenos, tomatoes, onions, and guac for a loaded nosh.

Chalupas, Crunchwraps, and Power Bowls, oh my! Uplevel your fast-food run with these veganized Tex-Mex specialties.

Make it Fresco to remove the sour cream and cheese. And, as usual, guacamole and red sauce are always a tasty upgrade.

This bowl is packed with seasoned rice, black beans, guacamole, and veggie toppings. Order without cheese, sour cream, and avocado ranch to make it vegan. You’ll want a fork for this one. 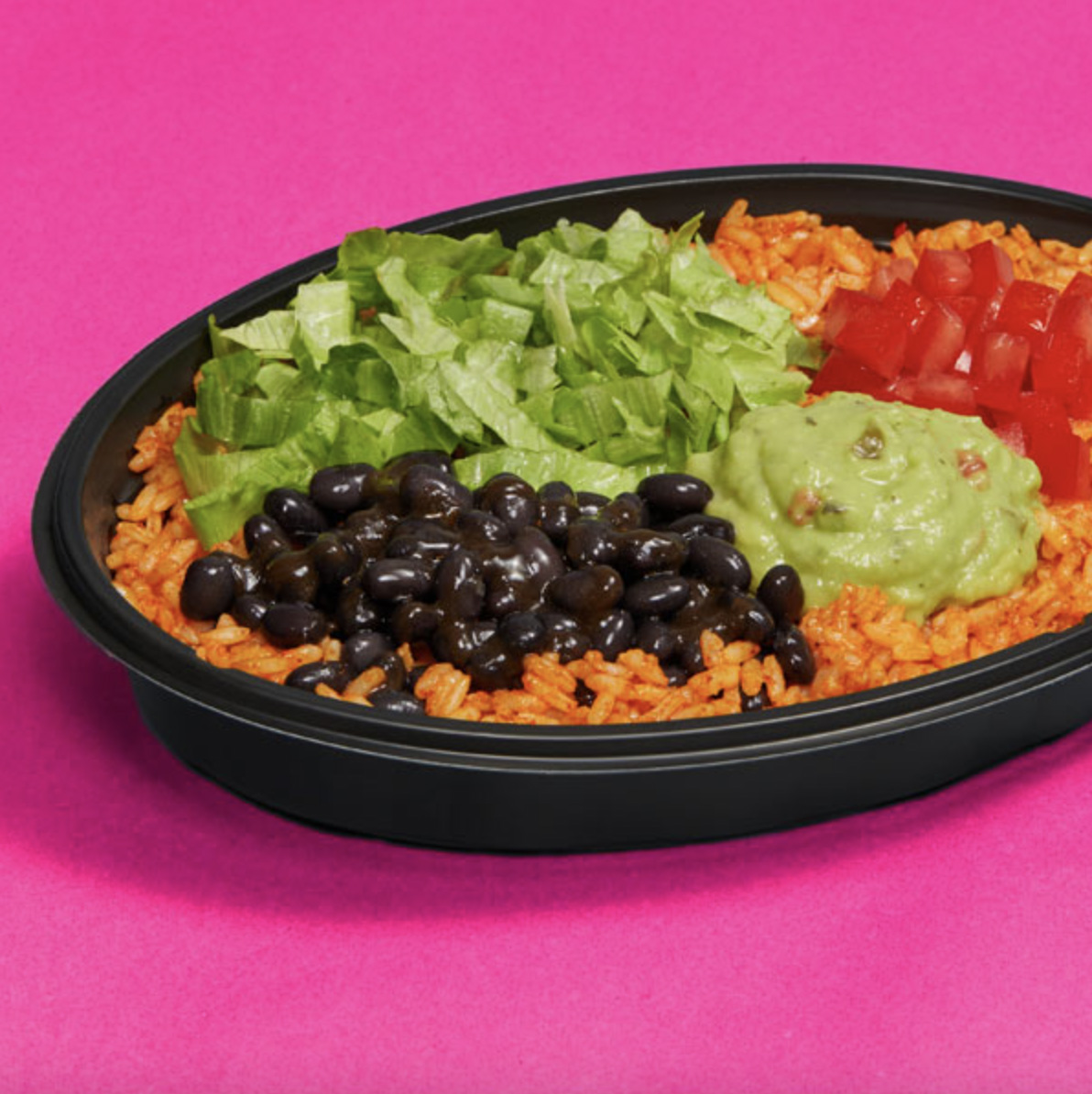 Make this good-to-go meal pocket vegan by asking for it Fresco Style. This choice packs beans, tomato, lettuce, and a crunchy tostada layer when ordered without the nacho cheese and sour cream. Might we suggest adding guac and jalapenos? 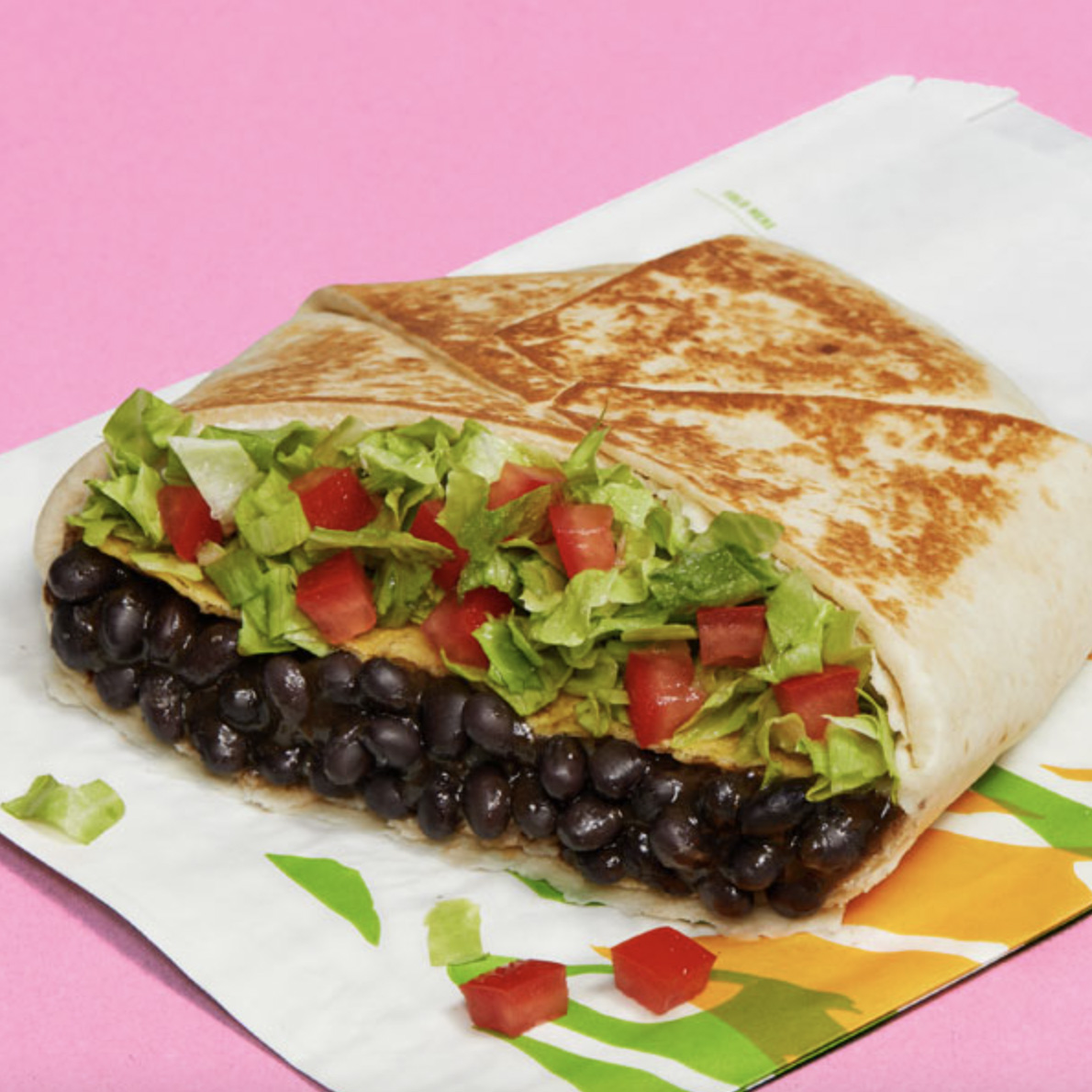 We see your suspicion, but we raise you a viable vegan Taco Bell option that tastes great.

Start with the cheese quesadilla, but remove the cheese and jalapeno sauce. Add in refried beans, guacamole, and red sauce. It might not be as composed as the burritos and tacos above, but if the ‘dilla mood strikes, who are we to hold you back?

Wakey wakey, on-the-go breakfast is served! And they’ve even got hot coffee.

Yup! These tasty breakfast staples are totally vegan. Dip them in T-Bell’s breakfast salsa or guacamole.

This one requires a little planning ahead, but it’s worth it. While beans and other plant-based additions are not always available during breakfast hours, some locations offer an overlap hour(s) where the breakfast menu ends and the lunch menu begins. Fill a tortilla with hash browns, beans, guacamole, and pico for an on-the-go breakfast meal.

This fast-food restaurant didn’t skimp on the vegan-friendly sides. Round out your choices with a tasty addition to your vegan Taco Bell meal.

Keep it simple with a side of our favorite legume. Order with or without seasoned rice. 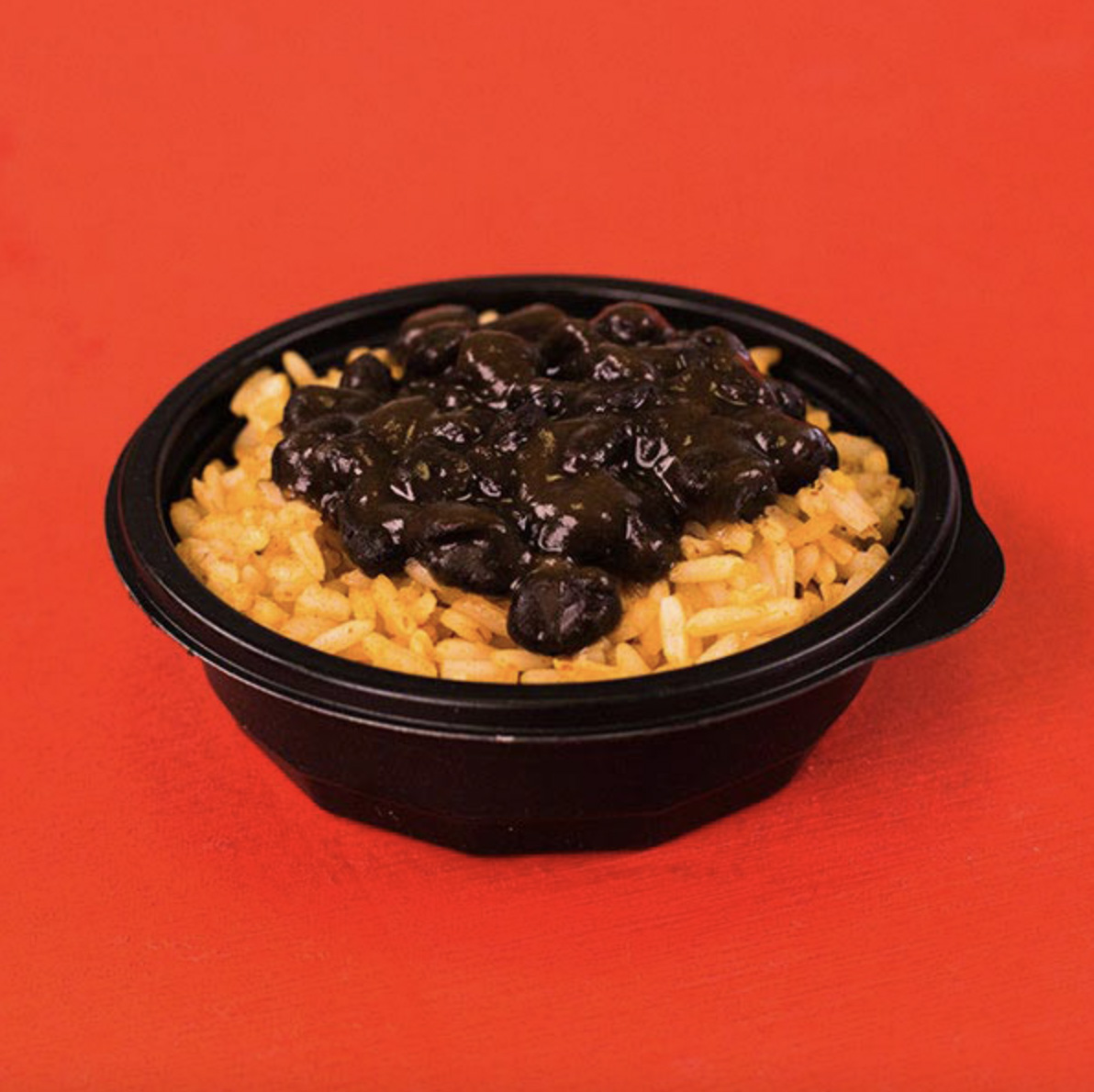 Add tortilla chips to your order for scooping and snacking! We like to pair them with a side of guacamole.

Order without cheese and sour cream, the coveted Fiesta Potatoes are a vegan Taco Bell must. We like adding guacamole and various sauces to ours.

ICYMI: Cin twists are totally vegan. Enjoy this sweet treat at the end of your meal. 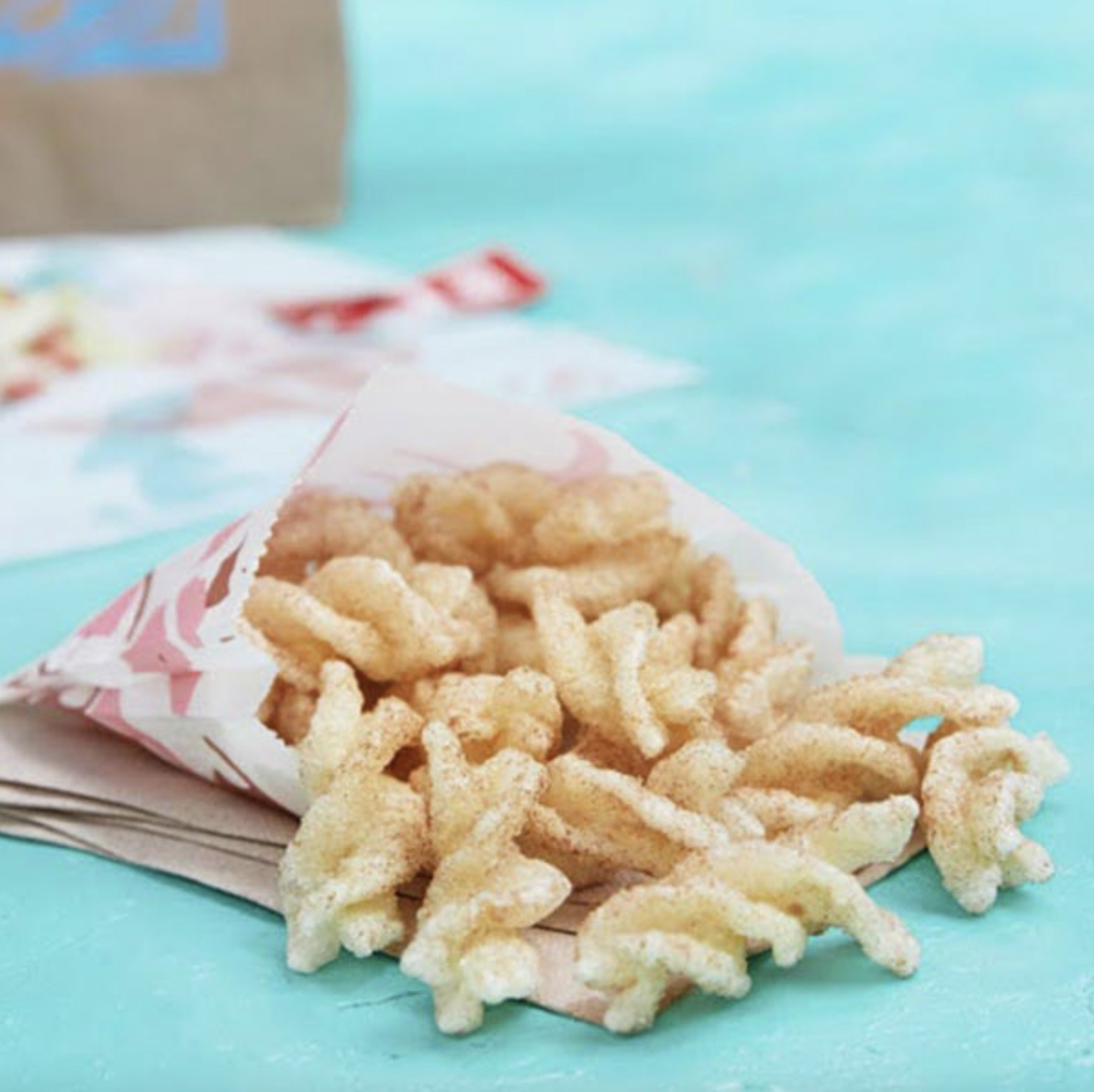 For the finishing touch to any vegan Taco Bell order, snag a side of breakfast salsa, diablo, fire, hot, mild, or red sauce.