Whether you want a savory burrito at weekend brunch or breakfast for dinner on a weekday, these spots have your back!

If your ideal breakfast involves vegan eggs, potatoes, and sausage wrapped in a tortilla, this article is for you! Here’s a list of the 15 best vegan breakfast burritos in LA! 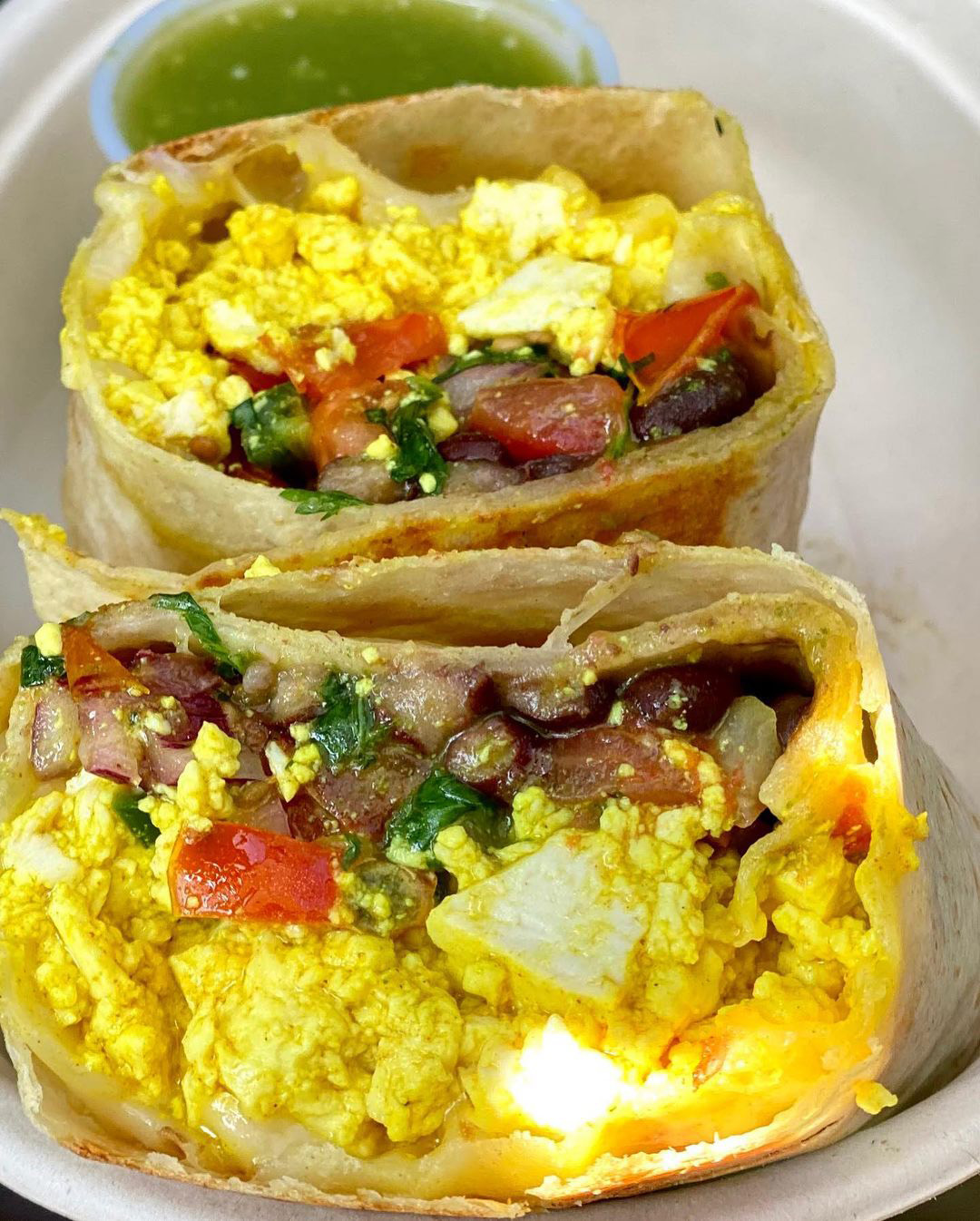 Bacon, Sausage, & Impossible Breakfast Burritos can be in your future if you place an order from this vegan ghost kitchen. Each variation also contains JUST Egg, melted Follow Your Heart cheese, tater tots, and chipotle aioli. Oh, and did we mention they’re available all day? 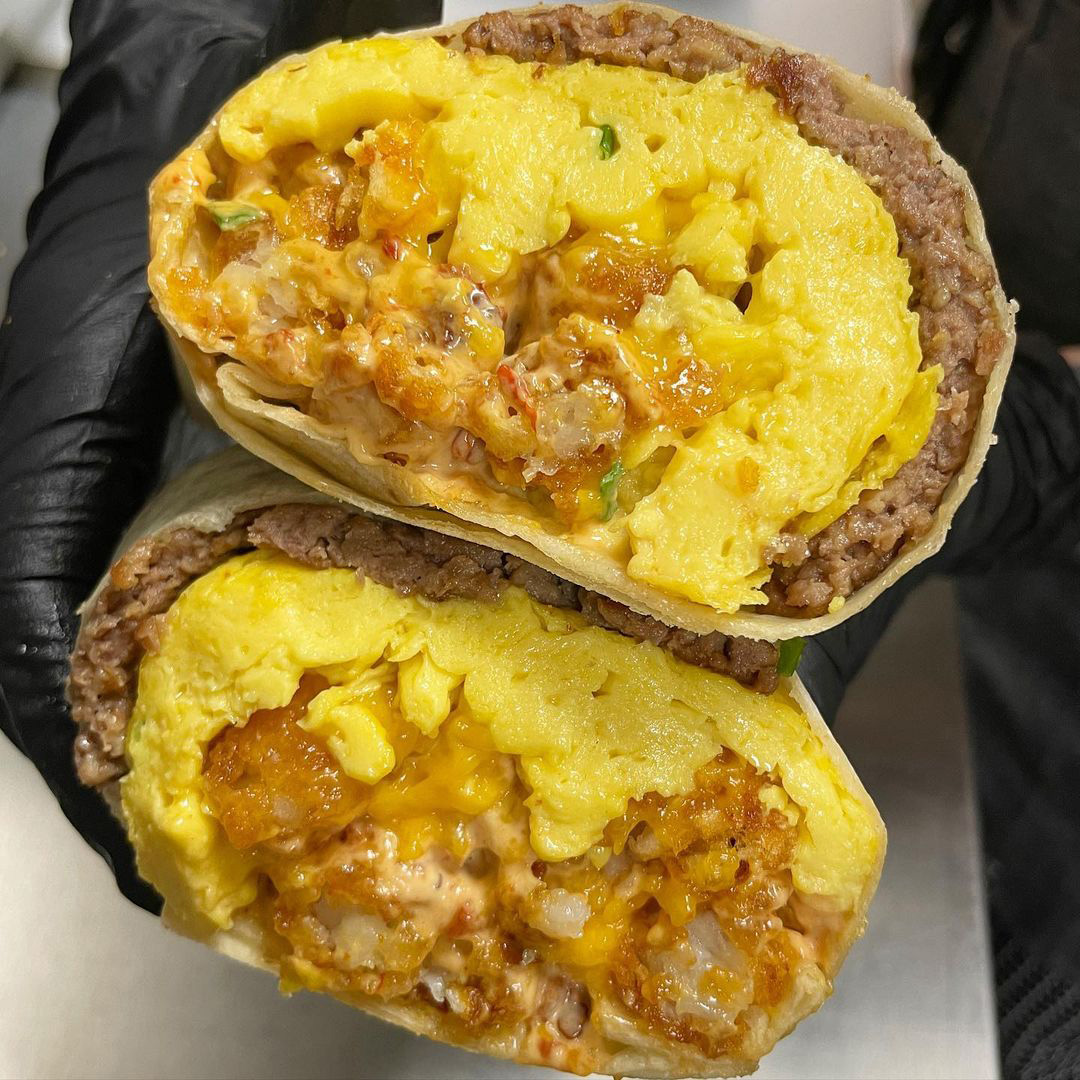 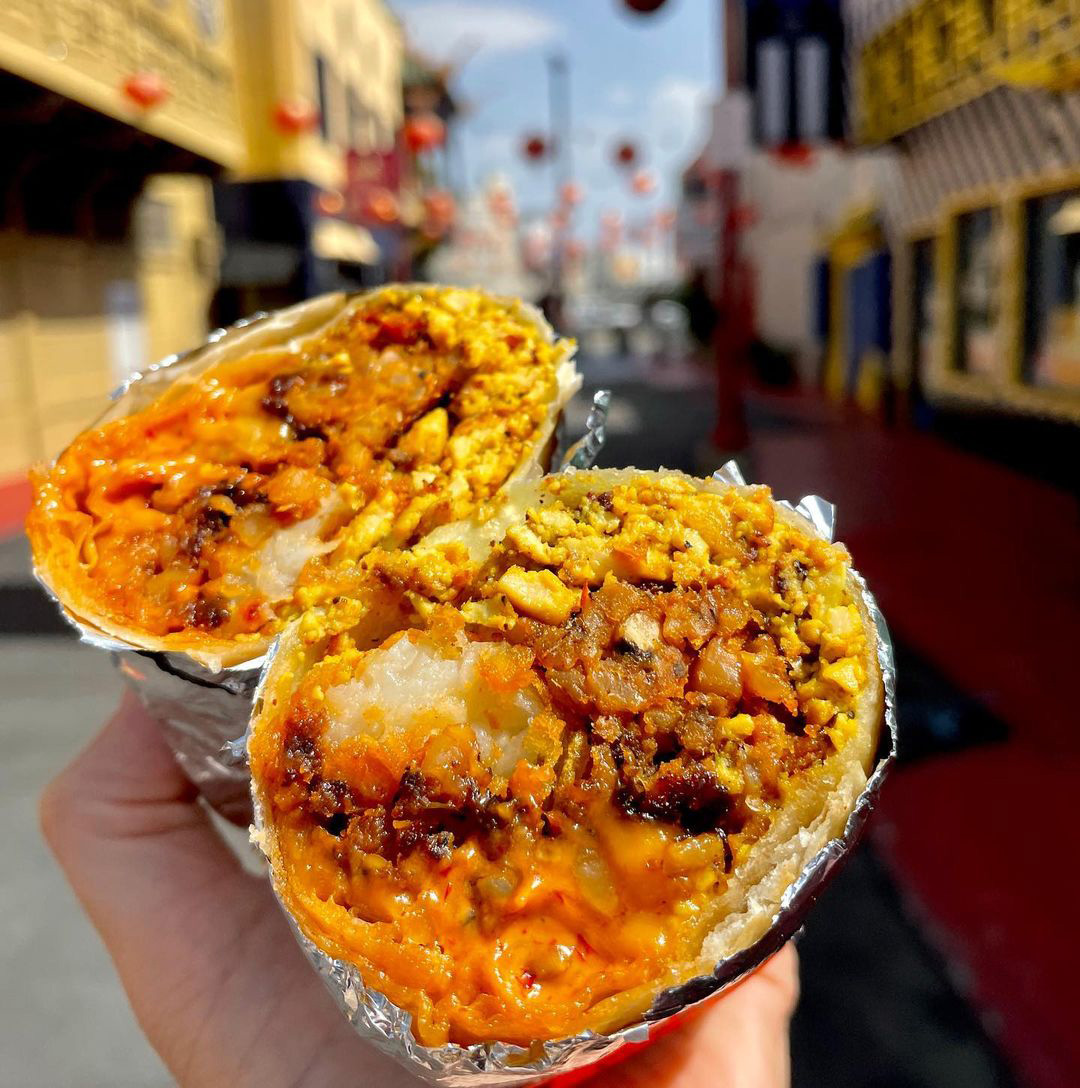 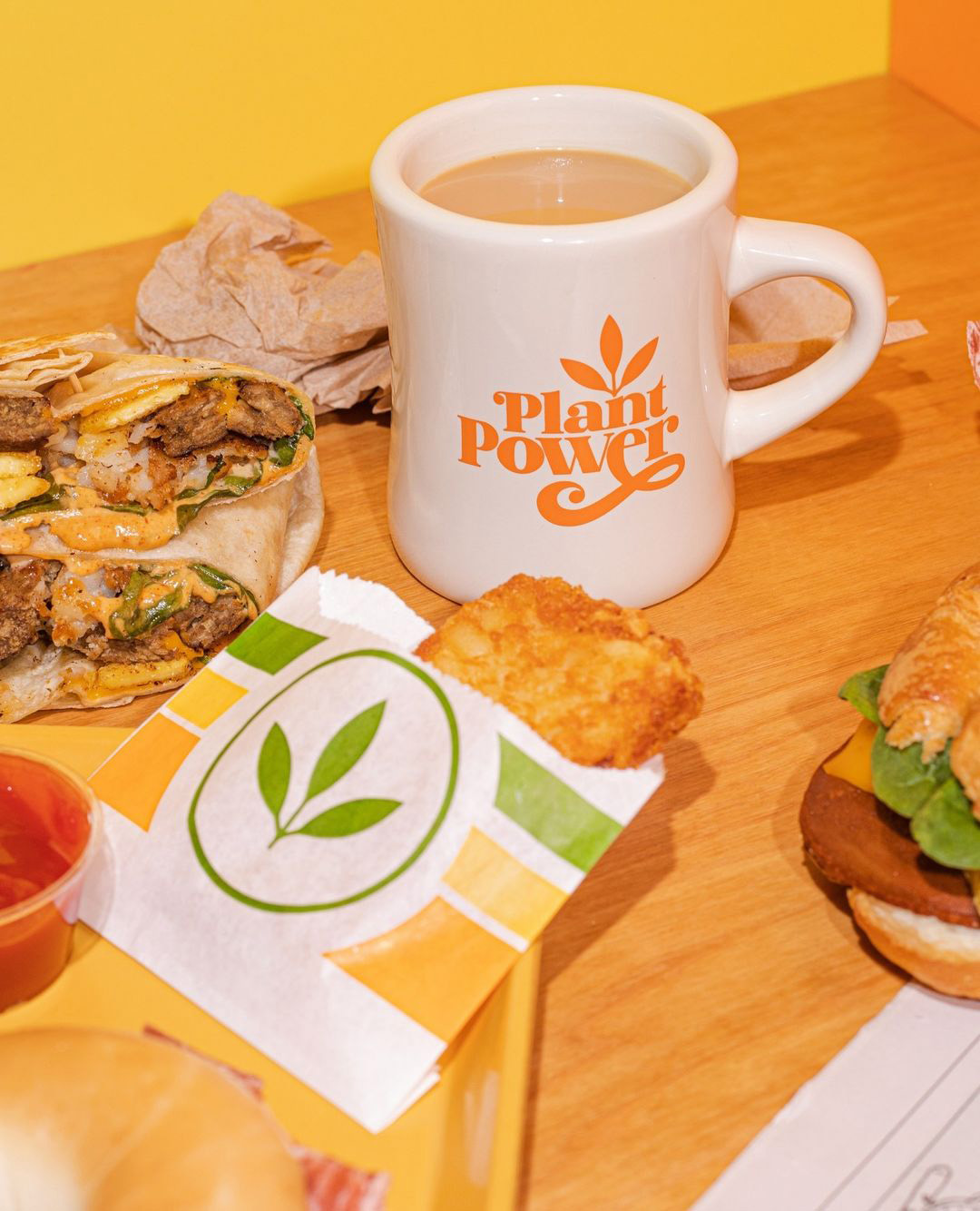 Until 11am daily, Nice Burger Vegan offers plant-based fast-food classics! One of our favorites? The Breakfast Burrito with soyrizo, vegan egg, tater tots, guacamole, mushrooms, onions, tomatoes, and salsa. We’re drooling just telling you about it! 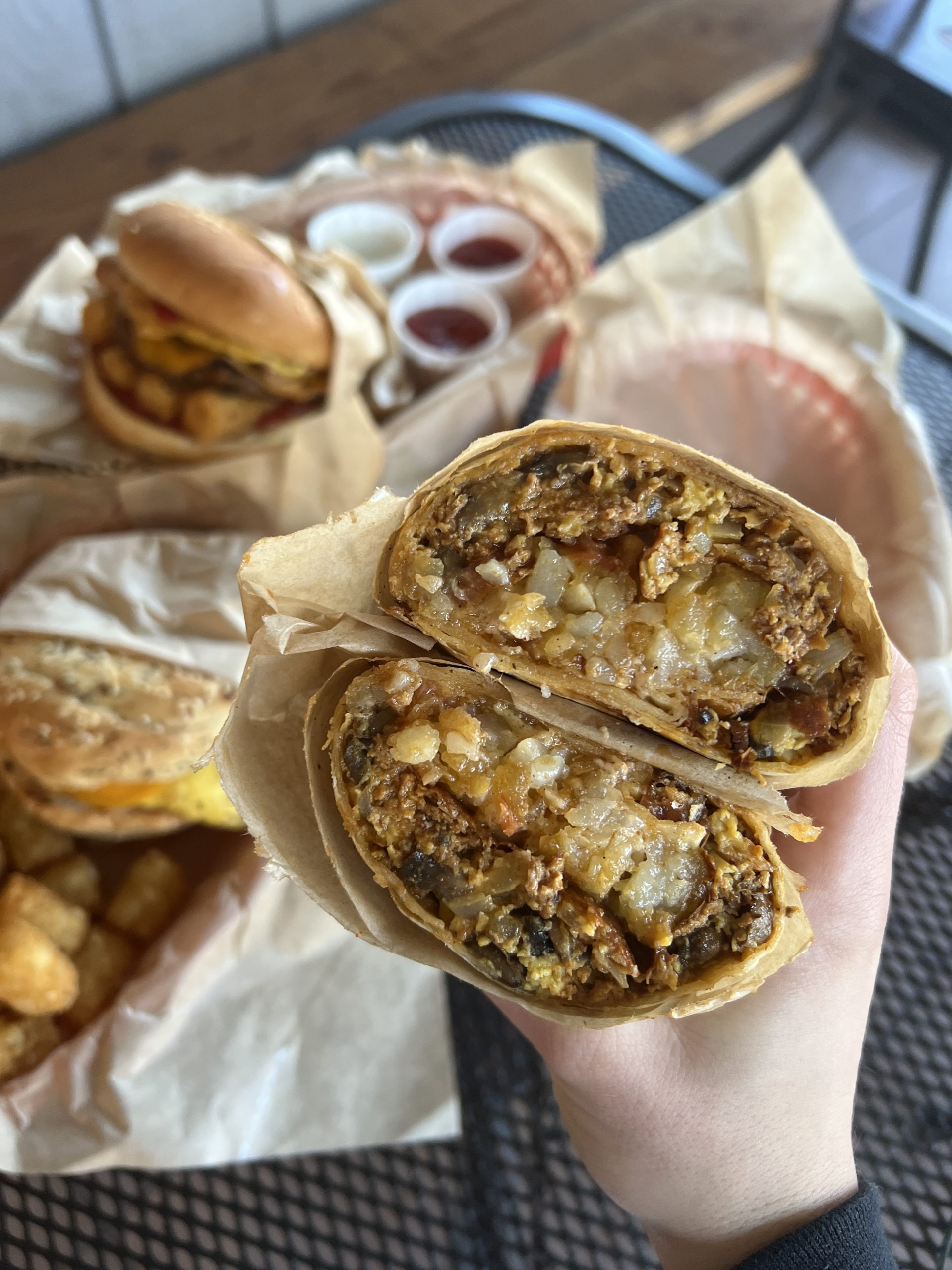 This neighborhood favorite offers a wide variety of delectable dishes for breakfast, lunch, and dinner. If you order their breakfast burrito, expect an amazing amalgamation of tofu scramble, potatoes, tempeh bacon, avocado, and cashew cheese. In addition, the meal comes with a side of pico de gallo and fruit. 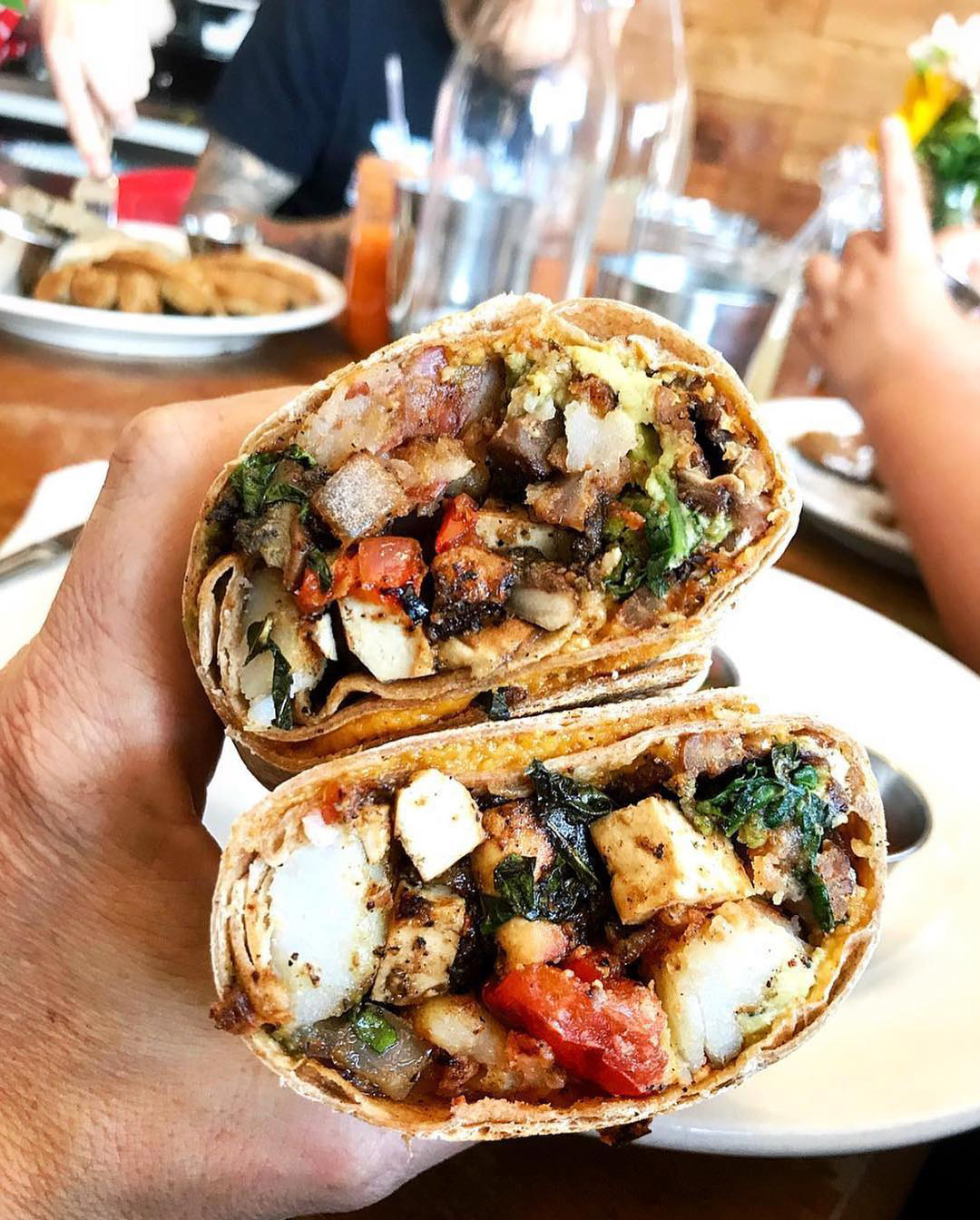 Calling all weekend brunchers! Crossroads Kitchen features one of the best vegan brunch menus in LA. A fan-favorite choice? The Impossible Sausage Breakfast Burrito. Complete with a mimosa and dessert, this brunch experience starts your weekend right. 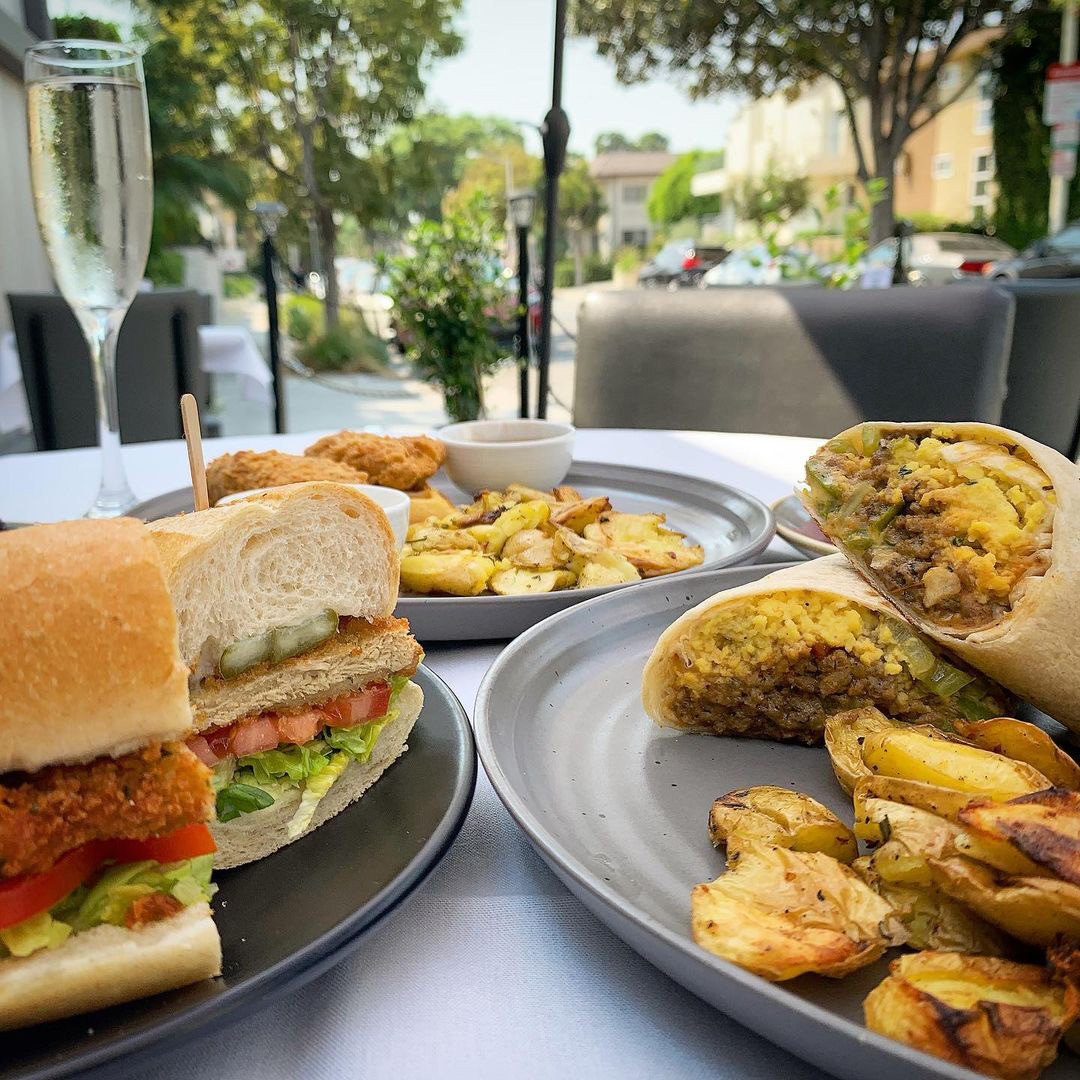 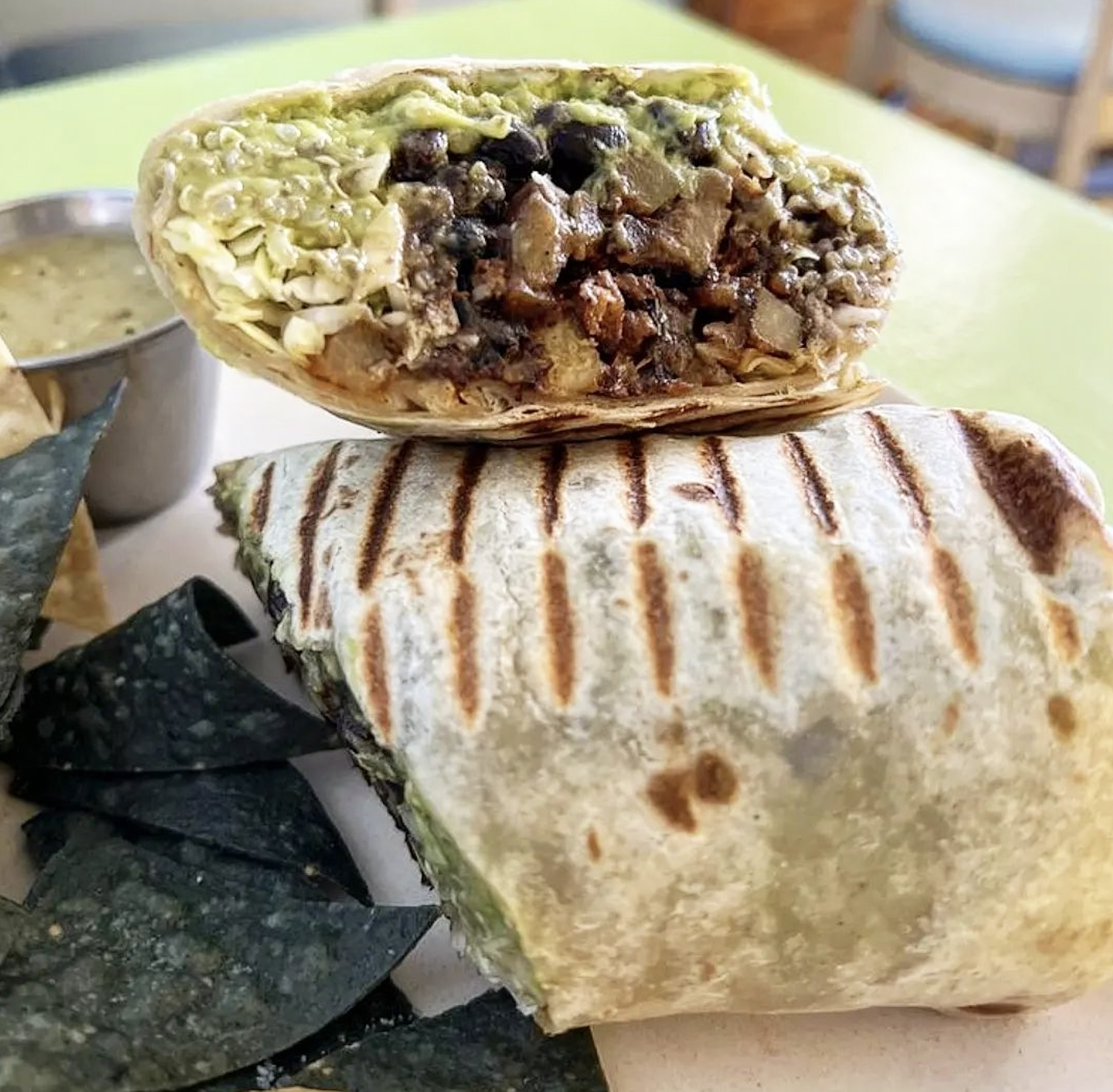 At Margo’s, you could get a vegan breakfast burrito every day! Yep, that’s right—the vegan restaurant in Santa Monica offers brunch daily. Our suggestion? Grab a friend and split the Breakfast Burrito and Jumbo French Toast Sticks. 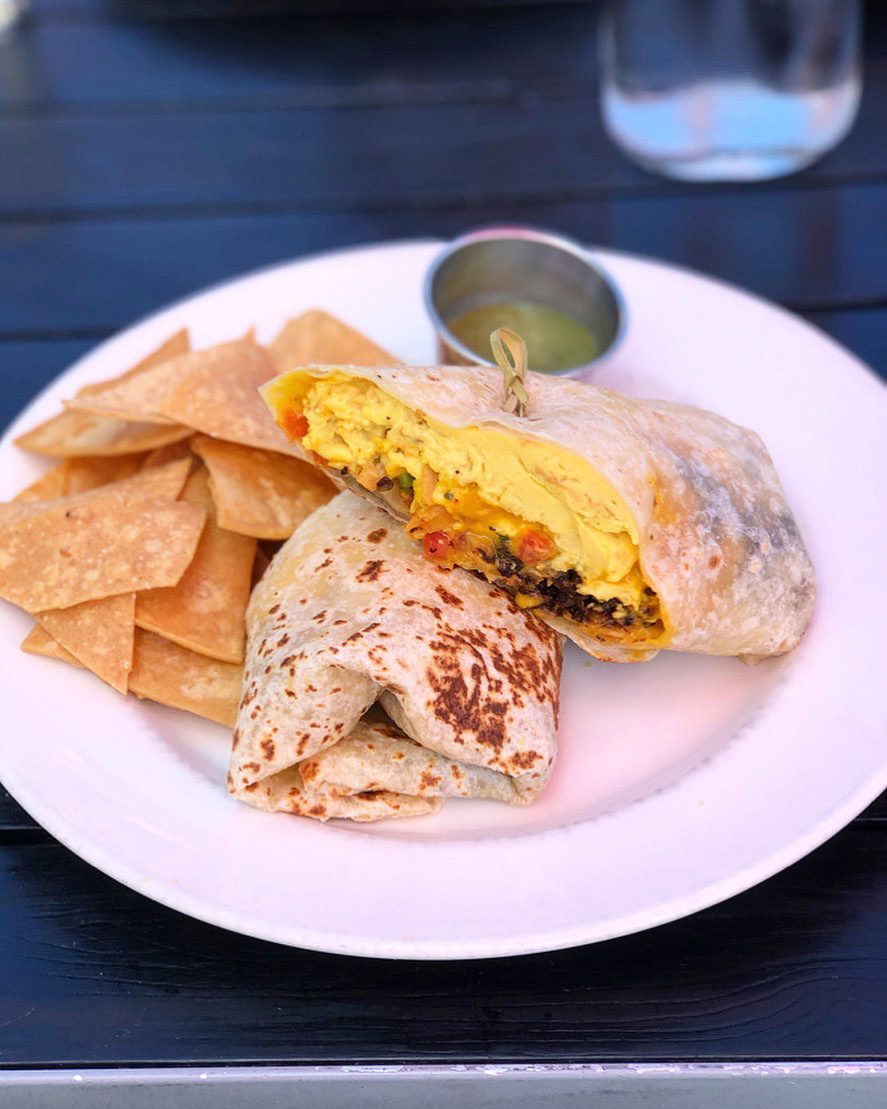 Orange County’s top vegan Mexican restaurant serves Classic and Chorizo Breakfast Burritos on the weekends. Stop by on Saturday or Sunday before 12pm to get your hands on one of these epic meals. Pro-tip: Call the restaurant in advance to confirm their breakfast burrito availability because they often sell out fast! 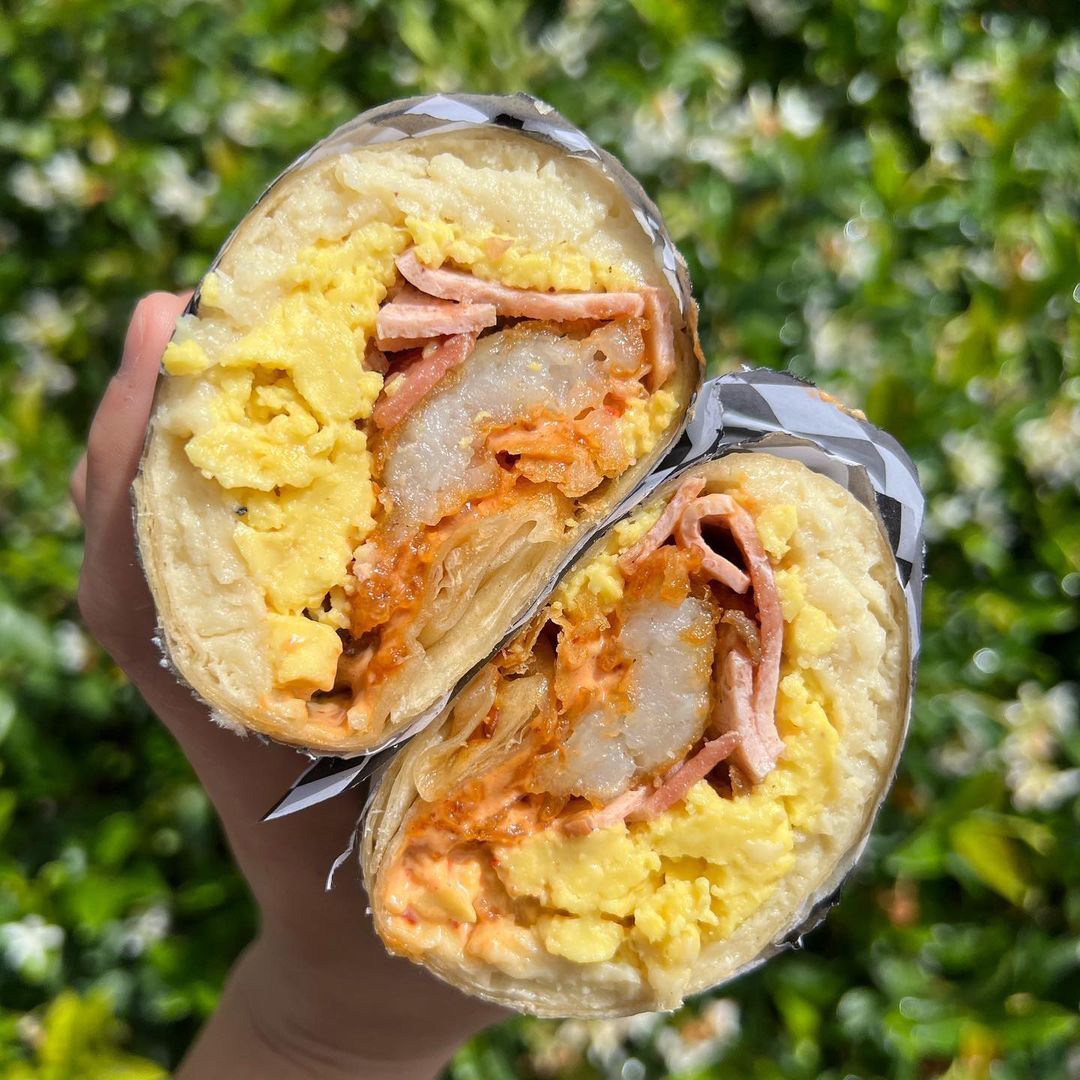 If you like your burritos loaded, Honeybee Burger has you covered. Their Bee-rito already comes with JUST Egg, cheesy tots, pico de gallo, and roasted pepper sauce. But you can take it to the next level by adding mac ‘n’ cheese, avocado, or plant-based meat. Add all three to make it a Mega-rito, if you dare. 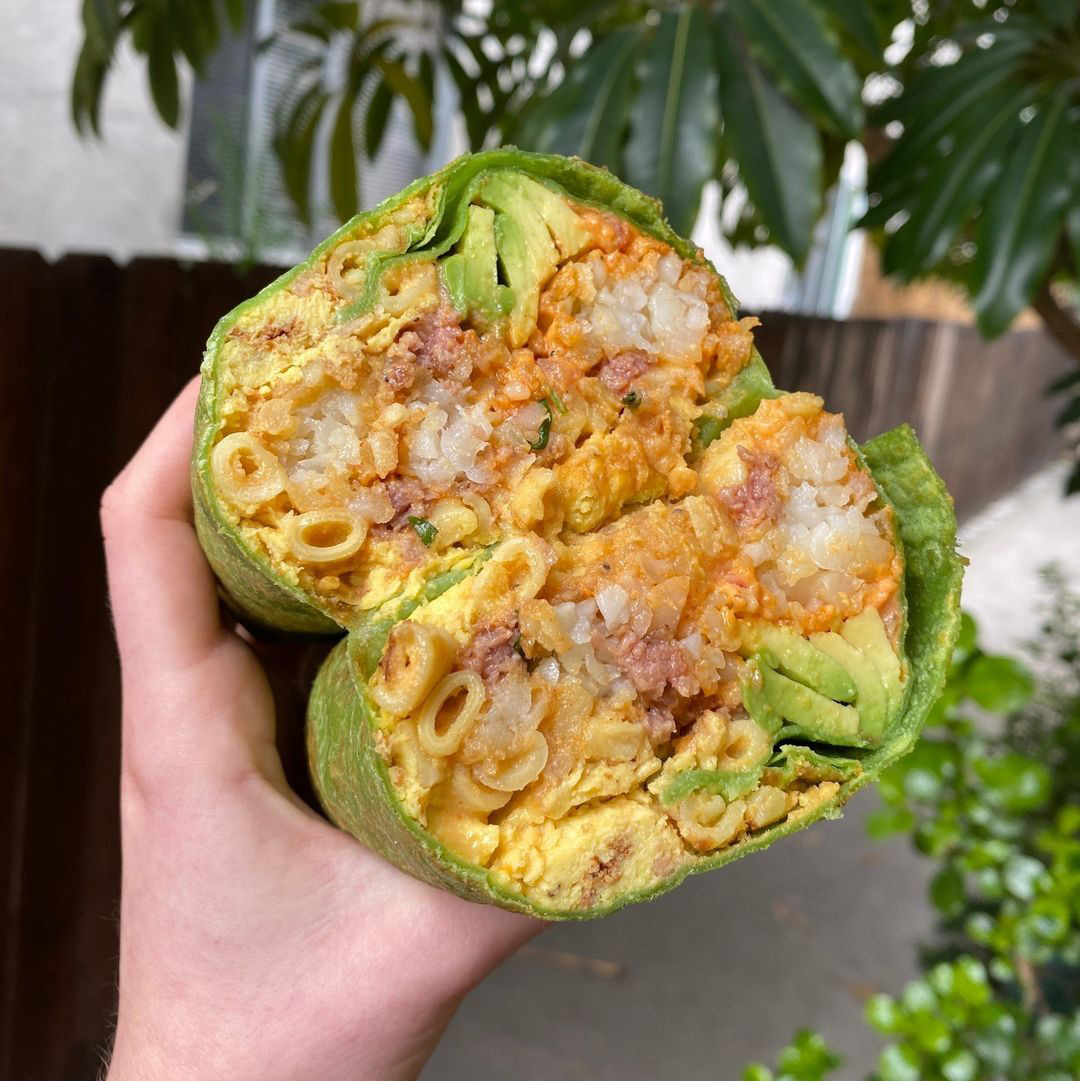 The next time you enjoy brunch at Nic’s On Beverly, we highly suggest ordering the Breakfast Burrito. And the Breakfast Tacos. And the Waffler Sandwich. Actually, you can’t go wrong at this upscale vegan restaurant. 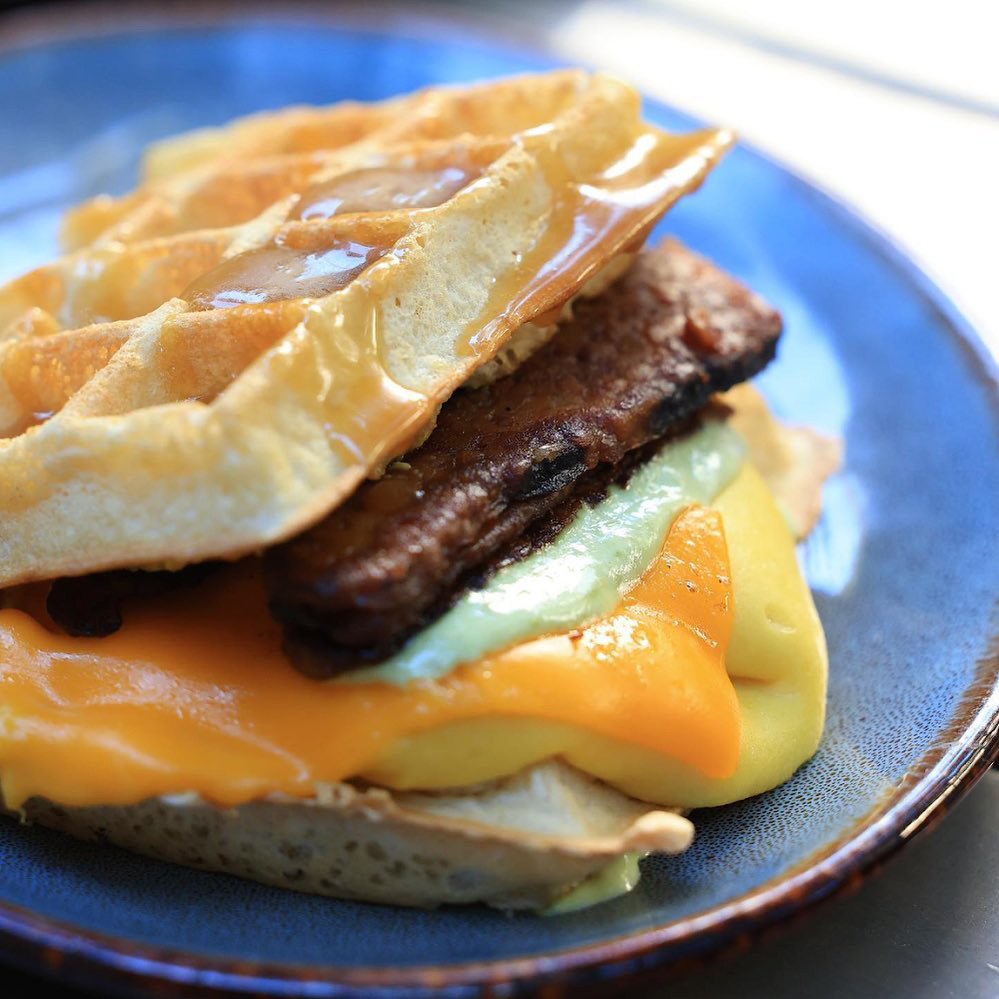 Looking for a vegan breakfast burrito with a Mexican twist? Guacamaya Oasis has a handheld that fits the bill. Packed with homestyle beans, sour cream, cheese, vegan egg, tomato salsa, and pickled onions, this breakfast burrito is the real deal. 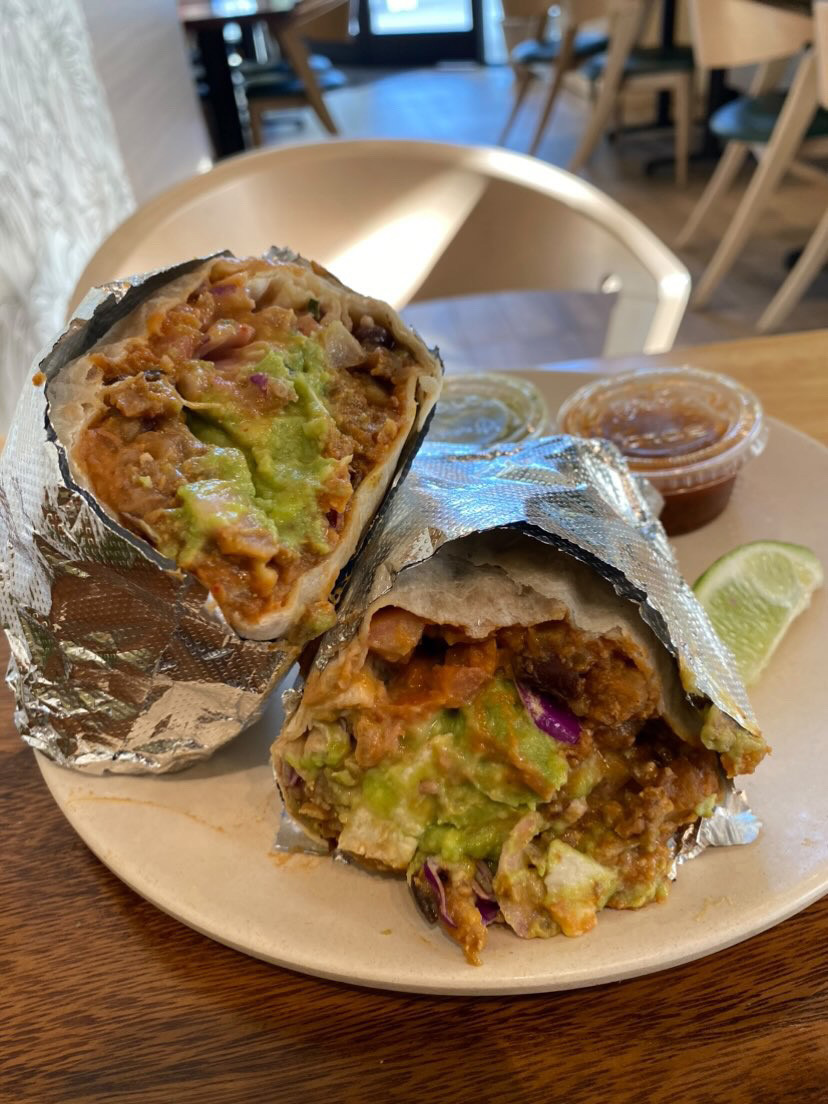 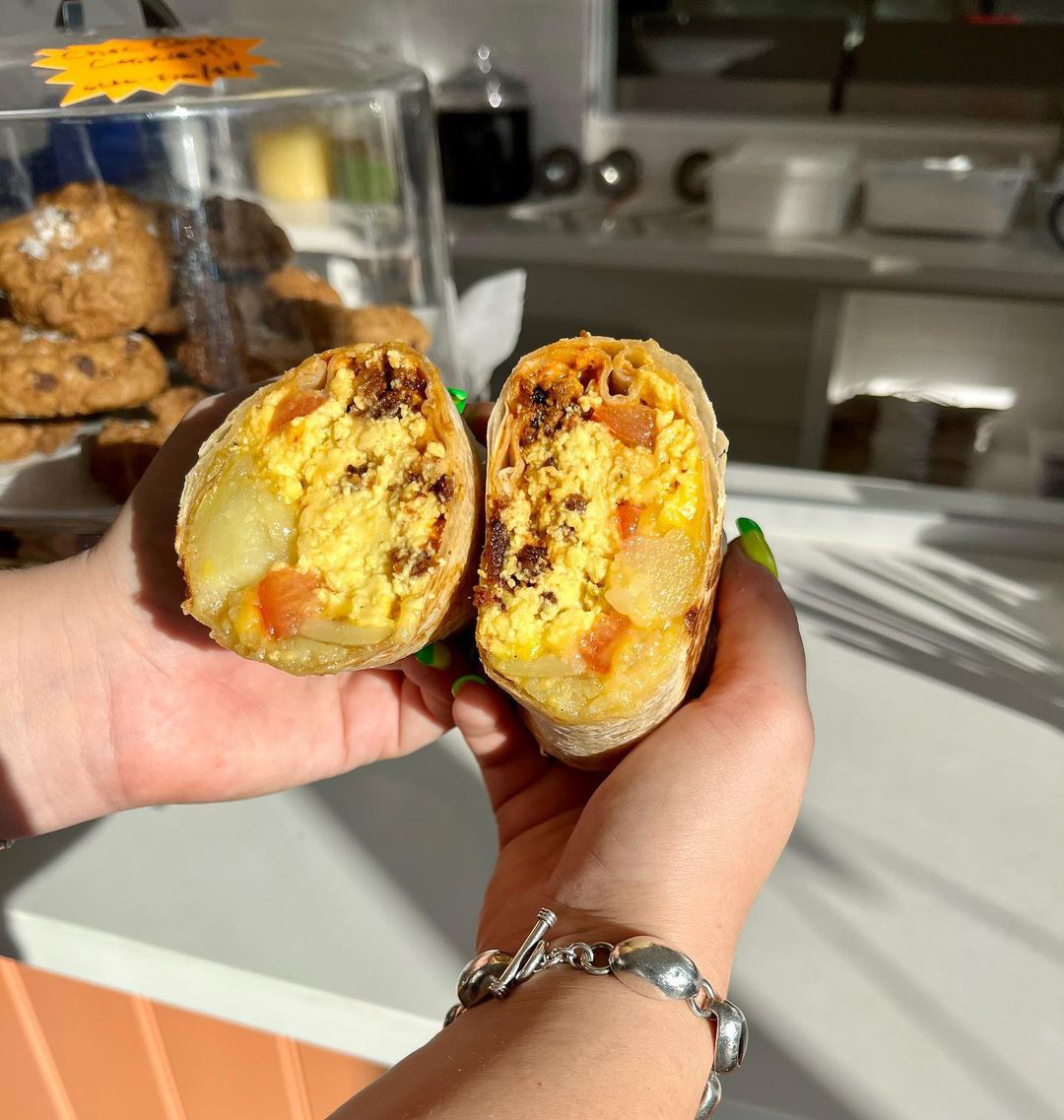 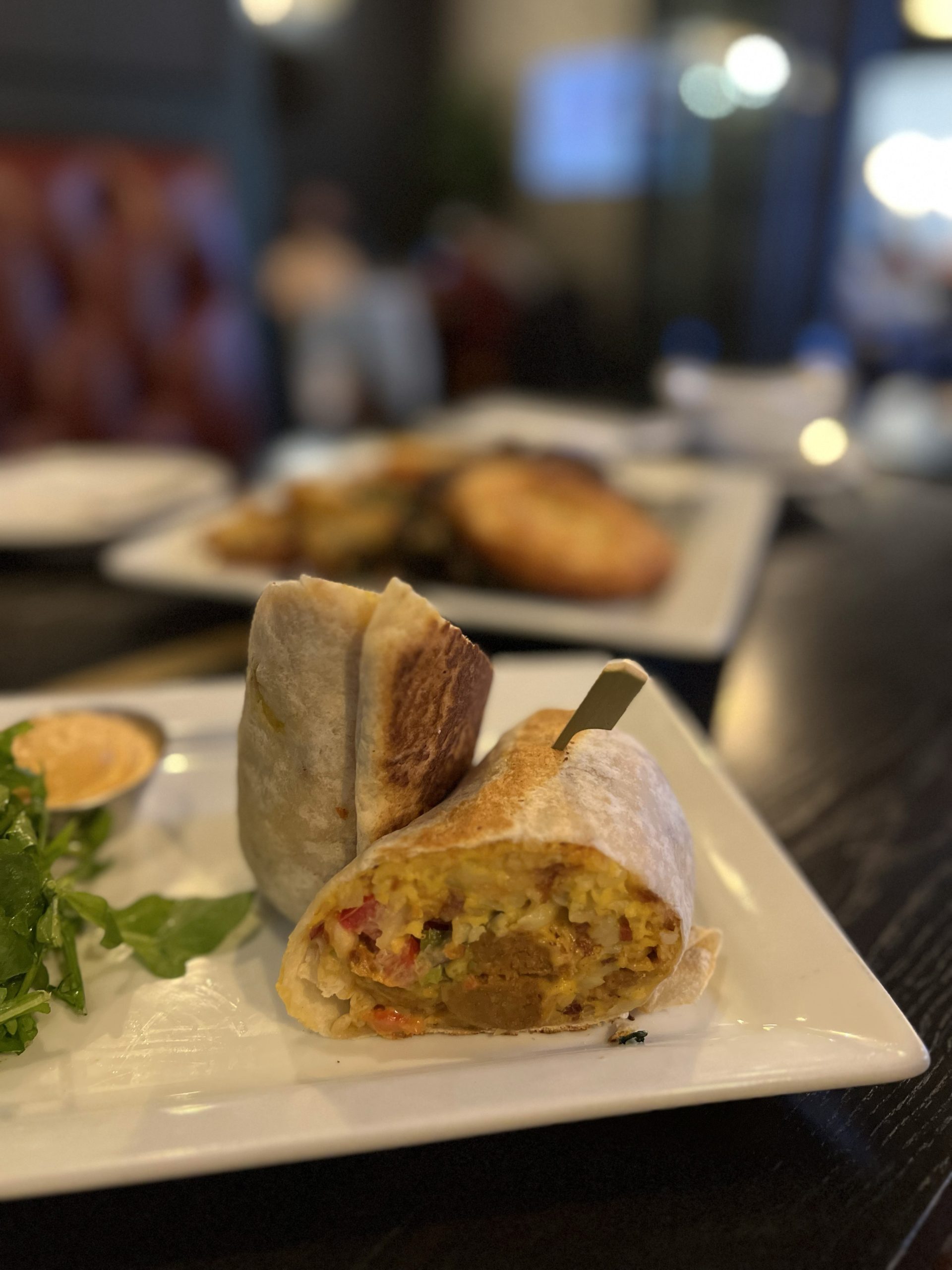