As you go about your plant-based journey, you might just run into some hard-to-find vegan items. To be specific, we’re talking about dishes from your childhood or culture. While there are lots of plant-based burgers out there, it can be tough to find items like vegan pan dulce. But there is one panaderia that’s keeping Latine traditions alive with vegan pan dulce. Check out Soy Concha Bakery!

Located in Santa Ana, Soy Concha Bakery stocks the most nostalgic Mexican pastries. But what is special about this panaderia? All items are vegan! We are talking about vegan conchas, empanadas, gansitos, puerquitos—the works. 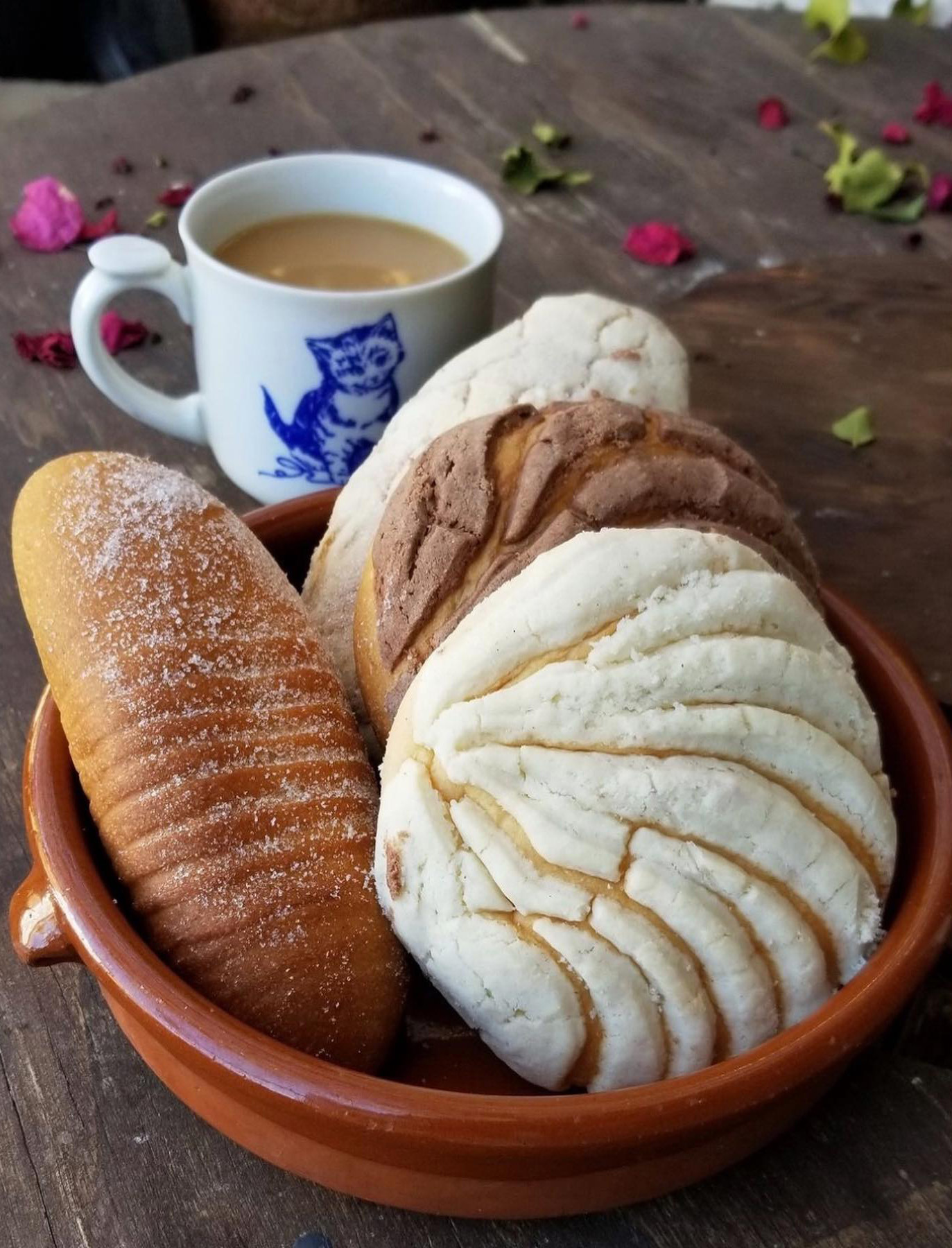 Soy Concha Bakery founder Earvin Lopez grew up working at his family’s panaderias. There, he grew a love for baking. After making the move to a vegan diet, Lopez recognized the lack of vegan pan dulce and sought change. “I was missing that part of myself that I grew up with—enjoying pan dulce. Since I knew the process of how to make it, I started adapting our [family’s] recipes to make them vegan,” shared Lopez.

Two years into his vegan journey, Lopez quit his warehouse job. He told VegOut, “At that time, I told a coworker that I wanted to quit and try something new. He told me that I better get used to [this kind of work] because I didn’t go to college, and that it was the best I could do. I put in my two weeks that day.” Without a job and itching for something new, Lopez took a trip to Portland. Though Portland’s vegan scene is amazing, Lopez soon realized the lack of Latine pan dulce options. There were loads of donuts and cupcakes, but what about the desserts he grew up on?

Pan dulce is more than meets the eye. The genre of desserts is key to traditional Latine culture. When asked about the importance of pan dulce to the Latine community, Lopez stated, “It’s connecting a memory you have. Eating a concha in the morning with hot chocolate, sharing champurrado with pan dulce during the holidays, and even respecting your past loved ones with pan de muerto. It’s something that runs deep in our culture, and I want to show that going vegan doesn’t mean we have to give up our cultural traditions. We can enjoy pan dulce, make those important memories, and celebrate our loved ones—all while showing love and compassion to animals.”

Thanks to Soy Concha Bakery, Latine vegans in the LA area are able to continue their cultural traditions with vegan pan dulce. As an example, Soy Concha Bakery makes Rosca de Reyes (king cakes) during Día de Reyes (Three Kings’ Day). In addition, they bake Pan de Muerto (“Bread of the Dead”) during Día de Muertos (Day of the Dead). Both of these traditional pastries are a staple to Mexican holidays that vegan Angelenos can now participate in. 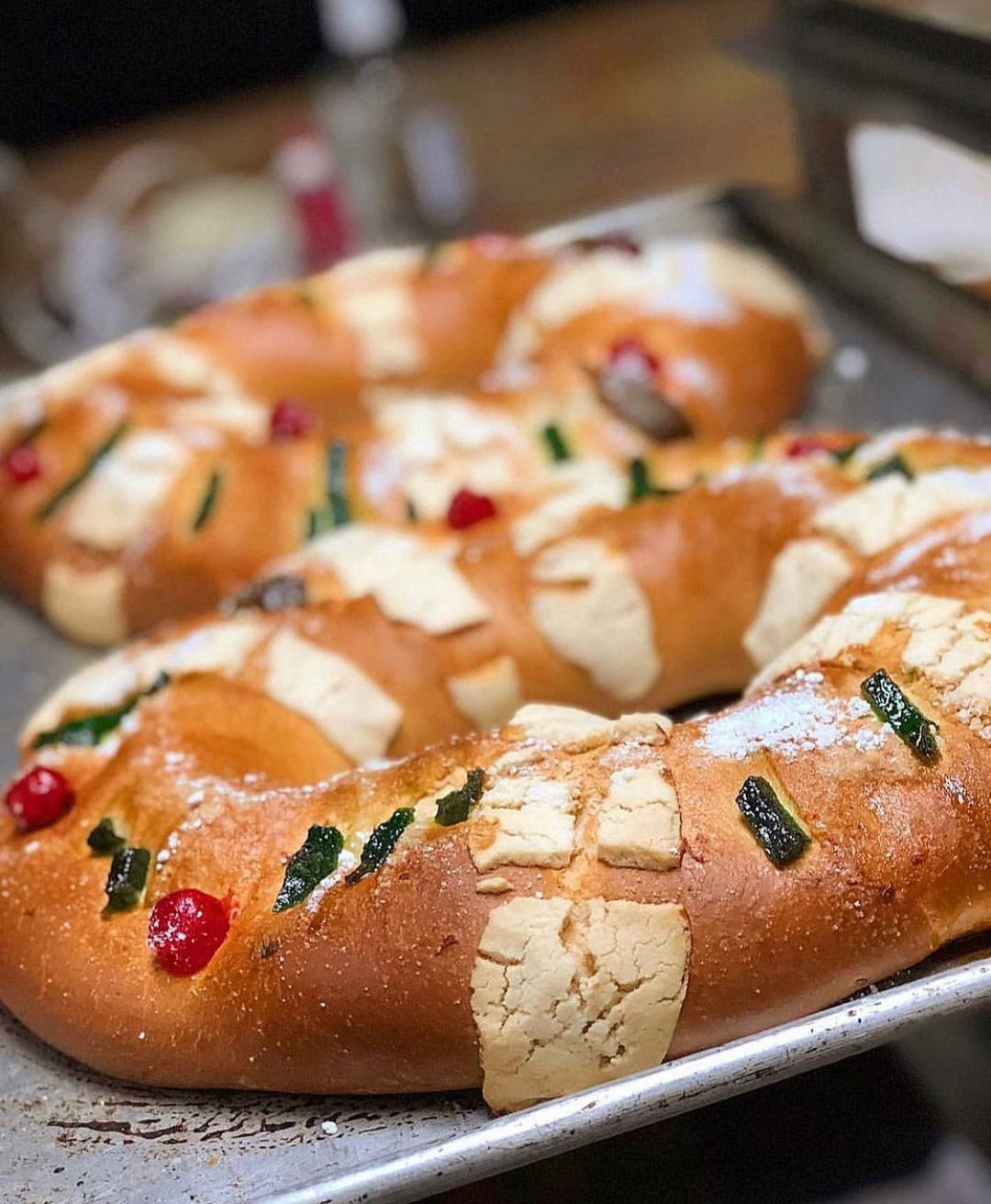 As if you are not already sold on this business, wait until you hear this! Soy Concha Bakery honors Latine icons through conchas. By that, we mean they decorate the Mexican sweet bread in designs that pay homage to people like Bad Bunny and Selena. For instance, the sparkly purple Selena Concha draws inspiration from the artist’s iconic purple jumpsuit look.

“Selena left such an impact on the Latino community. It’s an honor to be inspired by her famous outfit through our conchas. Lately, I’ve been expanding my creativity with our conchas and creating different designs that we hope people love. We work hard to create these custom-designed conchas,” said Lopez. 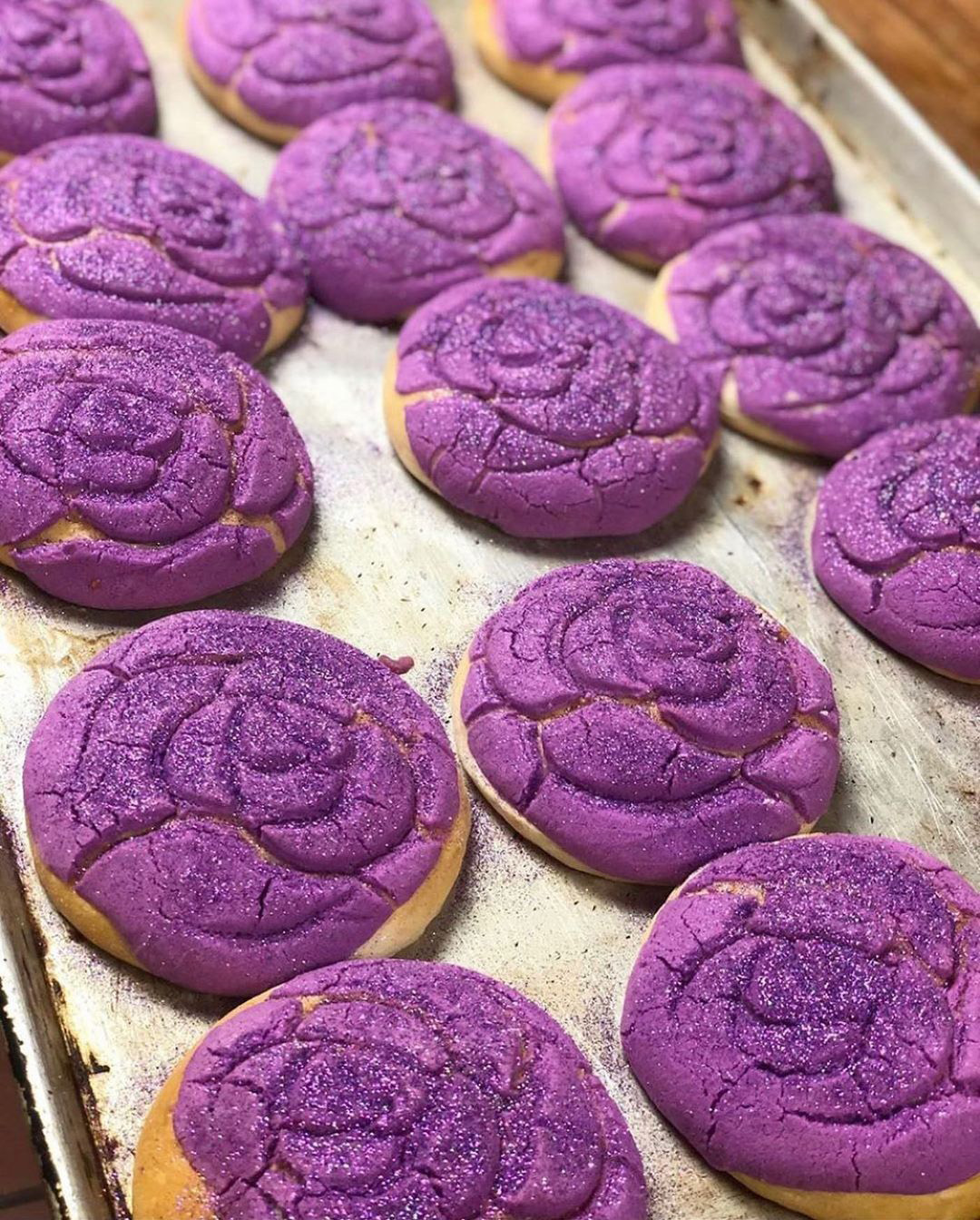 We asked Lopez what Latine-owned vegan businesses in Los Angeles he would like to give a shout out to. He said, “My friends and family over at Chicana Vegana. They are doing incredible things at their restaurant. And their concept is so unique—a vegan superhero-themed restaurant serving tacos, burritos, burgers, and more.”