Noodles & Company Adds Vegan Chicken to Menu at All Locations

This is the brand’s second plant-based protein option, and it’s here to stay!

Noodles & Company is already a pretty vegan-friendly establishment. This week, the company announced that it has added Impossible Chicken to the menu at all locations.

Noodles & Co. is a fast-casual restaurant chain that serves up globally inspired noodle dishes. From spaghetti and linguini to pad Thai and mac ‘n’ cheese, Noodles & Co. has it all.

Earlier this year, Noodles & Co. tested the Impossible Chicken in select markets. The vegan protein option, a big hit during testing, is now back to stay!

While most other restaurants opt to fry the Impossible Chicken, Noodles & Co. bakes the chicken in its high-speed ovens instead. Executive Chef Nicholas Graff told VegOut that the company chose this healthier option to preserve the meaty interior texture while still achieving that crispiness on the outside.

The Impossible Chicken can also be added to any dish on the Noodles & Co. menu. Even better? It’s the same price as traditional chicken! 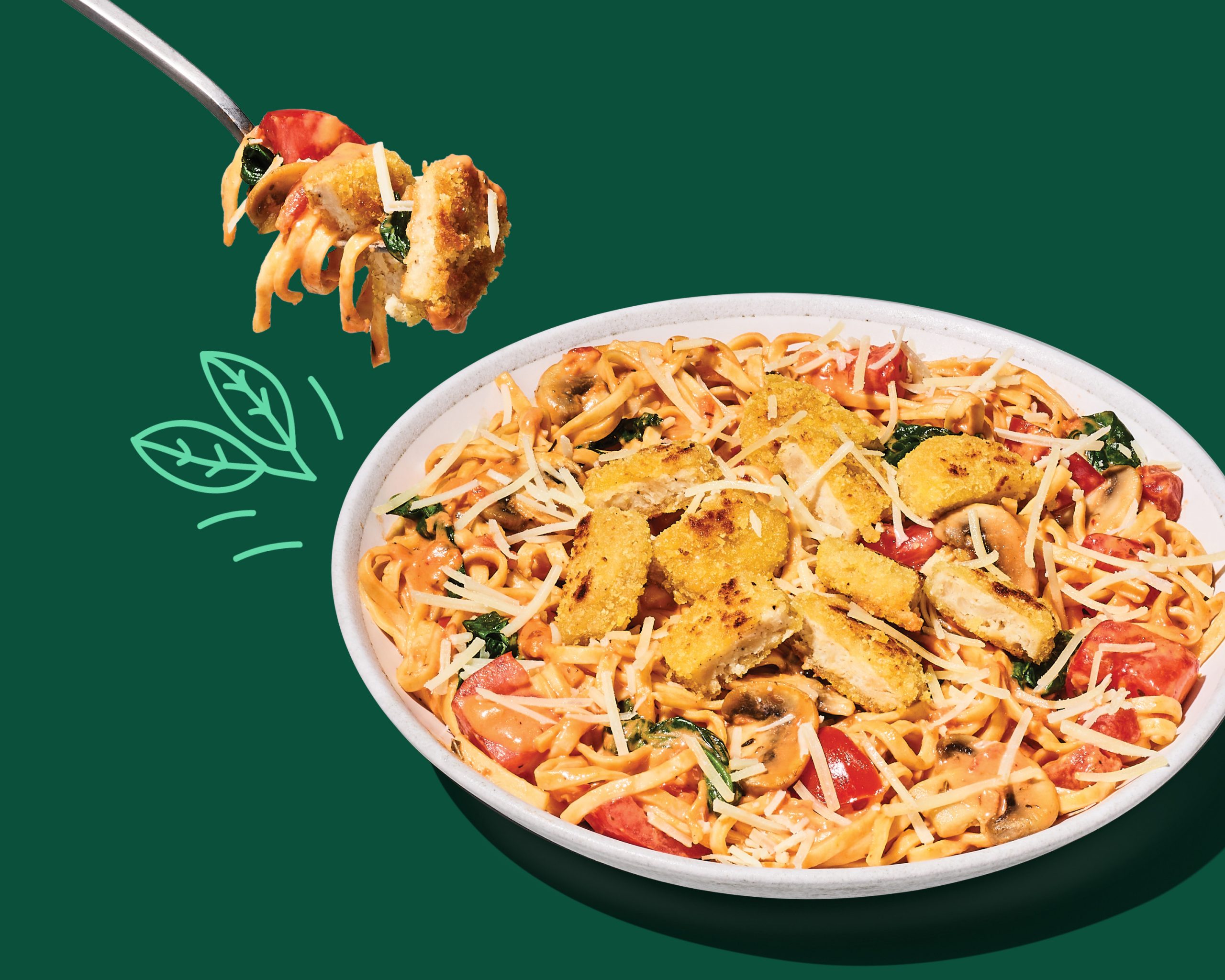 While there are currently no vegan cheese options at Noodles & Co., that may change in the future. Chef Graff told VegOut that the brand is always updating the menu to meet the desires of guests, and he anticipates that more and more guests will continue to desire plant-based options.