The vegan-friendly pizza chain is expanding its plant-based options in honor of the upcoming Veganuary challenge.

If nothing else, 2023 is going to be the year of vegan options! Popular East Coast-based pizza chain Mellow Mushroom is adding a build-your-own vegan pizza option for the first time.

Build Your Own Vegan Pizza at Mellow Mushroom

Mellow Mushroom is a Georgia-based pizza joint that serves stone-fired pizzas. The brand has always been a vegan-friendly company, and they’re always willing to get in on the Veganuary action! Last year, Mellow Mushroom released two new vegan pies in honor of Veganuary, and the restaurant’s permanent menu has several vegan options.

This year, Mellow Mushroom is supporting Veganuary once again with the launch of its build-your-own vegan pizza option. Customers will be able to choose from 19 ingredients to build their own vegan creations. Mellow Mushroom offers Follow Your Heart as its vegan cheese option and tempeh for a vegan protein. And with more than 15 different veggies and other toppings to choose from, there are endless ways to make your own vegan pie!

In addition to adding the new vegan menu items, Mellow Mushroom plans to roll out new in-store vegan menus in 2023. The brand has already added a dedicated vegan section to its online menu, making it easier for those with allergies and restrictions to order safely.

“Mellow Mushroom is delighted to launch our ‘Build Your Own Vegan Pizza’ option just in time for Veganuary,” said VP of Brand Development, Anne Mejia. “At Mellow Mushroom, we take pride in the inclusive nature of our menu offerings and our ability to serve delicious pies, salads, and munchies that accommodate dietary needs and preferences while maintaining great quality.” 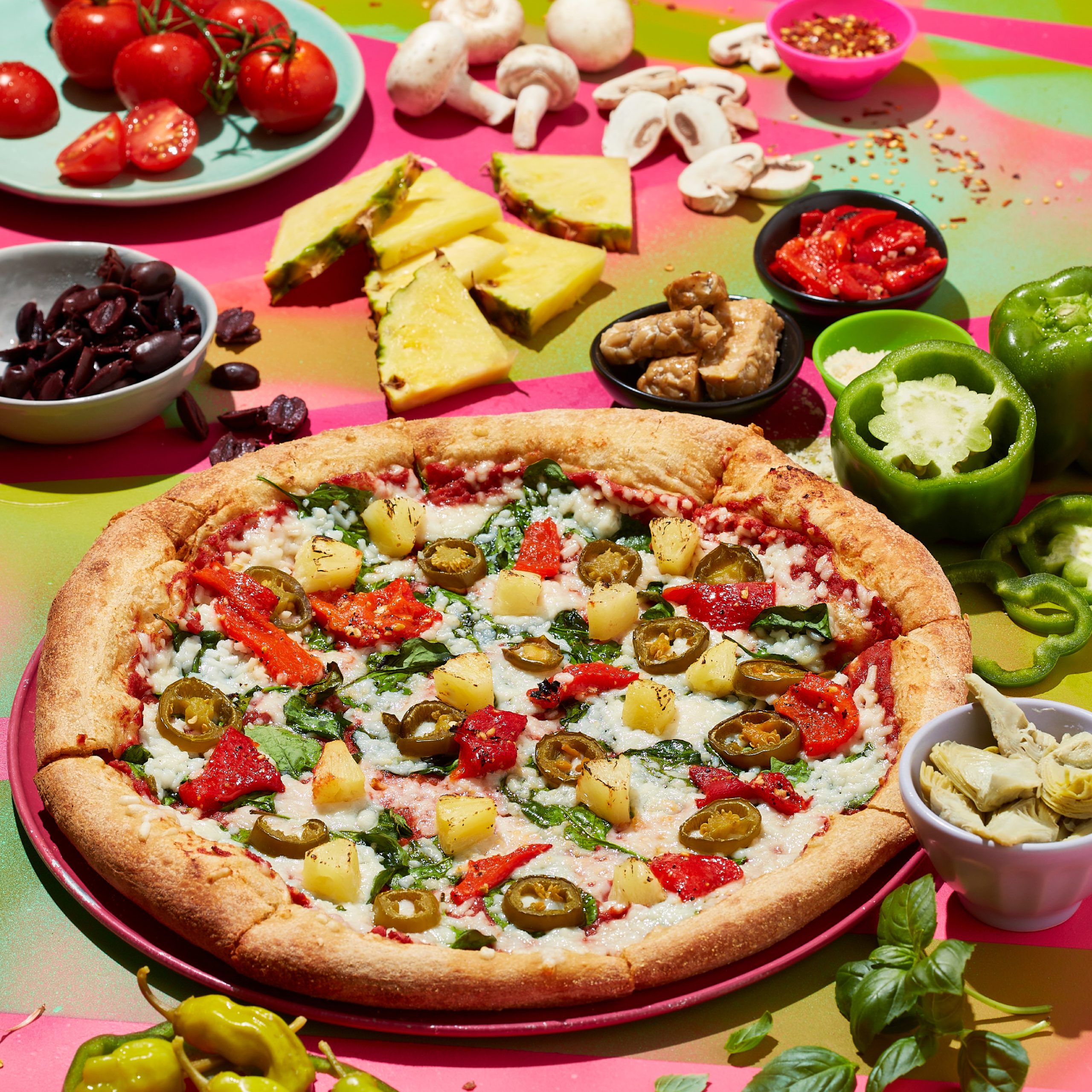 In addition to the new build-your-own vegan pizza option, Mellow Mushroom offers several other vegan options. There are two vegan-as-is pizza options on the menu: a plain cheese and the Vegan Veg Out which comes loaded with peppers, tomatoes, mushrooms, and olives.

To view the full menu, or to learn more about Mellow Mushroom’s commitment to plant-based options, visit MellowMushroom.com.