Oatmeal Dream Pie is rolling out to retailers nationwide this week.

January has already hit us with some great vegan news, and we’re here for it. Ben & Jerry’s is getting in on the Veganuary action this month with the addition of a new permanent vegan flavor to its repertoire: Non-Dairy Oatmeal Dream Pie.

The latest vegan flavor release from the ice cream giant was announced this week. Non-Dairy Oatmeal Dream Pie. Unlike some limited-edition flavors, this one is here to stay and is rolling out to retailers nationwide beginning this week.

Oatmeal Dream Pie is a vanilla ice cream base filled with chunks of oatmeal cookies and marshmallow swirls. The oatmeal cookies are sourced from the female and Black-owned vegan cookie company Partake. Partake is a certified B Corporation that makes vegan cookies that are free from the top 9 allergens.

Oatmeal Dream Pie is fully vegan and gluten-free and can be found in pints at retailers nationwide for $5.99 to $6.49. 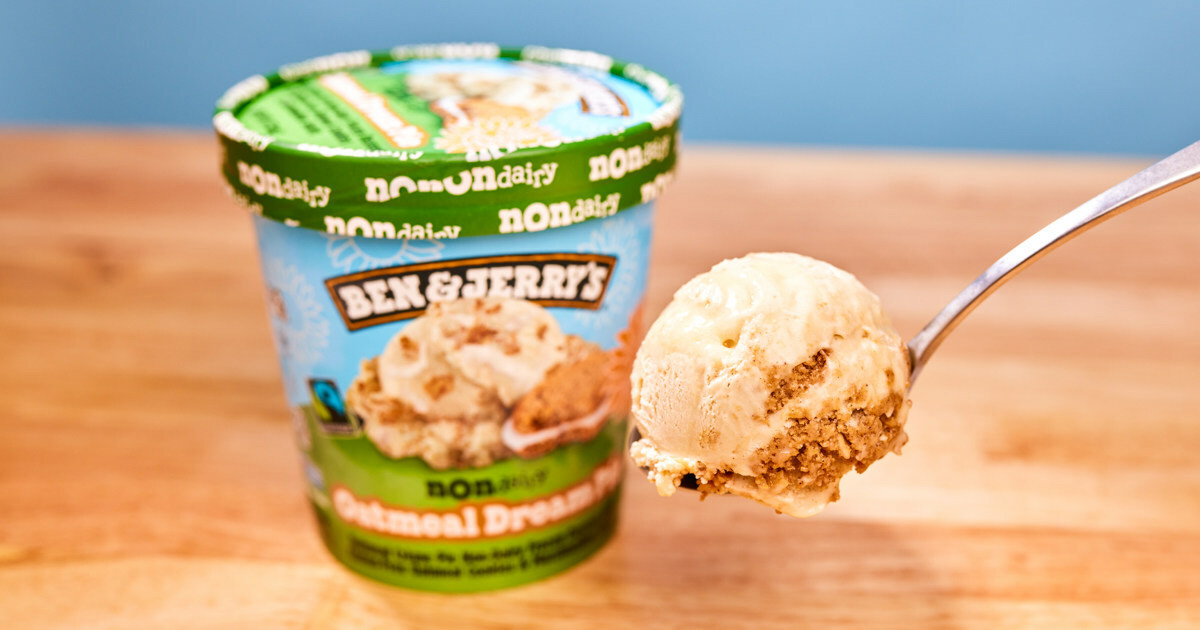 Ben & Jerry’s is committed to addressing social injustice in the US by supporting Black-owned and women-owned businesses. Last month, Ben & Jerry’s collaborated with filmmaker and activist Ava Duvernay on a new flavor: Lights! Caramel! Action! directed by Ava DuVernay. The flavor drops this month and is available in traditional and non-dairy varieties. Duvernay’s proceeds from the sales will go directly to her nonprofit organization ARRAY Alliance, which aims to advance social justice through art.