Behind each of these businesses is a talented, inspiring woman doing amazing things for the vegan community.

This Women’s History Month, we’re shining a light on women-owned vegan businesses across the country. In this article, read about 15 amazing women-owned Los Angeles vegan bakeries, ice cream shops, and dessert pop-ups. From donuts, cookies, and pop-tarts to ice cream and soft serve, this list covers it all!

This OG vegan pop-up is owned and operated by the oh-so-rad Heather Kuklin. With a menu of vegan, gluten-free ice cream, cookies, brownies, and more, Madame Shugah always has dessert covered! You can place an order for pickup or delivery or stop by their booth at Smorgasburg LA on Sundays. 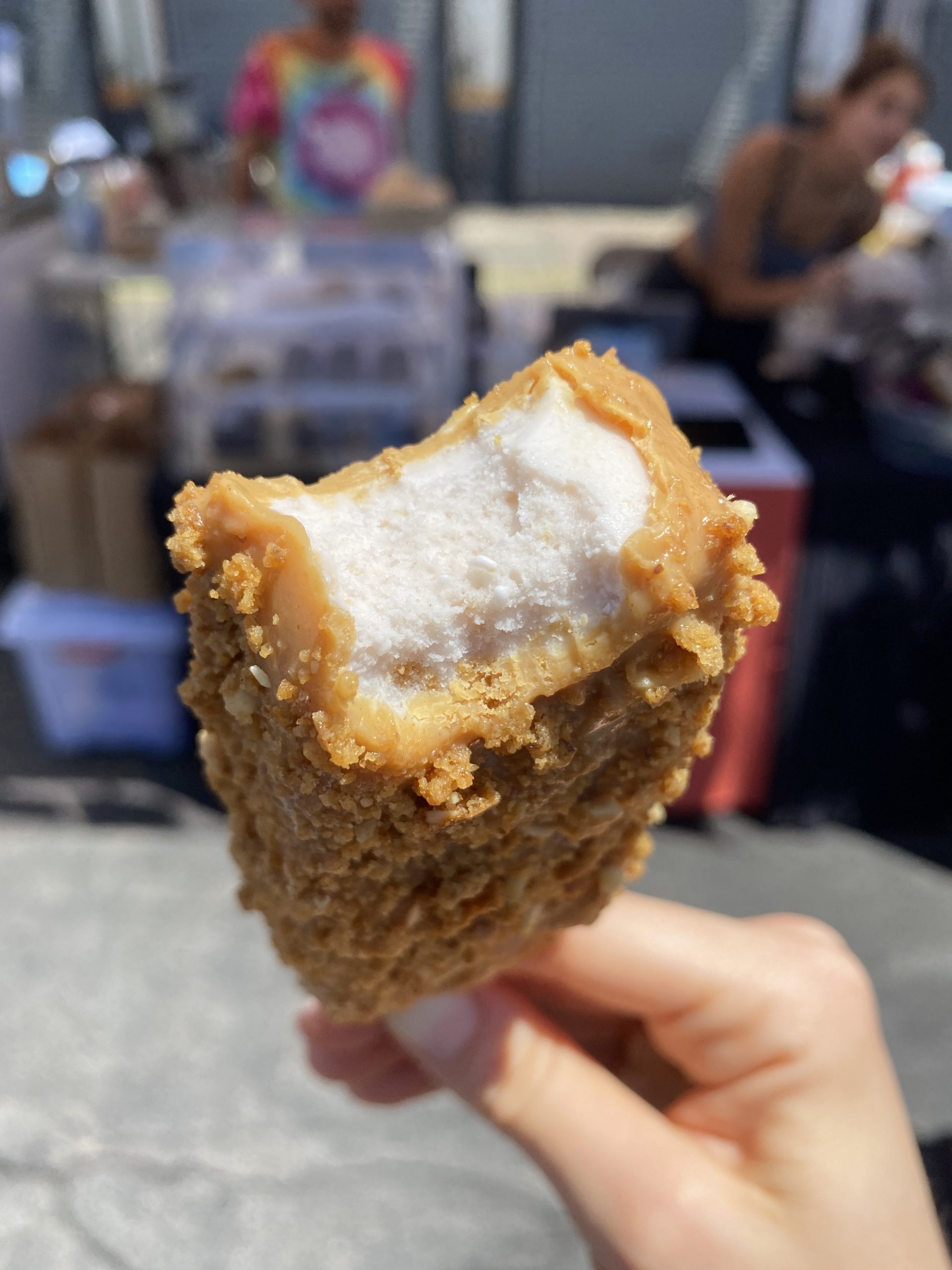 If coffee, pastries, and breakfast sandwiches are your vibe, pay a visit to this adorable bakery owned by Justine Hernandez! The pastry case is full of confections like cinnamon rolls, scones, pop-tarts, and cookies. Just What I Kneaded also offers savory dishes such as biscuits, breakfast sandwiches, and soups. 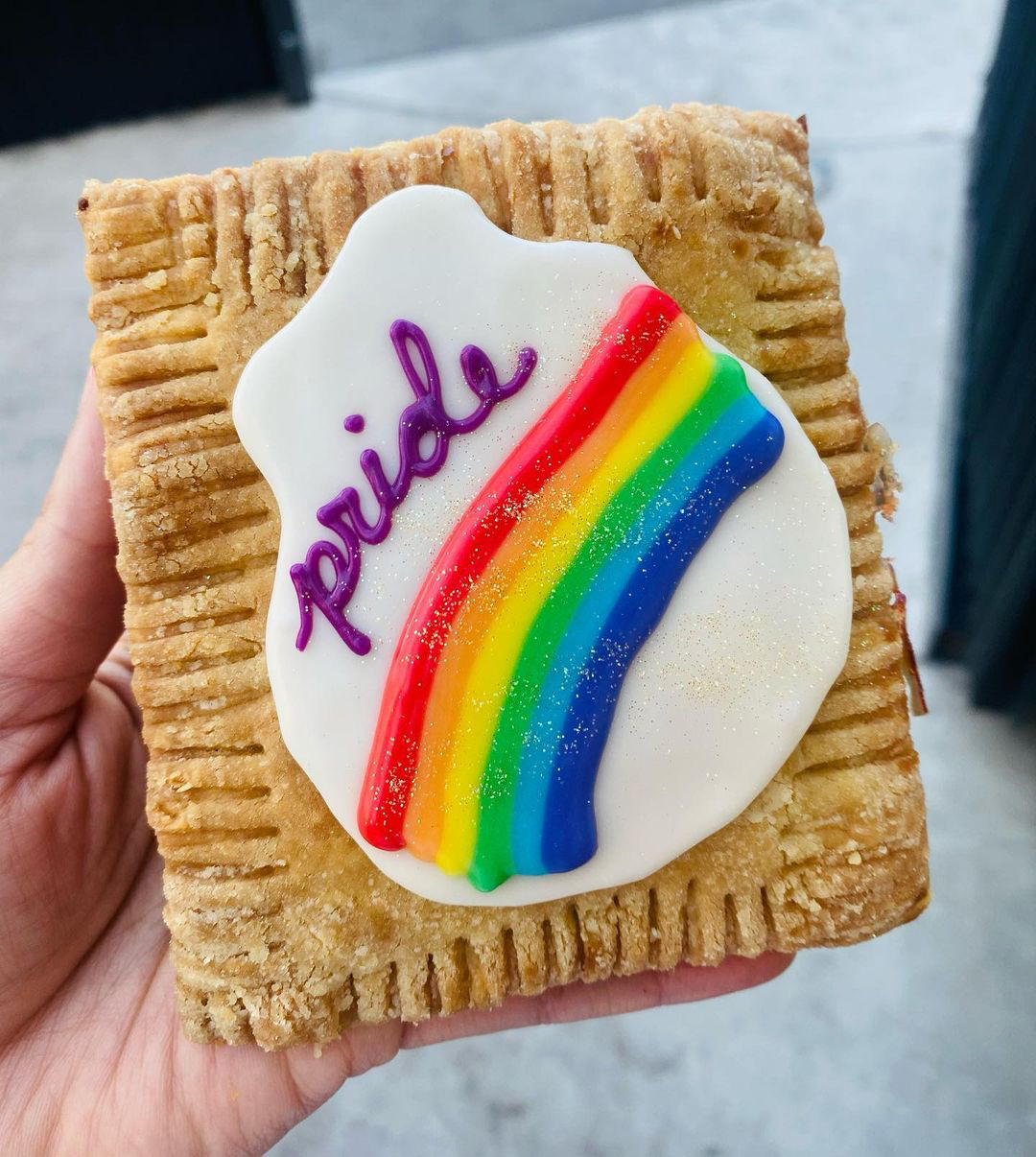 Melissa Schulman is the entrepreneurial queen behind this vegan soft serve empire! Since opening in 2015, Yoga-urt has become a favorite among Los Angeles foodies—vegan and non-vegan. The menu includes a full lineup of vegan soft serve flavors and toppings, milkshakes, soft serve pies, and seasonal specials. 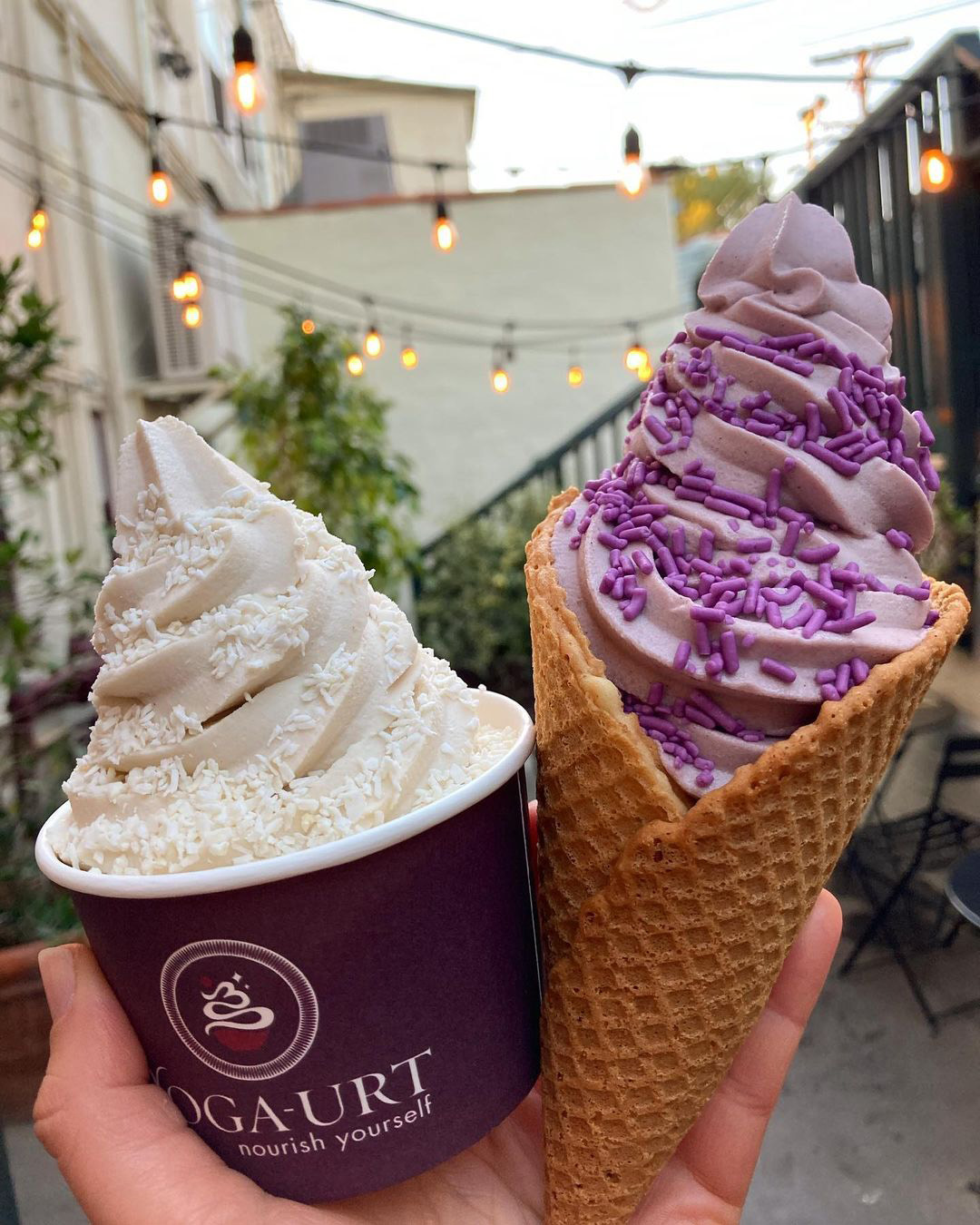 Celine Ikeler has changed the allergy-friendly baking game with her bakery Karma Baker. Operating out of Westlake Village for walk-in and pickup orders, in addition to offering nationwide shipping options, Karma Baker makes life sweeter for those who eat vegan and gluten-free. With a full menu of cakes, brownies, cookies, cupcake jars, pies, tarts, and donuts, there’s something for every person and occasion. 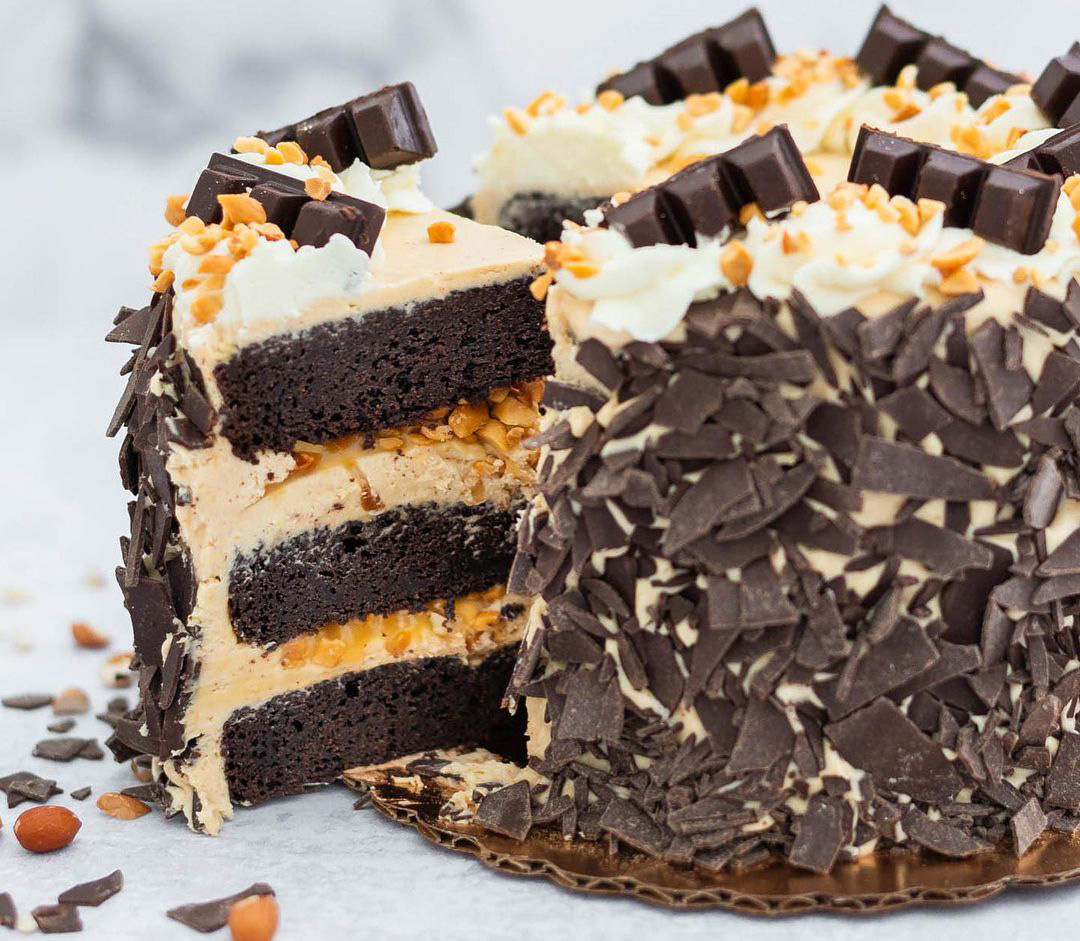 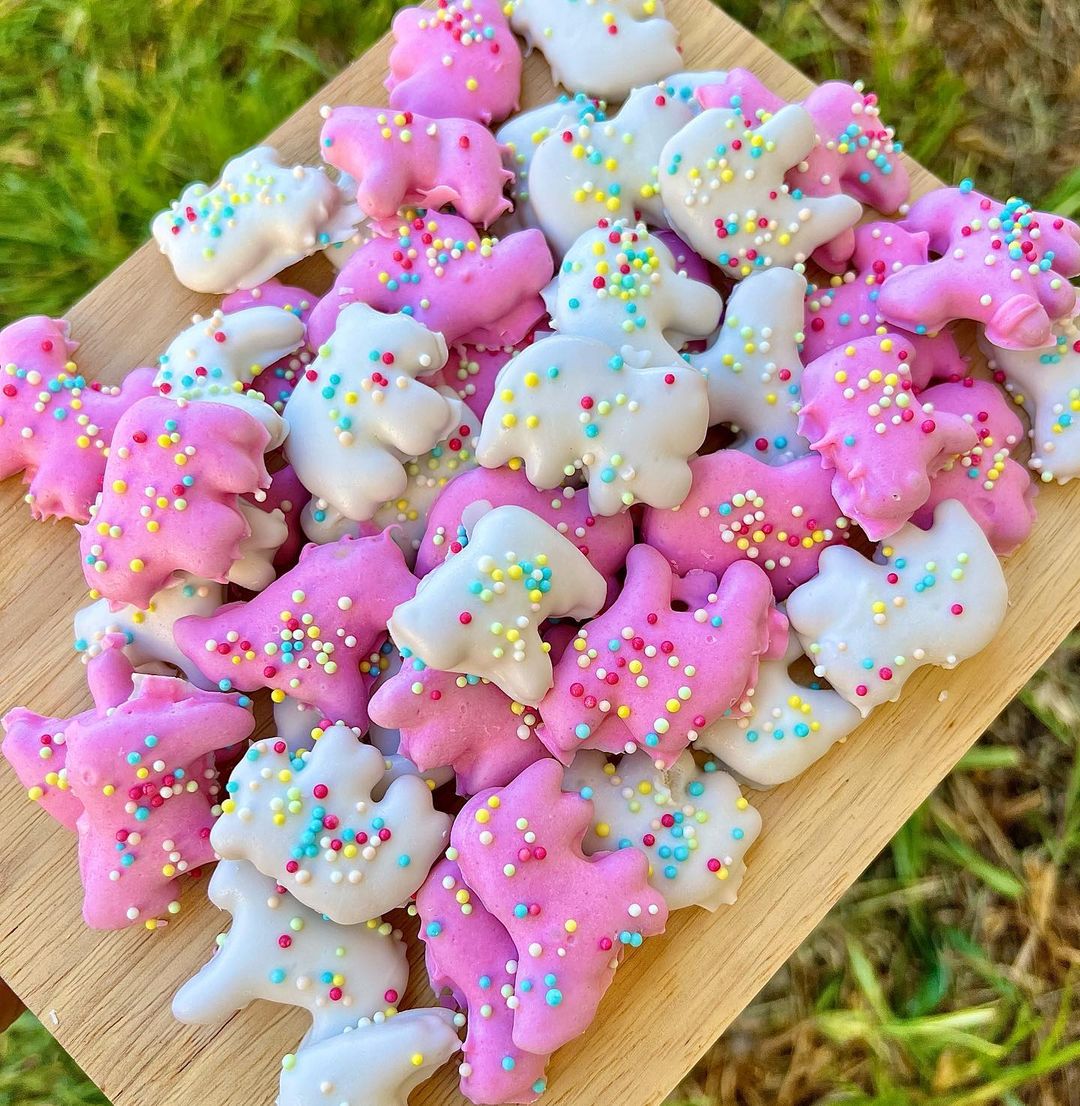 Specializing in French-style viennoiserie, Chaumont Vegan offers a unique variety of plant-based items for the Los Angeles vegan scene. Owner Laila Abddaim has perfected the recipe for vegan croissants of all flavors, tarts, danishes, pain suisse, and other drool-worthy pastries that will transport you directly to France. 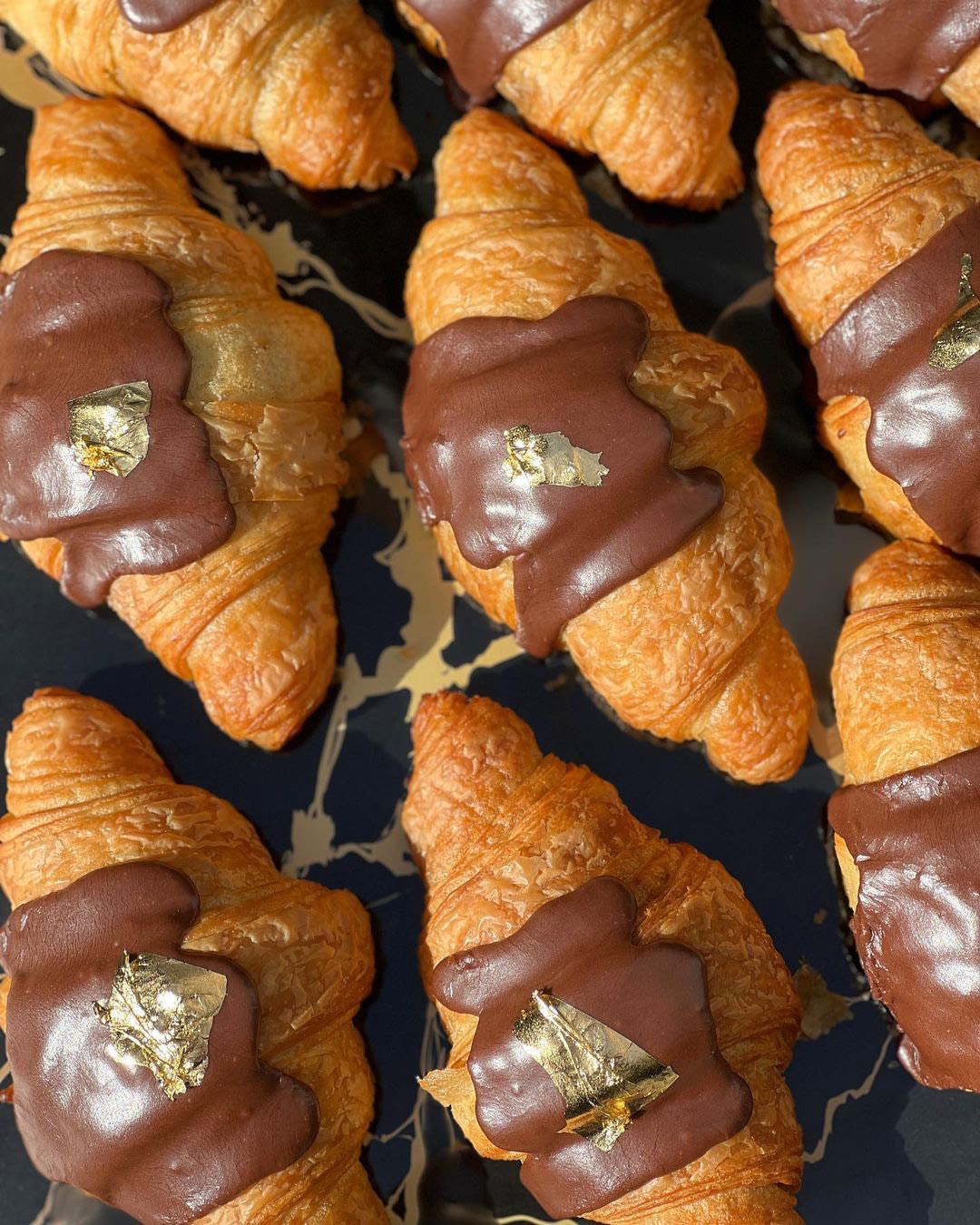 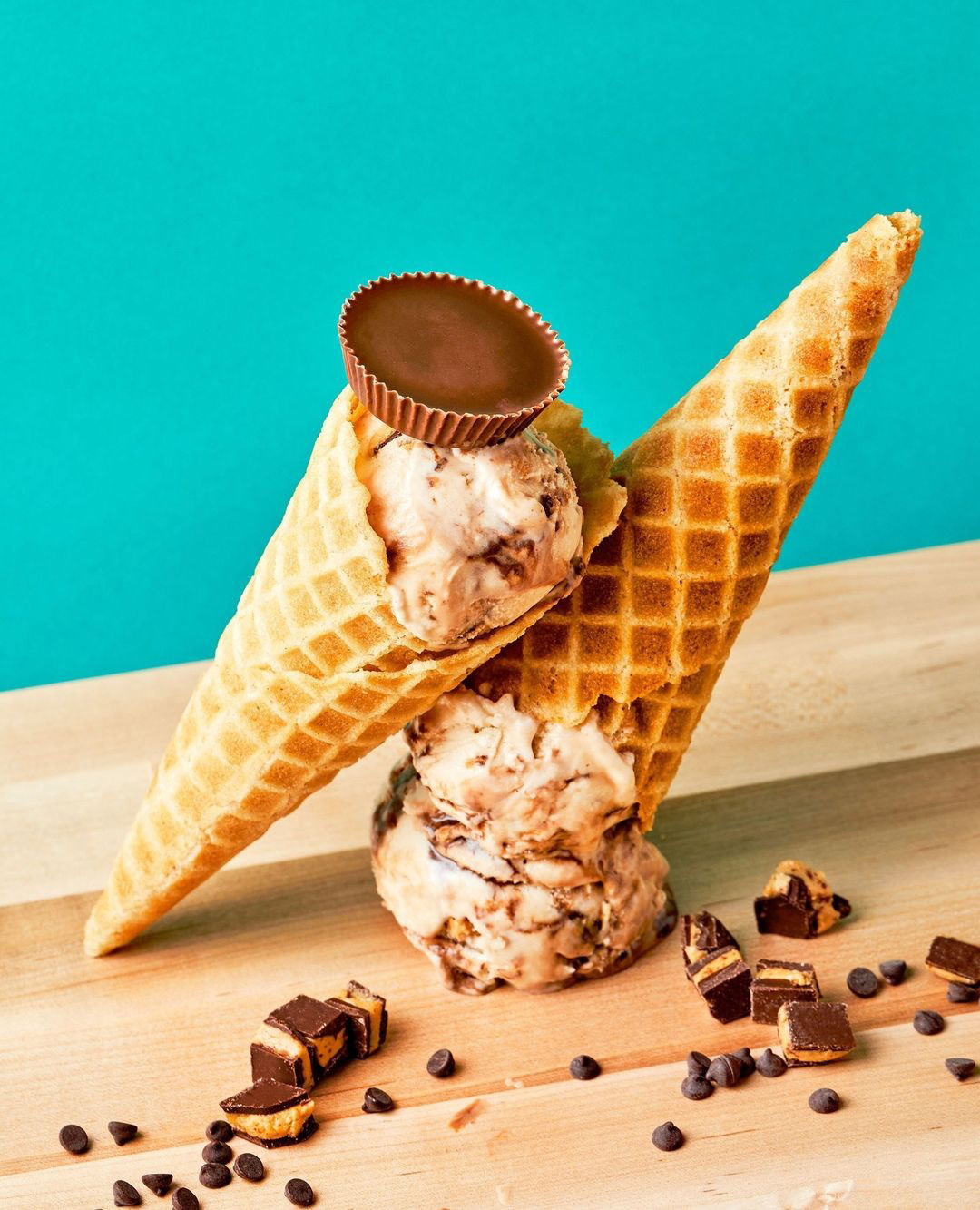 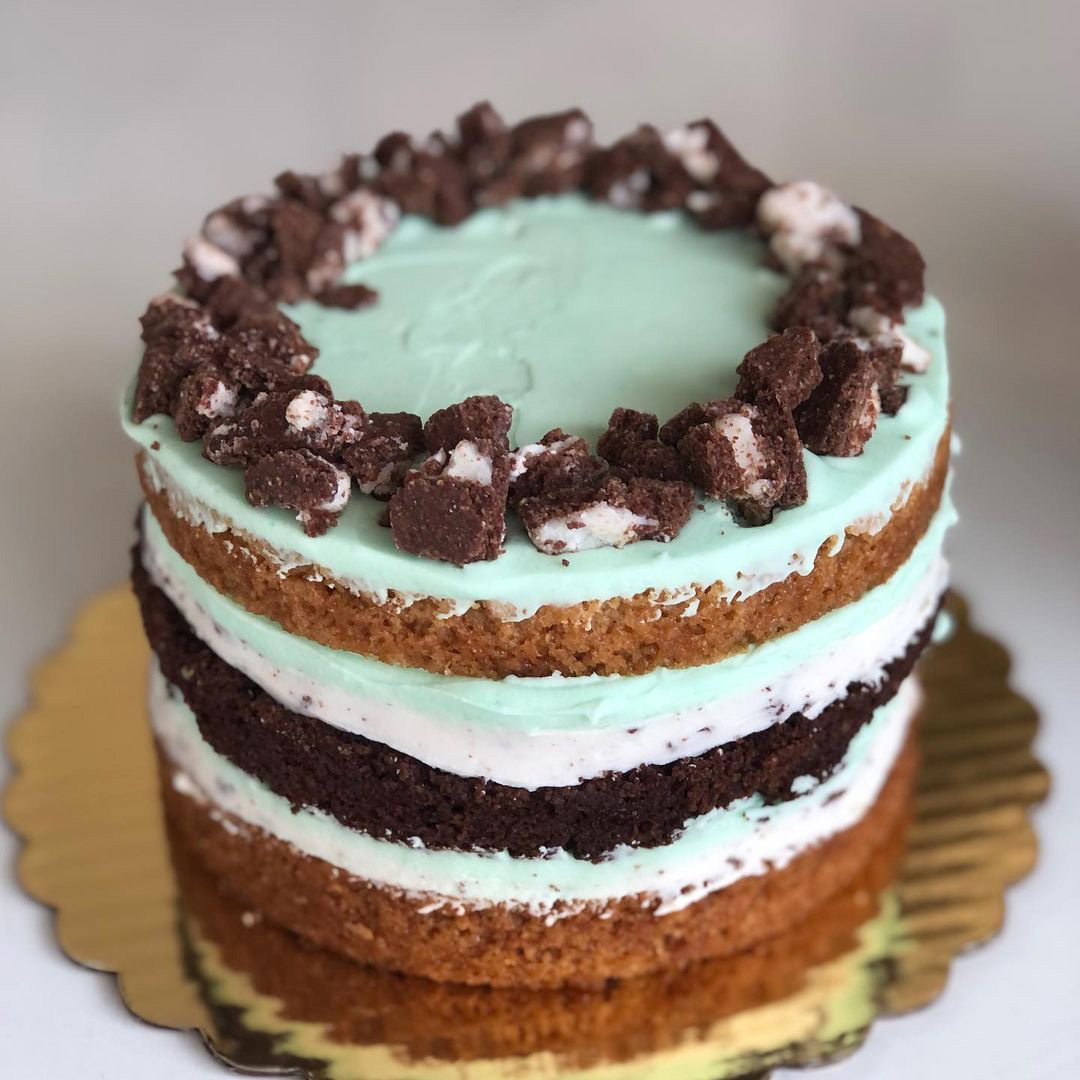 Boba is super on-trend right now and Megan Rebecca Avila of Nova Boba is making sure vegans are covered! The most popular sippable sweet to order is the Horchata Boba, featuring house-made oat milk horchata with brown sugar boba. Pair your drink with an Ube Mochi Waffle if you dare! 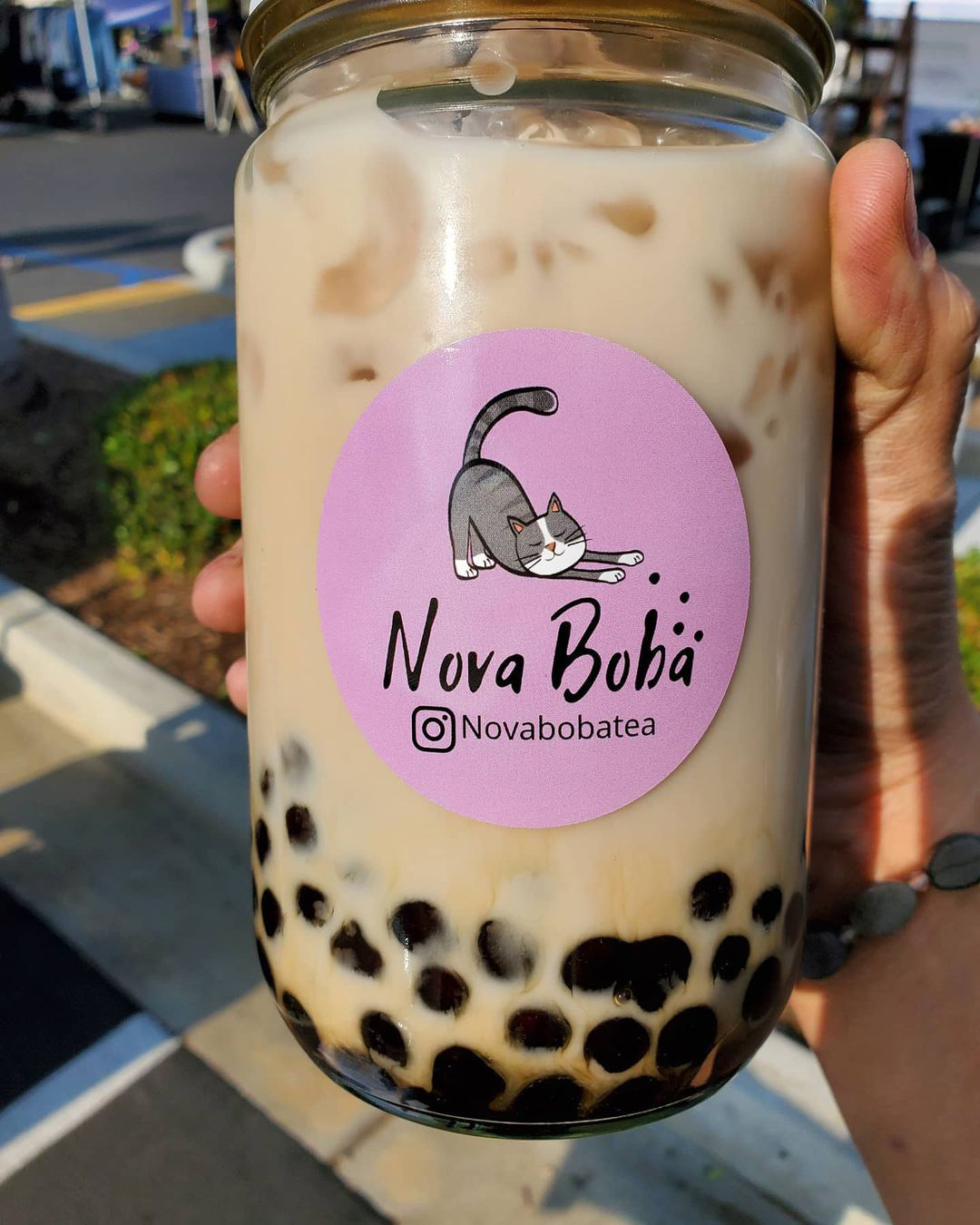 Nicole Allen founded Baked Vegan Sweets at just 19 years old. What began as an in-house micro-bakery has turned into a bustling storefront in Long Beach! Customers can choose from a variety of baked goods in the pastry case like Ding Dongs, Rainbow Chip Cookies, Chocolate Cupcakes, Tres Leches slices, and more. If you have a special occasion coming up, we’d suggest placing a custom cake order! 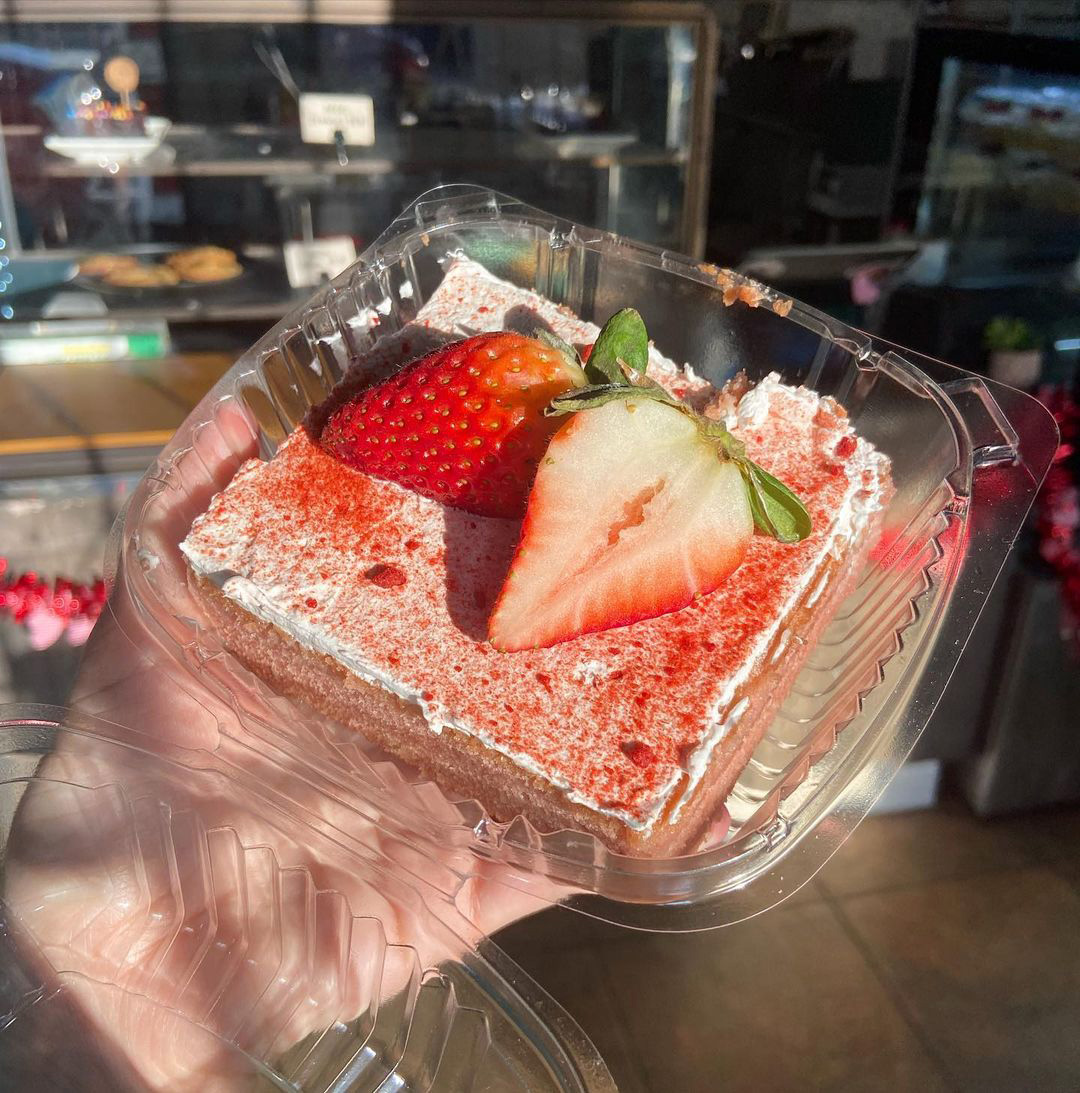 Want something sweet to pair with your afternoon tea? Order a box of vegan macarons from Verón. Founder Shera Fournier has found a way to make these Parisian treats using vegetable starches instead of egg whites. In a variety of flavors and colors, these macarons are sure to brighten your day. They make for great gifts, too! 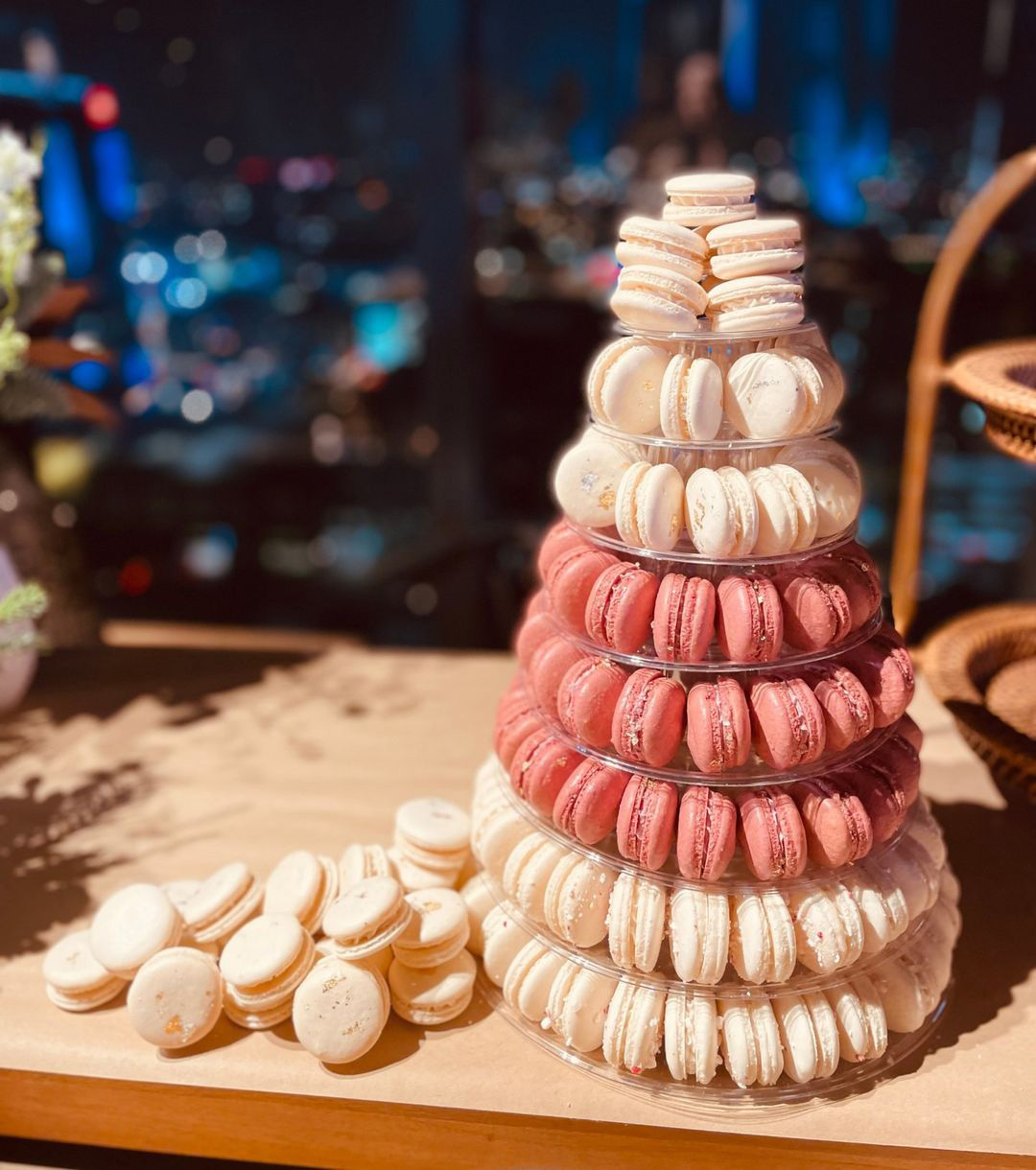 Amber Rose Martinez founded this vegan dessert pop-up with motherhood as one of its core values. On top of making and selling delicious vegan pop-tarts and other pastries, Martinez just announced a new event dedicated to showcasing local women-owned businesses, called Chingona’s Market. 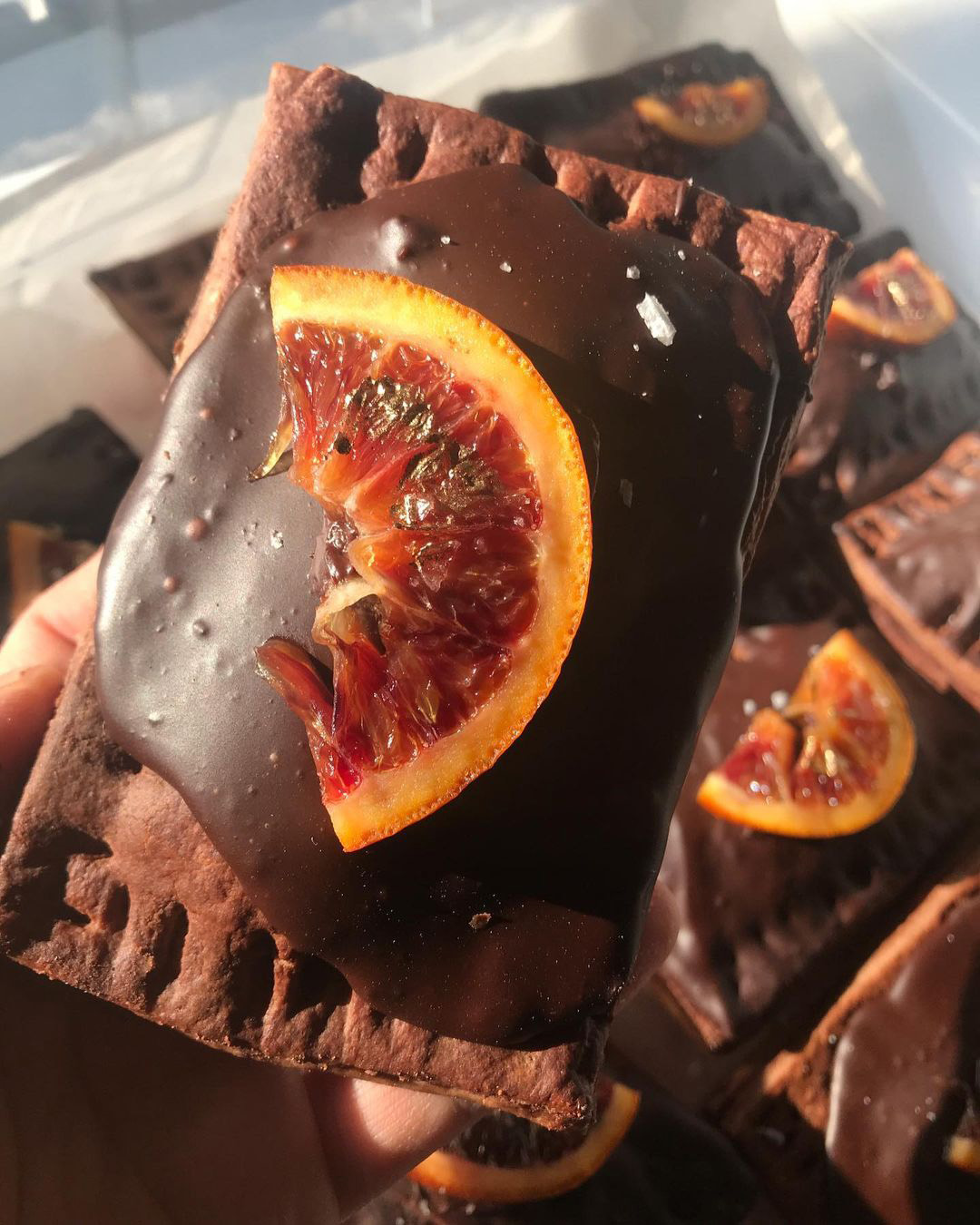 Chef Macha Eliad has completely won us over with her glorious vegan tarts! With their flavors of strawberry and lemon meringue to pistachio apricot and Praliné-Chocolate, it’s no secret we’re obsessed! Maison Macha also offers croissants, cakes, cookies, and other French-inspired desserts. 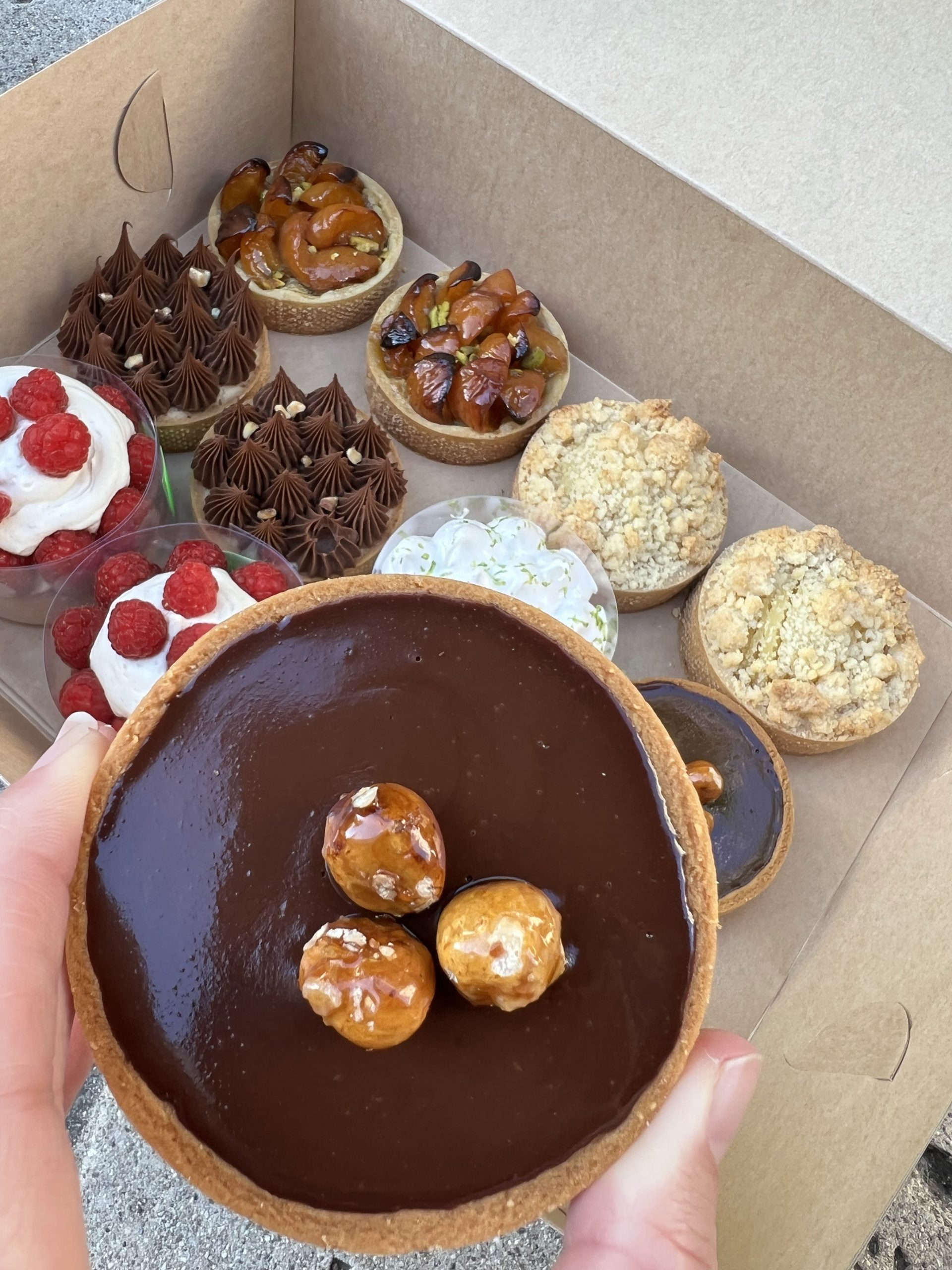 The Sticky Cinnamon Pecan Babka from Katerina Kugel’s vegan micro-bakery is what dreams are made of. Layers of ooey-gooey bread with a sweet brown sugar-pecan filling doused in cinnamon syrup? We’re sold! Valley Girl Bakeshop also makes vegan pop-tarts, concord cakes, and other confections upon request. 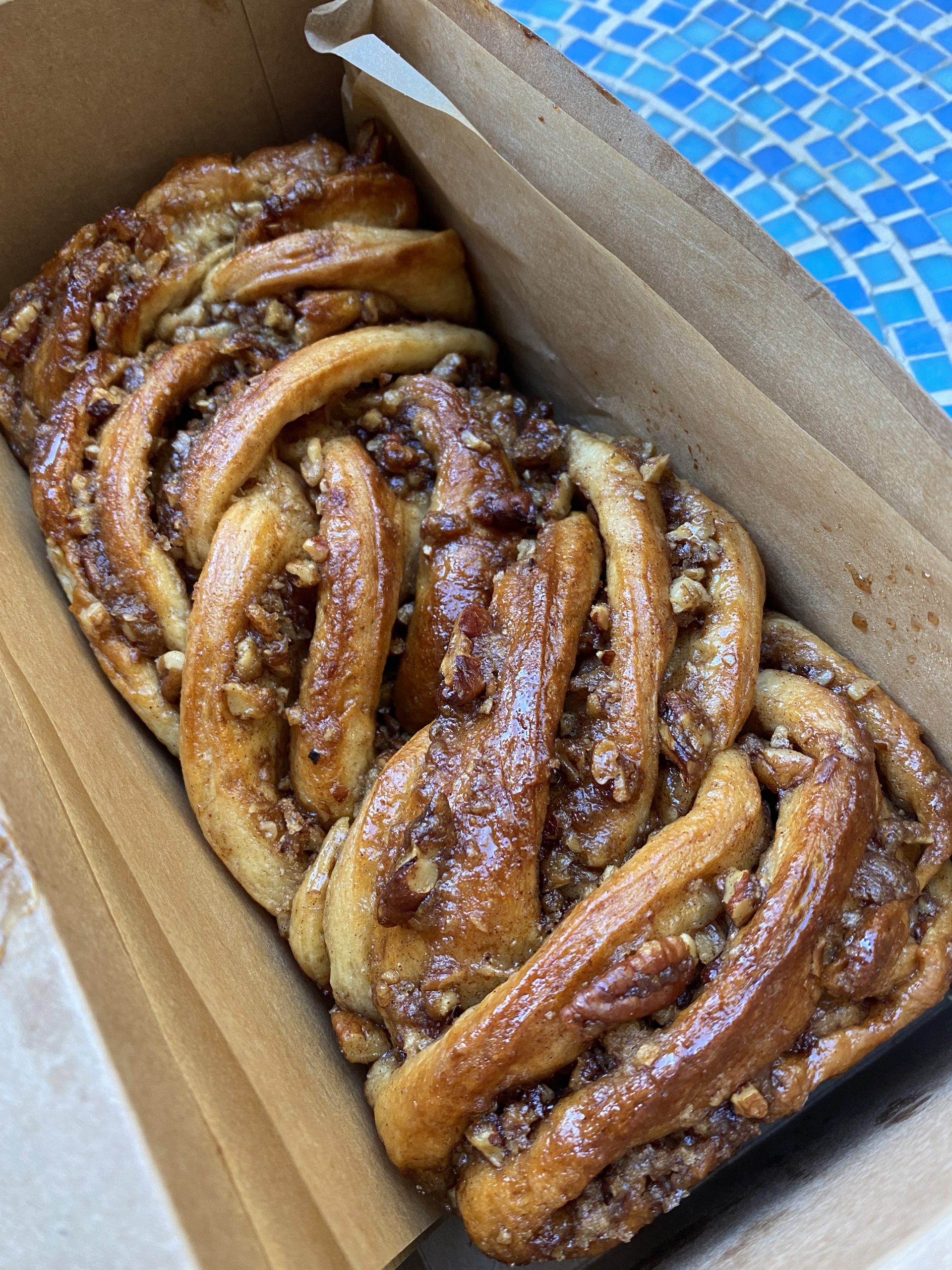 Honey Greens Juice Bar is swirling up bright and fruity vegan soft serve! The most iconic menu item has to be the Dragon Fruit Float, which contains pineapple soft serve with pink dragon fruit & citrus juice and pitaya on top. Mad props to the owners, Melissa Murguia and Skarleth Granados, for serving sweets that are Instagrammable and tasty! 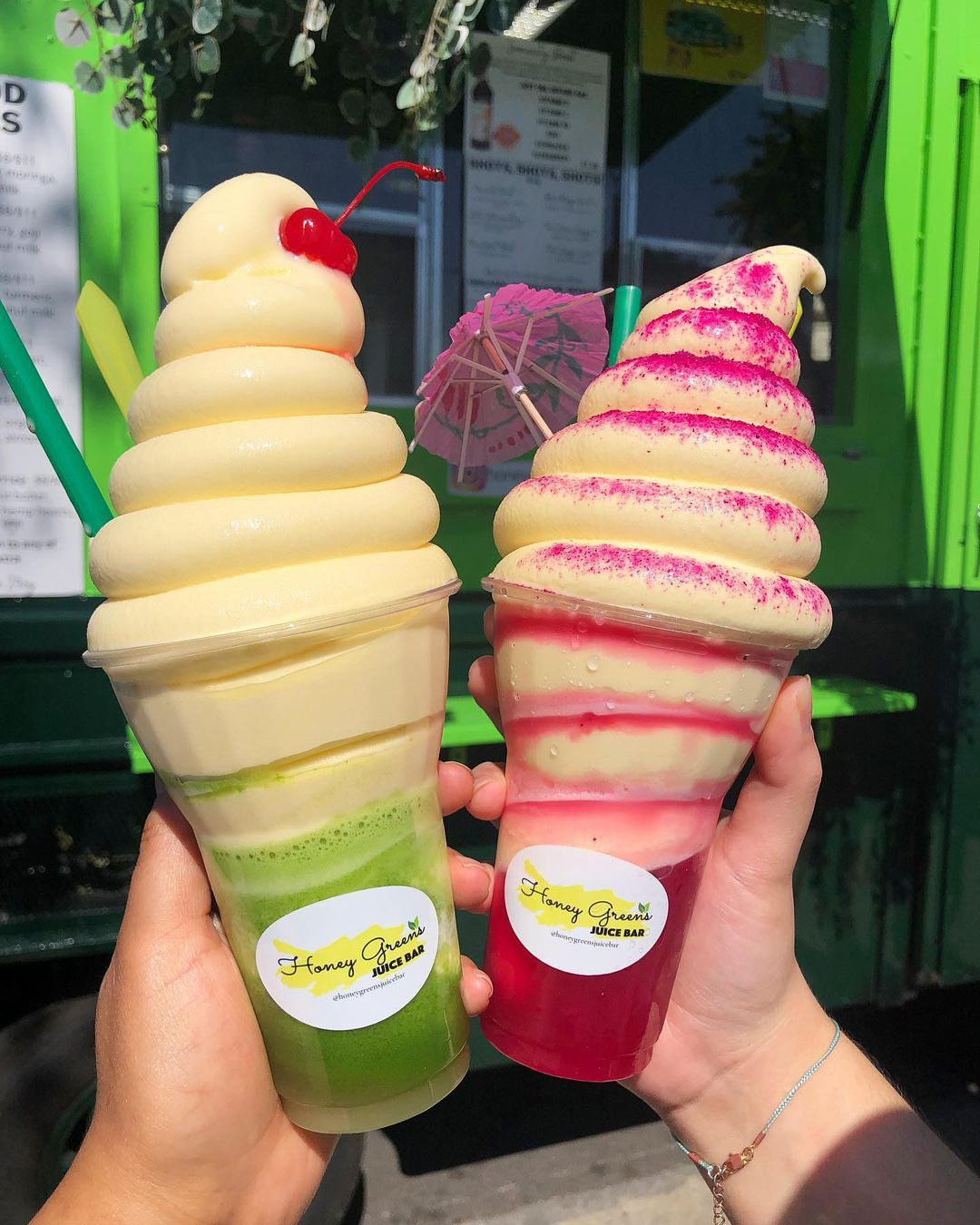