Florida is quickly becoming one of the country’s sizzling states in progressive vegan eating. From Ahi Watermelon Sushi to Seitan French Dips, it’s no wonder foodies are thrilled to visit the area’s sandy beaches, theme parks, and lively cities. Influenced by Southern culture, Latin America, and traditional European cooking, this roundup of Florida’s top ten vegan restaurants will make you pack your bags and hop on a plane!

Ethos is Orlando’s longest-running, fully vegan restaurant serving hearty meals of meatloaf and shepherd’s pie, plus all your favorite veganized desserts, like strawberry milkshakes and chocolate cake. Inspired by the vegan Goth movement, this diner utilizes tattoo motifs in its logo and prioritizes beautiful original artwork throughout the diner. Ethos is located in Winter Park, home of Rollins College, just minutes north of Downtown Orlando. 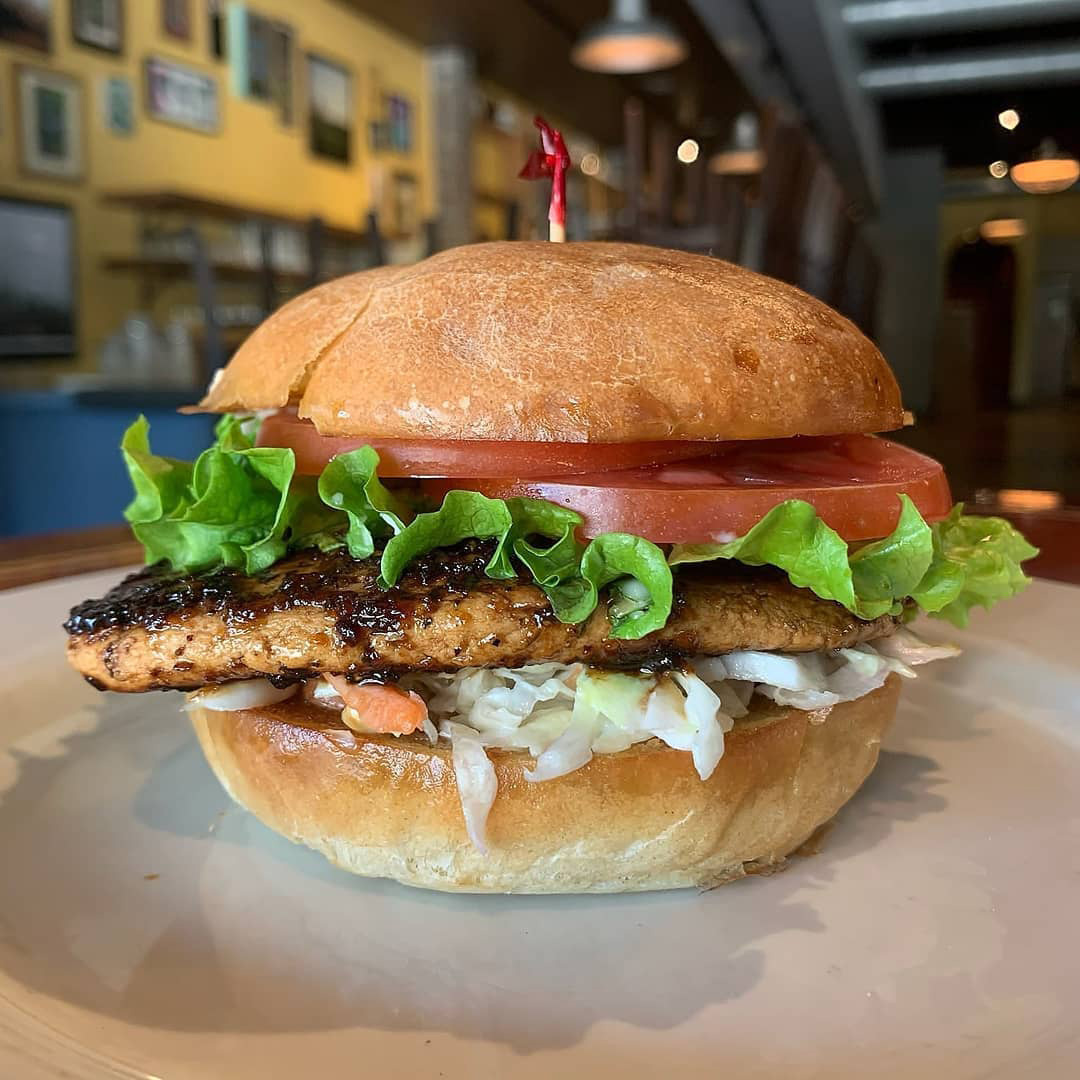 Golden Dinosaurs is a groovy, plant-based eatery in the St. Pete Bay Area. Most of their comfort dishes are handhelds, such as their Seitan French Dip or Cowboy Dan Burger (named after the Modest Mouse hit song). They also serve a vast variety of salads and sides, including Chili Cheese Fries and Popcorn Chicken. Next time you visit the Bay Area, be sure to visit the adorable beach town of Gulfport to get your hands on some delicious vegan dishes. 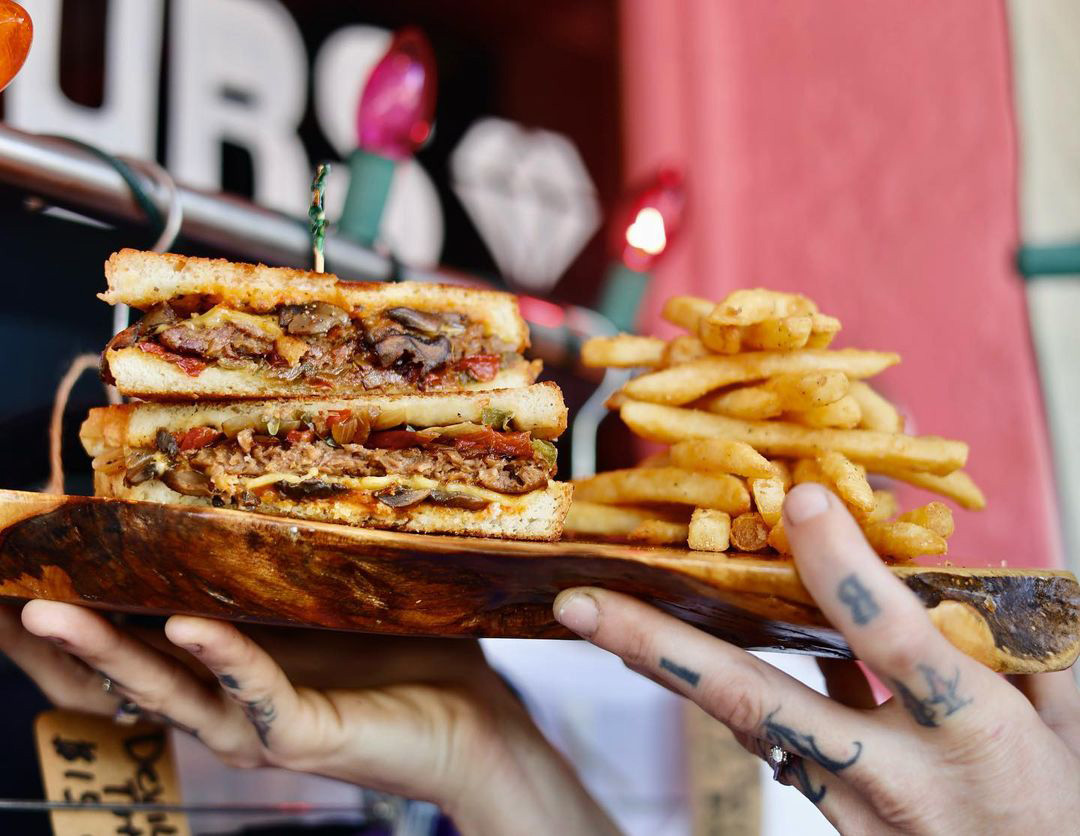 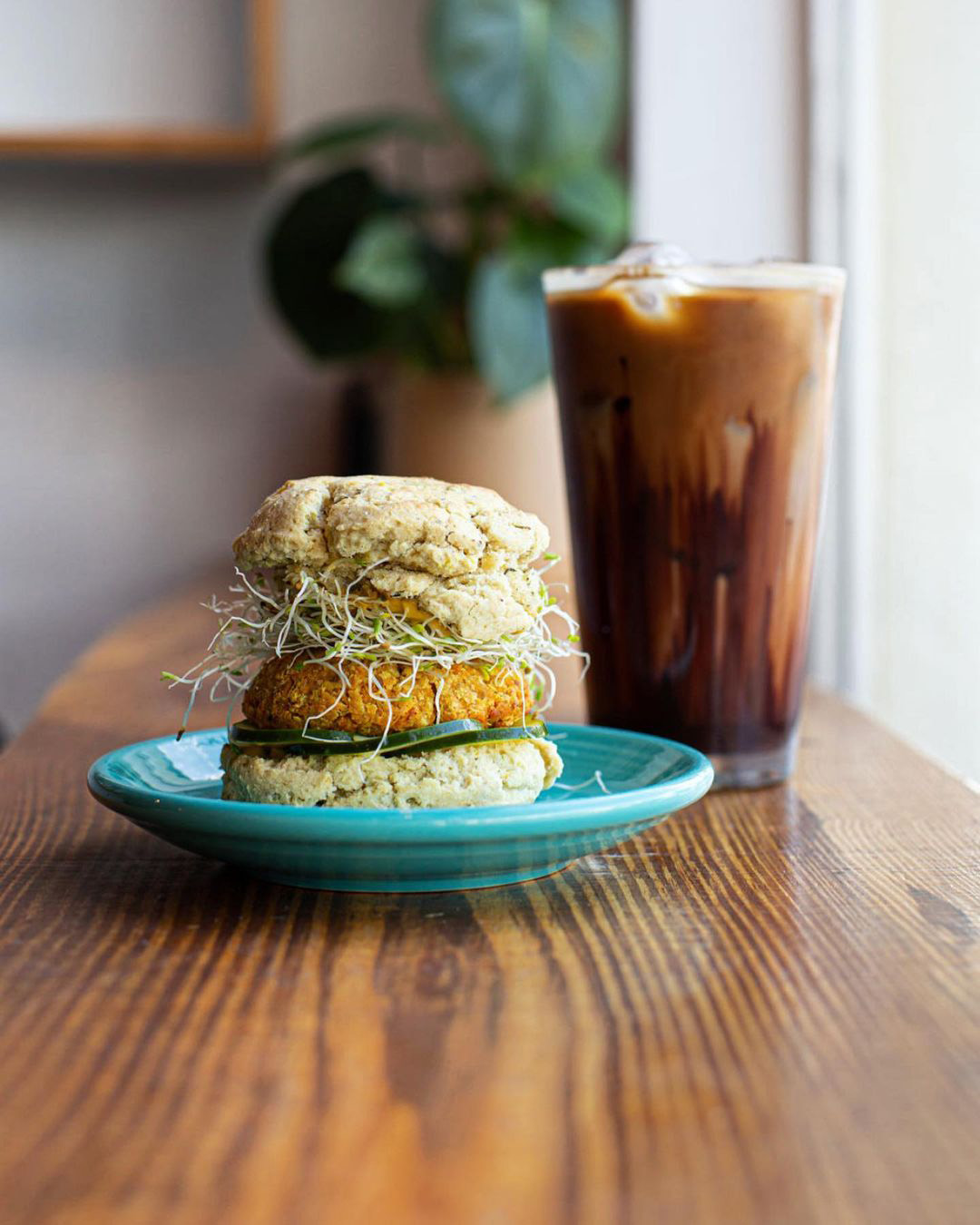 Kosher-certified and non-GMO international restaurant Full Bloom won the Tripadvisor award for Best Vegan Restaurant in 2021, turning heads across the country. Their menu includes a variety of veganized cultural dishes from around the world. Travel from Peru with their Lomo Saltado to China as you enjoy Mushroom Manchurian Noodles. Finish off your meal with Coconut Flan or Limoncello from their after-dinner alcohol selection. 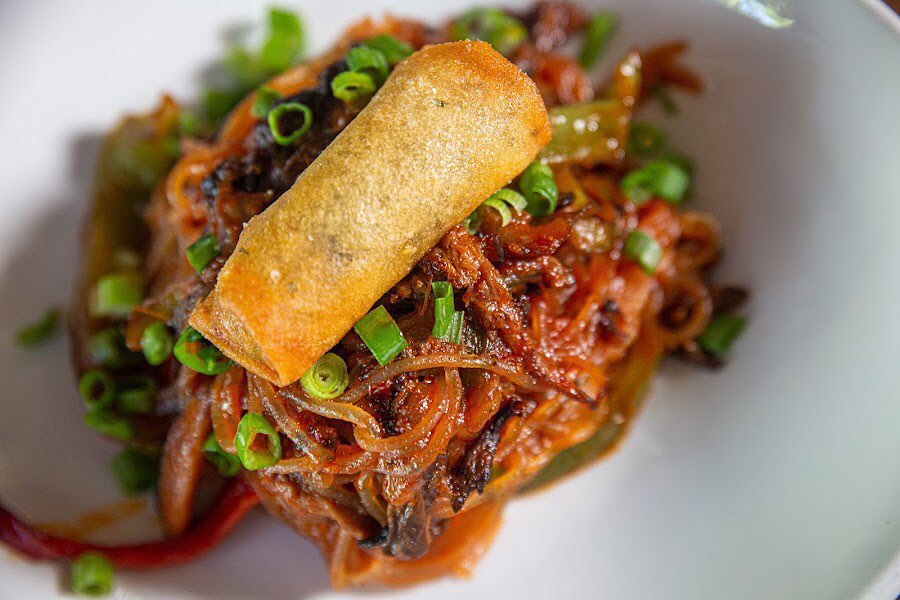 Sweet Pea Cafe is a locally owned and operated casual farm-to-table cafe in the Panhandle. They source most of their ingredients from nearby Quincy, Florida and the surrounding Tallahassee area. The spot is famous for their handhelds, including a Buffalo Fried Tofu Sandwich and Thaight Budget sandwich, which is topped with house-made peanut butter, sliced red bell peppers, cucumbers, sriracha, and cilantro, served on toasted sourdough bread or a gluten-free brown rice tortilla. They also own and operate a bakery that produces unique vegan goods daily, such as Green Tea Sugar Cookies and Key Lime Tarts with a graham cracker crust. Find Sweet Pea minutes away from Florida State University. 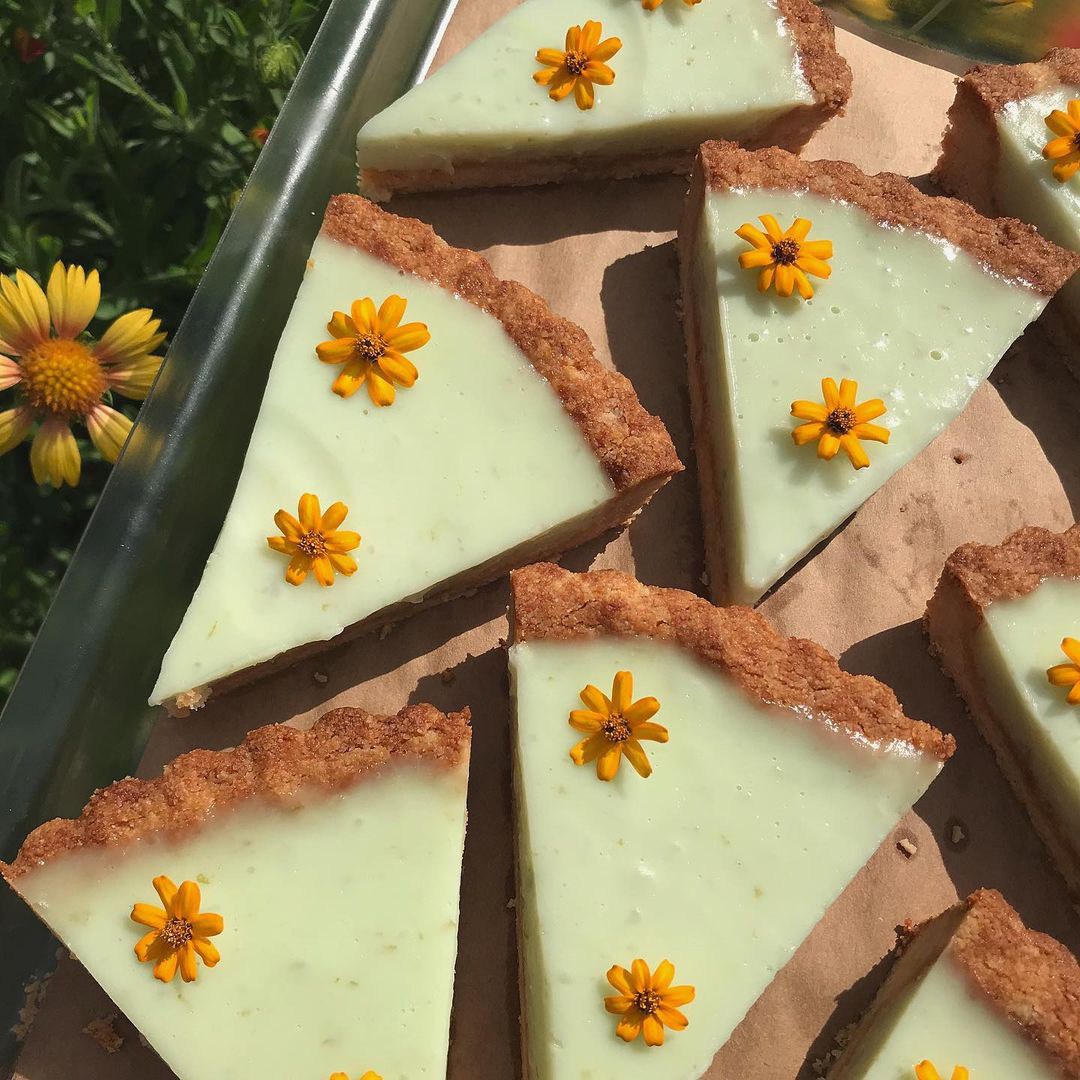 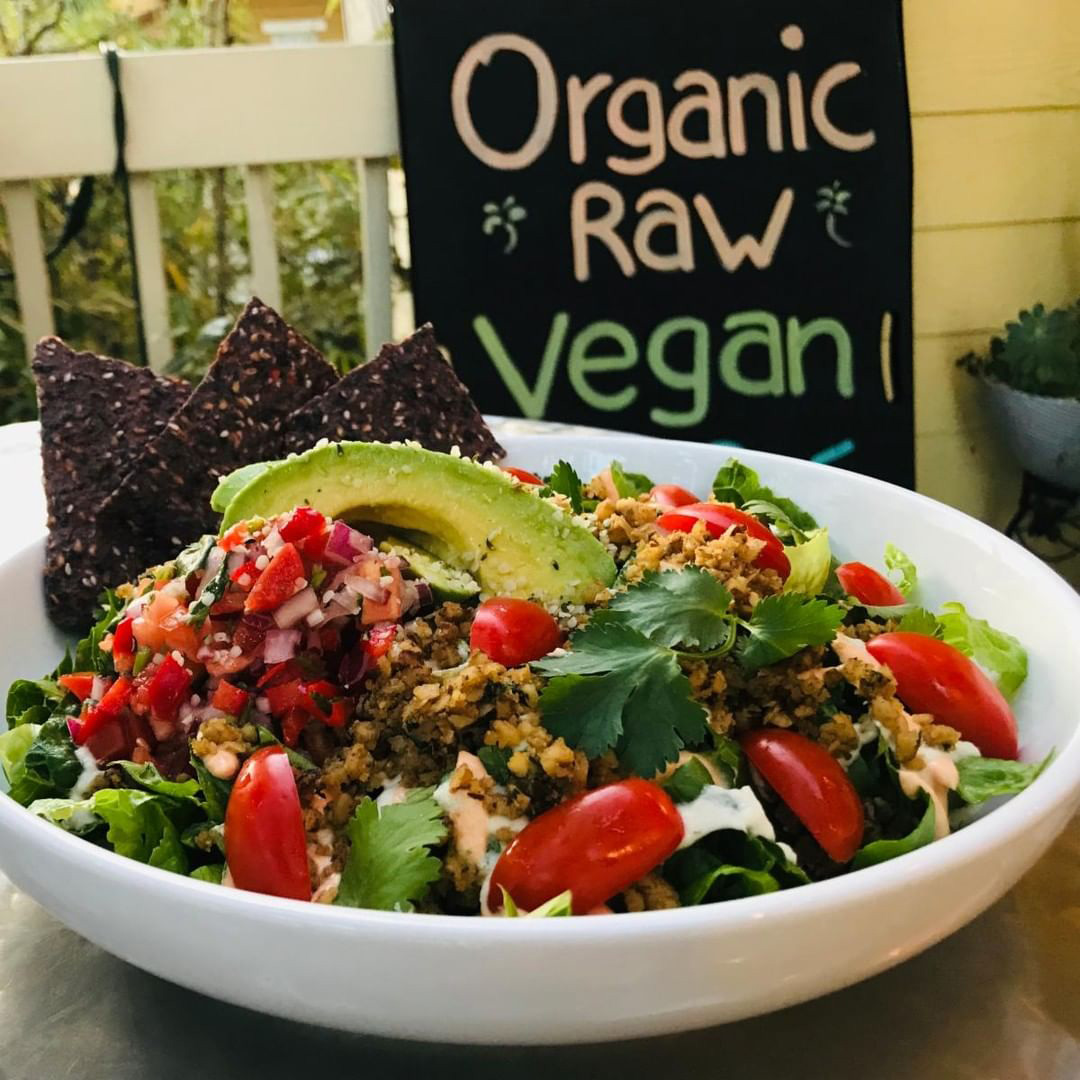 Walking distance from the University of Florida’s central campus is Karma Cream, an all-vegan organic cafe and ice cream parlor. Their menu features an impressive selection of house-made coffee syrups, including Almond Rose and Curry Spice varieties, which can be added to any standard coffee drink of choice. Sit down and eat or grab and go. Try a vegan grilled cheese with dairy-free affogato for a luxe afternoon treat. 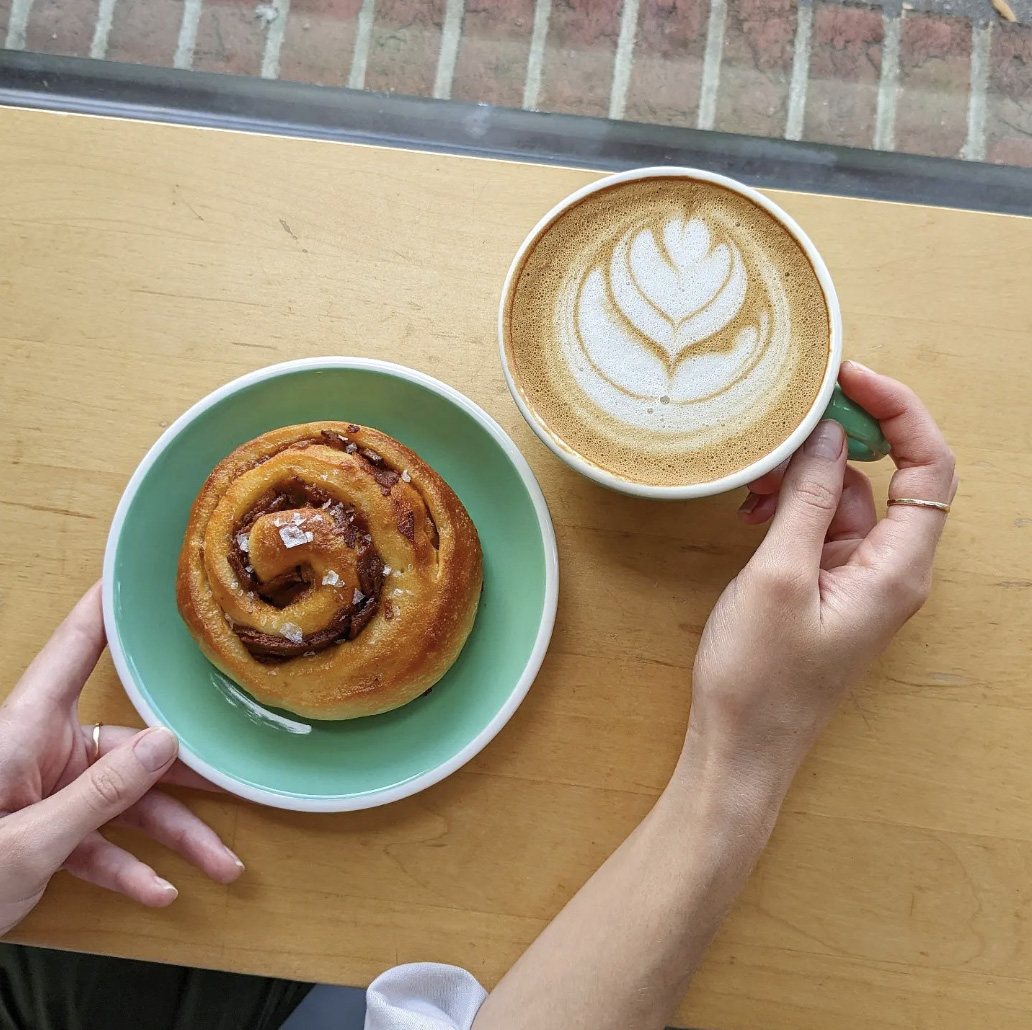 Planta is South Florida’s premier vegan upscale dining experience, with a menu designed around sustainability. Start your experience with Ahi Watermelon Nigiri and Mushroom Carpaccio before transitioning to a Spaghettini Alla Carbonara main. Pair with a Matcha Mojito anti-intoxicant tonic. 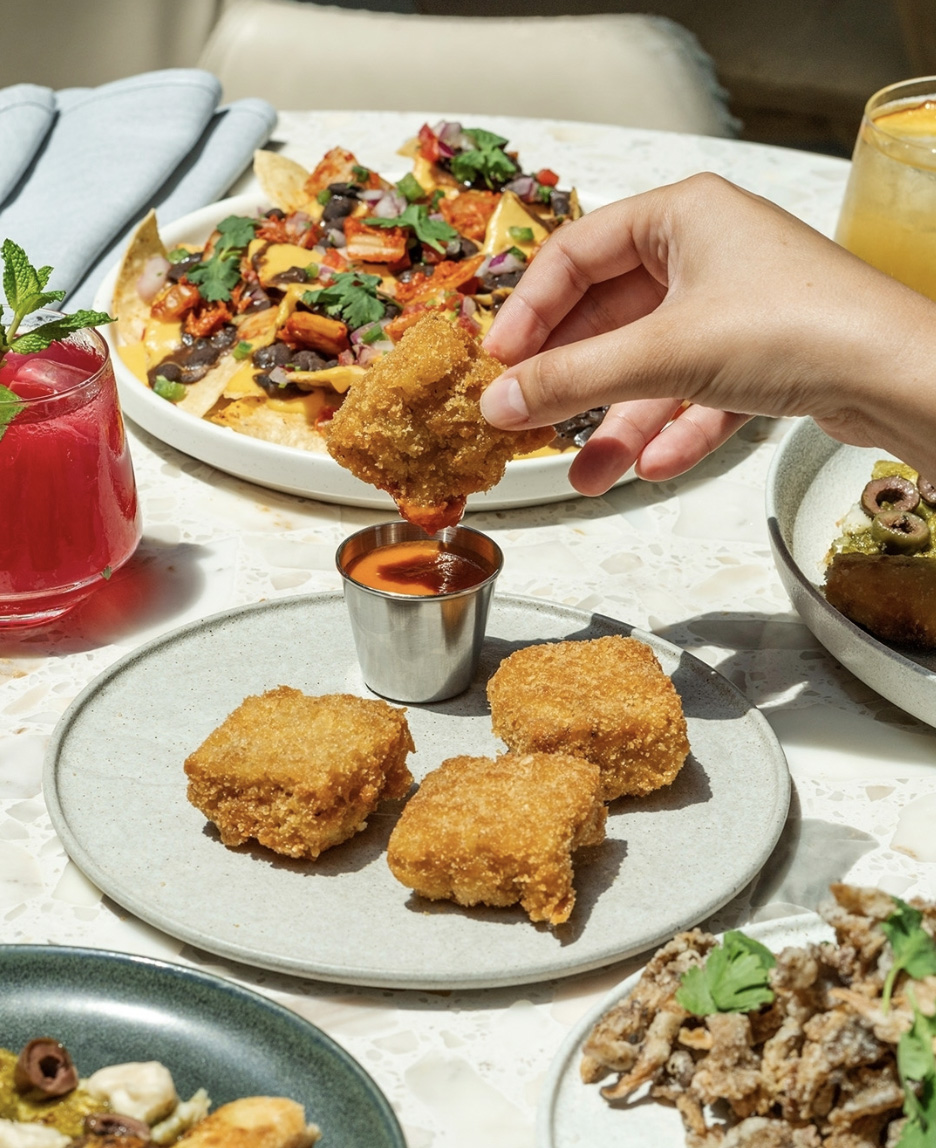 Farmacy Vegan Kitchen is a multi-location, quick-service restaurant offering diverse vegan comfort food. Items include everything from loaded cheesesteaks to Buffalo sauce burgers and a rotating baked goods selection. Each of their Tampa locations is inside Duckweed Urban Grocery franchises: Downtown, in the Chanel District, and in Westshore Marina. 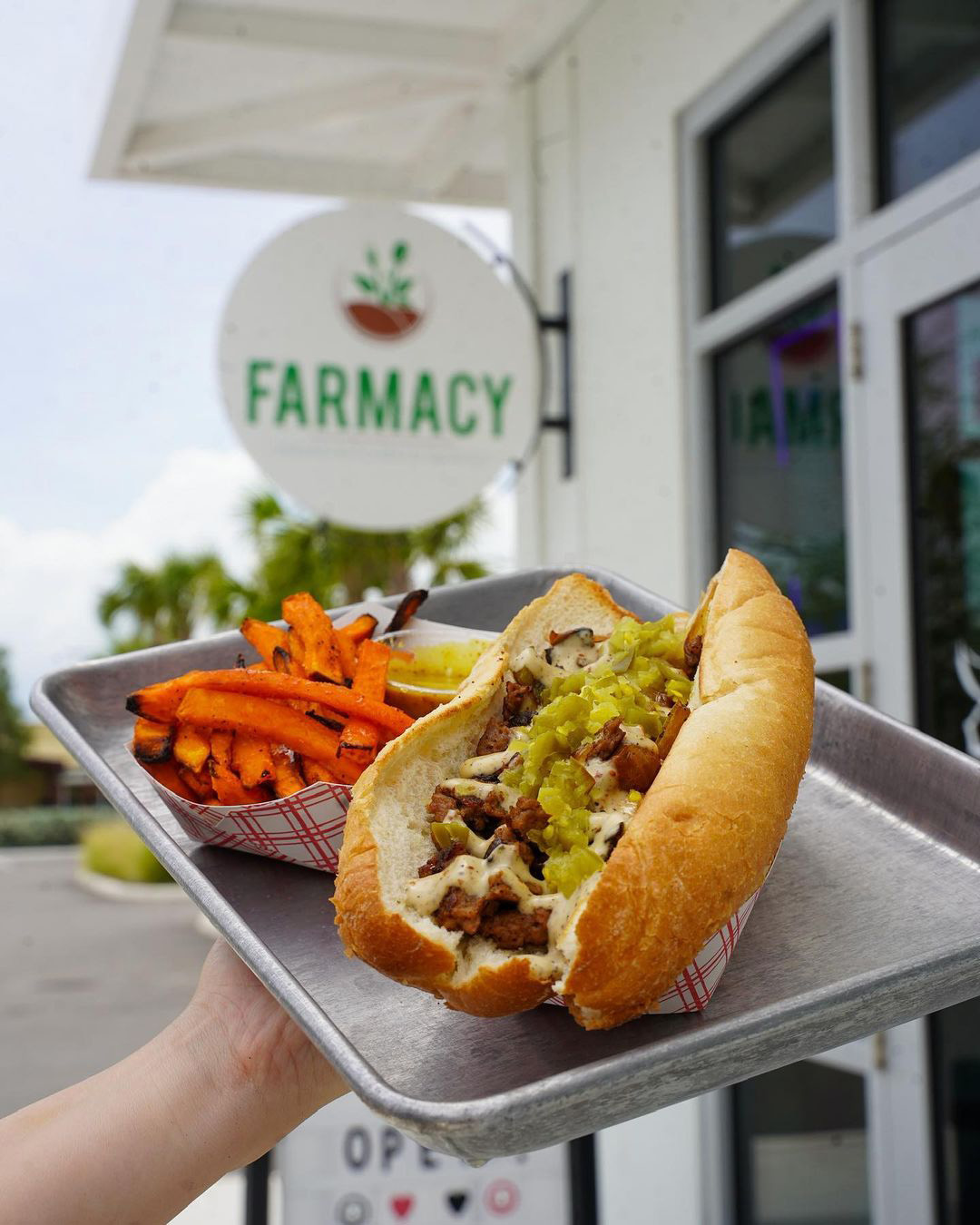 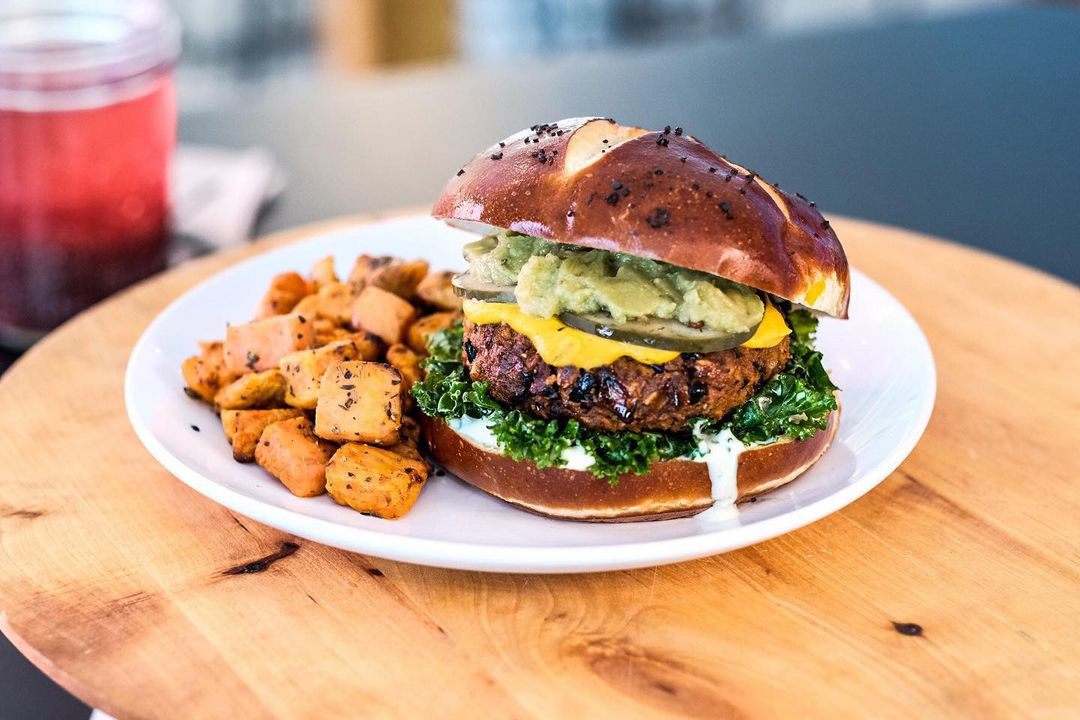 Allison is a writer, consultant, and media specialist residing in Sanford, Florida. She is the founder of The Sanford Vegan (an Orlando-based vegan food blog) and Interfaith Now (an international faith-based media outlet). Allison is passionate about global cuisine and loves creating fresh, frugal, and healthy meals for her family. Learn more about her work at allisonvantilborgh.com.