From Los Angeles to Orlando, here are the best spots for vegan fried chicken.

If we were inducting food into a culinary hall of fame, fried chicken would receive unanimously high marks for its legendary contributions to the world of comfort food. What’s profound about fried chicken’s evolution? It’s that we have realized stellar fried chicken can be enjoyed as a 100% plant-based option. Bring your appetite! These five locations will supply all the crunch, heart, and soul that put fried chicken on the map.

Growing up plant-based in the heart of the meat-centric South fueled Alkebulan Moroski with enough inspiration to become a chef and open their ode to soul food, Dirty Lettuce. When deciding to transport the flavors of the Mississippi Delta to the pine-lined streets of Portland, Oregon, Moroski made an enduring commitment to sourcing 100% vegan ingredients that are the closest substitute for their non-vegan counterparts. This care outside of the kitchen translates to vegan chicken that’s succulent, juicy, crispy, and everything in between. 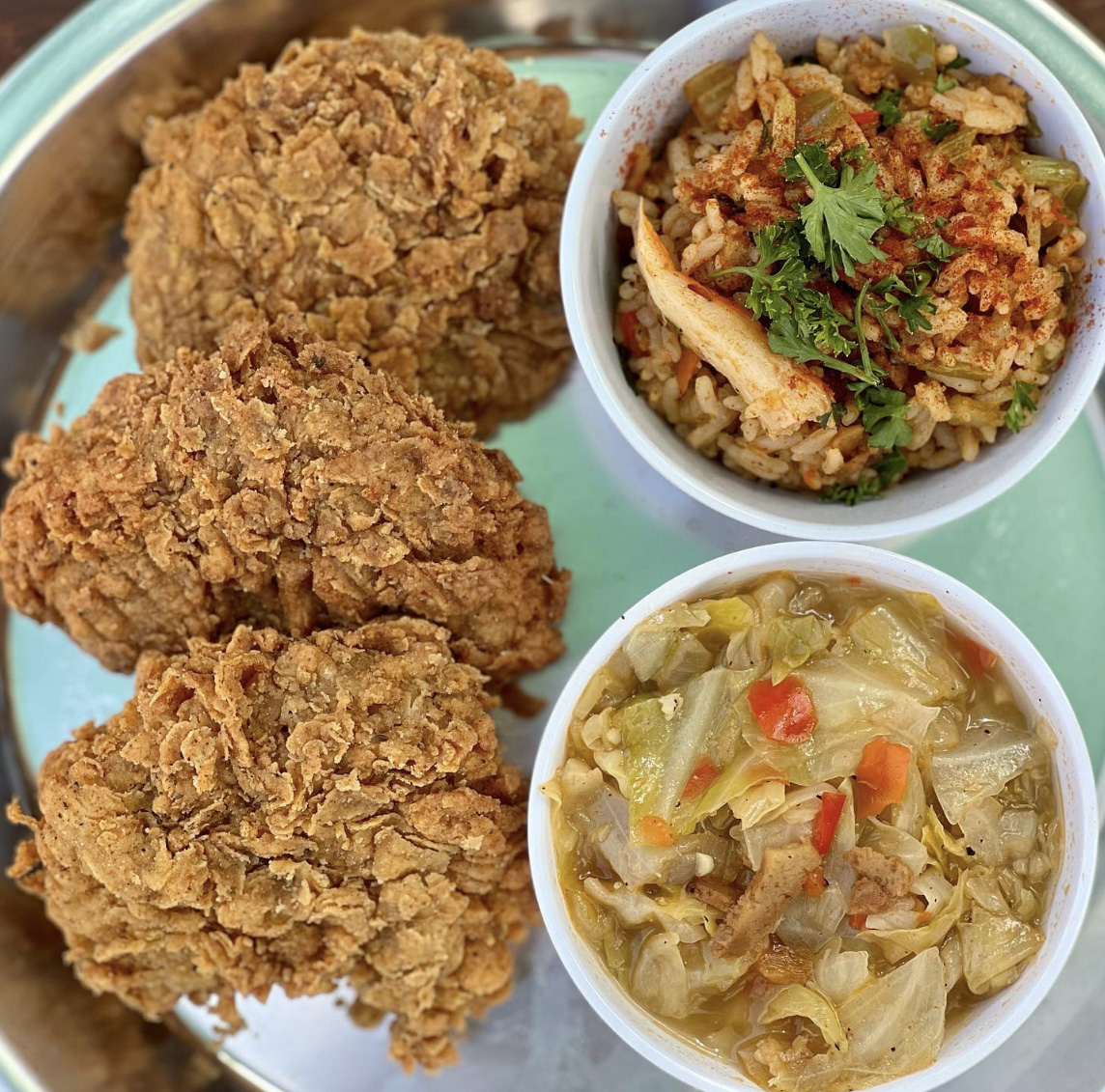 In a sprawling metropolis, food trucks often house the most authentic, desired bites a city has to offer. Los Angeles-based food truck Lettuce Feast is hardly the exception. Its menu attracts a line regardless if it’s parked in Manhattan Beach or North Hollywood. Try the Nashville Sando, a Southern fried chick’n patty served on a buttery bun with cabbage slaw. Or go for the 6-piece marinated chick’n strip combo for some on-the-go snacking. 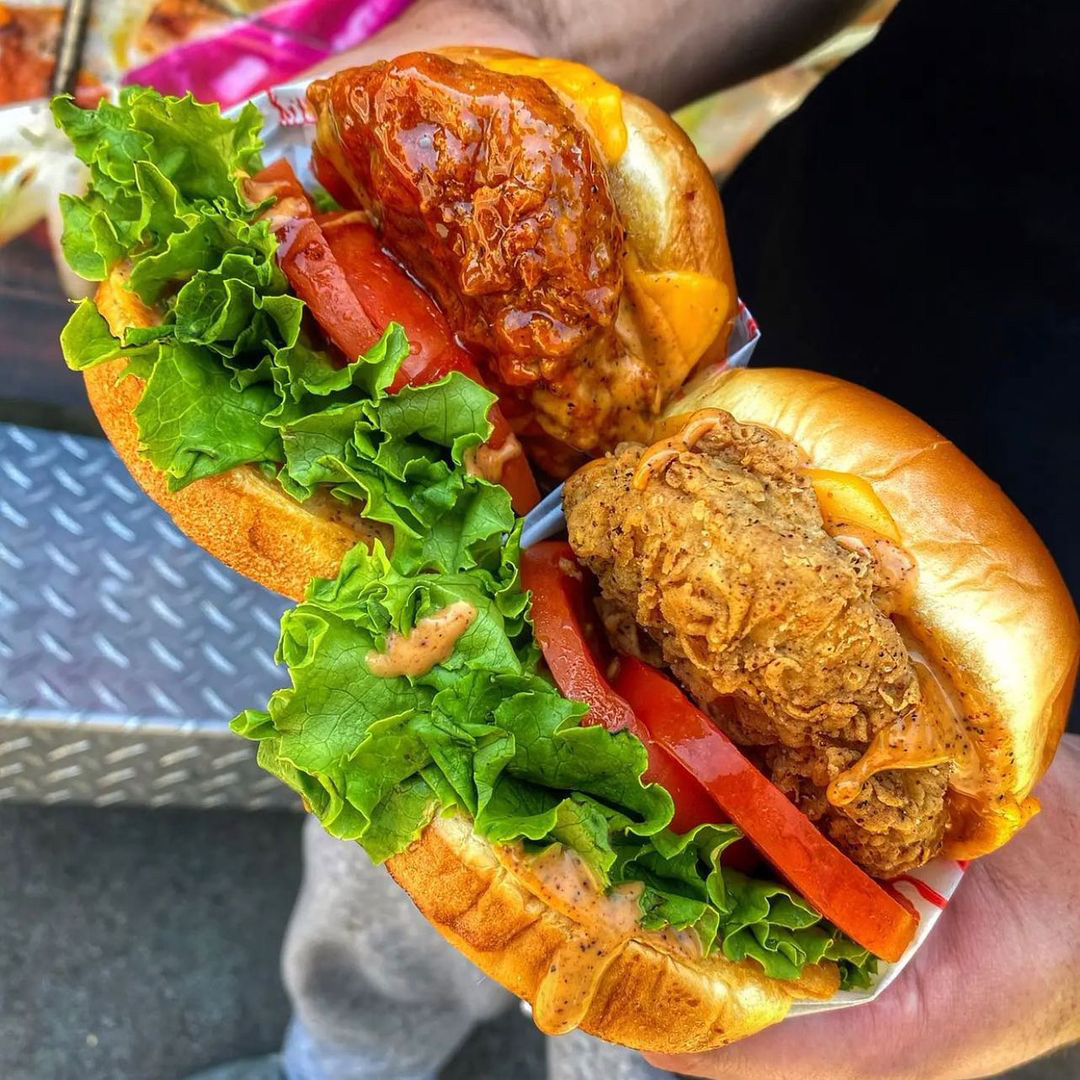 At the forefront of LA’s explosive vegan dining revolution is Monty’s Good Burger, which explores the duality of being a brand and a restaurant. Their niche is counter-style service. They have perfected items like the Charlie’s Chicken Sandwich. The handheld features crispened chicken hugged between two artisan buns, slathered with vegan mayo, and adorned with house-made pickles. Monty’s works to expand across LA County and is located in neighborhoods like Culver City, Echo Park, and Koreatown. 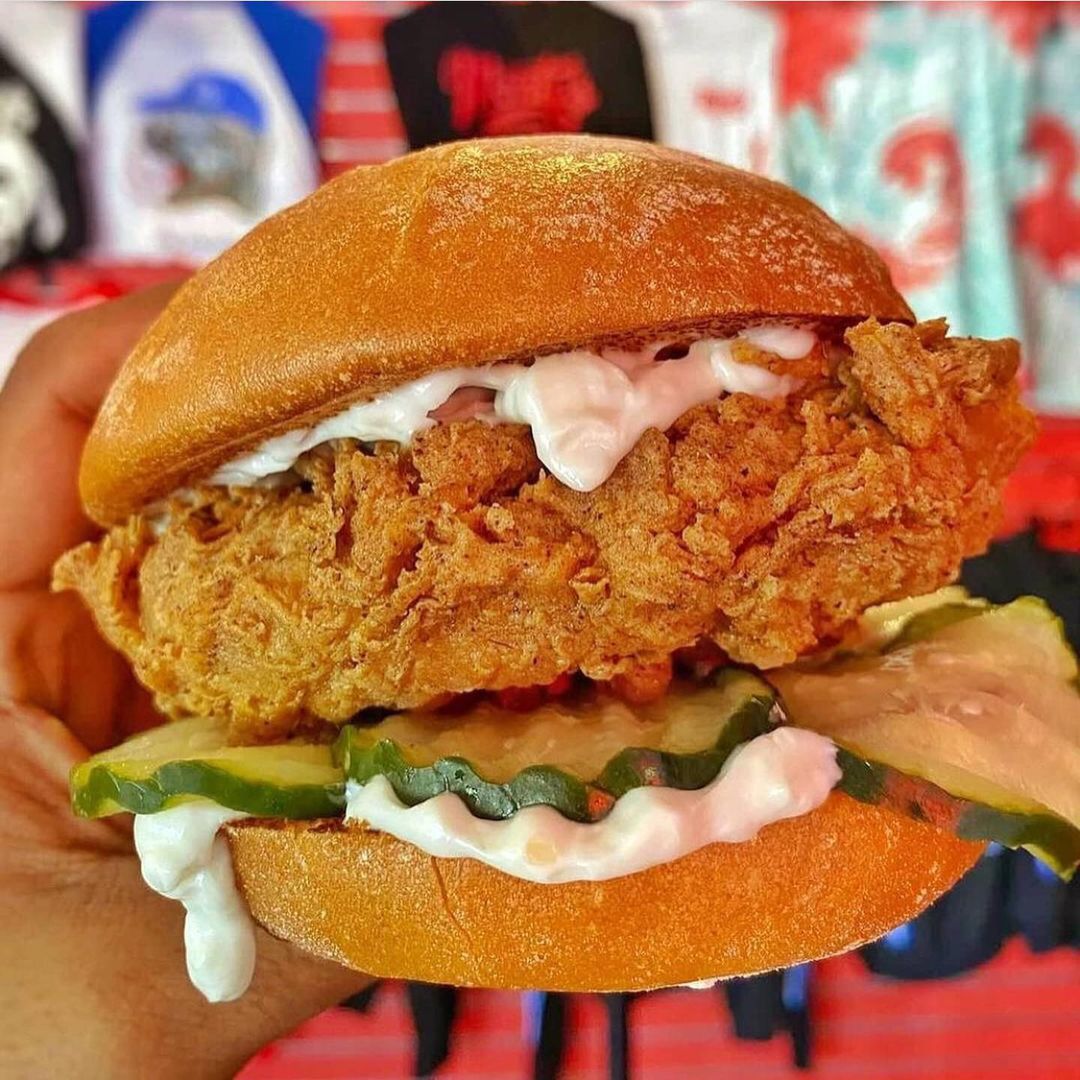 A food truck that is the brainchild of someone whose appetite is devoted to all things vegan fried chicken? This is it! The Original Herbivore’s menu covers the spectrum to include Buffalo chick’n mac ‘n’ cheese, chick’n & waffles, and even a sweet & spicy Korean-flavored chick’n served on buttery buns with arugula, pickles, and cabbage slaw. 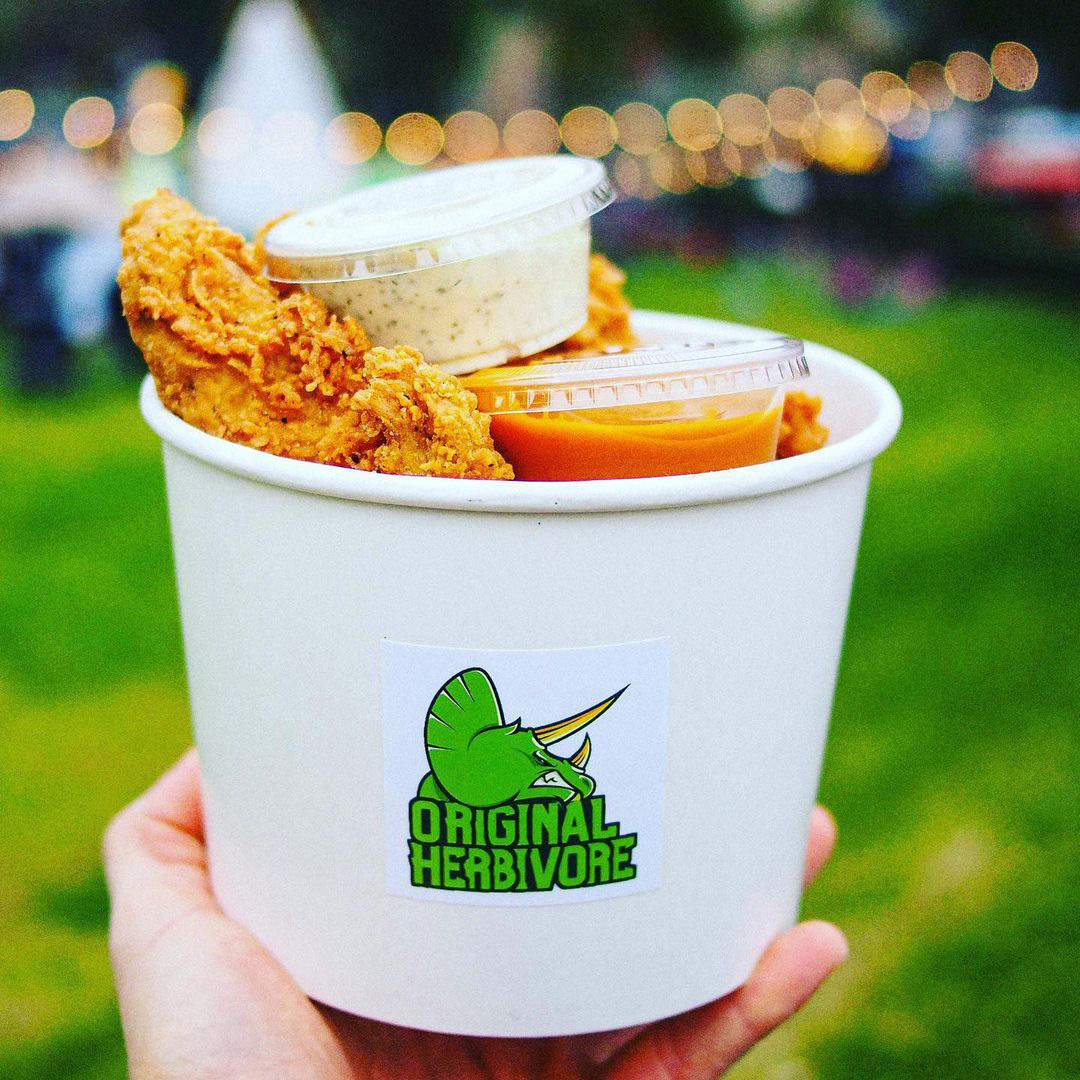 Orlando’s two-story food hall in the East End Market is where food, art, and culture combine to attract lively crowds. Here’s where you’ll find Winter Park Biscuit Co. Their signature oat buttermilk biscuits make the ideal pairing with whatever you select from their menu. Depending on what attracts your eye, this may include their dry-spiced crispy chik cutlet on a brioche bun or the classic chik cutlet assembled with lettuce, tomato, pickles, and mayo. 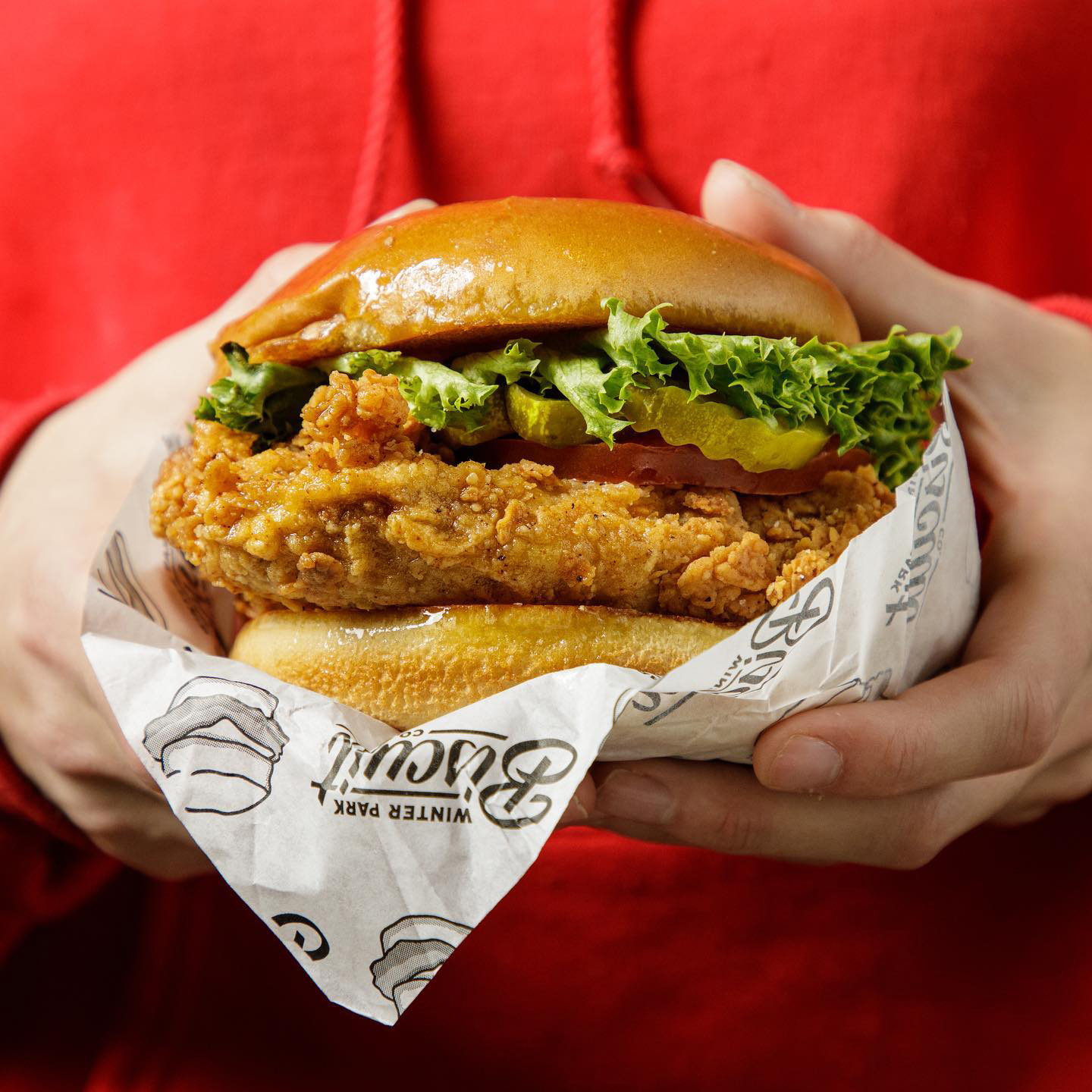 Jared’s passion for travel and culture are fueled by his upbringing near the Mexican-American border in San Diego. He is in constant pursuit of ways to reduce his carbon footprint and dreams of someday owning a cocktail bar. If he were on an episode of “What’s in My Fridge and Pantry,” you’d find an abundance of fresh fruits and vegetables grown by the region’s farming and co-op communities.