“It’s a great feeling to return to my original culinary stomping grounds in the city, and we’re thrilled to open our doors for New Yorkers to experience delicious burgers that are both nutritious and planet-friendly,” Chef Mendelsohn told VegOut.

“Opening our first brick-and-mortar store is a huge milestone for us, and the fact that it’s located in the heart of New York City makes it an even bigger deal for us and the plant-based movement. It’s a critical step toward our vision of helping people eat the change they wish to see in the world,” Goldman added. 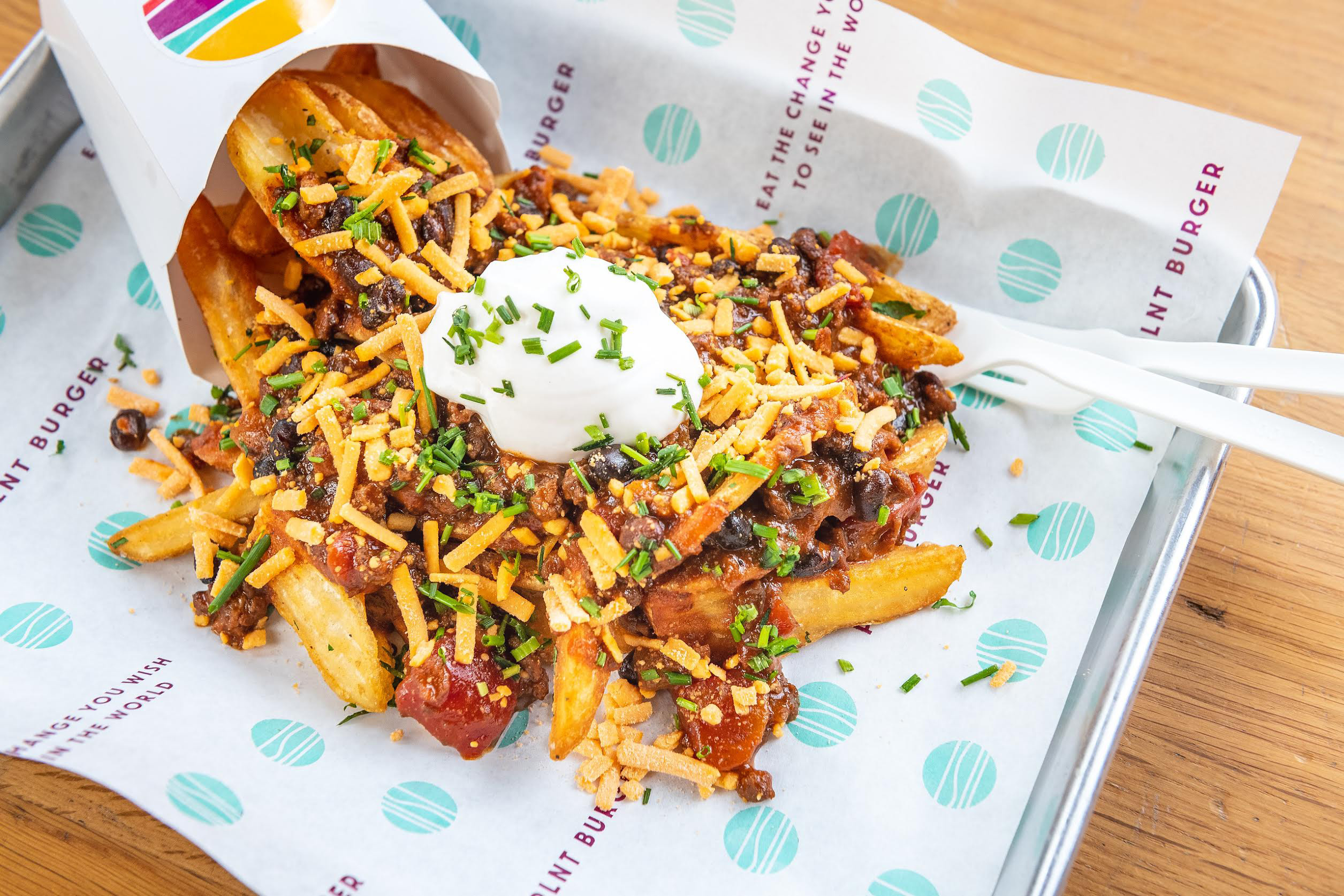 Making Sure New Yorkers Have Access to Affordable, Plant-Based Foods

The menu includes American-style classics like the PLNT Burger (single Beyond Meat patty, tomato, lettuce, pickles, caramelized onion, and PLNT sauce on a potato bun) and the crispy chick’n sandwich (Gardein ultimate patty, griddled, spiced, and fried to a crisp in sunflower seed oil on a potato bun). Popular side items like the Bloomie Petals and Wavy Sweet Potato Fries are also available, as well as oat-milk based treats like soft serve and seasonal milkshakes. Most of the menu items are priced at $8.99 or less, aside from the DBL PLNT burger, which is priced at $11.99.

“We’re making sure New Yorkers have access to affordable, plant-based foods regardless of where they live or work,” says New York City Mayor Eric Adams. “Thank you to PLNT Burger for coming to our city, aiding in our recovery, and providing healthy options to our residents. This is how we can commit to a sustainable future!” 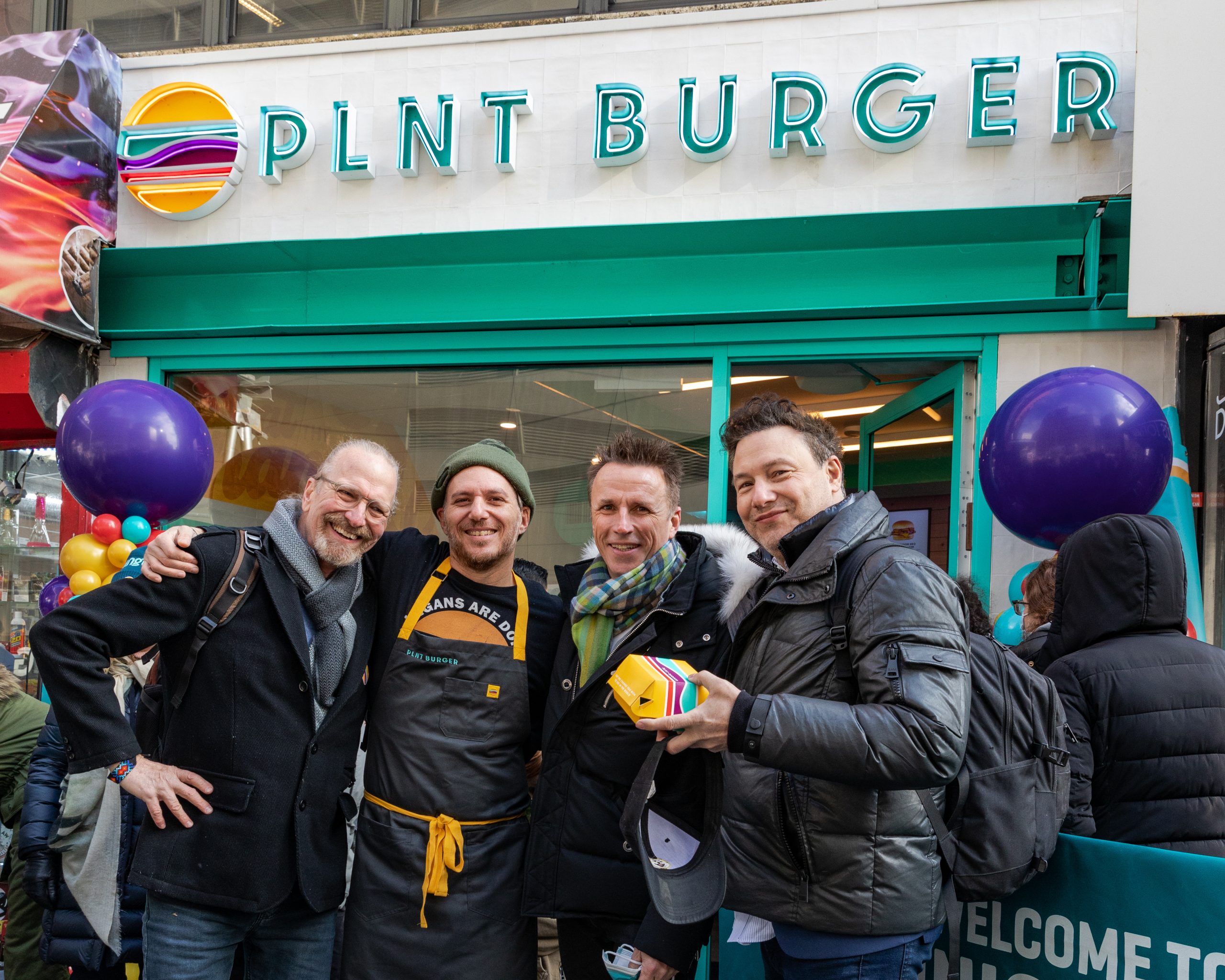 PLNT Burger encourages customers to eat the change they want to see in the world, which is why they have decided to be a participating restaurant in the More Than a Meal program. The platform was developed by the Brooklyn-based food impact consultancy Feed Forward and provides food-insecure families and individuals with meals from restaurants and grocery stores within their own communities. In addition to being a participating restaurant in the program, PLNT Burger will also be adding a “Feed it Forward” meal to their everyday menu. This will allow customers to add the item to their order as a way to purchase a meal for a fellow New Yorker experiencing food insecurity.