Another mainstream cheese company is adding a vegan option! The Laughing Cow is now offering a vegan version of its classic cheese wedges.

The vegan cheese wedges are now available at Whole Foods locations nationwide. The Laughing Cow Plant-Based is offered in two flavors: Original and Garlic & Herb. Both flavors come with eight pieces and retail for $5.49. 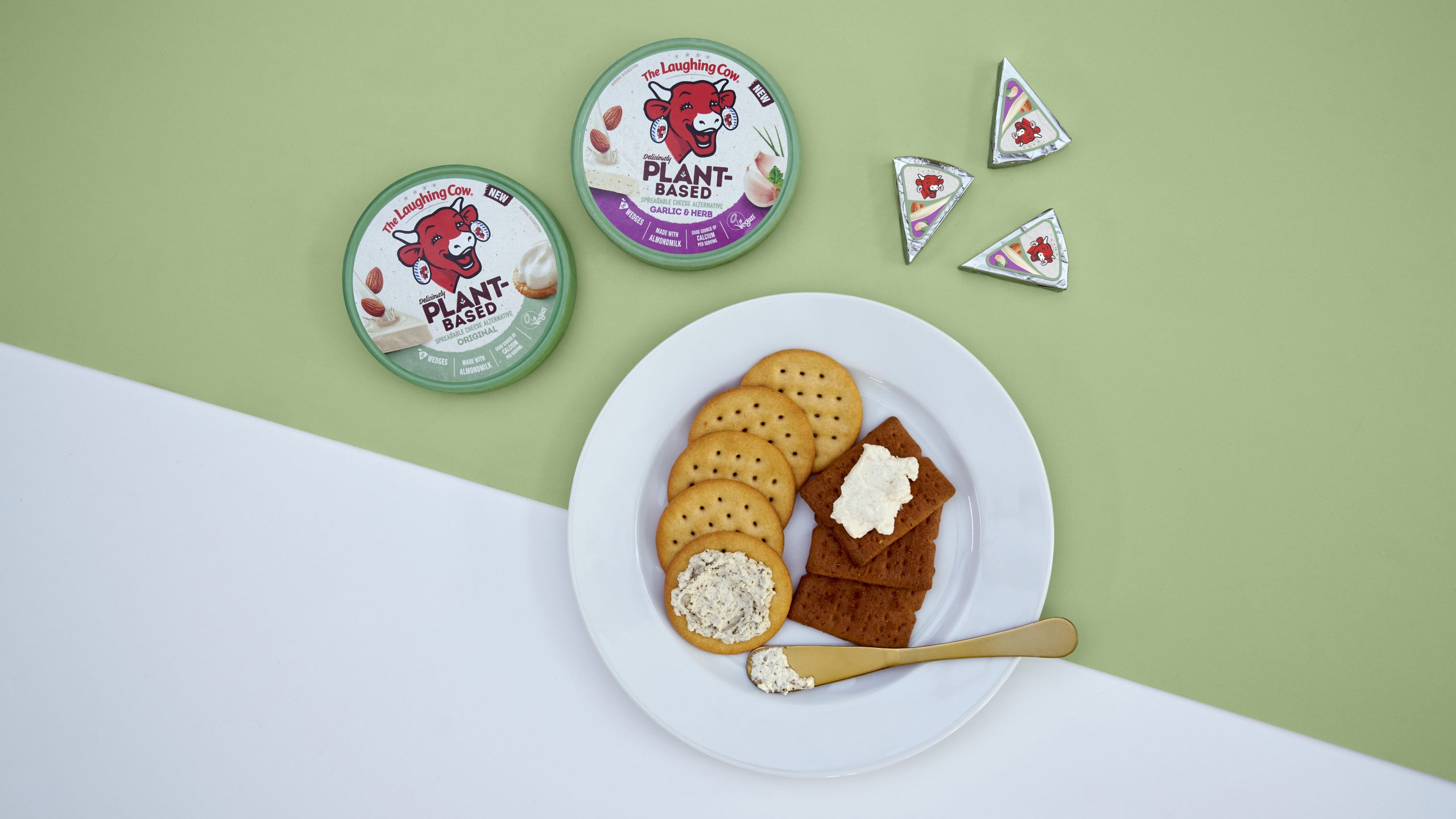 Bel Brands is the parent company of Laughing Cow, Babybel, and Boursin. All three cheese companies have made big strides to broaden their plant-based portfolios over the past couple of years.

Earlier this year, Babybel announced a vegan version of its classic mozzarella cheese wheel. The product was rolled out on a massive scale, hitting the shelves at Whole Foods, Sam’s Club, and Costco locations nationwide.

In 2020, Boursin released a vegan version of its classic cheese spread. The product was originally only available on Amazon but has since expanded into major retailers such as Ralphs and Target.

And next year, Bel Brands will debut another new vegan product under its plant-based cheese company Nurishh. Nurishh is expanding its portfolio with a dairy cream cheese made through precision fermentation. This process involves lab-manufacturing a complete dairy protein without involving any animals. The result is a dairy-identical taste, texture, and creaminess! Nurishh Incredible Dairy will be available in several flavors at Kroger stores nationwide beginning January 1, 2023.