The Impossible Bowls will be available at select Walmart locations nationwide this week.

The new Impossible Bowls from Impossible Foods are the brand’s first foray into frozen entrees. Additionally, each single-serve bowl is ready in under five minutes. So, it is the perfect meal for the dinner rush.

Each 9oz bowl packs 10-13g of plant-based protein and contains 0mg of cholesterol. The vegan single-serve entrees will launch at more than 4,000 Walmart locations across the country. The American- and Asian-inspired bowls hit the shelves this week. The Italian- and Latin-inspired bowls will debut in October. 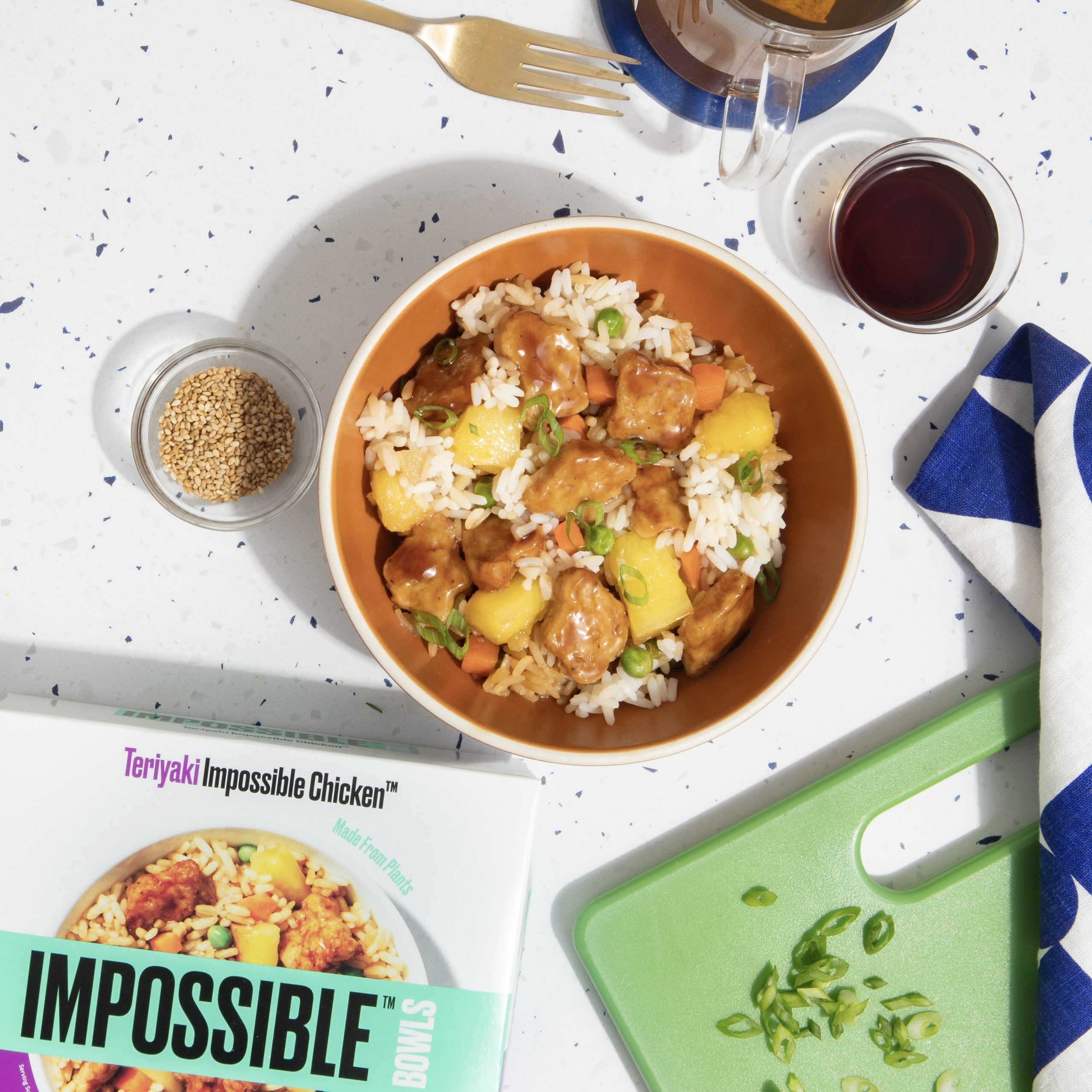 Impossible Foods is one of the leading alternative meat brands in the world. Its products range from the original burger patty to animal-shaped chicken nuggets and ground sausage.

Restaurants across the country, including big brands such as Starbucks and Fatburger, use Impossible products in their menus. Recently, the brand announced another partnership with Burger King. This one debuts a vegan-friendly version of the fast-food chain’s famed Original Chicken Sandwich. The Impossible Original Chick’n Sandwich can be ordered vegan by omitting the mayonnaise. For more info on Impossible Foods and its latest releases, be sure to visit ImpossibleFoods.com.