As Chicago’s original Italian beef chain restaurant, Buona has been a part of the city’s culture for 40 years. Last year, the restaurant chain launched its first vegan option—a plant-based Italian beefless sandwich made with Upton’s Naturals’ sliced seitan. While the sandwich debuted as a temporary addition to the menu, it sold so well that it became a permanent item. 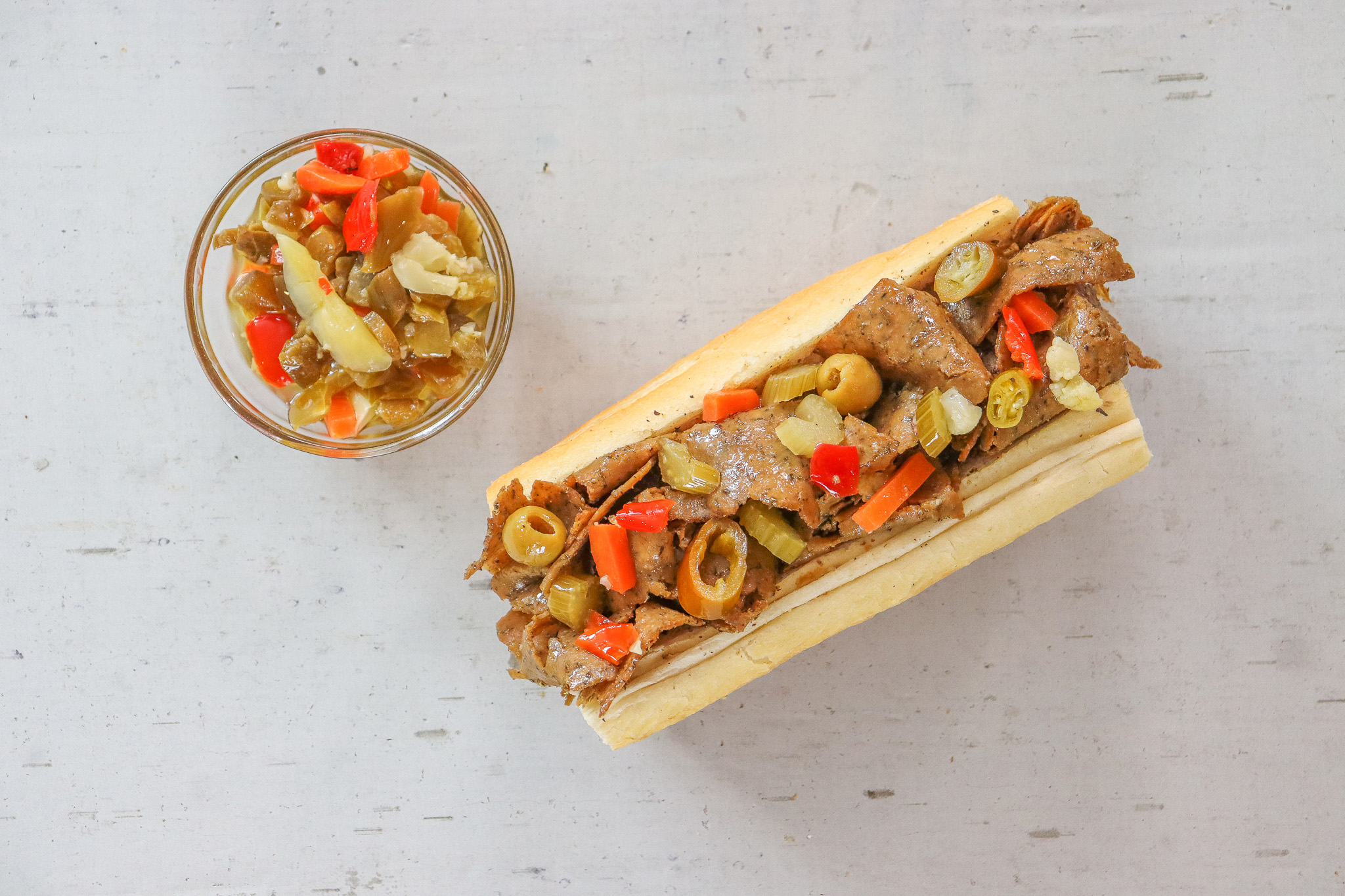 A fan of that sandwich? Then the new plant-based Italian beef retail product deserves a place in your freezer. Made with the same ingredients as the sandwich, the Plant-Based Chicago Italian Beef & Gravy is available in the frozen sections of select Whole Foods, Fresh Thyme, and Jewel-Osco stores nationwide for $7.49.

The vegan beef marinades in a custom-made, savory gravy. The gravy boasts vegetable broth and olive oil to mimic the juiciness traditionally found in beef fat. It is an original Buona family recipe that contains oregano, garlic, and pepper. And the dish packs a massive 36g of protein per serving!

Upton’s Naturals is another Chicago-based company that has been serving the city for close to 20 years. The vegan natural foods brand is known primarily for its flavored seitan. But it has expanded its product line in recent years to include flavored jackfruit, hot dogs, soups, and mac ‘n’ cheese.