Both varieties are certified vegan, gluten-free, and tasty AF! 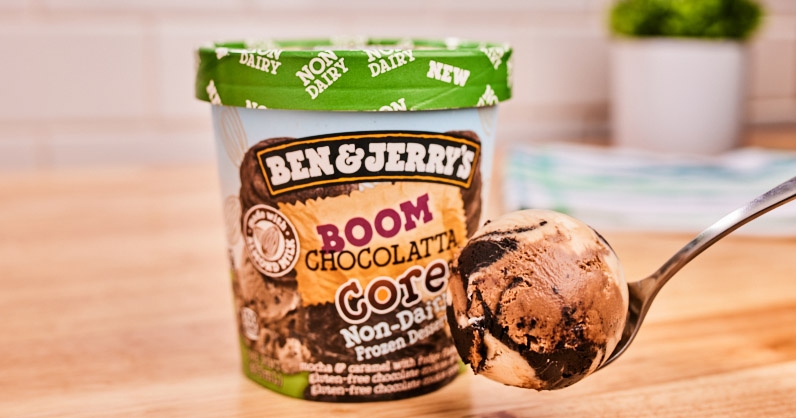 This next flavor is inspired by the classic New Orleans dessert, bananas foster. The traditional treat is composed of bananas and vanilla ice cream, with a buttery brown sugar cinnamon sauce with a hint of dark rum and banana liqueur. In each pint of Ben & Jerry’s Non-Dairy Bananas Foster, you’ll dig into a banana and cinnamon vegan ice cream base with almond toffee pieces, hints of brown sugar, and a salted caramel core. It’s epic! 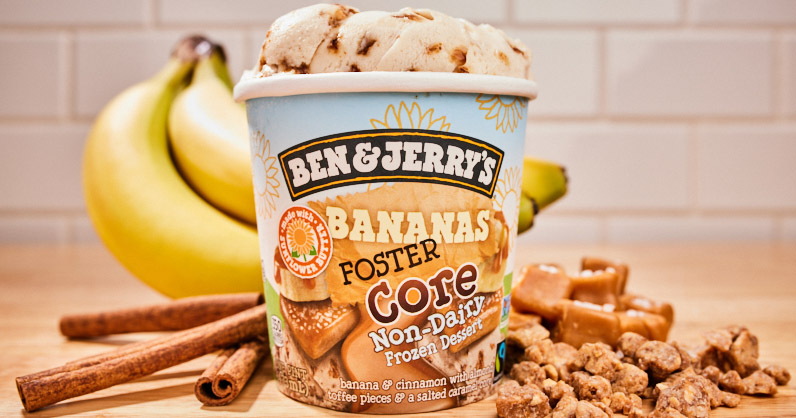 “We know that people who choose non-dairy frozen desserts love variety. They want to avoid dairy and still have amazing taste. These two new non-dairy flavors will satisfy their cravings for something different and delicious,” said Dena Wimette, Head of Innovation at Ben & Jerry’s.

With the release of these two new flavors, the number of vegan Ben & Jerry’s ice cream pints in the US has risen to 18 in total—almost 40% of Ben & Jerry’s entire flavor lineup. Some of the other recent vegan flavors added to Ben & Jerry’s vegan ice cream line include Mint Chocolate Chance, The Tonight Dough, Americone Dream, Karamel Sutra Core, Phish Food, and Colin Kaepernick’s Change the Whirled.