The 15 Best Places for Vegan Donuts in Los Angeles

From cake and raised donuts to donut holes and apple fritters, this list covers it all!

Don’t feel like making breakfast this morning? Pick up a dozen donuts for you and your crew! Here’s a list of the 15 best places for vegan donuts in LA.

From pop-up to brick-and-mortar, Devi’s Donuts continues to wow customers with their droolworthy vegan donuts in Los Angeles. From Plain Glaze and Oreo Crumb to Coconut Maple Bacon and Rainbow Sprinkles, you can’t beat the flavors at this Black-owned vegan bakery. 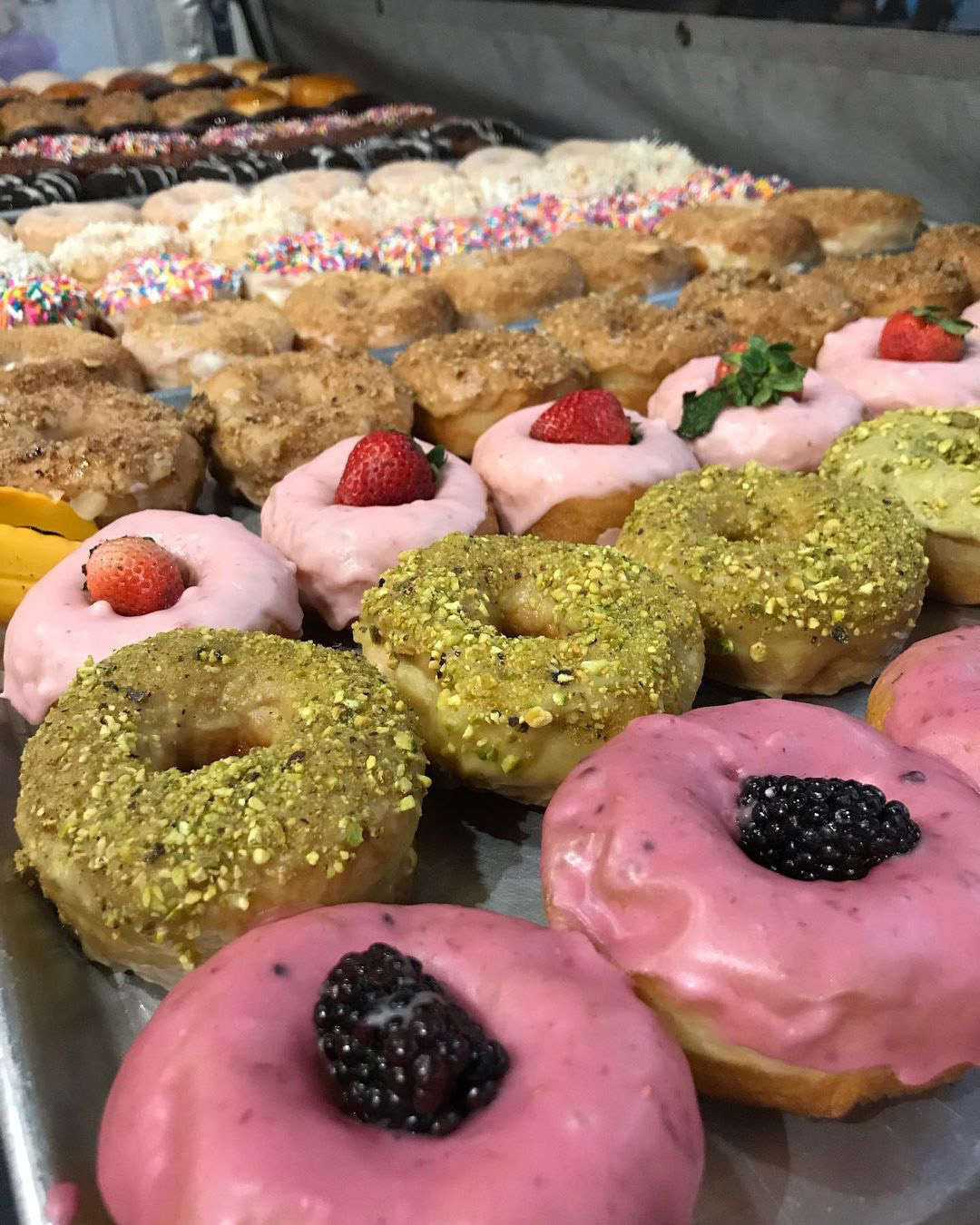 Want to start your day on a sweet note? Stop by Just What I Kneaded for a freshly-baked vegan donut. The varieties rotate daily, but some of our recent favorites include the Mocha Brioche, Lemon Olive Oil Brioche, and Cinnamon Sugar Twist donuts. 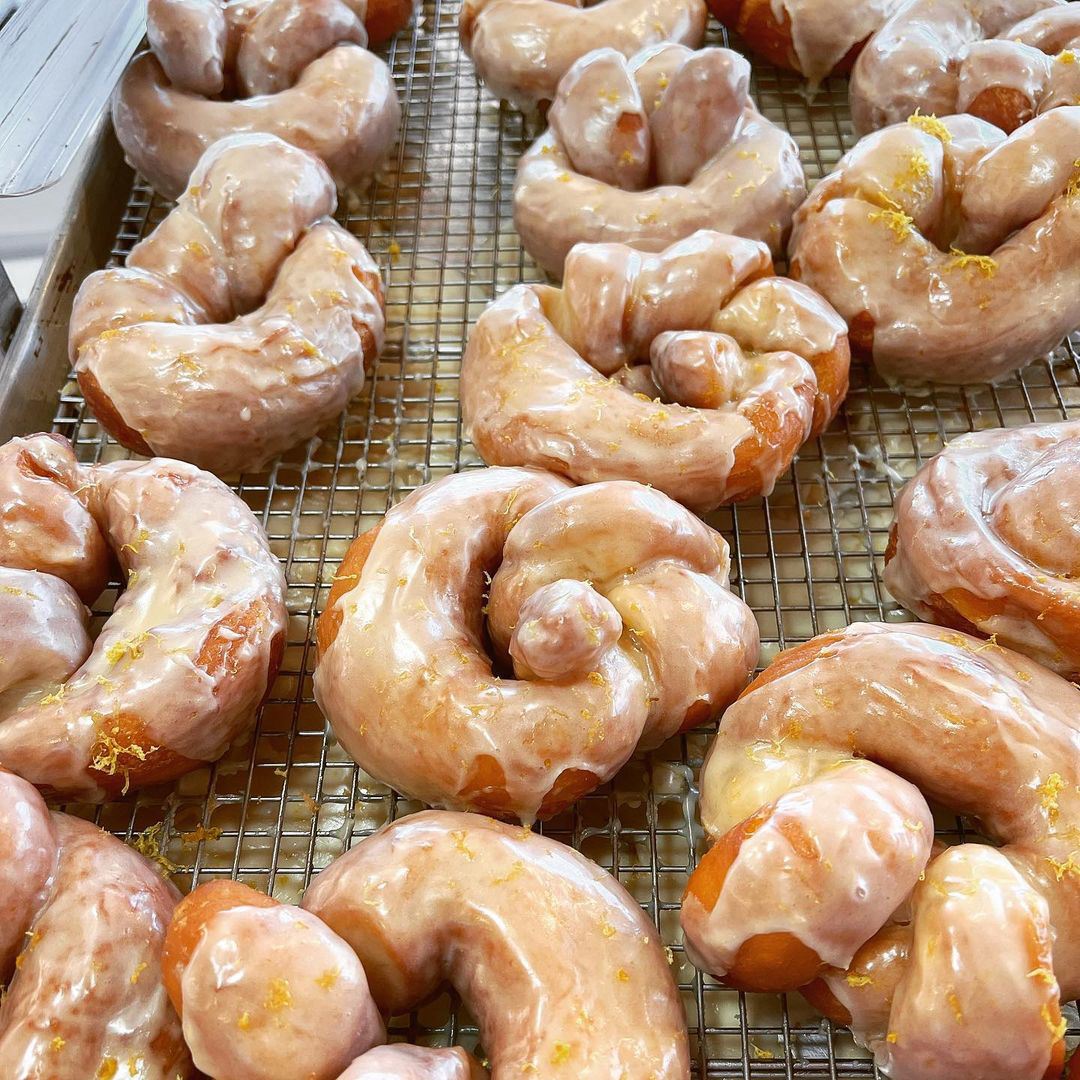 We’re obsessed with Karma Baker’s Chocolate-Coated Chocolate Donut! Each chocolaty ring is dipped in semi-sweet chocolate and dressed in colorful vegan sprinkles. Did we mention they’re gluten-free, too? 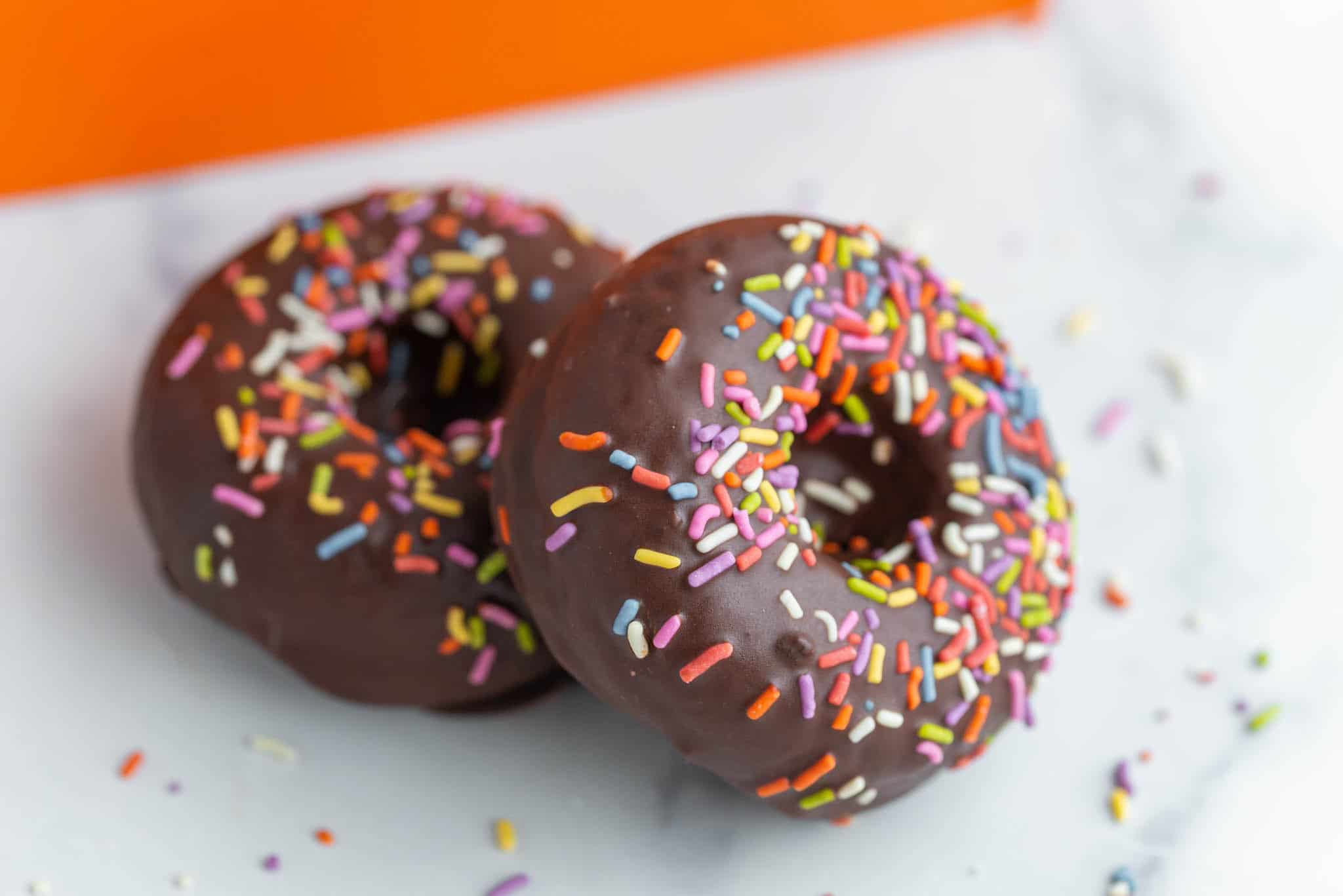 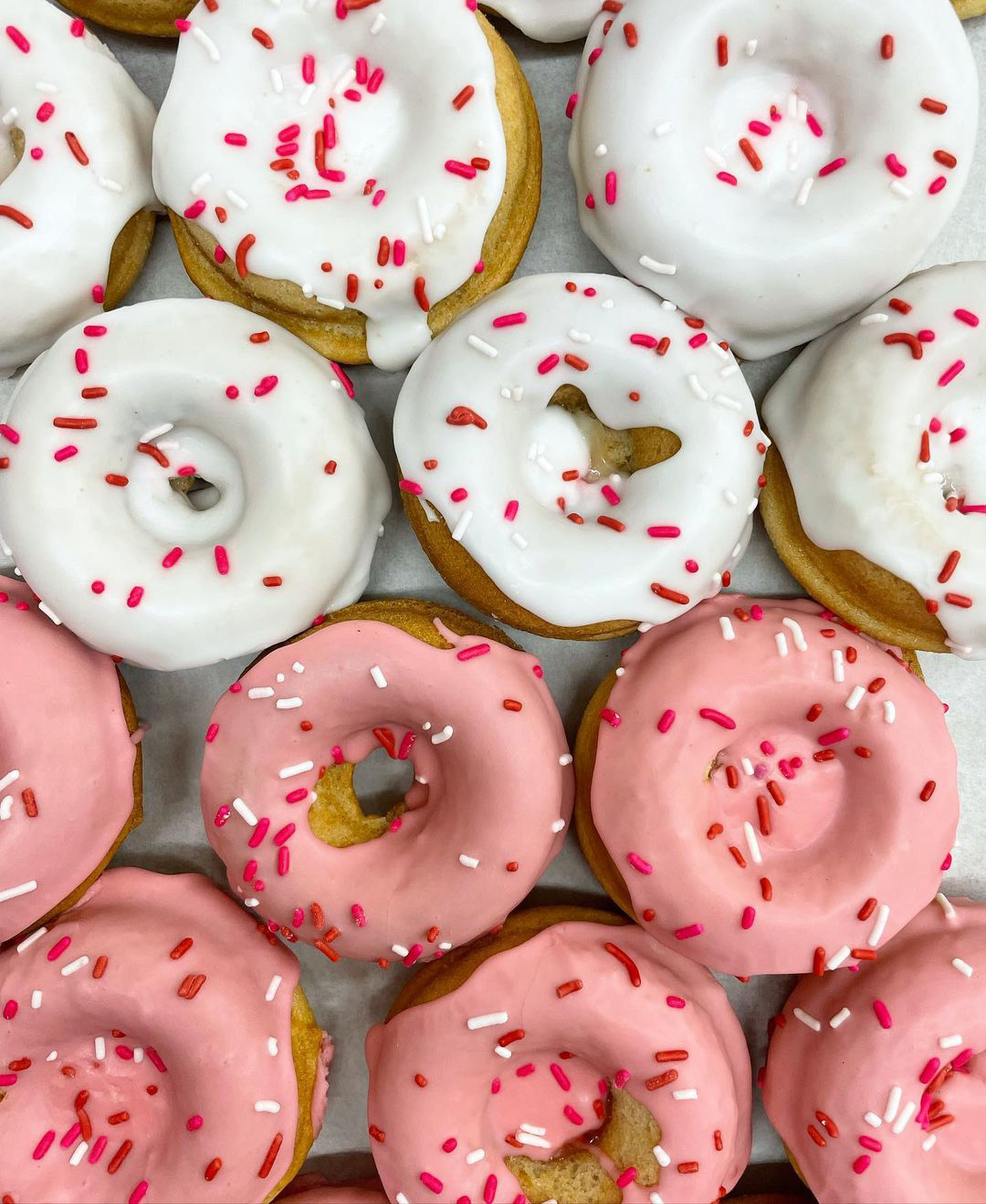 This plant-based dessert shop stocks the largest variety of vegan donuts in Los Angeles. Aside from the classics, Donut Friend makes specialty donuts filled with cookie butter, Bavarian cream, and jam. You can even turn yours into an ice cream sandwich! 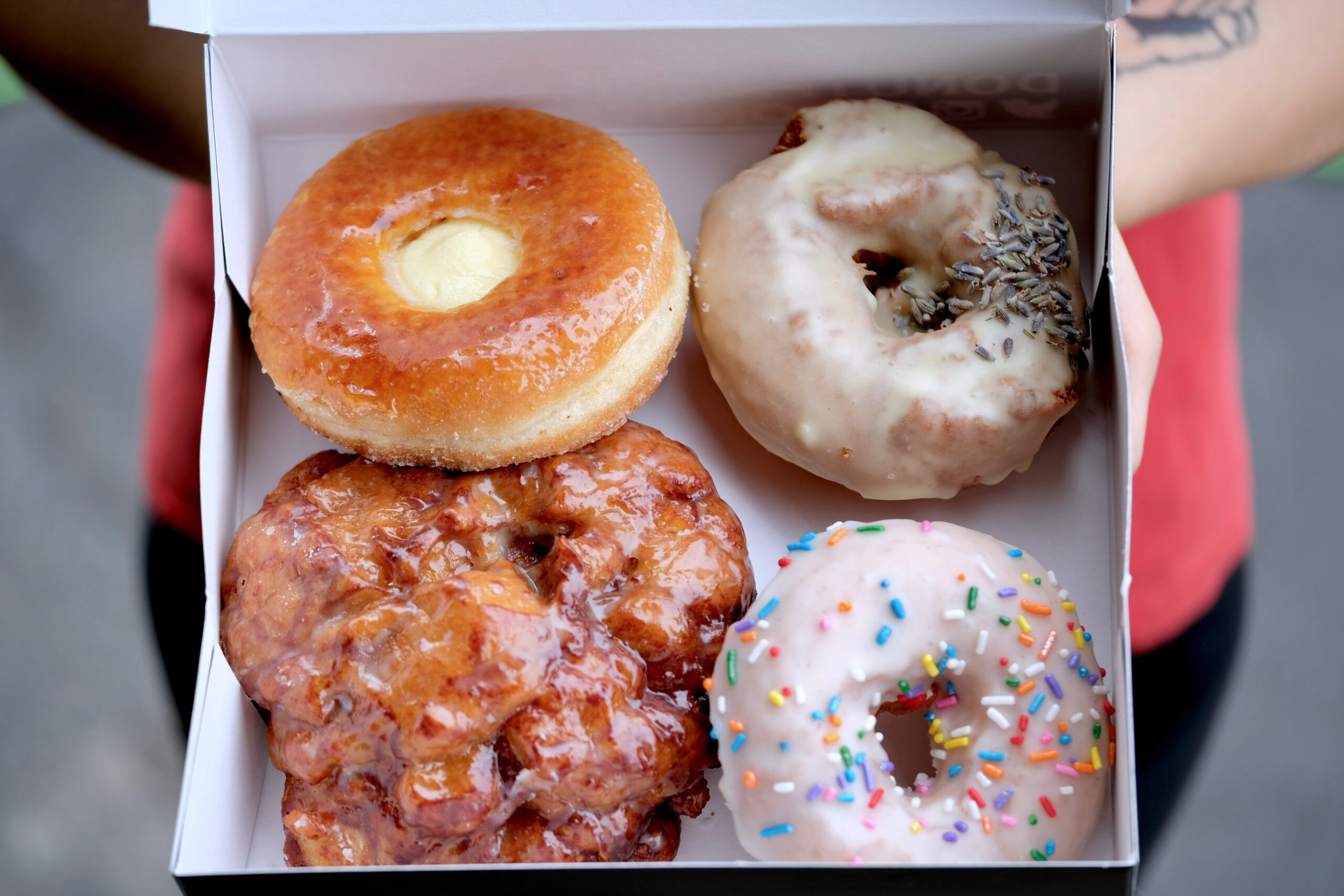 Add Erin McKenna’s Bakery to your list of vegan, gluten-free donut destinations. Their greatest hits range from Vanilla and Chocolate Dipped Donuts to Powdered Blueberry and Samoa variations. Why not grab a few other desserts for the road while you’re at it? 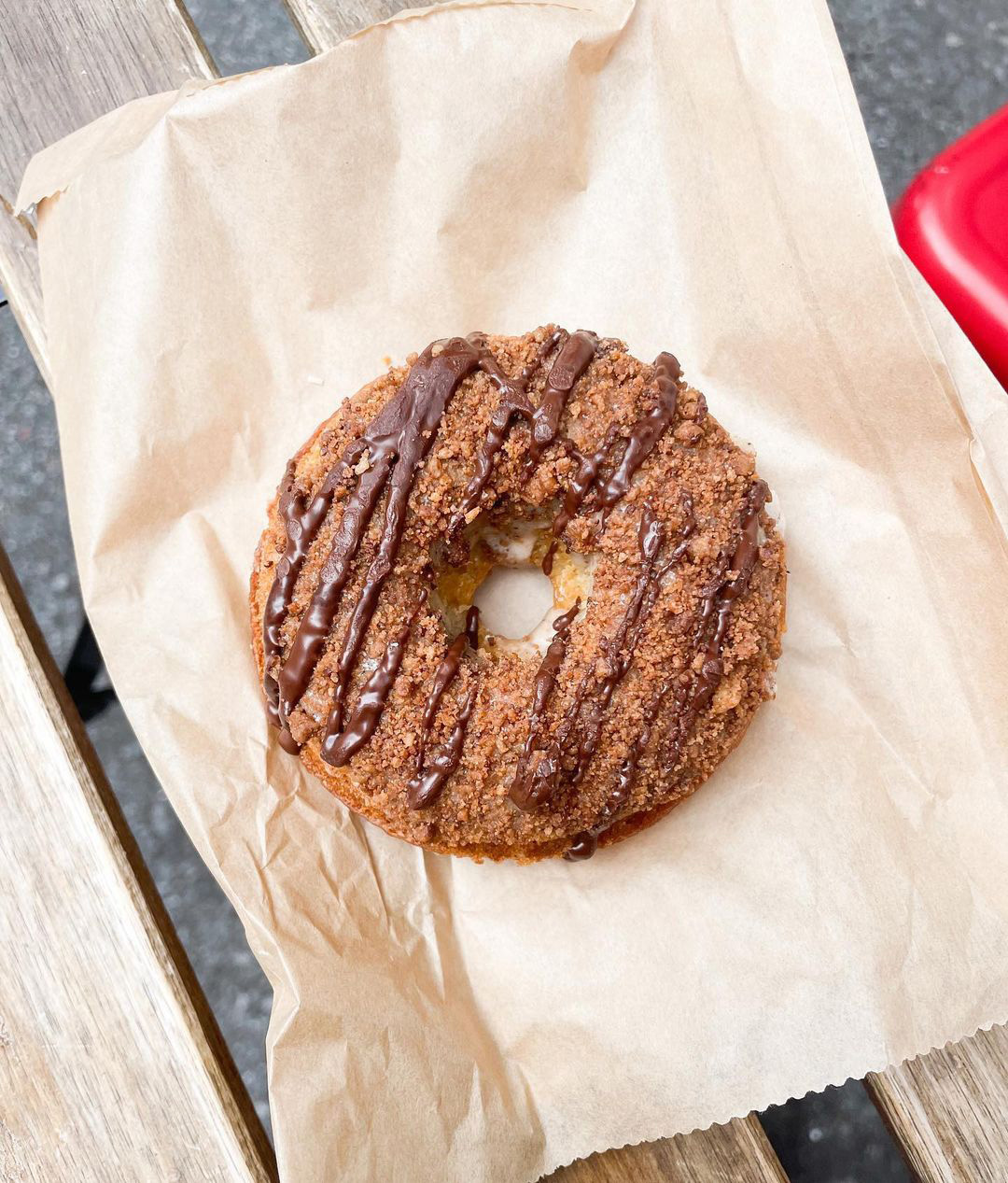 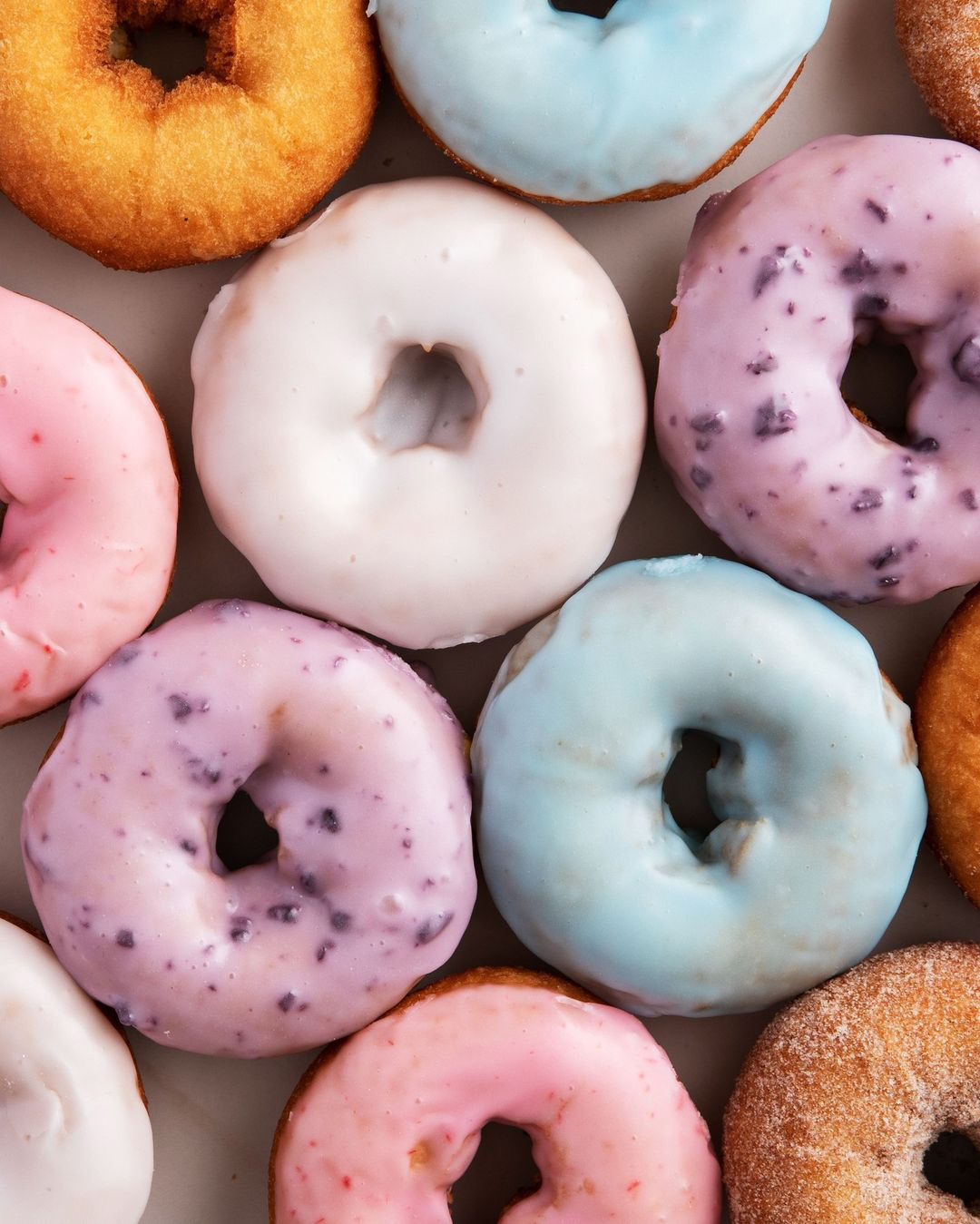 The vegan options in Orange County continue to grow by the day! Speaking of which, Good Town Doughnuts in Costa Mesa stocks a plethora of vegan brioche donuts. If you’re feeling fruity, try Raspberry Pistachio or Triple Berry. If you’re in the mood for something chocolaty, go for S’mores or Double Chocolate. 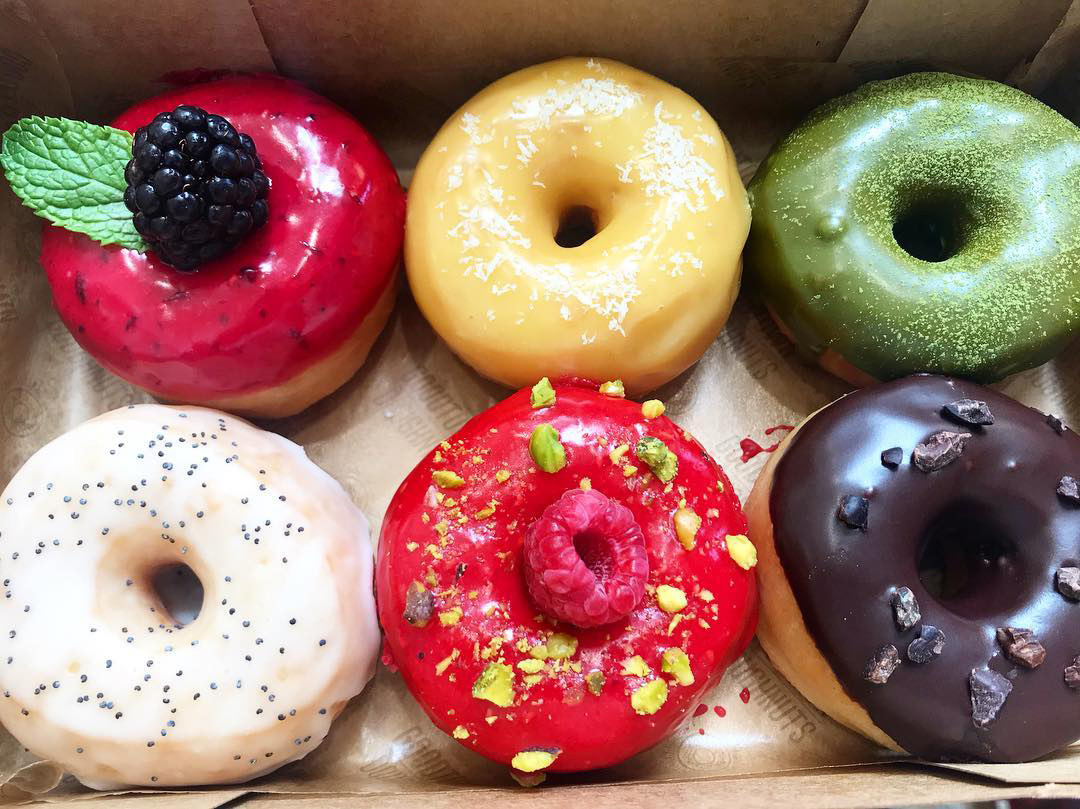 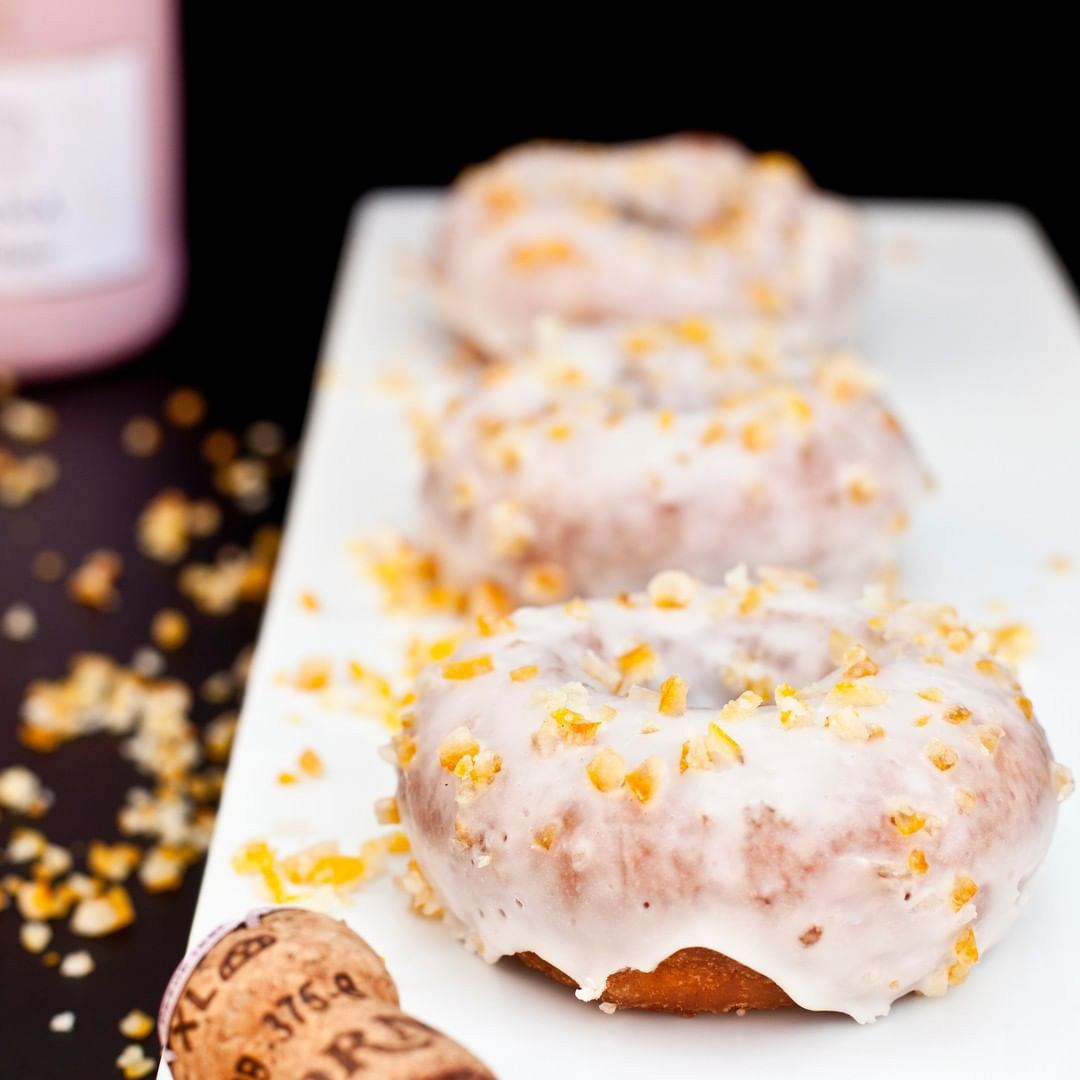 Are you looking for a lighter, healthier alternative to traditional donuts? With little to no sugar added, surely Fōnuts’ gluten-free baked donuts fit the bill. The Vegan Banana Chocolate rendition features a banana bread batter sans added sugars, with semi-sweet chocolate chips and a chocolate drizzle. 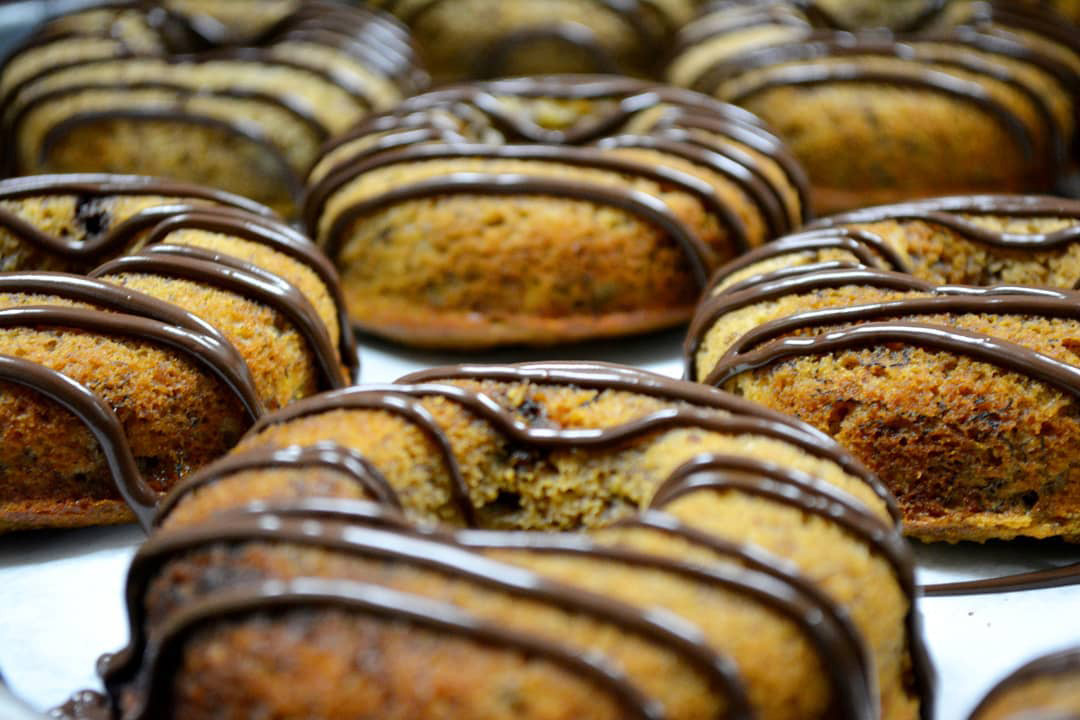 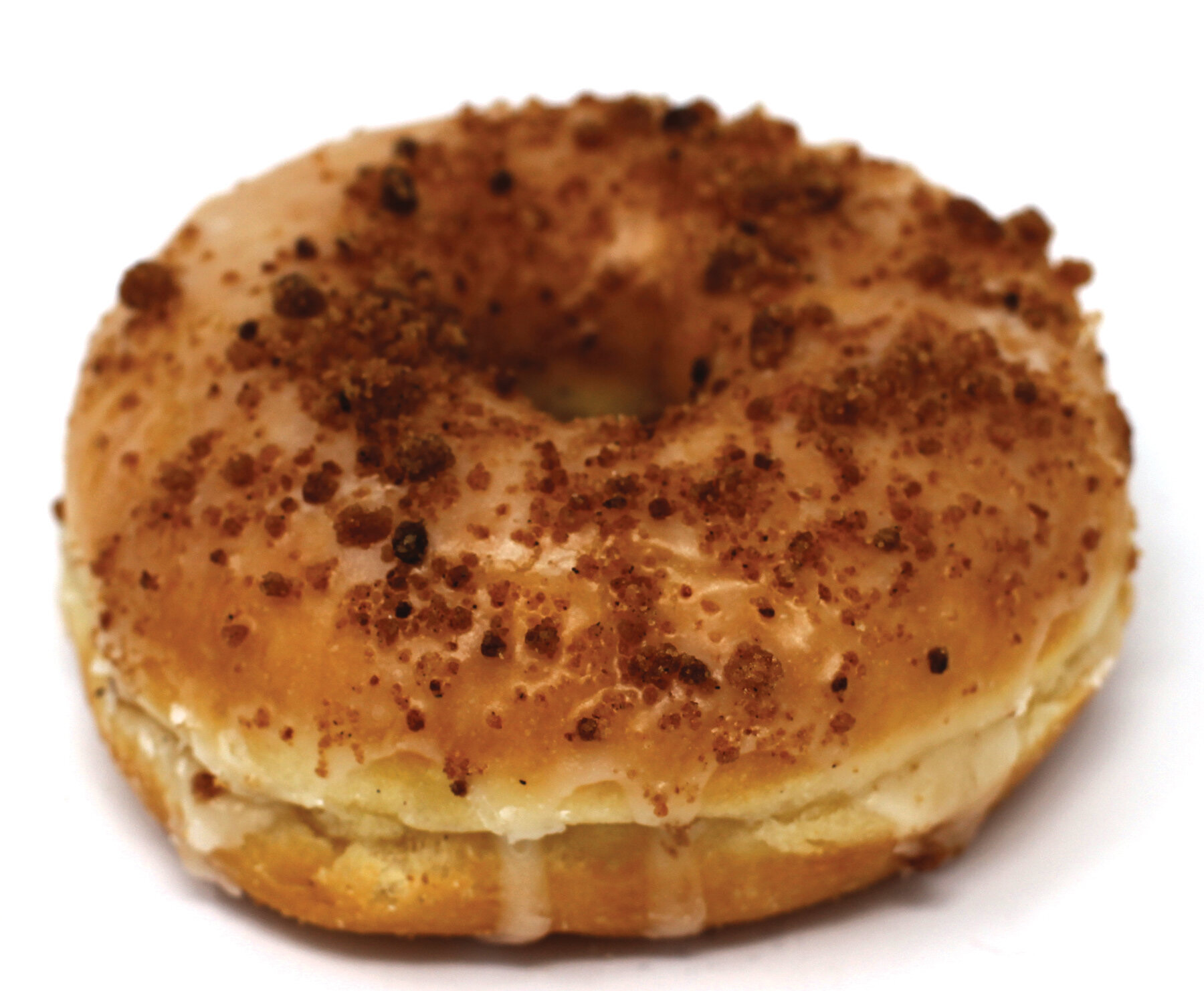 You won’t find any boring donut flavors at SK’s Donuts! In fact, this bakery is one of the best destinations for innovative vegan donuts in LA. Fan-favorite selections include Malasada, PB&J, Oreo Blast, and Blueberry Fritter Donuts. 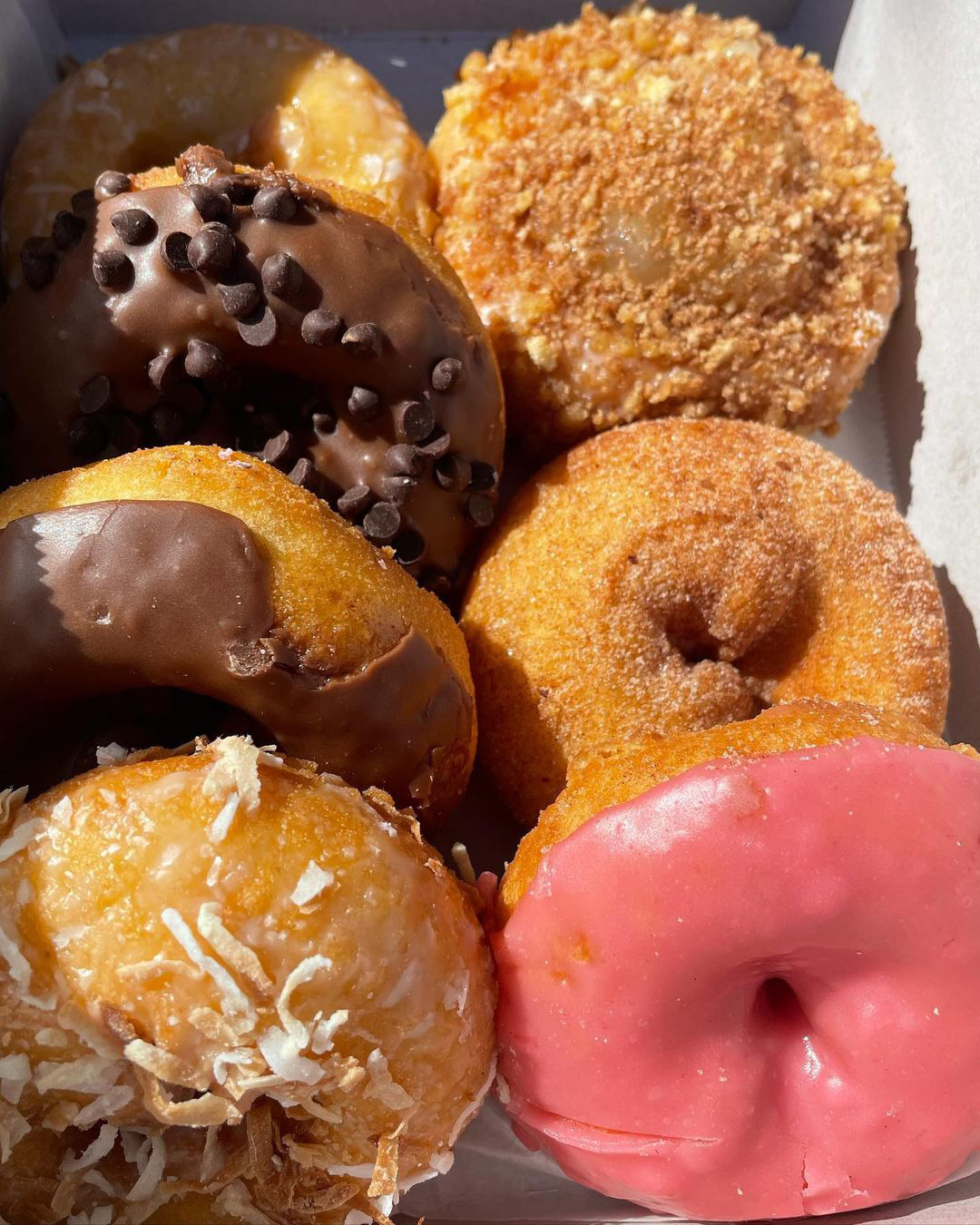 Open 24 hours a day, The Donuttery is your ultimate destination for vegan donuts—no matter what time it is. We suggest picking up the Vegan Dozen, which is an assortment of raised, cake, bar, and jelly-filled donuts. 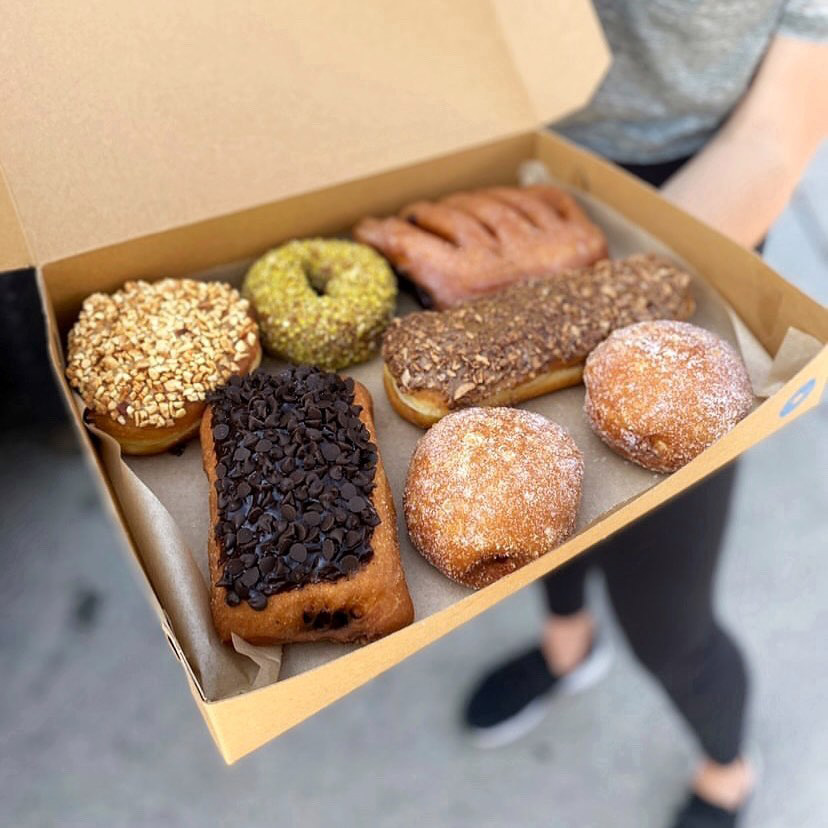 You don’t want to miss the vegan items at Winstar Donuts! Their sweet offerings range from donuts and donut holes to conchas and croissants. If you’re in the mood for something savory, pick up a vegan sandwich or bolillo. 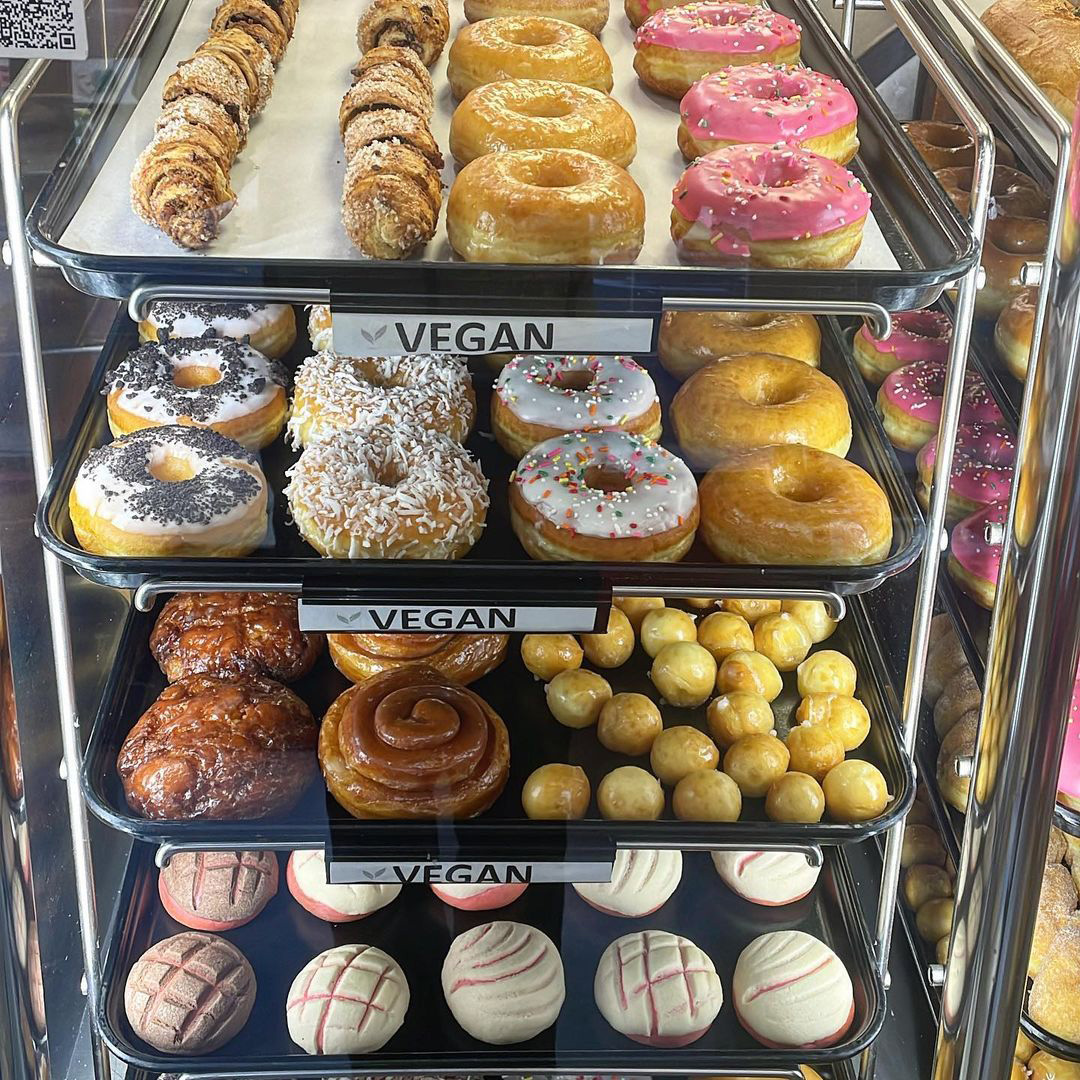 Calling all Long Beach vegans! Sweet Retreat serves both vegan cake and raised donuts. So stop by and get your hands on whatever flavors your heart desires. Oreo Peanut Butter, Lemon Pistachio, Vanilla Almond, Cinnamon Sugar, Maple—the options are endless! 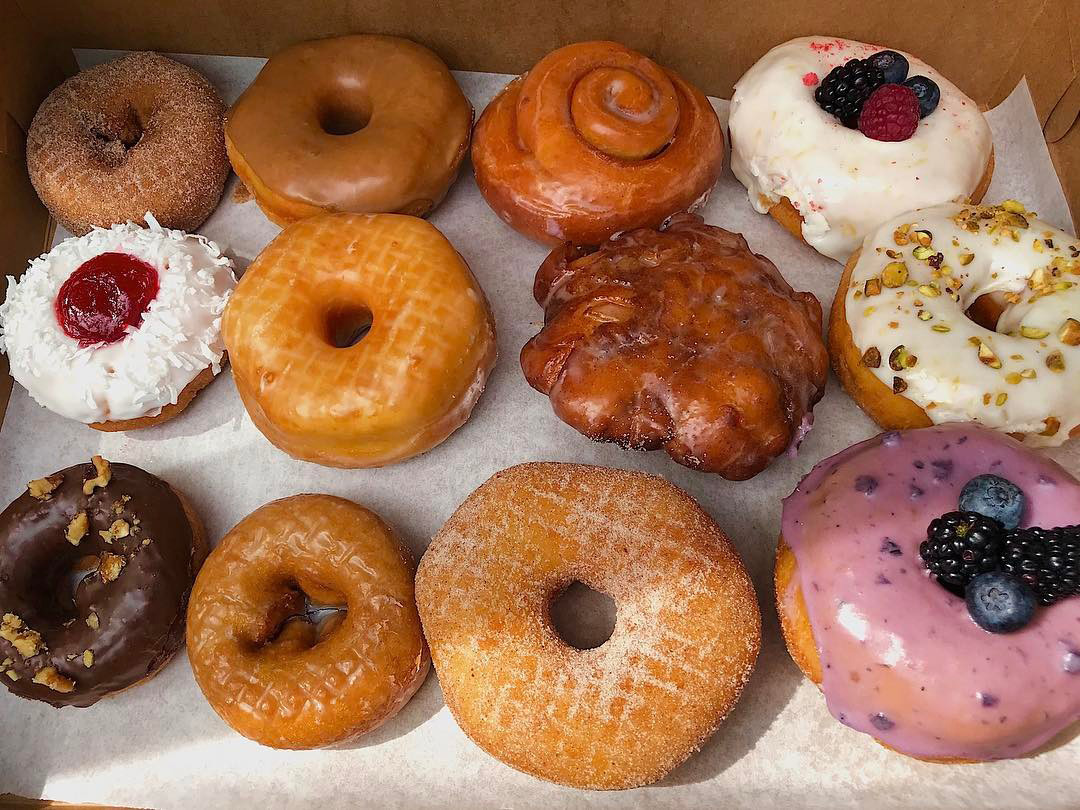