Where to Find Vegan Boba in LA

These beverages are bursting with flavor!

Is boba vegan? Well, that depends. Most boba is! Traditionally, the chewy pearls are composed of tapioca starch and a handful of other ingredients. But some boba includes honey as a sweetener or comes in a beverage that contains dairy. So, that’s why we’ve created this guide on where to find vegan boba in LA.

Vegan events are 10 times better when Nova Boba is there! Because who doesn’t want a delicious boba drink to pair with an epic food spread? From Mango Green, Thai, and Classic Milk Tea to Horchata and Pumpkin Chai Latte, the flavor options are endless. 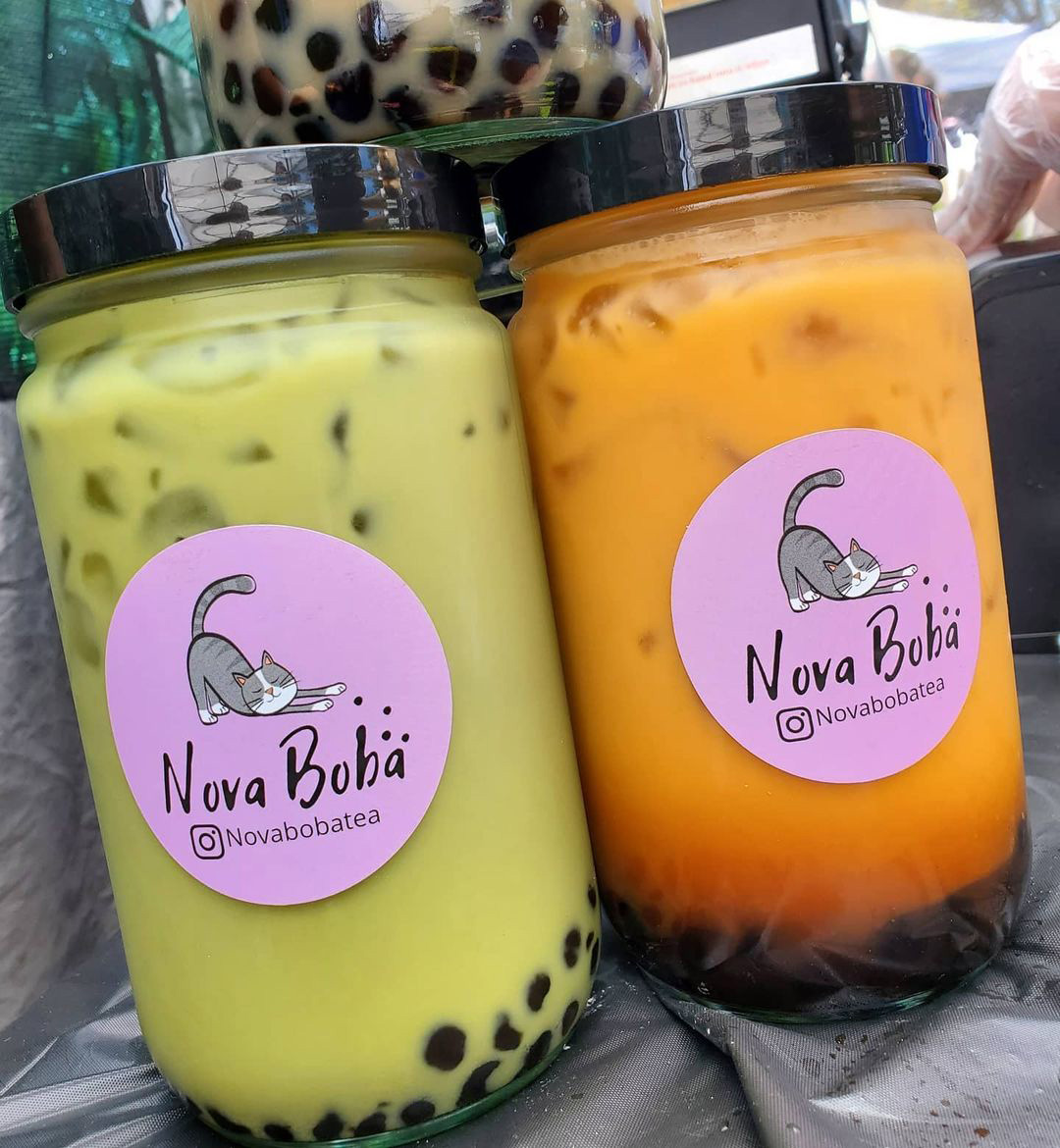 From the team behind Ahimsa Vegan Cafe comes a new vegan boba shop and bakery—Shaboba! Want a sip? First, pick your oat milk tea flavor. Options include chai, lavender, rose, brown sugar, taro, original, and Thai. After that, choose your favorite add-ins from boba, lychee jelly, and aloe jelly. And last but not least, enjoy! 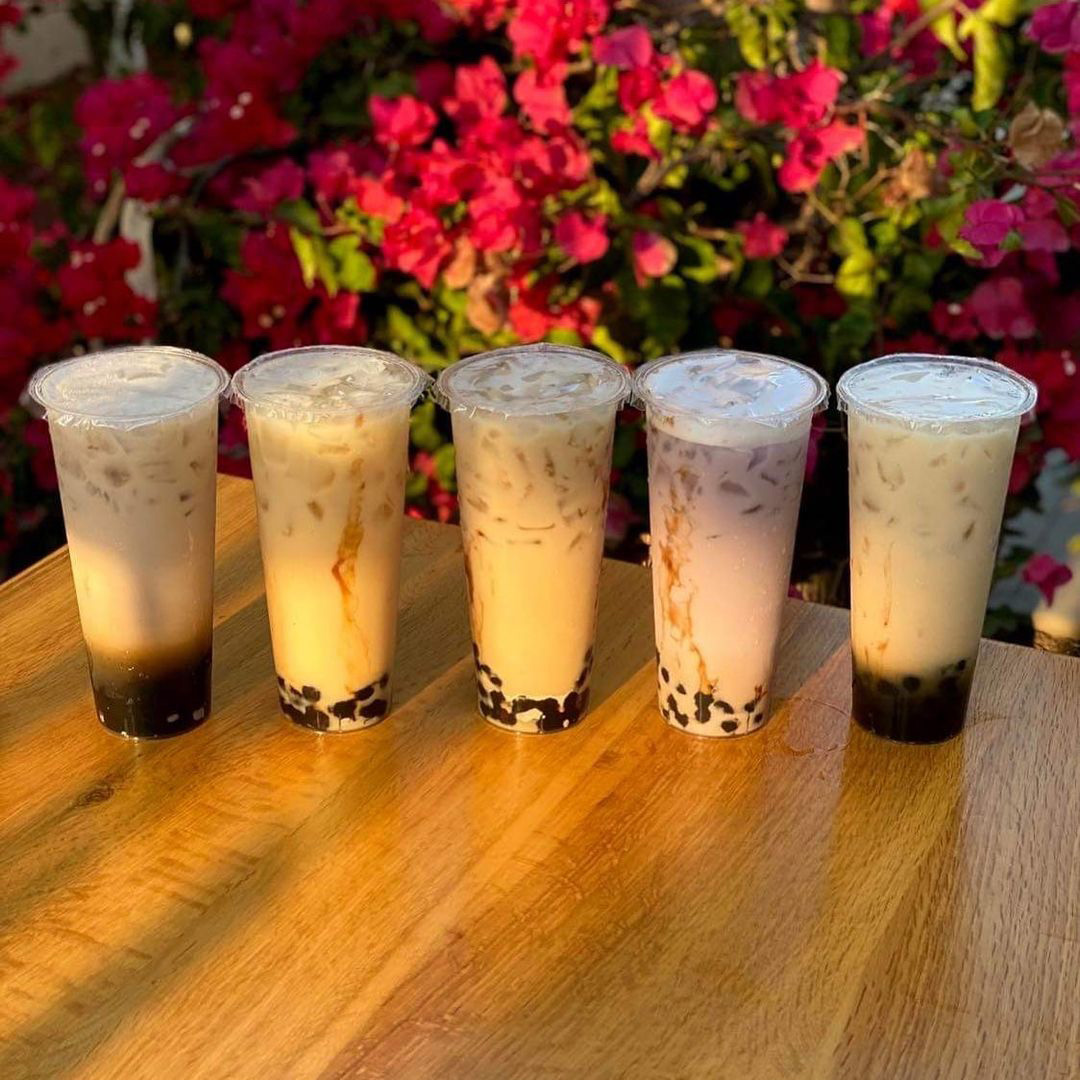 Customize the beverage of your dreams at this all-vegan boba shop! On the menu, you’ll find vegan milk tea and fruity drinks in a variety of flavors. Whether you want more or less sweetener, boba, or ice, Magik Milk makes it happen! Don’t forget to order a vegan cookie to pair with your beverage. 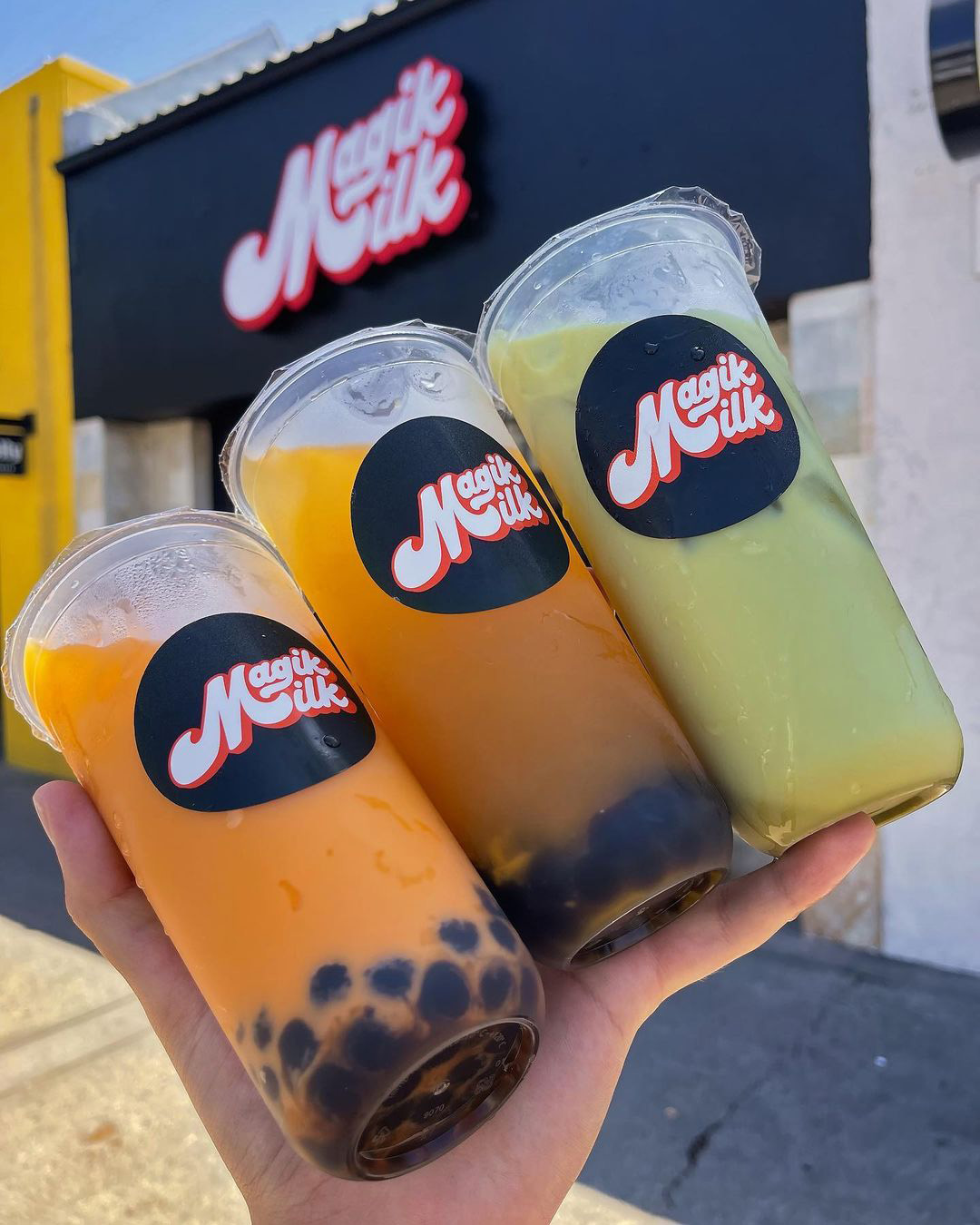 Ordering vegan boba in LA is a breeze at Sunright Tea! For starters, the fruit teas are vegan as-is. And the milk teas can be made vegan when you order almond or oat milk. All of the add-ins are vegan aside from the Cheese Foam, Creme Brûlée Foam, Honey Boba, and Pudding. 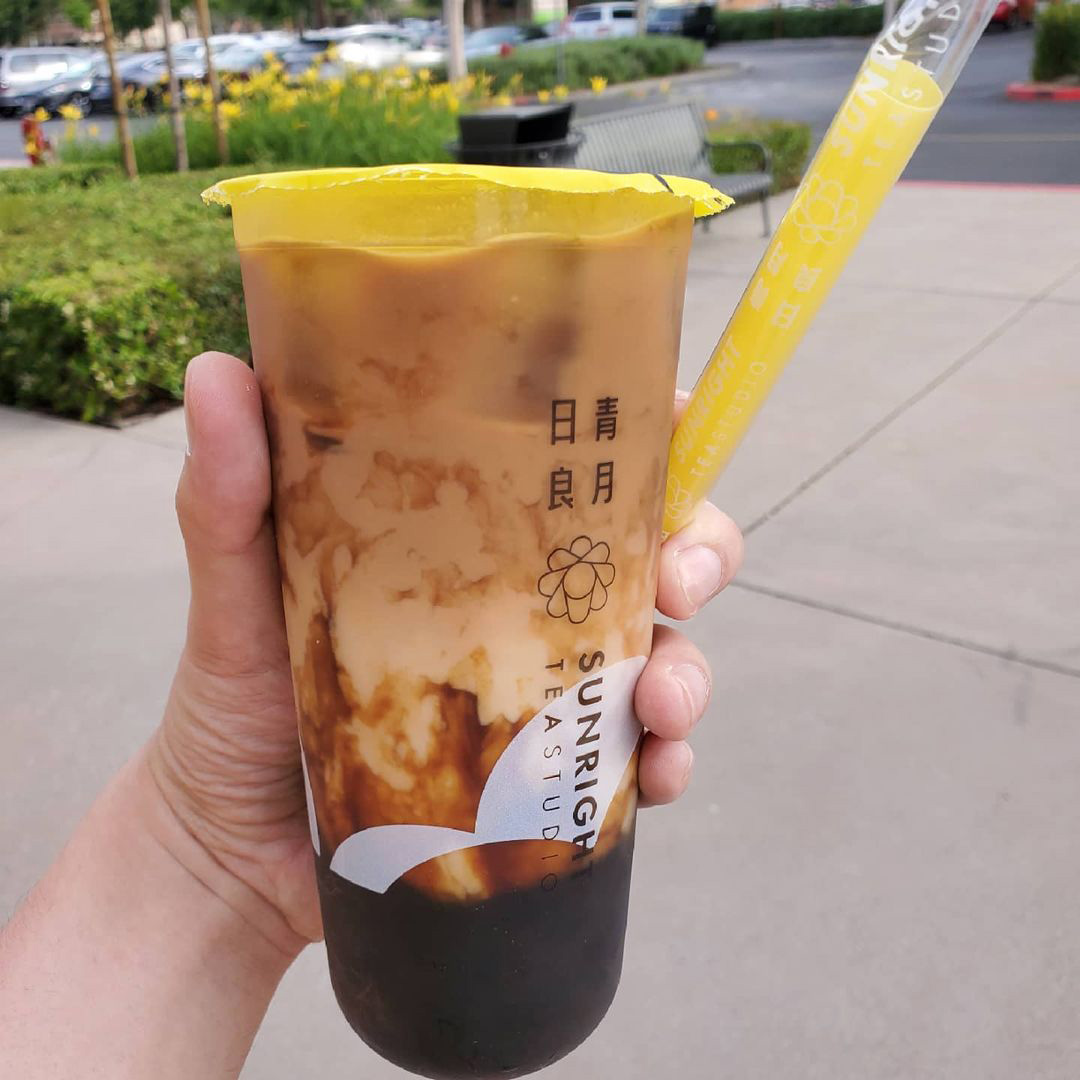 In case you missed it, Jamba now offers boba! Both the Tapioca Pearl Boba and Strawberry Bursting Boba are considered vegan-friendly. Add some to your favorite smoothie, bowl, or iced beverage for a deliciously exciting experience. For something more indulgent, pop by Trader Joe’s for their vegan cold brew boba ice cream. 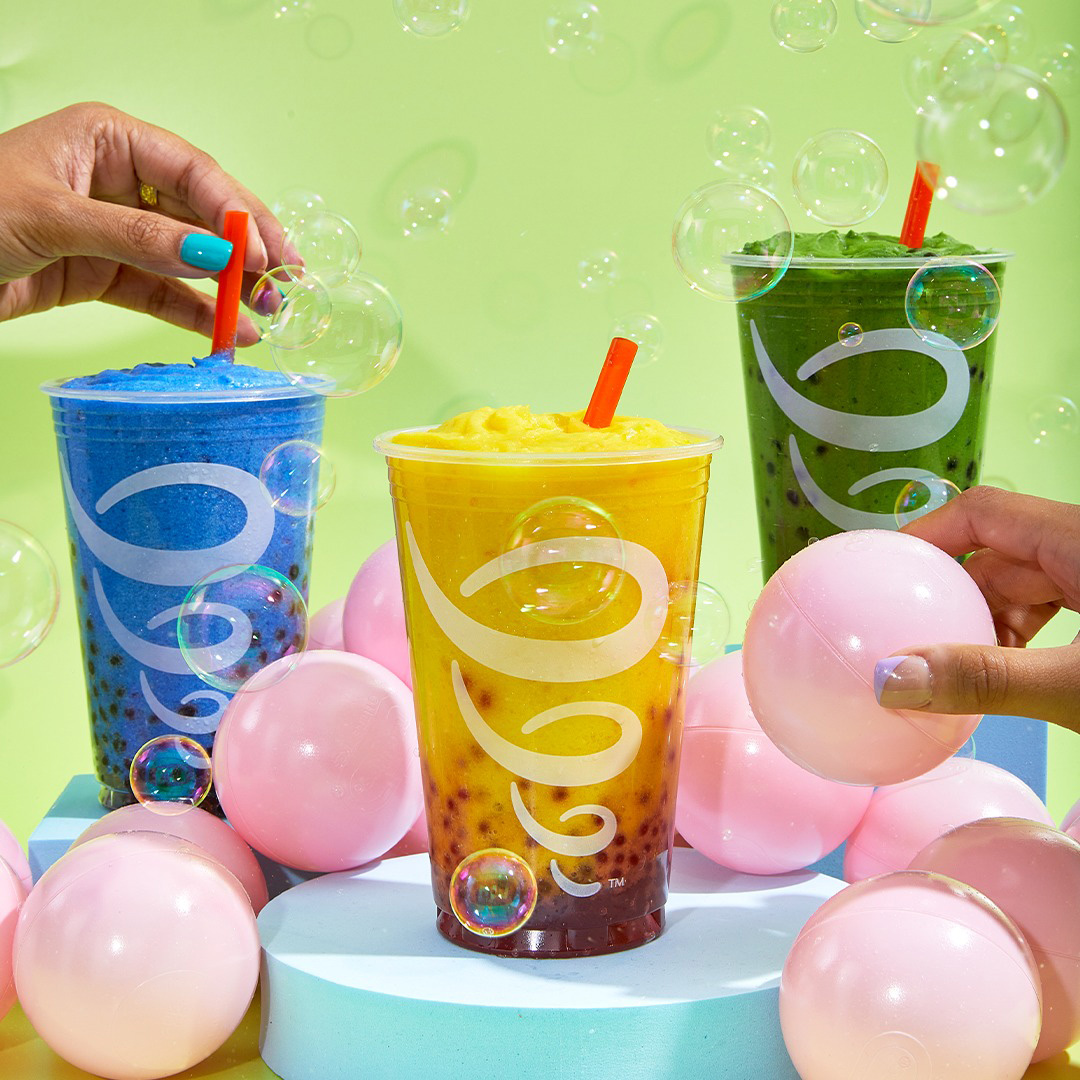 Are you looking for a trendy spot to hang out and grab vegan boba in LA? Look no further than Hey Hey! Being that the boba at this hip tea house is vegan, it’s pretty easy to order. Most everything can be made vegan when you request plant-based milk. But it’s always a good idea to check with an employee before making your final decision! 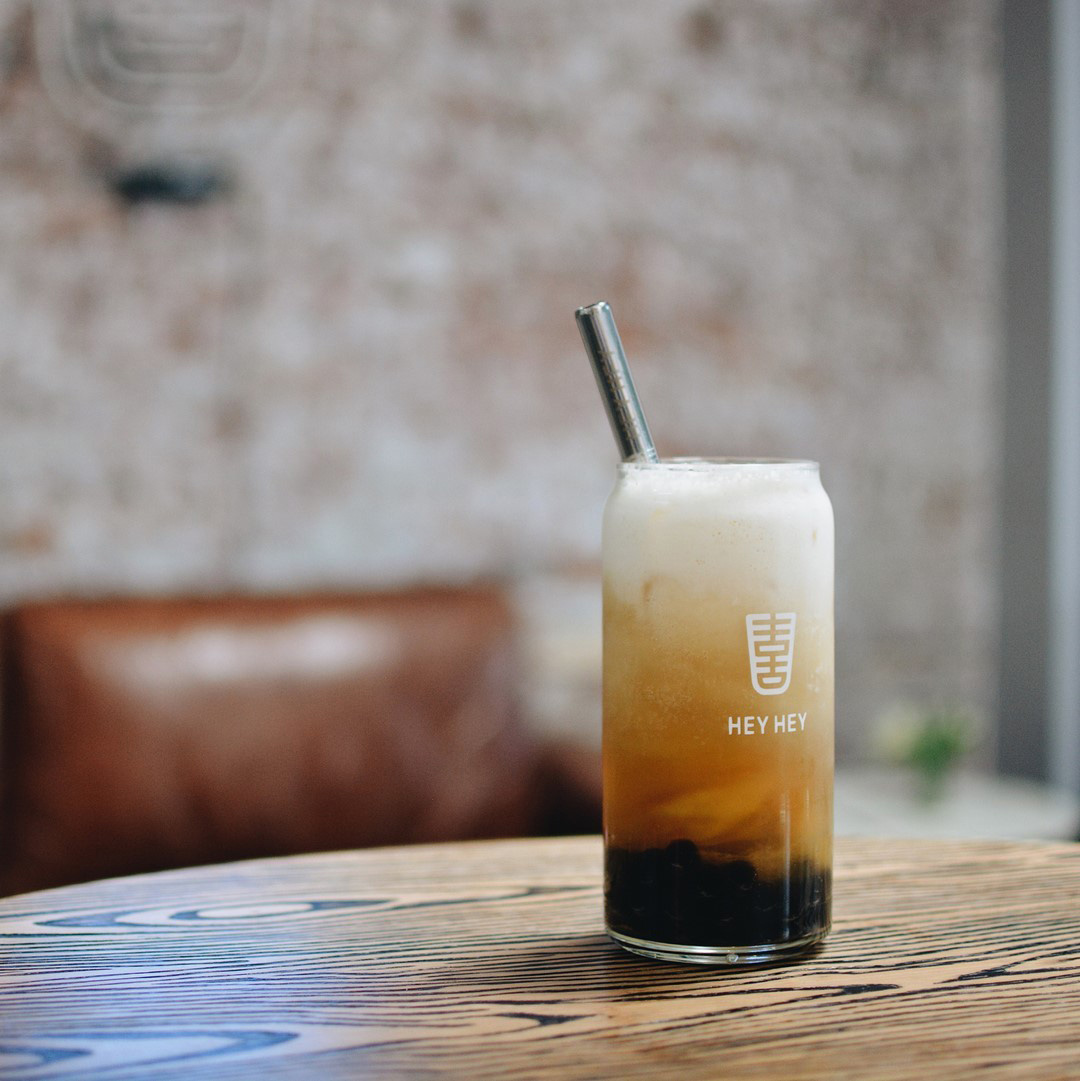 While most boba spots use classic sugar, Boba Zzing uses zero-calorie syrups and monk fruit sweeteners. Because of this, their drinks are low in sugar and might feel lighter going down. The plant-based milk options include oat, almond, and soy. And, of course, the boba is vegan! 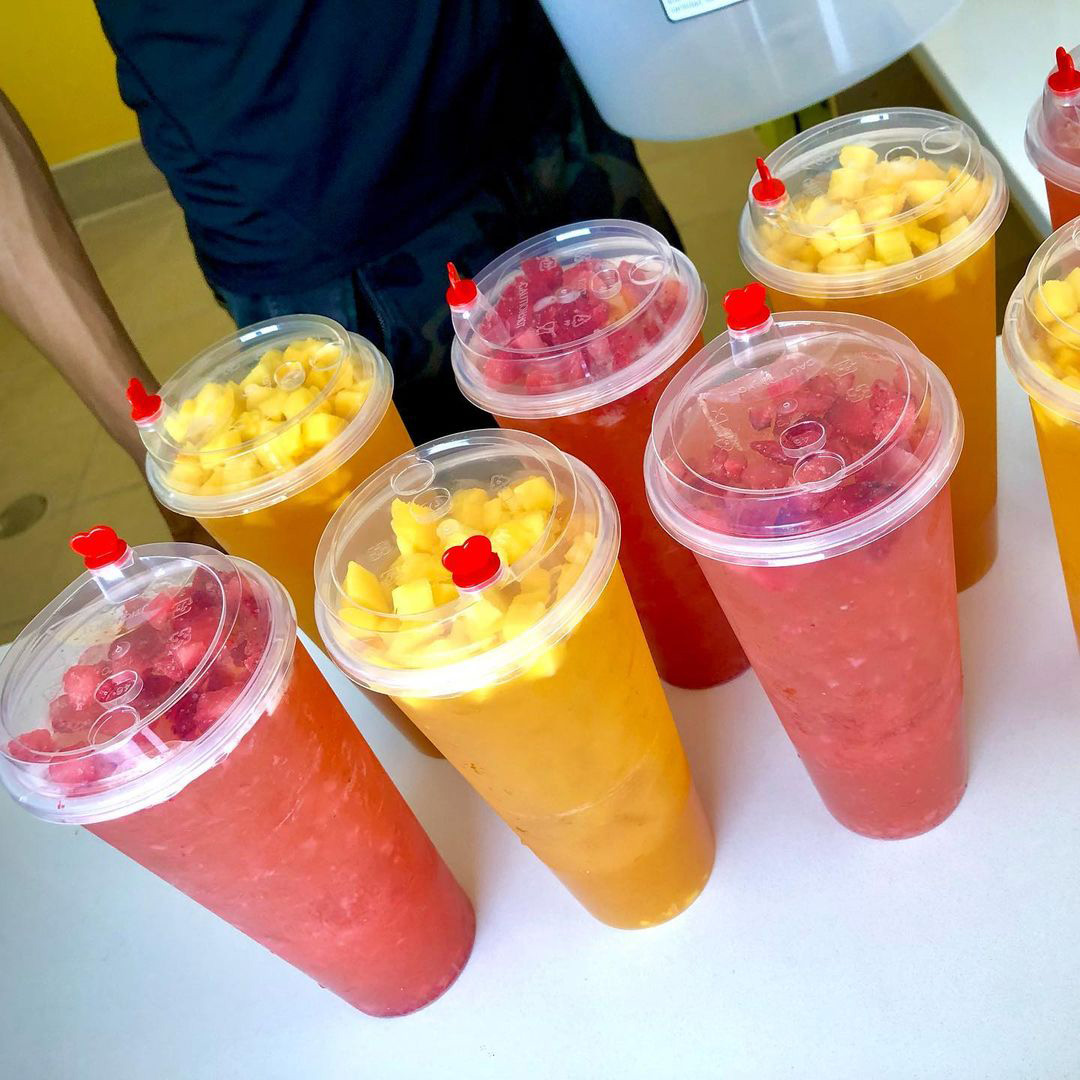 Almost every drink at Boba Guys can be ordered vegan! Their cassava-based boba is 100% vegan, as are the aloe jelly and chia seeds. Boba Guys sweetens their drinks with vegan house-made syrup made from brown and white sugar. However, they use honey in some drinks—so keep an eye out for that! In addition, you’ll want to avoid grass jelly, almond jelly, and egg pudding. 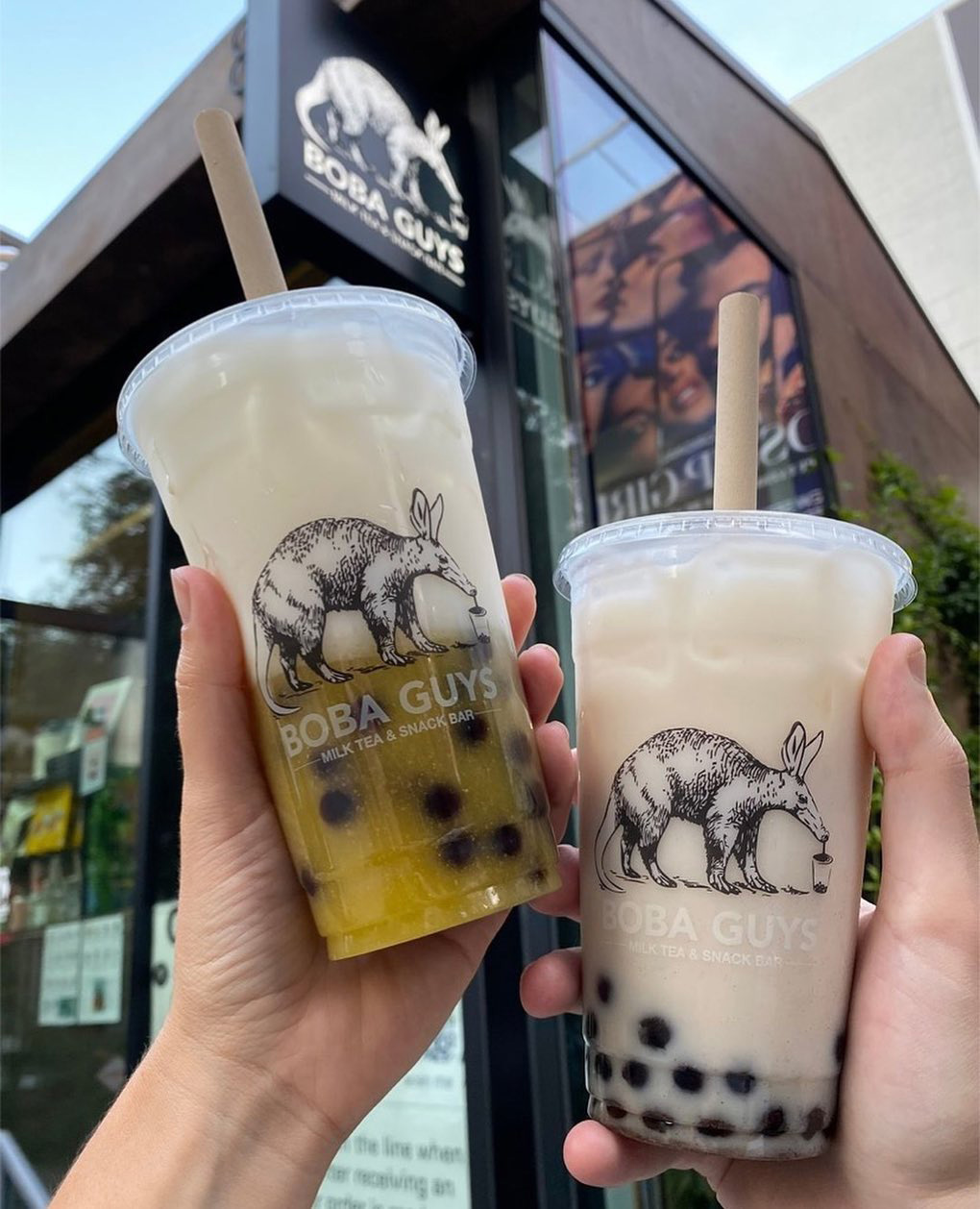 From smoothies and fruity drinks to vegan-friendly milk teas, the possibilities are endless at Boba Time! The boba is 100% vegan, and there are several plant-based milk options available—soy, oat, and almond. But it’s always best to check with an employee about the specific ingredients in your desired drink. 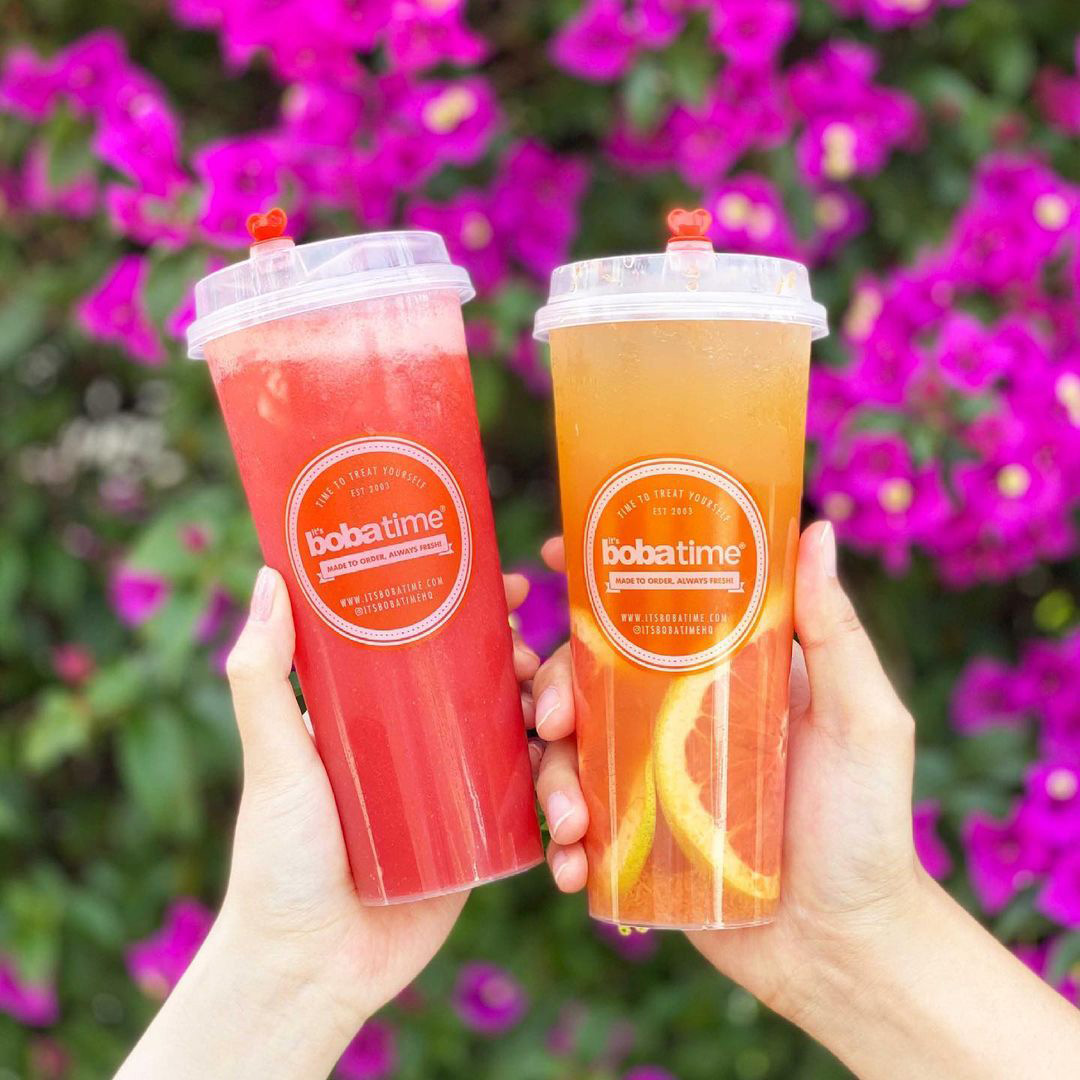 We’re obsessed with this vegan-friendly coffee chain for many reasons! One of those is their boba-like Brown Sugar Jelly. Peet’s Coffee officially launched the product this summer in Iced Fruit Tea Shakers and Oat Lattes. Now, you can order some in the iced beverage of your choice—including the seasonal Pumpkin Cold Brew Oat Latte. 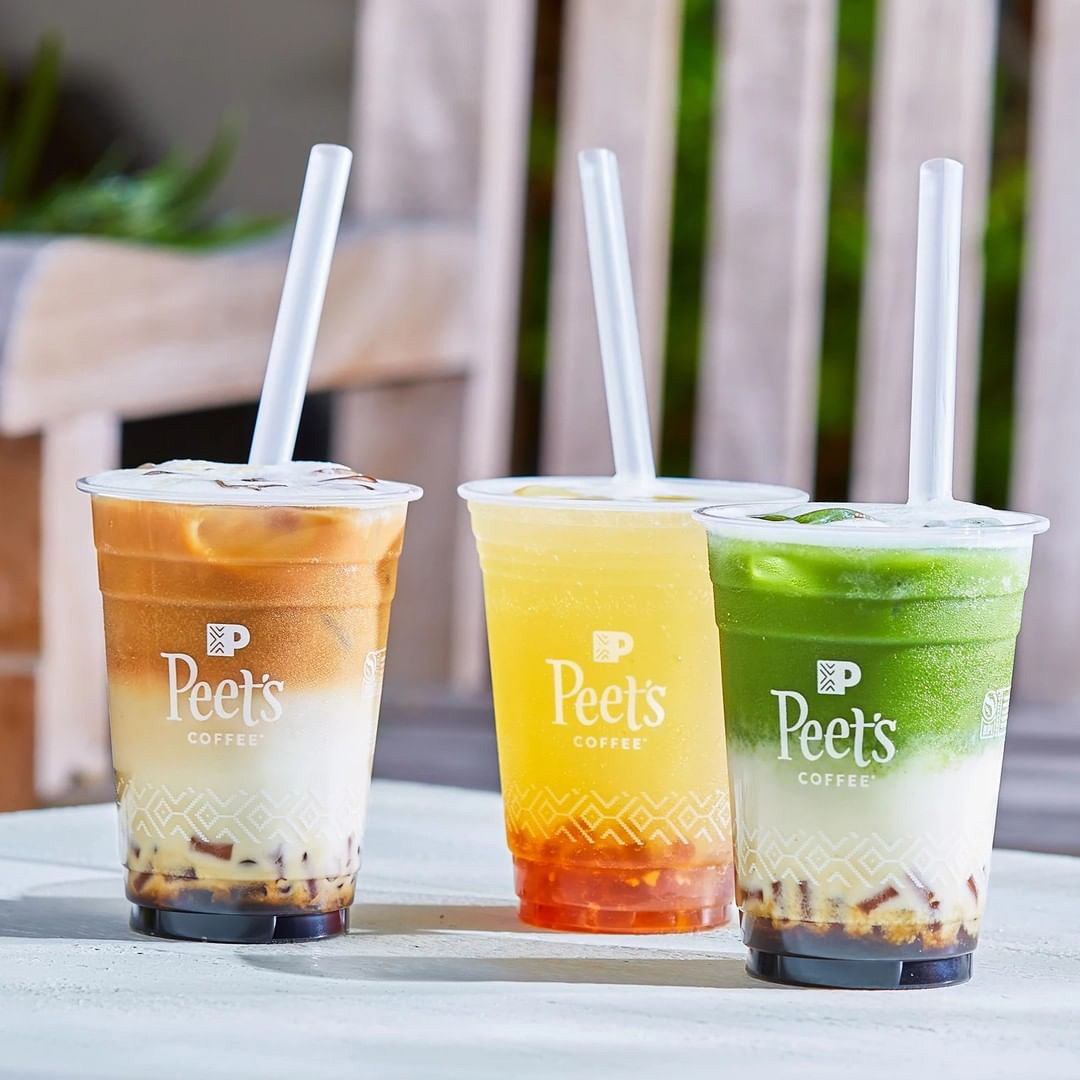