Vegan fried chicken and sports—what could be better than that?

With the growing popularity of plant-based living, vegan food is becoming more available in mainstream places like movie theaters, airports, and music and sports venues. For all you sports-loving herbivores in Southern California, Wolfie’s is now open at Downtown LA’s Banc of California Stadium as the first all-vegan vendor.

The Banc of California Stadium is home to Major League Soccer’s Los Angeles Football Club (LAFC) and National Women’s Soccer League’s Angel City Football Club. Since LAFC’s official craft beer is made by vegan brewery Party Beer Co., it was only natural that Wolfie’s (sister restaurant to Party Beer Co.) would make its way to the arena. Wolfie’s first day of service was Saturday, February 26. During the first two weeks of its soft launch period, Wolfie’s sales soared and surpassed most other food vendors.

While there are several sports stadiums with vegan options, this is the first time a 100% vegan restaurant has launched at a major league soccer arena in the United States and any major league sports arena in Los Angeles as a concessions vendor. 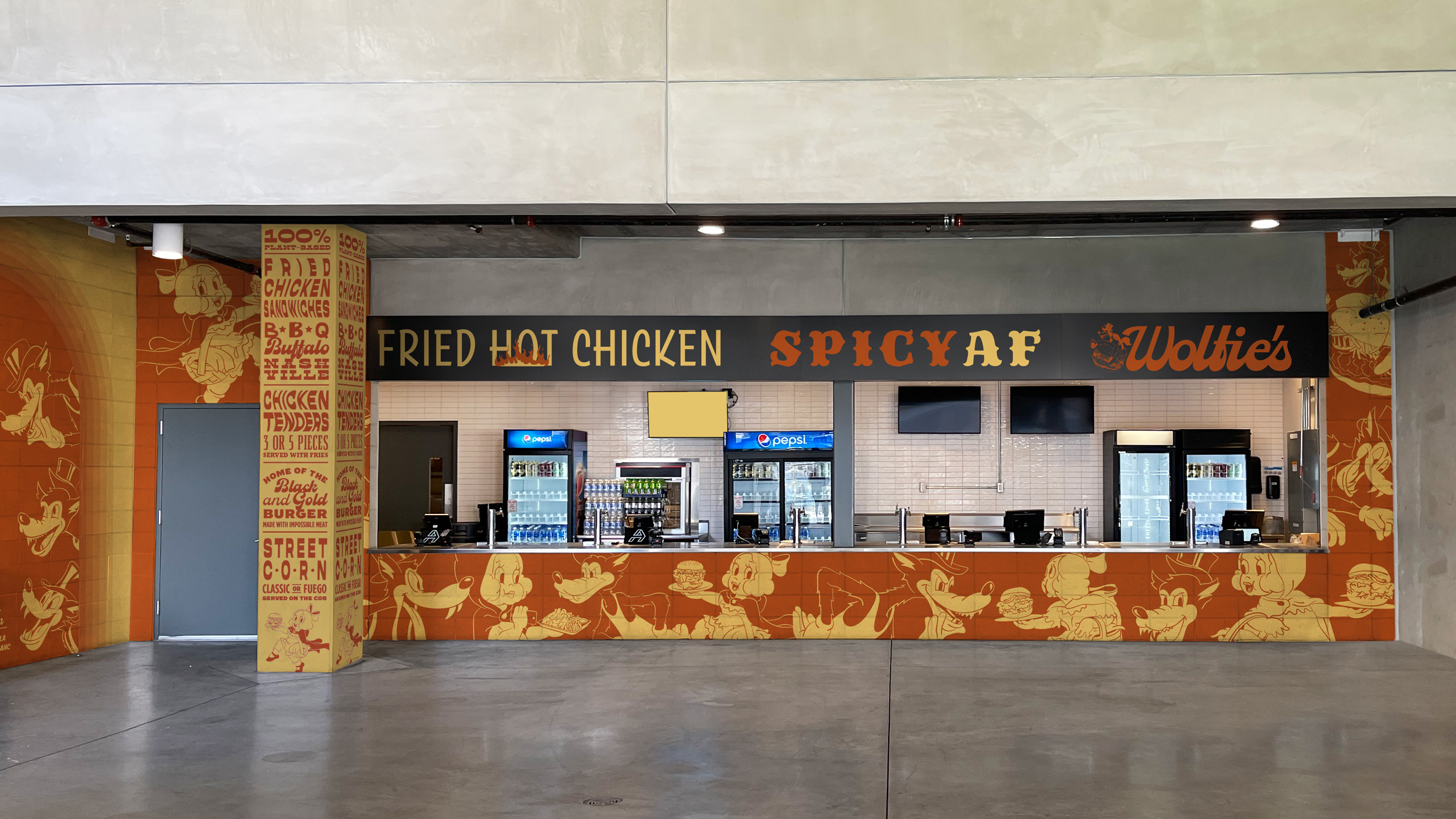 At the stadium, Wolfie’s offers a menu of vegan fried chicken sandwiches, chicken tenders, burgers, sides, and sauces crafted by vegan food and beverage entrepreneur Jason Eisner. The sandwich varieties include BBQ, Buffalo, and a rotating international flavor featuring a house-made vegan chicken patty that the Wolfie’s team plans to roll out at retailers in the near future. In addition, Wolfie’s serves drool-worthy vegan ranch that you’ll want to lather on anything and everything.

“The Wolfie’s mission is to provide an accessible alternative to poultry. Our vision is to create delicious food that bridges the plant-based gap for omnivores,” Eisner told VegOut. 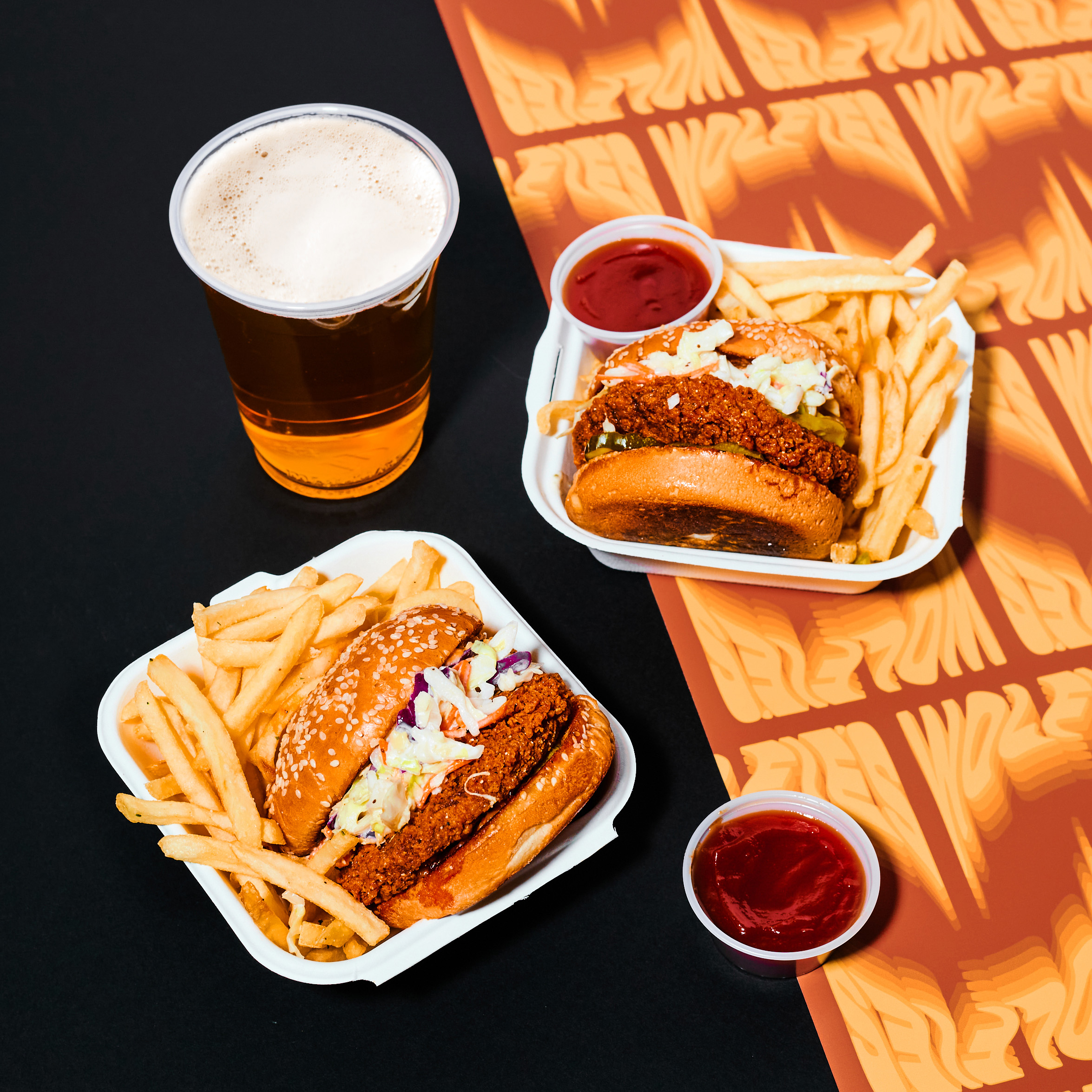 In the past several weeks, Wolfie’s has undergone several changes. For starters, a Wolfie’s brick-and-mortar opened in Highland Park, replacing its former sister restaurant Put Me In Coach. Next, the Wolfie’s food truck (which used to be parked across the street) has become nomadic. This freed up space for Eisner to re-open his popular vegan bar and pop-up venue, Block Party. With the recent announcement of its launch at the Banc of California Stadium, Wolfie’s and its related companies show no signs of slowing down anytime soon. In fact, Party Beer Co. is about to launch an innovative non-alcoholic beverage infused with Delta-8, so get ready!