The plant-based ice cream shop will open in Lincoln Square in February.

Vaca’s offers vegan soft serve ice cream made with oat milk. The menu features all the classic toppings, fudge, and waffle cones that you’d find at a traditional ice cream shop. Also on the menu are milkshakes, sundaes, and pints to go.

In the last year, Vaca’s Creamery has risen to Yelp’s #1 ice cream shop in all of Illinois—vegan or not! The small shop with the walk-up window draws vegans and non-vegans alike from all over the city. Additionally, the brand was featured on NBC Chicago’s The Food Guy for its aesthetically pleasing ice cream sundaes. 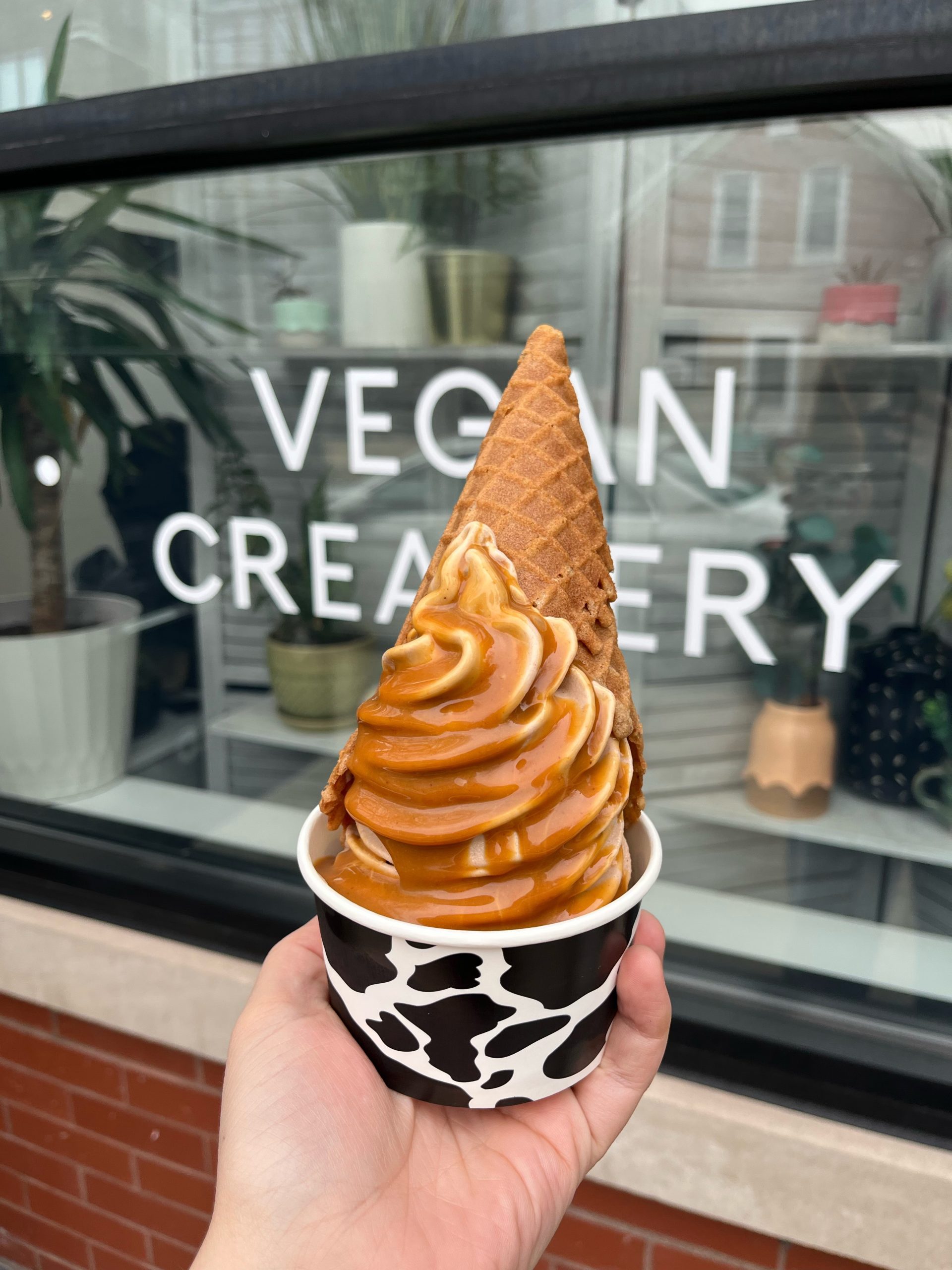 The Lincoln Square outpost will feature an expanded menu, including new housemade toppings, ice cream flavors, and the addition of seasonal pastries and ice cream pies. Mariana Marinho—head chef and recipe developer—will be drawing from her Brazilian roots to bring new desserts and pastries to the shop.

Unlike the flagship location, the Lincoln Square outpost will have ample seating, both indoors and on an outdoor patio.