Burgers, and nuggets, and milkshakes—oh my! The popular vegan fast-food restaurant, Plant Power Fast Food is now open in Hollywood! This is the chain’s first brick-and-mortar location in Los Angeles and its eleventh in total.

The Future of Fast Food

The San Diego-based restaurant first opened in 2016. With a classic drive-thru menu and feel, Plant Power Fast Food became known as “the future of fast food.” This is because it’s 100% vegan, meaning the food is more sustainable for the environment, animals, and customers’ health. Over the years, Plant Power Fast Food gained much traction in the food scene, expanding to several other locations in Southern California. Last summer, the company announced its expansion in the West Coast region with the opening of restaurants in Sacramento, Las Vegas, and Hollywood.

The menu at Plant Power Fast Food features vegan renditions of all the most iconic fast-food favorites—from breakfast to dessert! There are seven different burgers—including a vegan bacon cheeseburger. Other handhelds include classic and Buffalo chicken sandwiches and wraps as well as a Southwest avocado wrap, fish filet sandwich, and a plethora of breakfast sandwiches. But that’s not all! Plant Power Fast Food also offers a variety of salads, fries, chicken tenders, and chicken nuggets that give off elevated better-for-you McDonald’s vibes. For dessert, there are milkshakes, soft serve ice cream, cheesecake, cookies, and brownies. 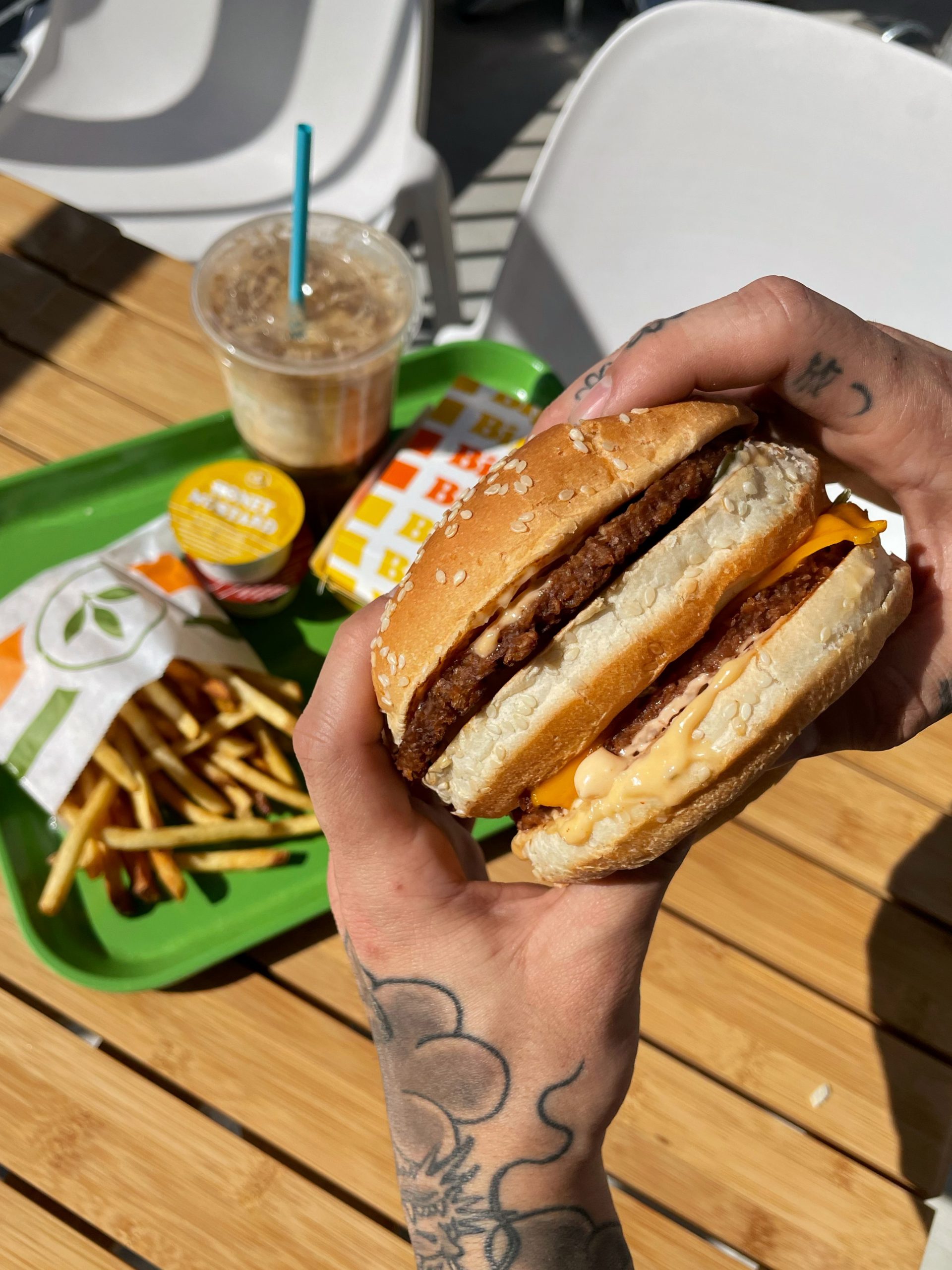