A new fully-vegan doughnut truck is coming to Seattle, and we have the deets on the treats! (We knew doughnuts were shaped like wheels for a reason.)

Launched by Sean Willis and Christopher Ballard of Outbound Herbivore magazine and Vegan Candle Co., Doughjoy opens for business in Seattle this May in the former Cycle Dogs food truck. The two intend to draw in foodies of all types and lifestyles in an area already on the cusp of being one of the top vegan cities in the nation. Taking to the Seattle streets, the new business will offer yeast-raised, soft, sugary doughnuts with recipes so convincing they may make long-time vegans do a double-take. 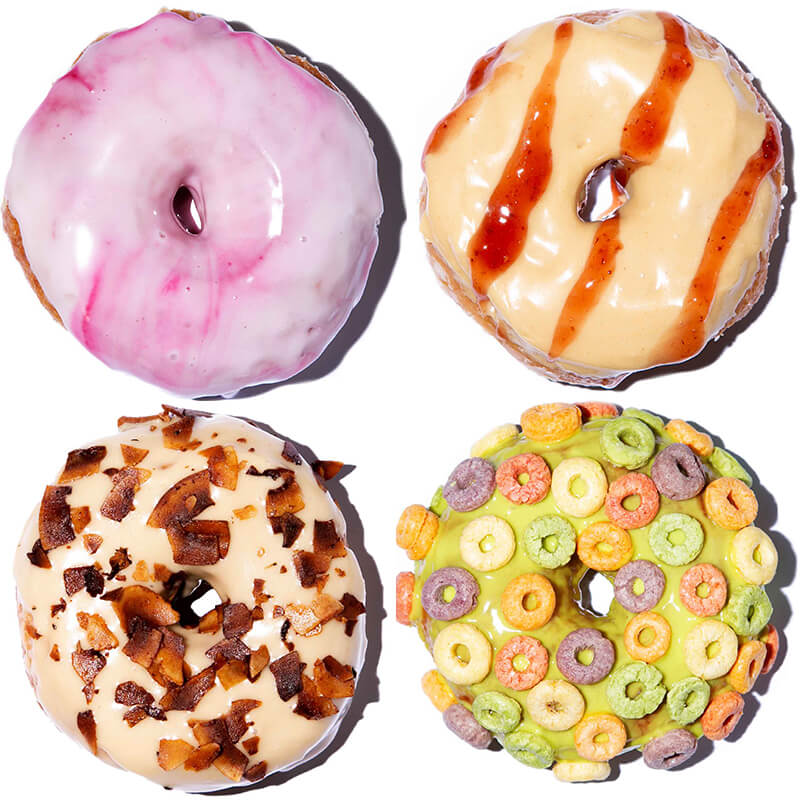 The LGBTQ+ business will hit the road in May, and the menu lineup will include The Faconator (a maple icing-topped doughnut with crispy coconut bacon), Petal To The Metal (sweet and floral), Cereal Killer (inspired by delicious cereal milk topped with crunchy fruit hoops), PB & HEYYY (peanut butter icing and strawberry jelly drizzle), and The Basic B (glazed goodness, need we say more?). The first plant-based yeast-raised doughnuttery in the Seattle area will also be serving 100% vegan lattes with dairy-free syrups, including salted caramel, white chocolate, and mocha.

Willis adds, “There is a perfectionist idea of veganism which we believe only excludes [people from the movement]. We want to show another side of veganism—how it can be better, taste amazing, and that it’s not about what you can’t have, but [about] all the incredible things you can have living a plant-based lifestyle.” 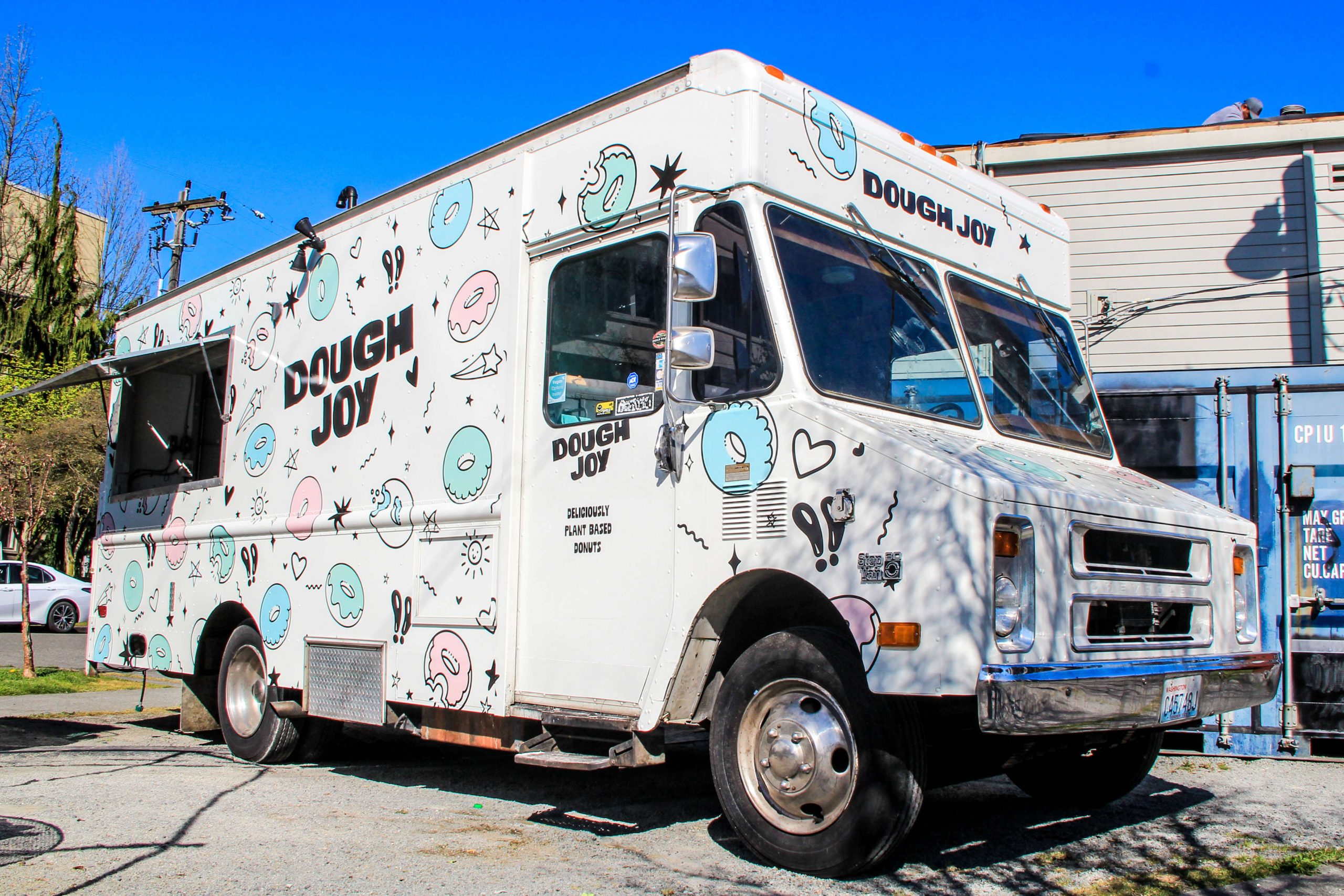 Doughjoy will be stationed in the Ballard neighborhood at 5401 17th Ave NW, Seattle, Washington 98107. For more updates, follow the truck’s Instagram (@DoughjoyDonuts) or check out DoughjoyDonuts.com.