Vegan vs Fries is bringing plant-based comfort food to a city near you!

After making waves in the foodie scene, the pickup and delivery concept Man vs Fries launched a vegan venture. Do you want loaded fries, burritos, and crunchwraps delivered to your door? Then keep an eye out for Vegan vs Fries! This year, the Black-owned vegan ghost kitchen will open in over 20 cities across the country.

The Rise of Man vs Fries

Man vs Fries is the largest US Black Chambers, Inc. certified Black-owned restaurant. The ghost kitchen, founded by William Bonhorst, began out of one location in Oakland. Shortly after its launch, Man vs Fries was picked up by REEF Technology. Through REEF’s network of delivery kitchens, Man vs Fries has opened kitchens all over the US and Canada. So, why do customers love this ghost kitchen so much? For starters, the food is easily ordered through mainstream delivery partners like Postmates. In addition, the quality and flavors of Man vs Fries’ American-style food is superb. But there was one common request—to launch a vegan version. And that they did!

Vegan vs Fries is a plant-based rendition of Man vs Fries. Of course, the star of the vegan American comfort food menu is loaded fries. Go with the pre-set Carne Asada Fries or build your own creation. First, choose from straight or curly fries. Then, select Impossible asada or fajita veggies. Lastly, pick NorCal or SoCal style. The entrees include loaded burritos and quesadillas, as well as a crunchwrap that you can spice up with Takis. For dessert, Vegan vs Fries serves fried Oreos coated in powdered sugar with chocolate sauce on the side.

Founder and CEO William Bonhorst told VegOut, “The Atlanta and LA community set the fire in me to build this brand, with the most feedback from those fans. I went back to the lab and developed a dope menu that will not disappoint any plant-based enthusiast and turn a meat eater into a believer. It’s vegan comfort food that doesn’t lack any elements of comfort food. It’s hella big burritos, hella flavor, and hella fries, all plant-based everything!” 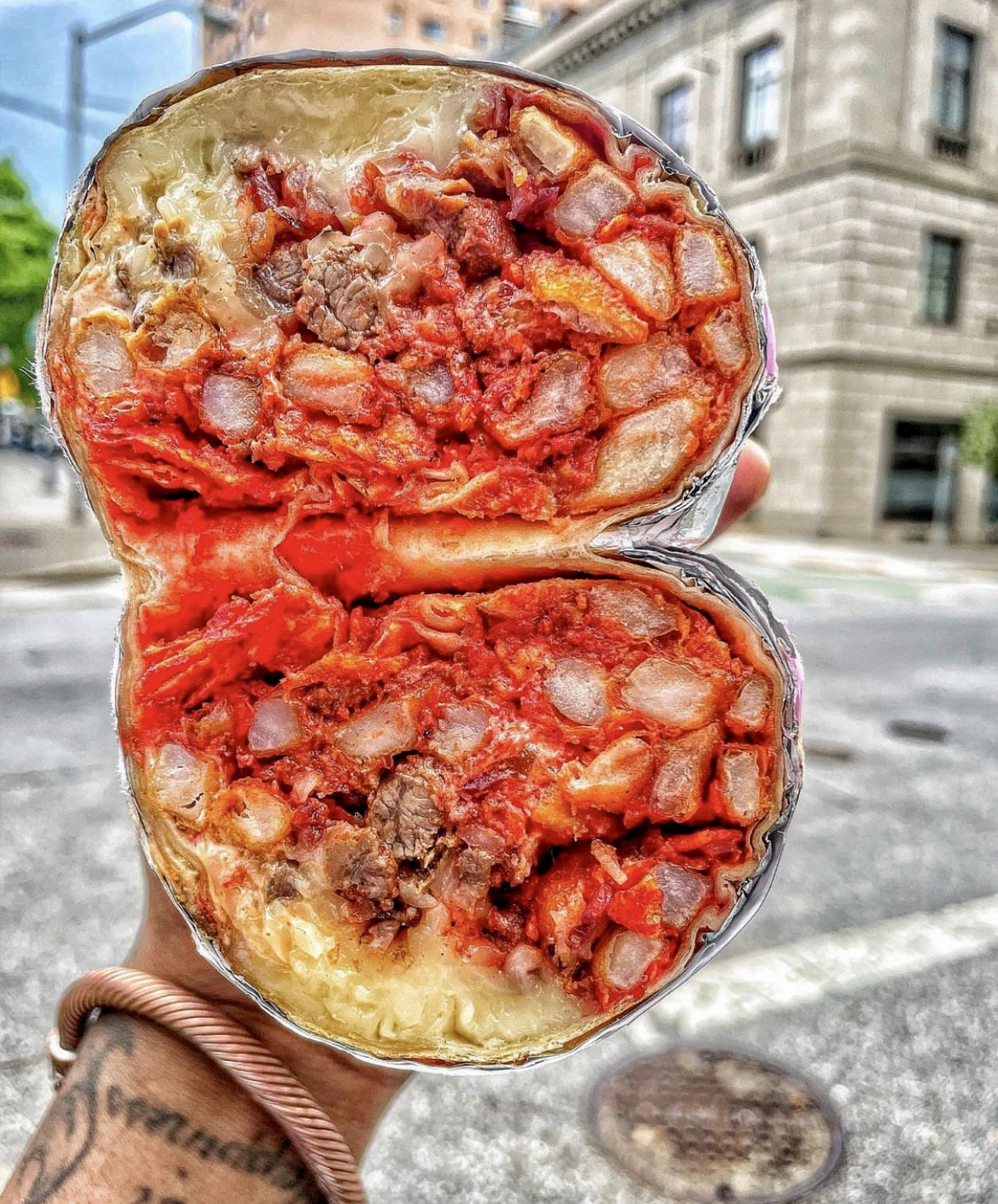 Vegan vs Fries debuted in Atlanta earlier this month, followed by Detroit this week. In the next month, Vegan vs Fries’ ghost kitchen locations will exponentially increase. But not in just one area! From New York City and Philadelphia to Austin, Minnesota, and Nashville, Vegan vs Fries is making it big. Expect to find Vegan vs Fries on Uber Eats, DoorDash, Postmates, Grubhub, and other pickup and delivery partners.