Beyond Chicken Nuggets and Beyond Popcorn Chicken are now available in retailers nationwide.

This is not a drill! Beyond Meat has launched vegan popcorn chicken and vegan chicken nuggets at select Kroger, Walmart, and Albertsons stores nationwide.

This week, Beyond Meat announced an expansion of its vegan chicken portfolio. The alternative meat brand has launched Beyond Chicken Nuggets and Beyond Popcorn Chicken. Both products are fully vegan and contain 14g of protein per serving. The products boast faba bean and pea proteins and a crispy-coated exterior with a juicy, meaty interior.

The two new products join Beyond Chicken Tenders to round out the brand’s vegan chicken options. Both new products take less than five minutes to prepare in a skillet or air fryer. The Beyond Chicken Nuggets and Beyond Popcorn Chicken can be found in the freezer section of retailers nationwide. Current retailers carrying the products include more than 5,000 Kroger and Walmart stores. Additionally, select Albertsons and Ahold stores will carry the products as well.

To find the closest retailer near you stocking the new Beyond Meat products, visit the Beyond Meat store locator. 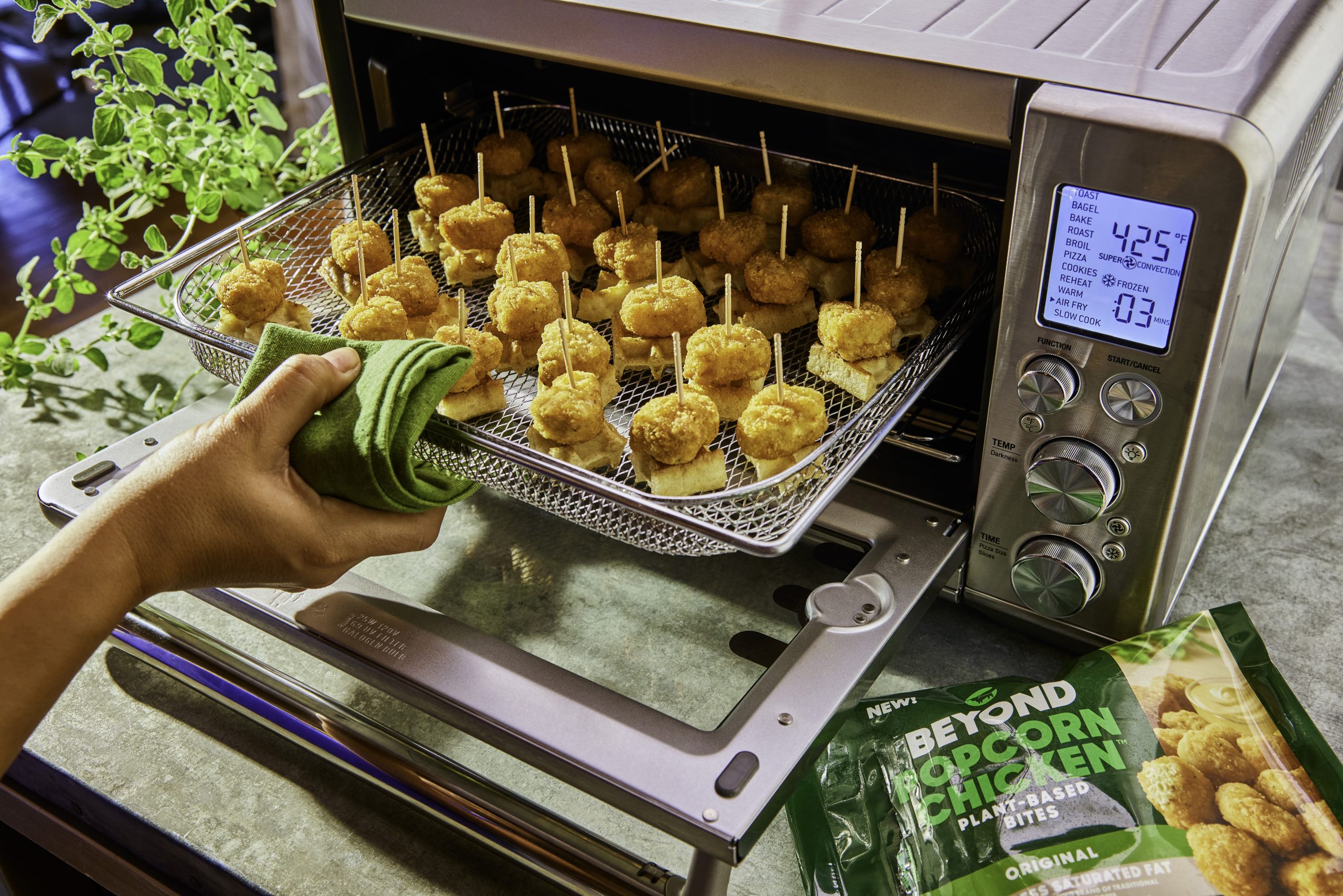 While Beyond Meat has been a household name for years now, the brand continues to release new and innovative products. Earlier this year, Beyond Meat became one of the first major vegan alternative meat brands to debut a plant-based beef jerky. And just last month, Beyond Meat added vegan steak to its collection for the first time.

The entire Beyond Meat line contains vegan burgers, hot dogs, ground beef, and sausages. Beyond Meat products are carried in thousands of grocery stores, convenience stores, and big box stores across the country. They can be found in the refrigerated or frozen food sections.