The plant-based steak is the newest product from leading alternative meat brand Beyond Meat.

Beyond Meat added another product to its lineup today. Beyond plant-based steak is now available in select grocery stores nationwide.

Beyond Meat has released a plant-based version of just about every traditional meat product there is. Today, the alternative meat brand announced the release of its newest product: Beyond Steak.

Beyond Steak can now be found in the frozen aisles at more than 5,000 Kroger and Walmart stores nationwide. Additionally, select Albertsons and Ahold stores and several other retailers across the country will be carrying the new product. 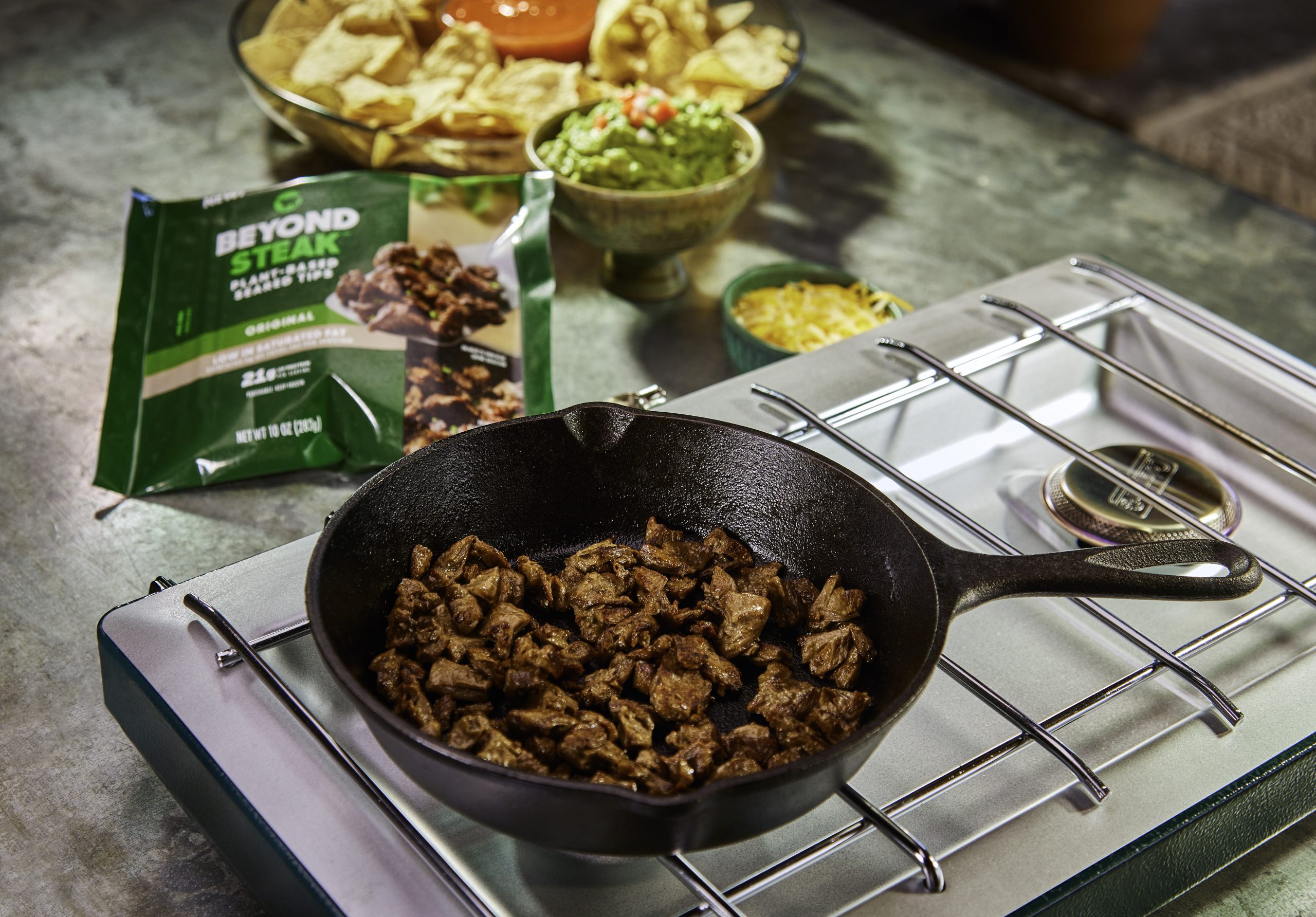 Beyond Meat’s product line began with the famed Beyond Burger, which was one of the first “meaty” vegan burgers on the market. Since then, the brand has continued to expand and release new products each year. Notable new products include Beyond Sausage and Beyond Beef.

Last year, Beyond Meat launched vegan chicken tenders, which are now available in stores across the country. And earlier this year, the brand released vegan beef jerky.

For more information about Beyond Meat and its newest innovation, visit BeyondMeat.com.