12 Vegan Fall Drinks to Order at Your Favorite Coffee Chains

From pumpkin spice lattes to apple macchiatos, there are so many delicious beverages to try!

Whether you like it or not, fall is almost here! And one of our favorite things to do this time of year is sip on seasonal beverages. If you agree, you’ll love this list of 12 vegan fall drinks to order at your favorite coffee chains!

When it comes to coffee chains with plant-based options, Peet’s Coffee takes the cake for the most versatile vegan fall drinks! Several beverages are vegan by default and others are easily veganized. Just substitute a milk alternative (oat, almond, or soy), exclude whipped cream and caramel sauce, and voila! 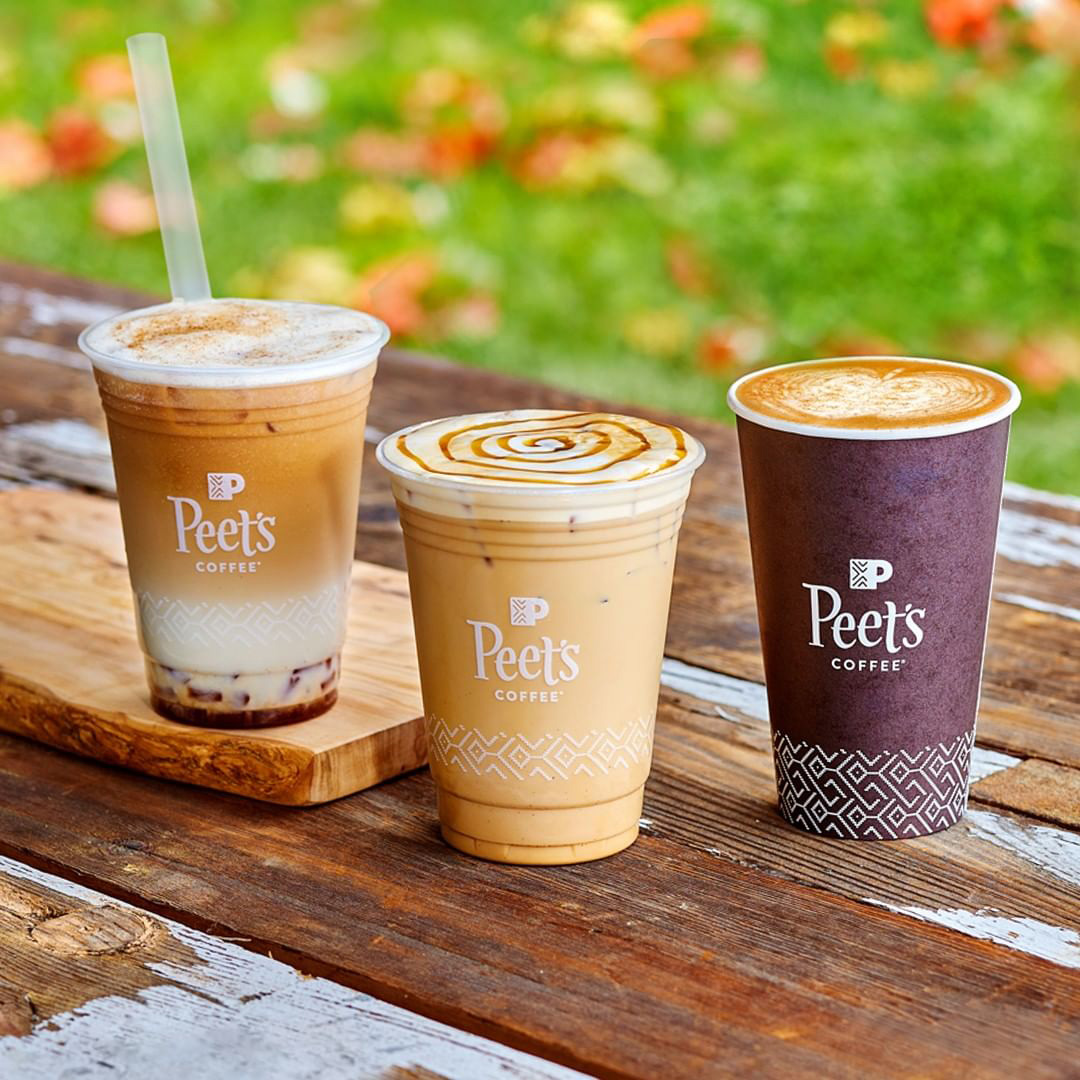 If you like iced coffee year-round, this new Pumpkin Cold Brew Oat Latte with Brown Sugar Jelly is for you! To make this drink, your barista whips oat milk and pumpkin pie syrup. Then, they pour it over a bed of boba-like brown sugar jelly and ice. Lastly, they add in Baridi Cold Brew Concentrate and a sprinkle of baking spice on top!

Peet’s Coffee’s Apple Cinnamon Oat Latte has sugar, spice, and everything nice! Available iced or hot, this beverage is sure to get you in the fall spirit. It contains espresso, oat milk, and plant-based caramel apple syrup. This is a Peetnik Rewards Member exclusive, so you must join the rewards program and order through the app.

Are you in the mood for a classic PSL? Then head to Peet’s Coffee, because their Pumpkin Latte can be made vegan! Just order it with your plant-based milk of choice, and you’re good to go. Hot or iced? You decide.

Although Starbucks’ iconic Pumpkin Spice Latte is not vegan-friendly, other fall-inspired drinks are! When ordering any beverage at Starbucks, make sure to request non-dairy milk (almond, coconut, oat, or soy). And avoid their whipped cream, caramel drizzle, java chips, cinnamon dolce topping, and protein powder. Also, any drink with white mocha, caramel brûlée, non-Teavana chai, and pumpkin spice is not veganizable whatsoever. 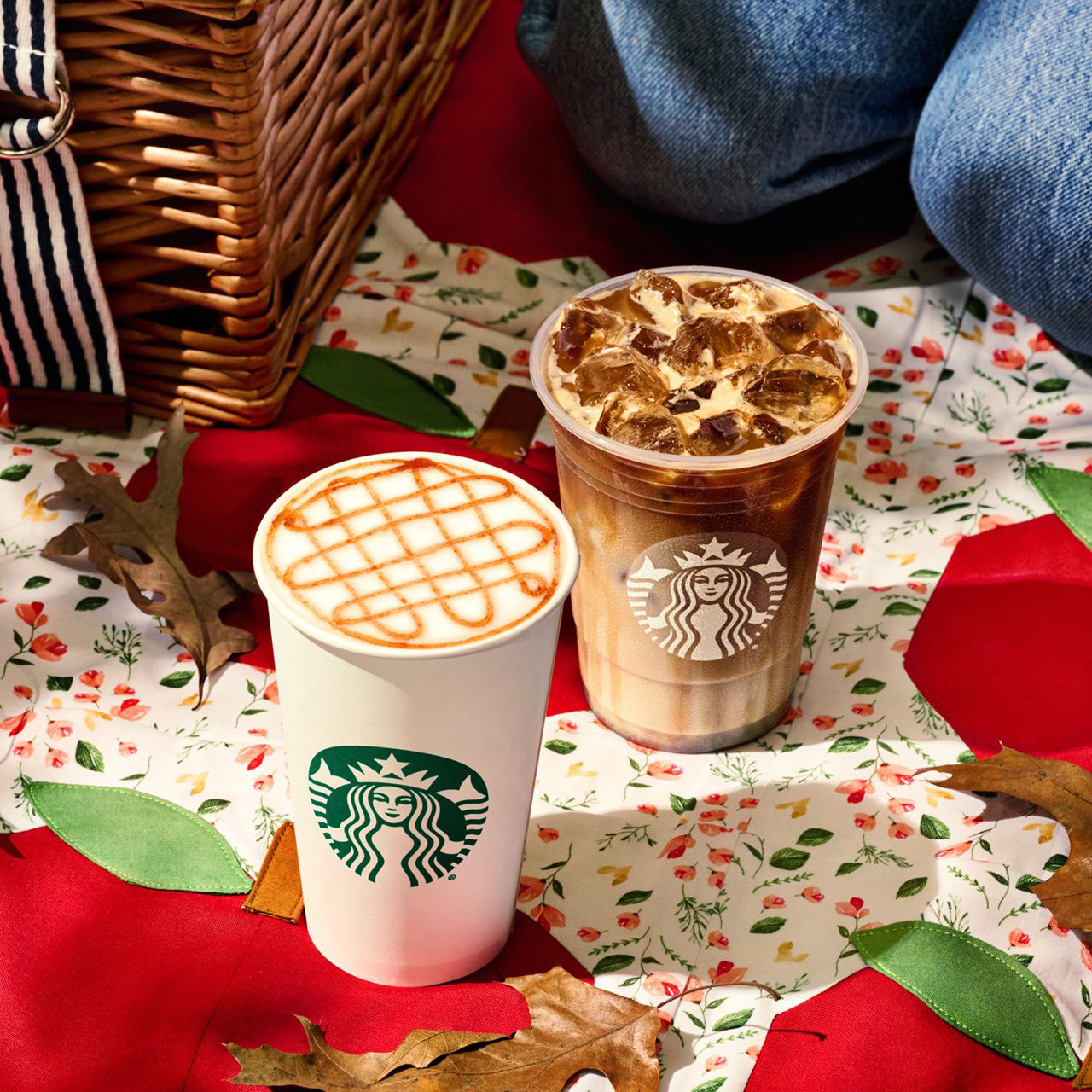 After its debut last year, Starbucks’ Apple Crisp Macchiato got a vegan makeover! The drink is now vegan by default, featuring creamy oat milk, blonde espresso, and a spiced apple drizzle. With hints of apple, cinnamon, and brown sugar? Yeah, the new Apple Crisp Oatmilk Macchiato is bound to be your regular vegan fall drink!

The Chai Latte at this popular coffee chain may not be vegan, but the Teavana Chai Tea is! It’s made from a blend of clove, cardamom, cinnamon, and ginger. Enjoy it as-is or add a splash of plant-based milk for extra creaminess.

Looking for a caffeine-free alternative? Go with a classic cup of hot chocolate! Just ask for non-dairy milk and no whipped cream, and you’re golden.

Create Your Own Fall Beverage

Don’t see a drink that fits your fancy? Get creative and customize your own cup of autumnal goodness. We’d suggest a latte with your plant milk of choice. Then add caramel, hazelnut, cinnamon dolce, or toffee nut syrup for an extra boost of seasonal sweetness! You can also get a shake of the powdered Pumpkin Spice Topping, which is 100% vegan. 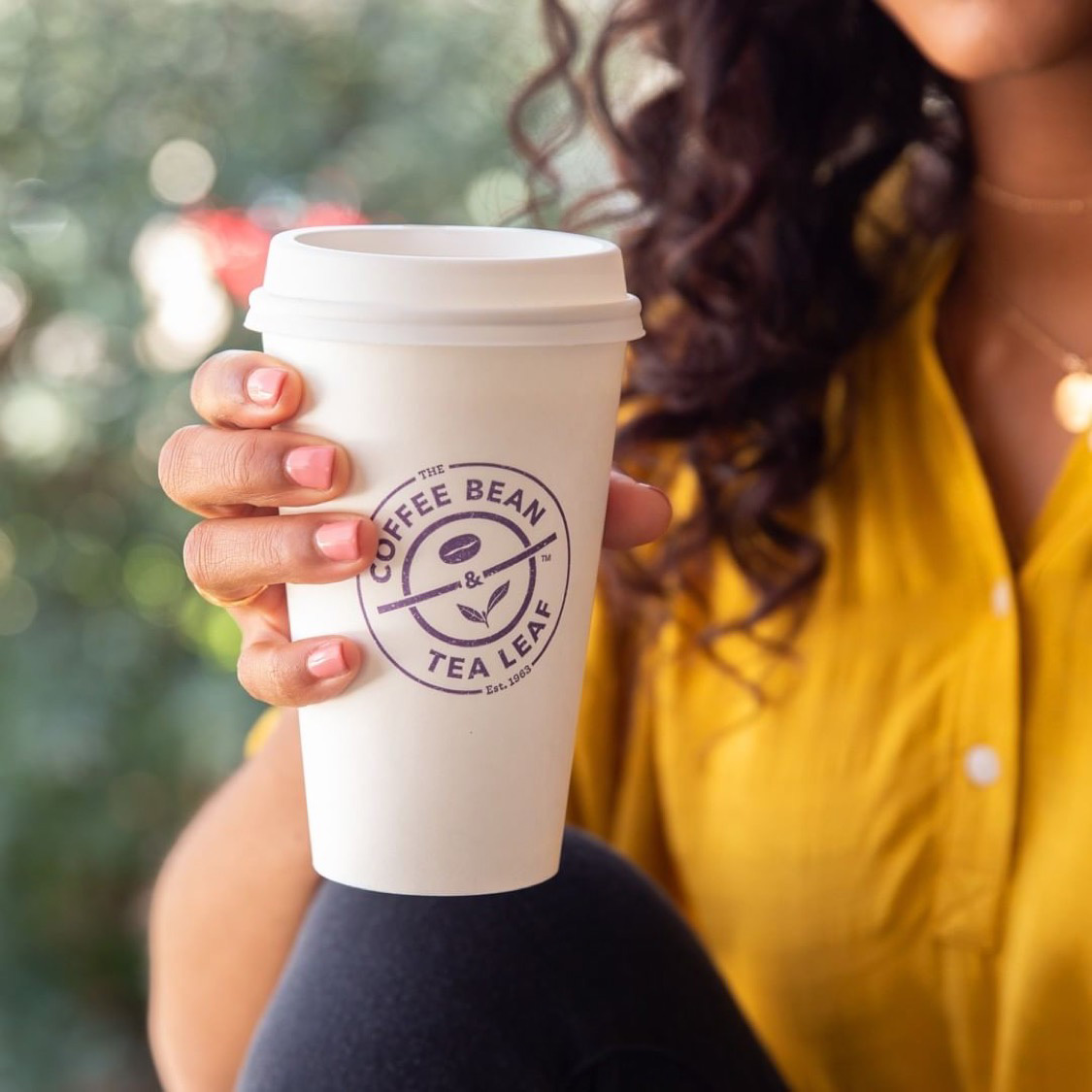 If you want to go the classic PSL route, this Pumpkin Latte is the move. Both the creaminess of pumpkin and the spice of nutmeg and cinnamon are delicious. Basically, this vegan fall drink will give you the fall feels in just one sip! Be sure to replace the milk, omit any powders and syrups, choose between hot or iced, and you’re all set.

The Coffee Bean’s Chai Lattes are not vegan, as they contain vanilla powder. But their classic Chai Tea is. Even though this beverage is available year-round, its cinnamon cloves and cardamom flavors give off fall vibes. Jazz your tea up with plant-based milk, sweetener, or pumpkin syrup.

As a general rule of thumb, most Dunkin’ beverages can be made plant-based when you sub in almond, coconut, or oat milk and omit whipped cream. Their vegan-friendly flavor shots include Blueberry, French Vanilla, Hazelnut, Mocha Swirl, Raspberry, and Toasted Almond. The Pumpkin Swirl contains milk, so none of Dunkin’s pumpkin-flavored drinks can be made vegan.

One of our favorite vegan fall drinks at Dunkin’ is this Chai Latte. The cinnamon, ginger, clove, cardamom, and nutmeg flavors taste just like sweater weather. Choose between hot or iced, request plant-based milk, and enjoy!

Is it still hot where you live? Then you’ll want to order the new Blood Orange Dunkin’ Refresher! The seasonal sip features cranberry and blood orange flavors over ice with green tea or coconut milk. 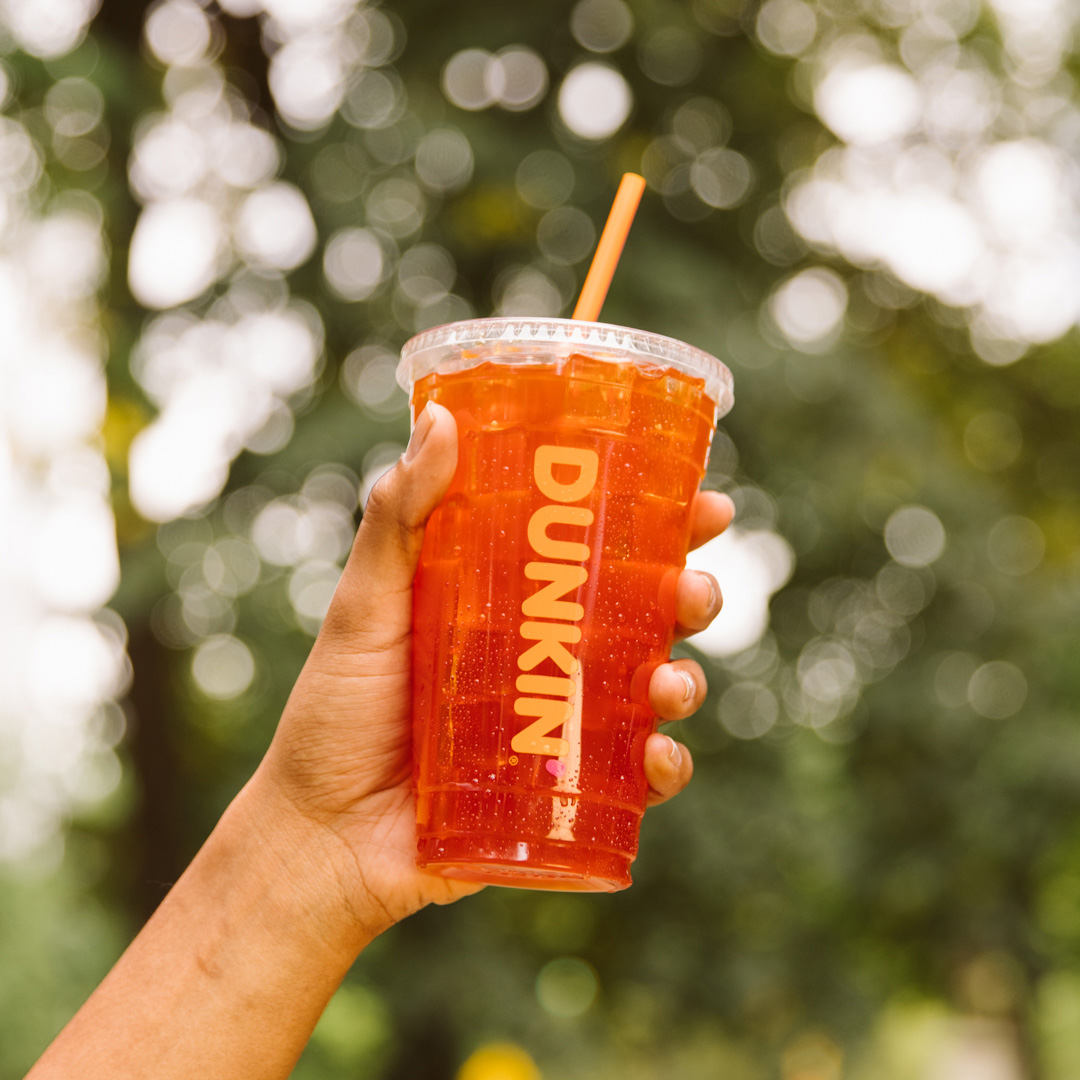 Another item that will soon be a part of our regular morning routine is this hot or iced Oatmilk Latte! The drink is available year-round. Want to give it fall vibes? Then, add a pump or two of caramel, hazelnut, or toasted almond flavor shots.