The Plant-Based Treaty is a global treaty that is aiming to address climate issues by freezing the expansion of animal agriculture.

It doesn’t take much research to come to the conclusion that animal agriculture plays a big role in climate change. Yesterday, then, Los Angeles became one of the largest cities to recognize this with the signing of the Plant-Based Treaty.

California is no stranger to the impact that animal agriculture has on the environment. The state is home to the country’s largest dairy industry. Roughly 1.7 million cows exist on dairy farms in the state. Additionally, the cows are responsible for more than half of California’s methane emissions.

In an effort to begin combating this devastating impact, then, the Los Angeles City Council voted yesterday to support the Plant-Based Treaty (PBT).

“This landmark resolution marks a vital cultural shift as Americans prioritize both combating climate change and improving their health,” said Councilmember Paul Koretz. Koretz also extended an invitation for other cities to follow suit and sign the treaty as well.

This signing has been made just ahead of the annual C40 World Mayors Summit. The summit runs from October 19-21 in Buenos Aires. Los Angeles is the second C40 City to endorse the PBT, as Buenos Aires endorsed it in August of this year. 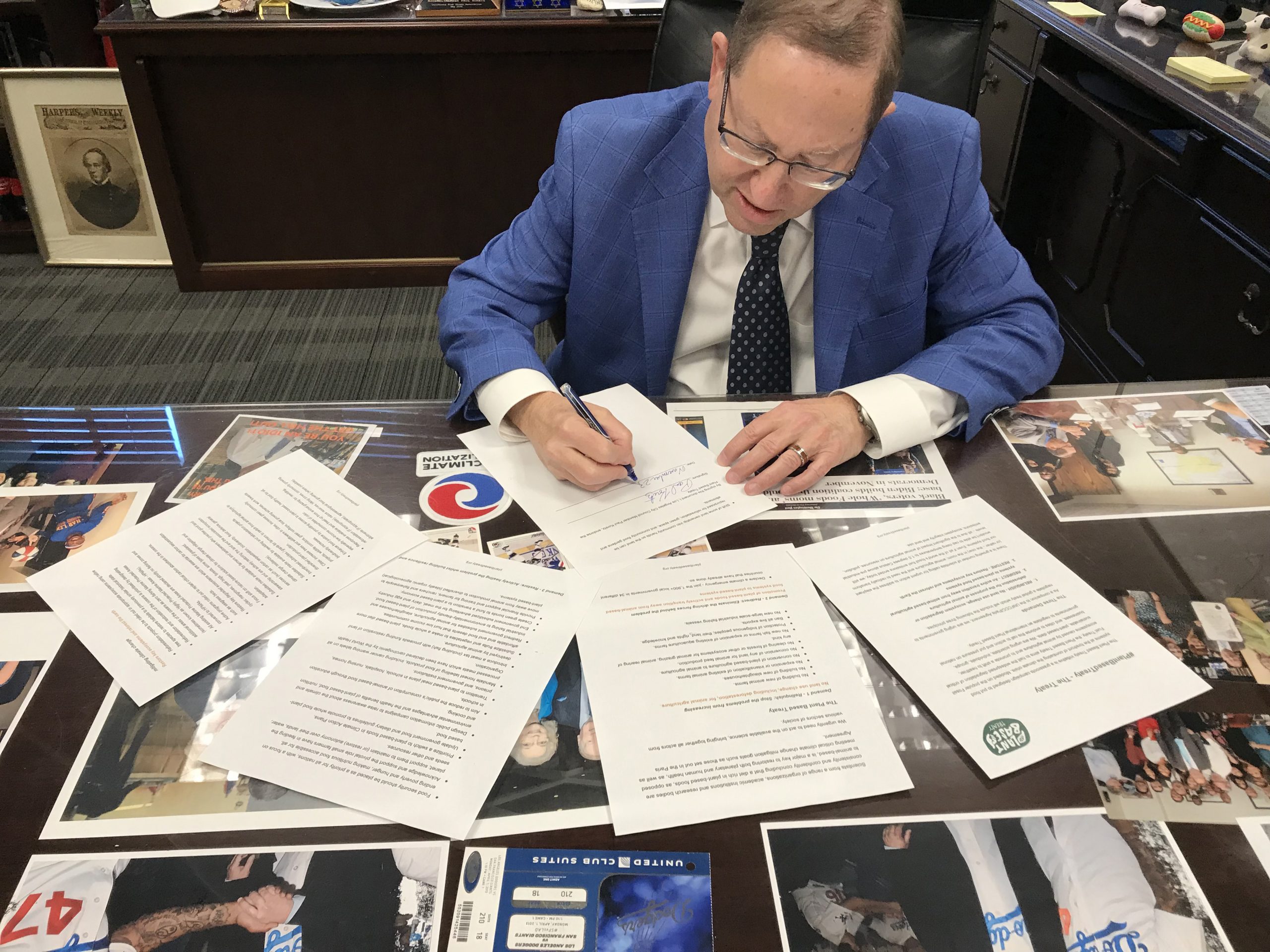 What Is the Plant-Based Treaty?

The Plant-Based Treaty is inspired by other treaties that have addressed threats of ozone layer depletion. Additionally, the initiative has already received support from 20 cities, 59,000 individual endorsers, and 5 Nobel laureates.

But what is the PBT, and what exactly does it aim to achieve? The treaty aims to pressure national governments to negotiate a global treaty addressing the impacts animal agriculture has on our planet. Through its three core principles—Relinquish, Redirect, and Restore—the treaty hopes to encourage five main goals:

For more information, then, about the PBT and what it hopes to accomplish, visit PlantBasedTreaty.org.