The Minneapolis vegan butcher shop gets ready to bring all the flavor!

The Herbivorous Butcher is coming to the Minnesota State Fair! They will be one of the first fully vegan vendors to attend the state’s summer celebration. Known for their droolworthy fried chicken, the brother-sister-owned shop will serve all the vegan comfort classics!

The Herbivorous Butcher Brings Veganism to the Minnesota State Fair

The Herbivorous Butcher gets ready to bring the best vegan grub to the Minnesota State Fair! So prepare to feast on their famous fried chicken and steak tenders over buttery Texas toast topped with sausage gravy and fried onions! “To be part of the state fair is like when a baseball manager finally nods to the underdog kid on the bench to step up and take a swing. State Fair vendors of legend are like the beating heart of our short-lived Minnesota summers, and to have the opportunity to write our name in that story is an honor,” co-founder Kale Walch said.

Food is an integral part of any state fair. But usually, vegans settle for a bland cup of corn or a plain bag of chips. The Herbivorous Butcher ensures Minnesota vegans won’t miss out on delicious summer fair foods!

Co-founders and siblings Aubry and Kale Walch introduced their vegan butcher shop in January 2016, when they transformed the vegan scene in Minneapolis, Minnesota. They feature a vast range of vegan deli must-tries, including artisanal cheeses, ready-to-eat sandwiches, and delectable sweet treats. Their dishes are so packed with flavor that Guy Fieri and crew showcased them on Diners, Drive-Ins, and Dives! 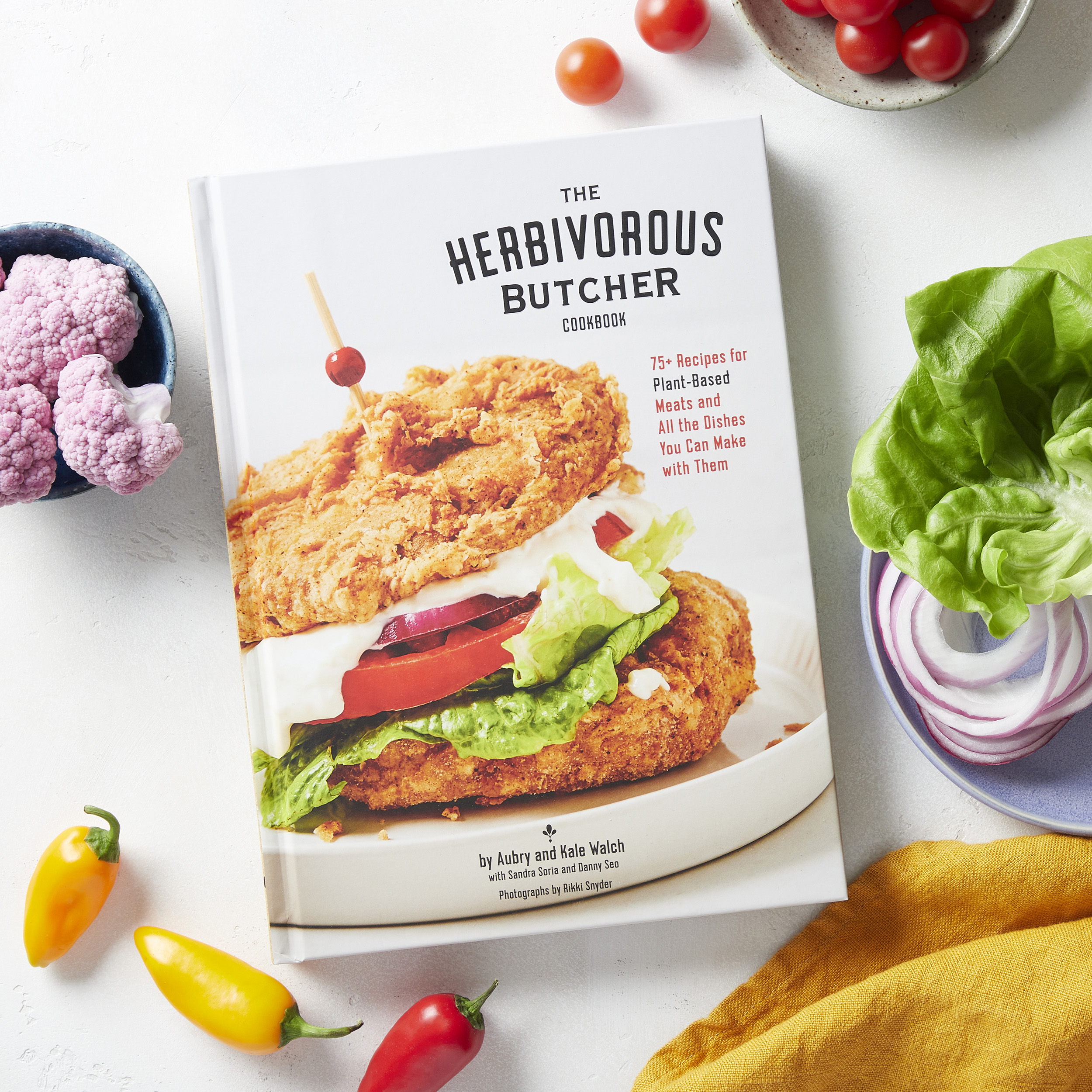 This innovative vegan butcher also just announced the launch of their first cookbook! This new release will offer over 75 plant-based recipes, from meat-free meats to snacks to sandwiches. “I hope readers can begin this journey like I did, making new vegan meats, the likes of which I could never imagine.” Kale Walch said.

Get your hands on The Herbivorous Cookbook this August, and don’t forget to catch them at the Minnesota State Fair from August 25-September 5!