Where to Find Vegan Bánh Mì Sandwiches in Los Angeles

While we love PB&Js, vegan deli sandwiches, and plant-based meatball subs, sometimes we desire a handheld with more of a kick!

Classic Vietnamese bánh mì are made with meat, such as pork or ham, and with mayonnaise—which isn’t traditionally vegan. Thankfully, with modern-day culinary advancements, there are several places that offer vegan versions of the spicy sando! Here’s where to find vegan bánh mì sandwiches in Los Angeles.

Thiên Đăng Vegetarian is your ultimate stop for mind-blowing vegan Vietnamese food! Their bánh mì selection is one of the best in LA. From plant-based tuna, teriyaki chicken, and beef to fermented pork, meatloaf, and meatballs, there’s an option for every flavor and texture preference. Our suggestion? Order some vegan Thai tea to wash it all down! 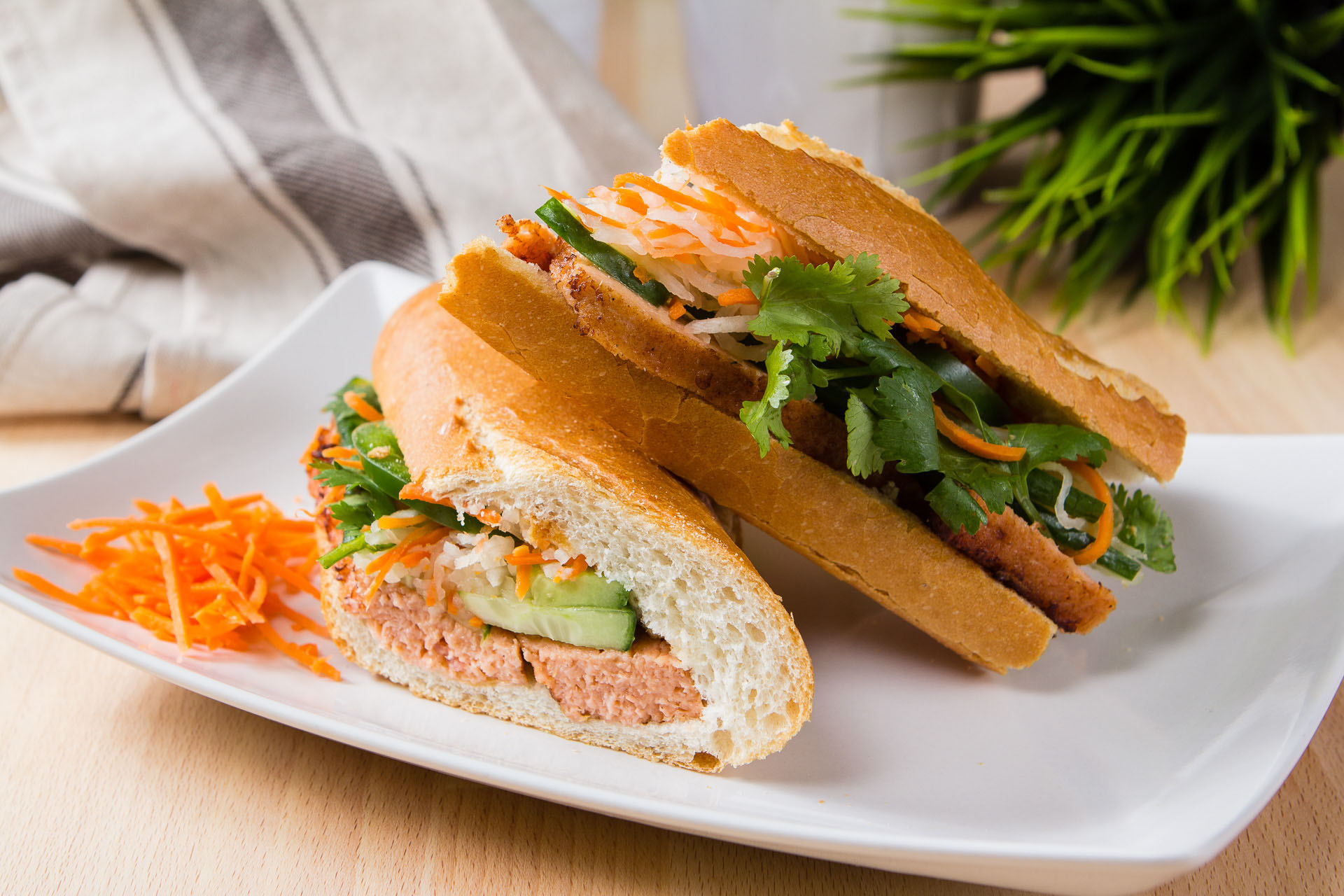 If you can’t already tell by its name, there’s no shortage of vegan bánh mì at this pop-up. Their classic Vietnamese sando comes with Vegenaise, walnut pate, cucumber, jalapeno, cilantro, pickled carrots, daikon, and soy sauce with your choice of jackfruit chicken, BBQ mushroom, porkless ham, or a cannellini bean-based protein. Other dishes to try from Vegan Bánh Mì Thảo include bánh cuốn, vermicelli, and egg rolls. 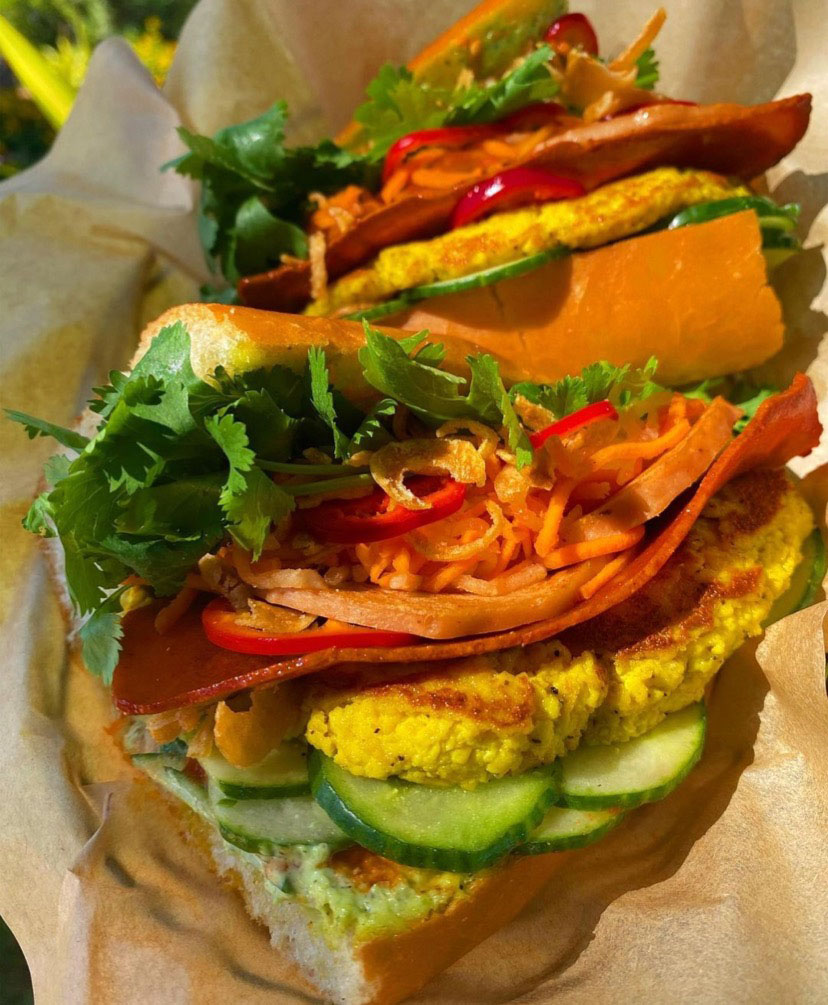 For a unique spin on a classic bánh mì, try Saigon Vegan! Their vegan ham & cheese bánh mì features vegan ham, grilled onions, melted vegan cheddar, and parmesan cheese on ciabatta bread. The Philly version is a hybrid between a vegan Philly cheesesteak and bánh mì. It comes with Impossible beef, grilled onions, and melted vegan provolone and mozzarella cheese on ciabatta bread. Be sure to scan the menu for other drool-worthy vegan Vietnamese bites to try. 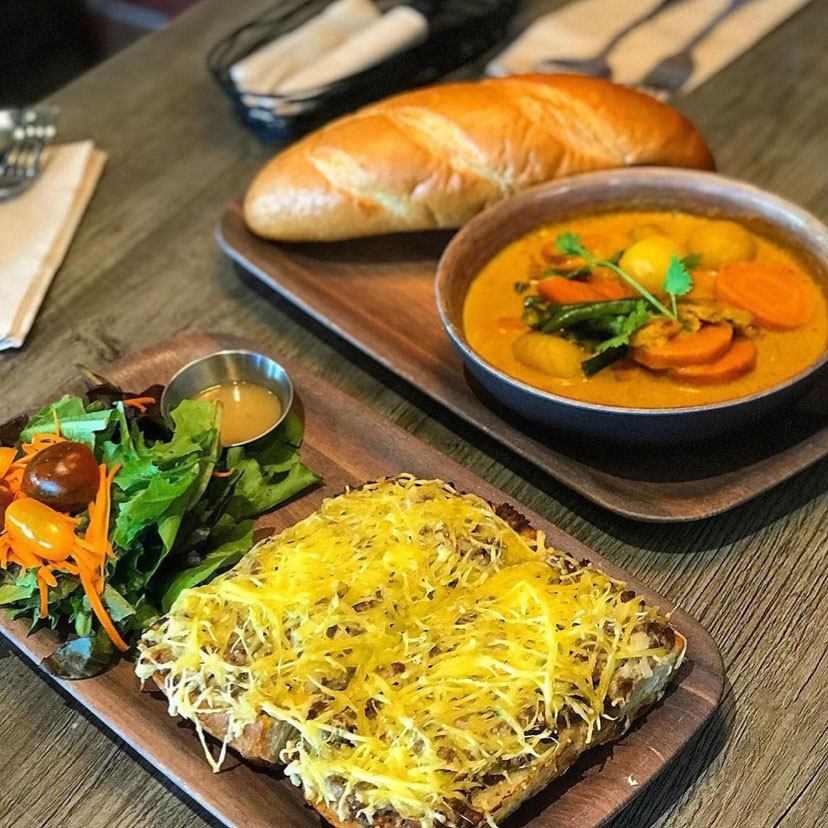 From pasta and pizza to burgers, tacos, and bánh mì sandwiches, this high-end vegan eatery has a wide variety of dishes to choose from. The vegan bánh mì at Margo’s is composed of soy-glazed jackfruit, mushroom pate, pickled carrots and peppers, cilantro, and cucumber on a toasted baguette. It’s one of our favorite items to order here! 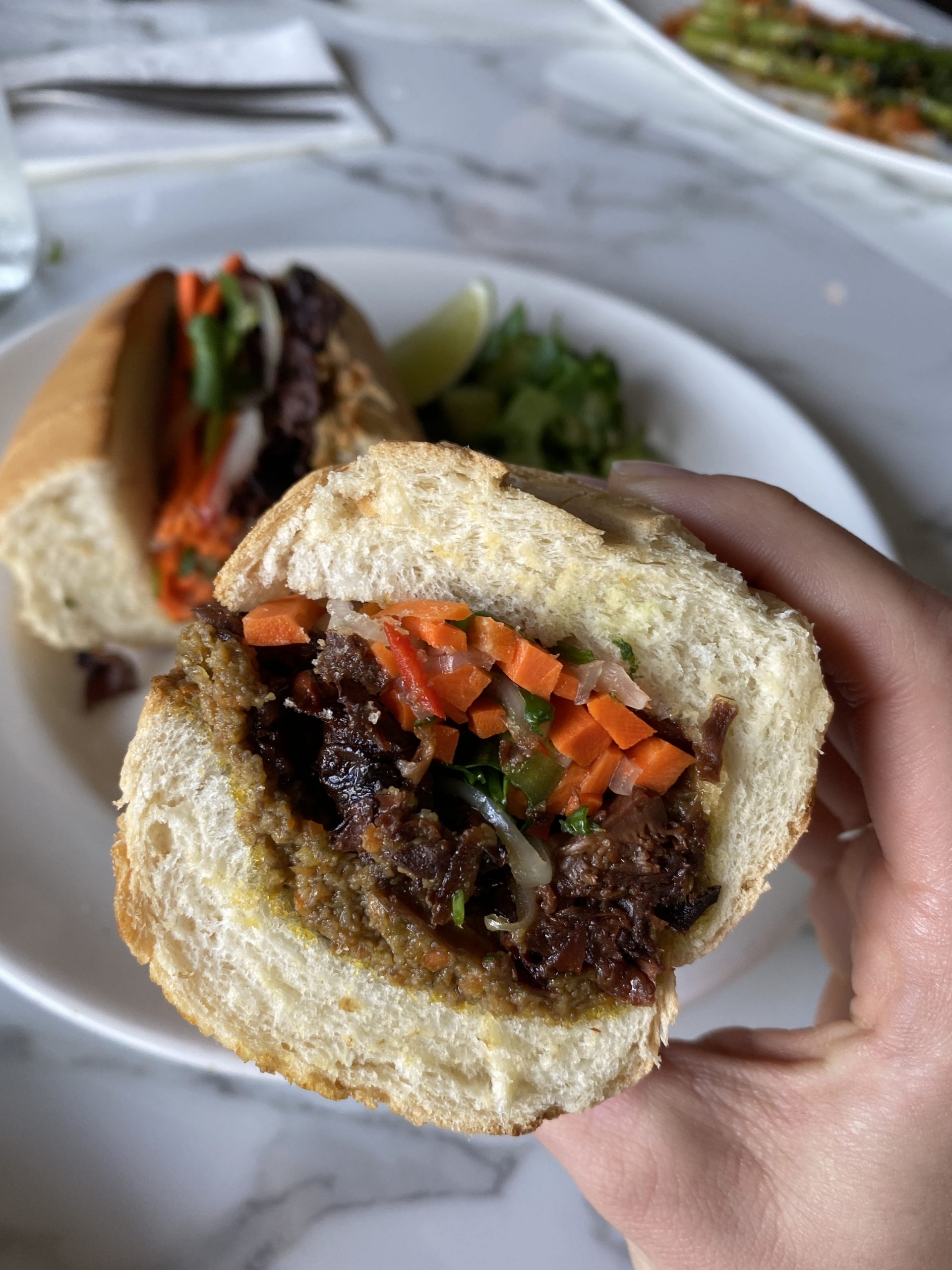 This modern Vietnamese restaurant takes the term “vegan-friendly” to the next level! Their bánh mì can be made vegan when ordered with crispy tofu or Impossible meat. Other great vegan dishes to try include the Impossible “egg” rolls with vegan fish sauce, spring rolls, tofu bites, and vermicelli noodles. 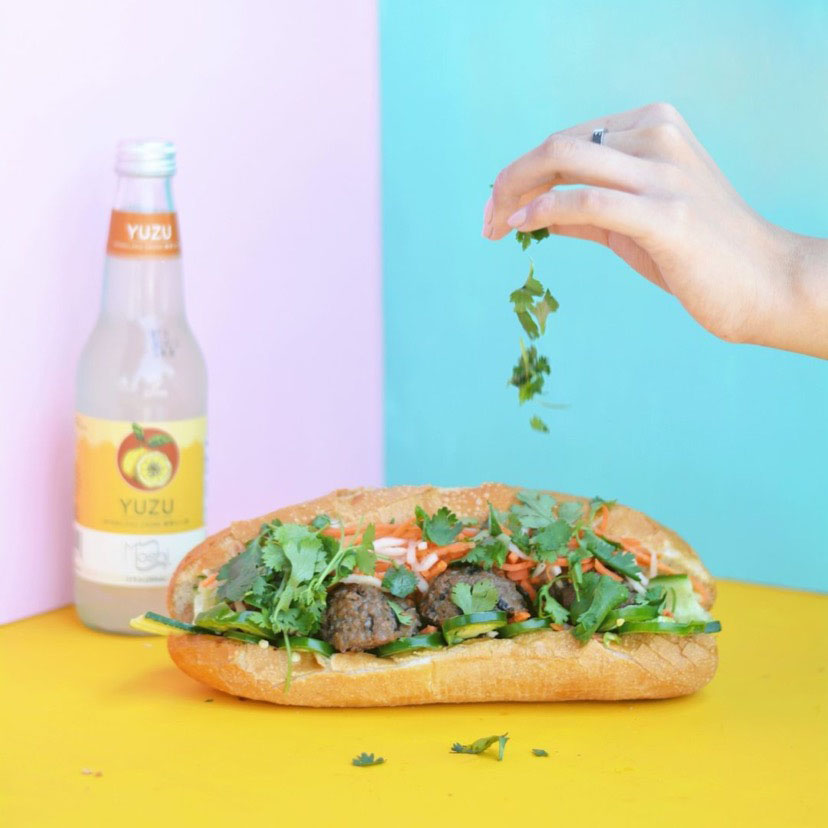 For an affordable and authentic bánh mì experience, pay a visit to Bánh Mì Chè Cali! Their veggie ham bánh mì features a 100% vegan ham alternative and all of the classic toppings. It shouldn’t come with any mayo, but clarify when you order that you are vegan and would like to avoid mayo on your sandwich. Whether you prefer a French roll or baguette, each huge sandwich is just $4.75 a pop! If you’re buying in multiples, Bánh Mì Chè Cali offers a buy two get one free deal.

Calling all bread connoisseurs! Stop by Saigon’s Bakery & Sandwiches for their veggie bánh mì on one of the best baguettes in Los Angeles. The vegan sandwich features glass noodles, tofu, and veggies. It shouldn’t come with mayo, but we always suggest double-checking with an employee when ordering. 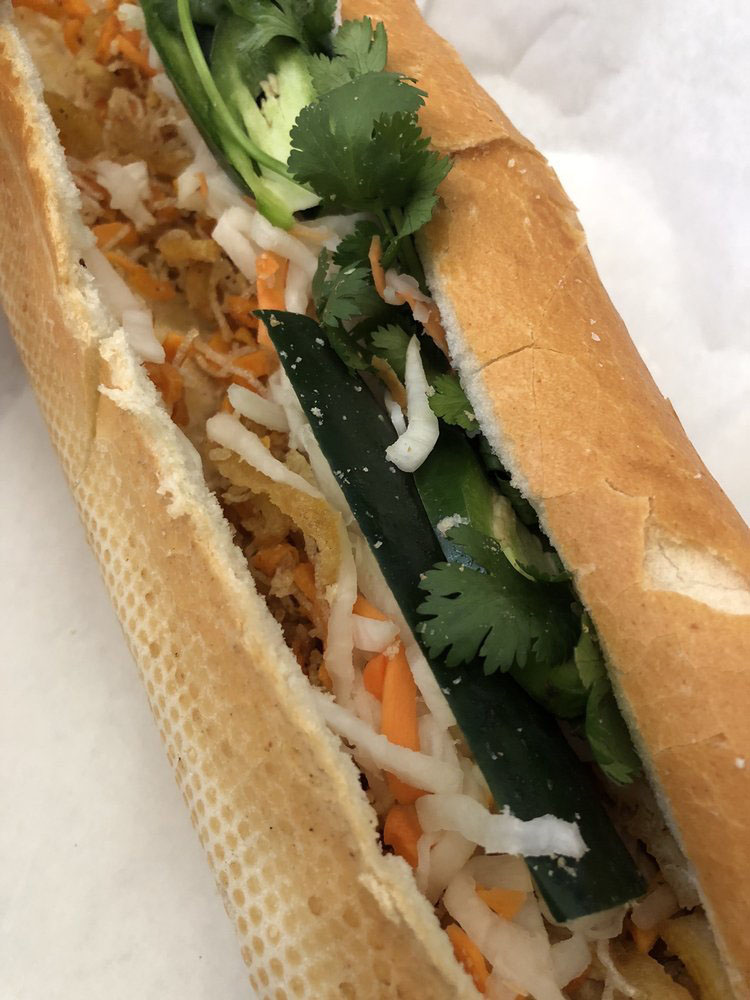 This popular LA lunch destination makes a bánh mì that’s hearty, spicy, and delicious! Decked out in organic marinated, baked tofu with vegan aioli, sweet chili sauce, house-made pickled daikon and carrots, cucumbers, jalapenos, and cilantro on panini-pressed ciabatta bread, it’s no surprise this sando is one of the most popular menu items at Mendocino Farms. 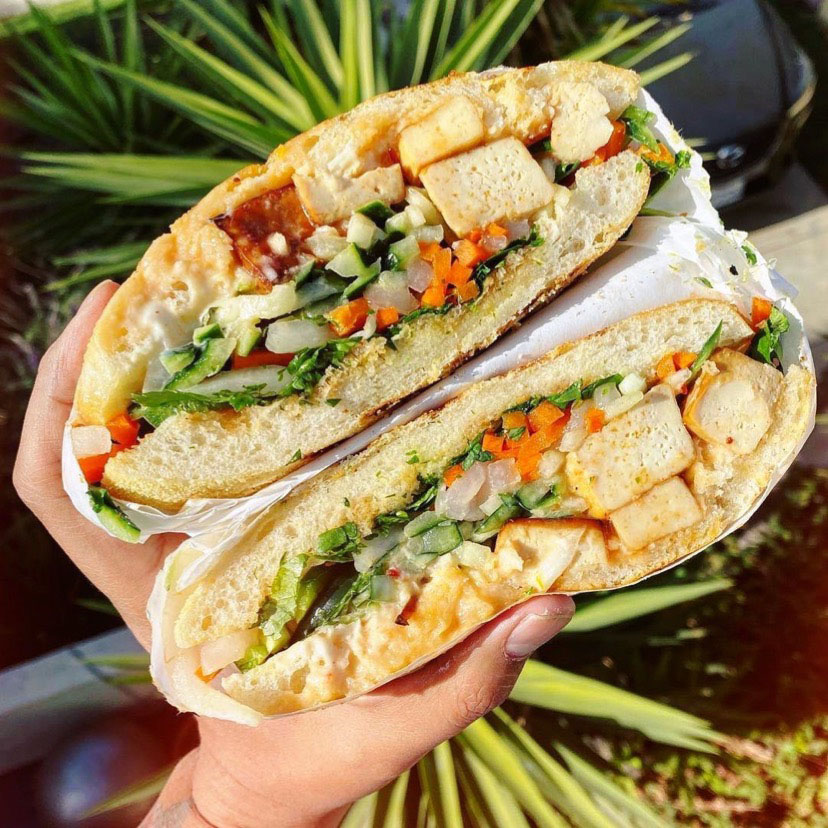