Popular vegan hot spots in the Northeast include New York City, Philadelphia, and Boston. But what if we told you there was a must-try vegan restaurant in New Haven, Connecticut? Black-owned Caribbean Style Vegan is making waves in the Connecticut food scene. From jerk tofu to sweet plantains, these nutritious family recipes hit the spot!

Husband and wife owners Quelen Wright and Elisha Hazel are both longtime vegans. Wright went vegan 25 years ago in honor of the Rastafarian culture. He’s become known for veganizing traditional family recipes and is quite the skilled chef. Hazel transitioned to a vegan diet 14 years ago to improve her health. She then received a master’s degree in human nutrition. Because of her schooling, Hazel gained more knowledge about the benefits of plant-based foods. This inspired her to become a clinical nutritionist.

Wright and Hazel struggled with the lack of vegan options in their city of New Haven. “There were only a couple of places we were able to go out and eat if we did not feel like cooking at home or wanted to try something new. Or we had to go to a non-vegan establishment with limited options of soup or salad. We would have to travel to NYC for a taste of vegan food, especially that reflected our culture,” the couple shared.

One day, Wright and Hazel invited over friends and family for a home-cooked meal. Everyone raved about the food and encouraged the duo to open a restaurant. And what better place to start than in their own backyard? So, in 2017, Caribbean Style Vegan opened in New Haven, Connecticut.

Caribbean Style Vegan is a vegan Caribbean restaurant with a nutritious twist. Wright and Hazel draw inspiration for the menu from traditional family recipes. But the only difference? These meals are vegan, organic, and non-GMO. And they’re made from locally sourced ingredients when possible.

Wright and Hazel told VegOut, “It wasn’t difficult to veganize our traditional recipes because many of our traditional recipes are already vegan or very close to it. A common side dish of rice and peas is already vegan when cooked without butter. For the mains, we simply replace the meat with a vegan protein like tofu, TVP, or beans. Or instead of curry chicken, we make curry chickpeas, which is common in the Caribbean community—especially for those who consume an ‘Ital’ diet. The seasonings and flavors remained the same so it was easy to replicate the same taste without cooking animals.”

The Jerk Tofu is Caribbean Style Vegan’s most popular dish. Other heavy hitters include curry potatoes, mac ‘n’ cheese, fried plantains, and vegetable patties. The best way to try multiple items is by ordering a combo platter. For instance, the medium combo plate comes with five items for just $12.99. And if you want to finish your meal with something sweet, Caribbean Style Vegan serves smoothies and carrot cake. 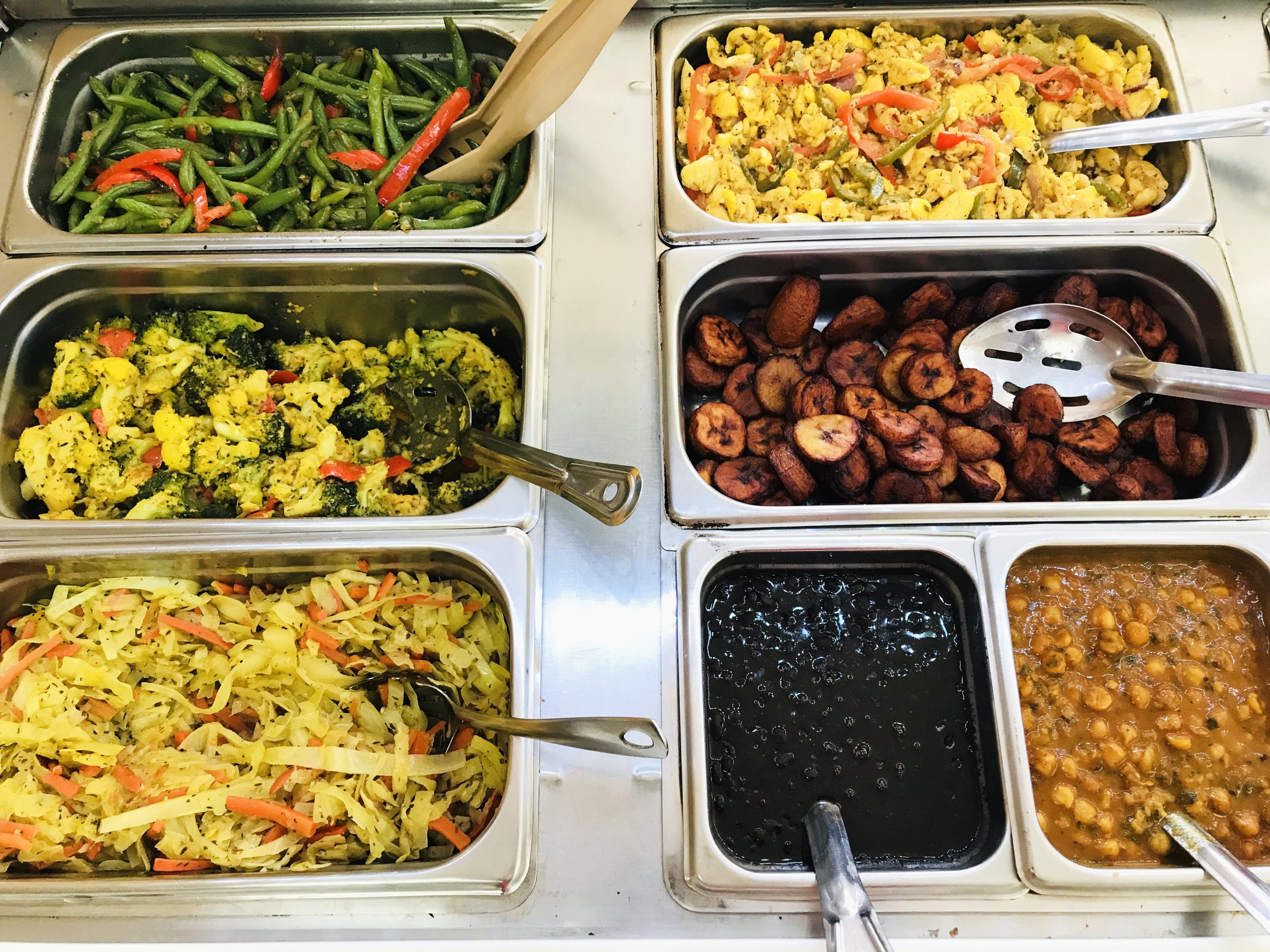 Not everyone in the US is able to order cheap, nutrient-dense vegan food at a restaurant. So that’s why we love Caribbean Style Vegan’s style! They’re making healthy vegan food accessible.

“We believe there is a relationship between food and health, both physical and spiritual. We want to provide food that can be eaten on a daily basis. To encourage people to eat healthy and discover what that could look and taste like. Our menu reflects the meals we grew up eating and the way our family eats now. And we want to offer that to our community. We want to provide access to delicious healthy real wholesome food for the culture,” stated Wright and Hazel.

They add, “As a Black-owned business, the major hurdle we faced was getting our business up and running. It’s unfortunately well known that most banks do not lend to Black businesses, and we definitely had difficulty building capital to get our business started. However, with determination and positive thinking, we made it happen nonetheless.”