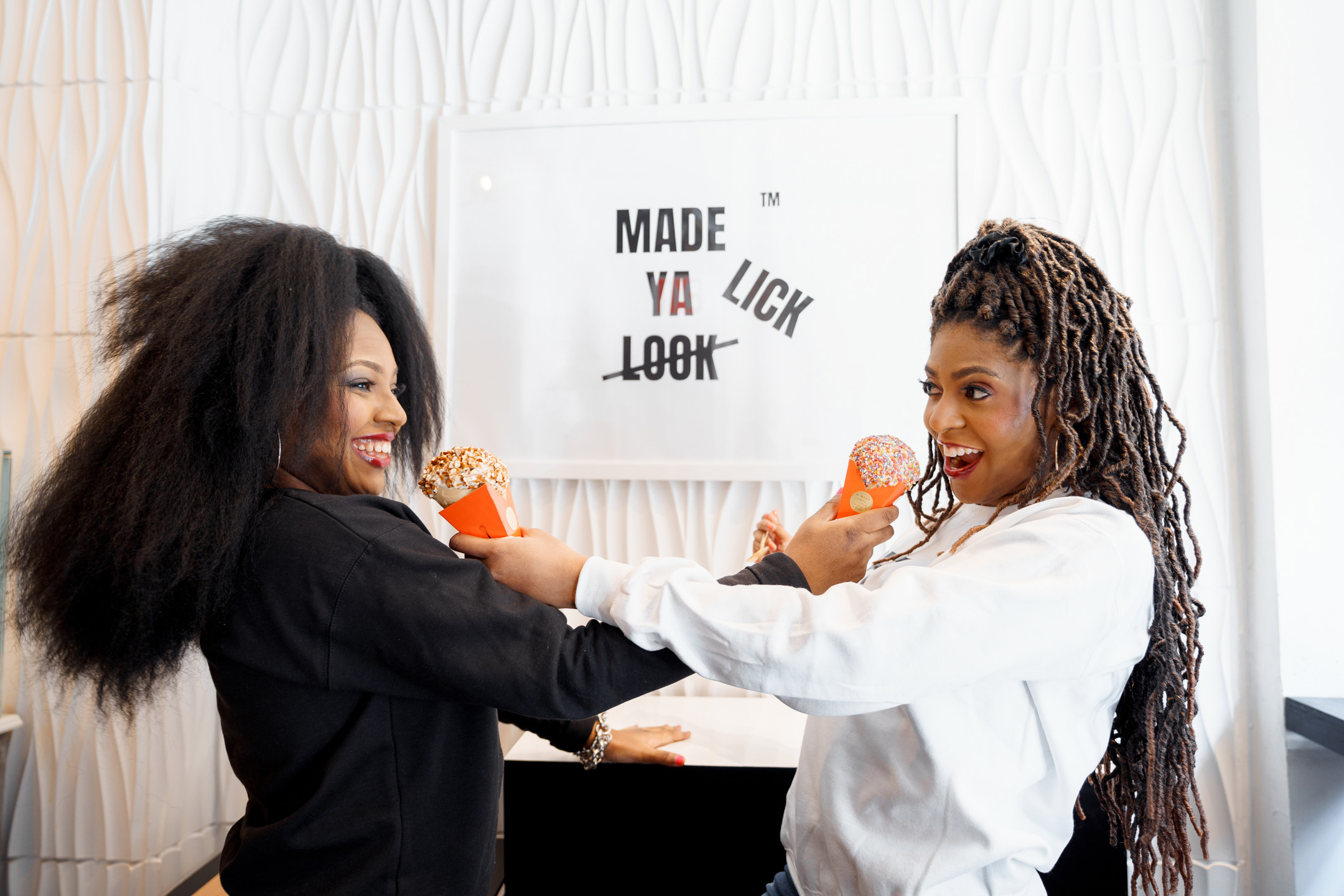 “We always knew we would create something special together, whether it was going to be a business or other creative venture,” shared sisters Zan B.R. and Courtney Blagrove. But when the duo realized the prevalence of lactose intolerance in the African American community and the lack of authentic-tasting sustainable vegan ice cream, they knew what their collaboration would be—an allergen-free ice cream shop! After testing many recipes, Zan and Courtney landed on an oat milk ice cream that checked all of the boxes—and in 2019, they opened Whipped Urban Dessert Lab.

“Many dairy alternatives rely on nut milks, which cannot be consumed by those with nut allergies, or coconut milk, which has an overpowering flavor. By using oats, we created a smooth, creamy, indulgent experience without any dairy, nuts, or tree nuts that even dairy lovers cannot resist. Compared to other plant-based milks, oats also are a sustainable, low-input crop that have less of a carbon footprint. In addition, we are improving accessibility for those with food allergies and the increasing number of individuals interested in plant-based foods,” stated Courtney and Zan.

Whipped Urban Dessert Lab’s menu features three signature oat milk ice cream bases—Sweet Creme with a touch of vanilla, Chocolate, and the Whipped Twist, which is a combination of the two. From there, customers get to deck out their ice cream with a natural sauce and crumb coat of their choice. In addition to this build-your-own way of ordering, there are Hand-Selected Fusions, great for those who prefer guidance in creating their dessert.

Courtney and Zan told VegOut that the flavors on the menu “are inspired by nostalgia and our experiences. For example, we were raised in a single-parent household and even though money was very tight, our mom sacrificed to make sure we were enrolled in academic programs and competitions that exposed us to travel. We remember staying at a particular hotel where they would place a chocolate mint on the bed pillows. We loved those mints as kids, and [the experience] inspired our Mint Chocolate Cookie Flavor.”

Whipped Urban Dessert Lab has undergone several expansions over the past few years. The business began as a pop-up in New York in 2019. About a year later, it transitioned to a brick-and-mortar location, with another on the way in Los Angeles, California! Due to the increased popularity of their products and brand, the Whipped Urban Dessert Lab team released Oaté, a line of hard scoop ice cream pints available for nationwide shipping through Goldbelly. Customers can also order Truffles and Tartès online. 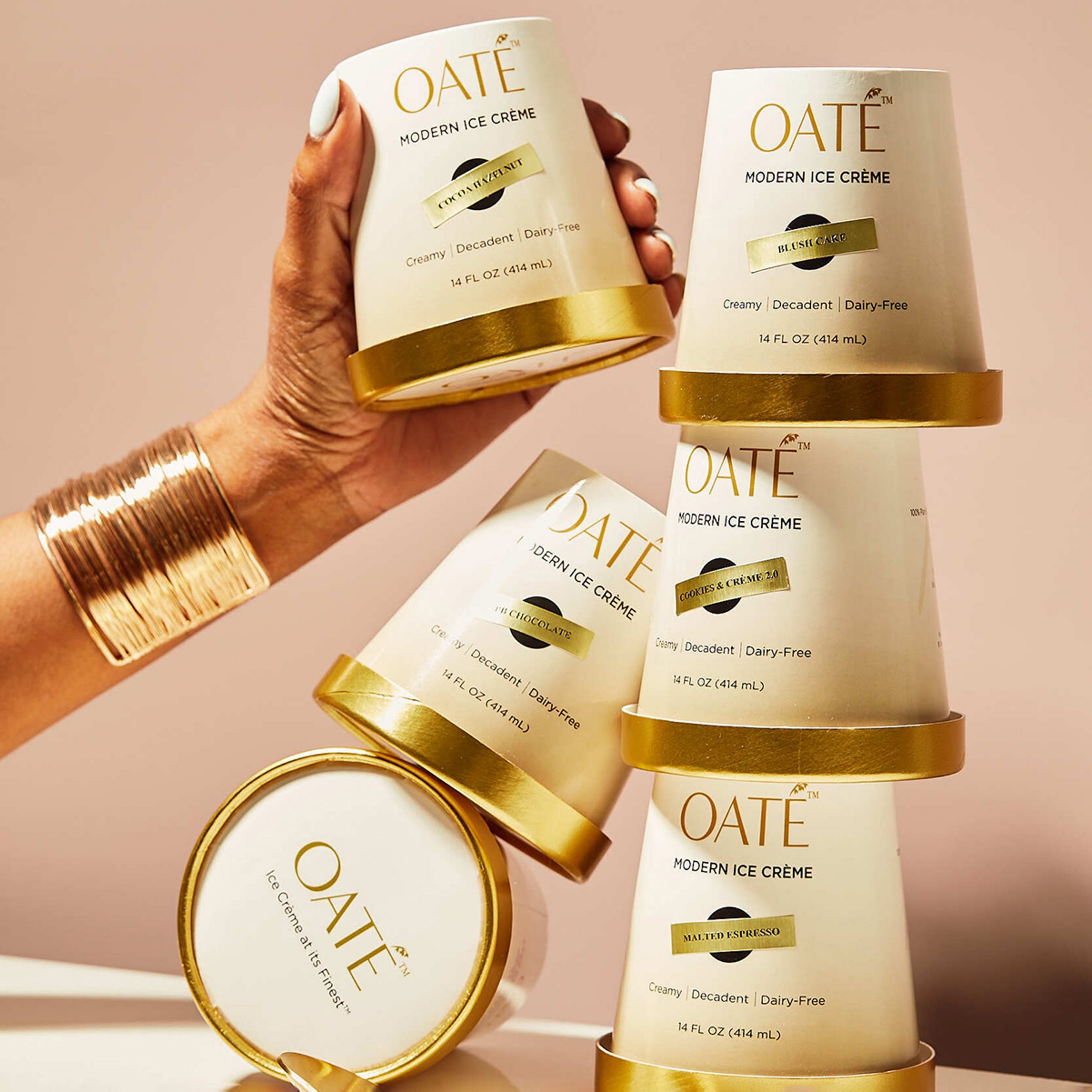 On top of their food ventures, Courtney and Zan launched a merch line showcasing designs that embrace food, culture, and elevated experiences—like their UrbanLuxe Sweatshirt. When asked what it’s like to work with each other as sisters and business partners, Courtney and Zan said, “A blessing! We were already extremely close before we started the business. But starting and running a business, especially through a pandemic, has made us even tighter. Despite the obstacles of inequality and inequity we face as Black women business owners, achieving success with someone you know that always has your back is a feeling like no other.” 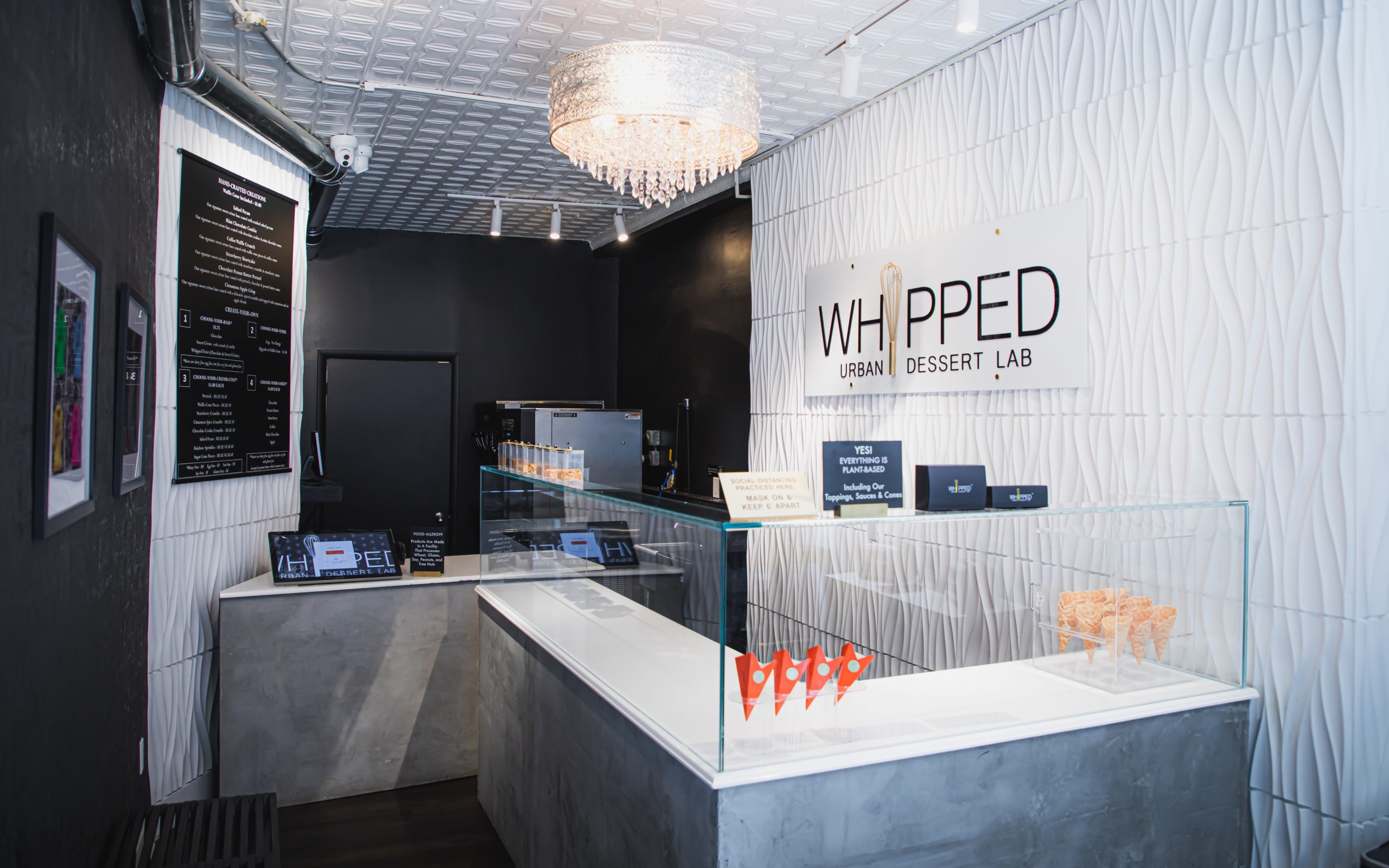 To show support for Black women-owned businesses beyond making purchases, Courtney and Zan suggest seeking education on the disparities Black women face and the importance of highlighting Black-owned businesses. Things like obtaining loans, securing funding, and lowering interest rates are more difficult for Black entrepreneurs. “Having this knowledge and sharing this knowledge with others will help create a more level playing field for all,” expressed the duo. “Even though we have experience in operating in a new market, securing capital as a Black female-owned business has been an arduous task. We would love for supporters to donate to our campaign and also support other Black-owned businesses that are crowdfunding.”