Great news, Los Angeles fam—Vegan Playground weekly night market launches in LA’s South Bay October 4! Vegan Playground has been producing events in Los Angeles, Orange County, San Diego, and Oakland since 2018 and was founded by Diana Colmenar, who also happens to be the co-founder of the vegan dog treat brand Sooper Treats. With the expansion to the South Bay, Vegan Playground will continue to feature a variety of Southern California’s best vegan food, drink, and goods vendors, including local brews, vegan baked goods, and plant-based sushi, as well as music, games, and more!

“Vegan Playground would like to provide a consistent, weekly gathering place for the community to come together,” Colmenar told VegOut. “I hope to make everyone feel a sense of connectivity [as well as] lightness and positivity that may have been lacking recently. I think that there is no better way to do that than over good food and good music, with good people!” 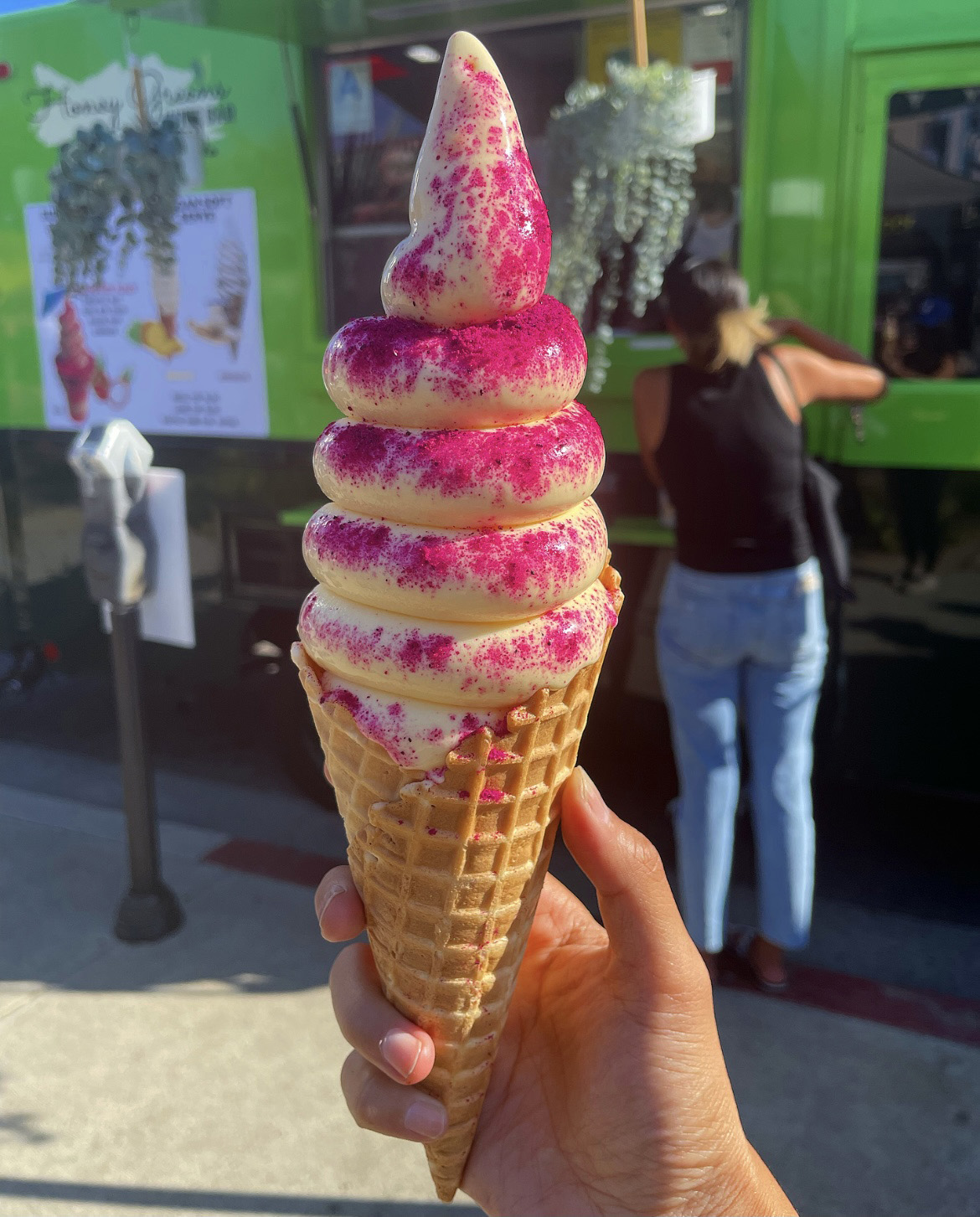 A Celebration of All Things Vegan in LA’s South Bay

Vegan Playground LA South Bay is a celebration of all things vegan and aims to unite foodies, music lovers, and those who like to have a good time. Admission is free and the event will take place at Los Angeles Ale Works every Monday night from 4-10pm beginning October 4. Attendees can expect vegan menu items such as Korean corn dogs from All Vegan Franks, crispy chicken sandwiches from Veggie Fam, Mexican delights from Cena Vegan, loaded fries from Vegan AF Food truck, tasty vegan shrimp from Srey Vegan, colorful sushi rolls from The Plant Lab, and tastefully decorated donuts from Devi’s Donuts, to name a few.

“I also want to celebrate local small businesses and uplift fellow entrepreneurs with opportunities to grow, feel supported, and level up!” Colmenar adds. “I hope to do my part in making vegan food more accessible and to provide a unique and special experience for the community to enjoy week after week.” 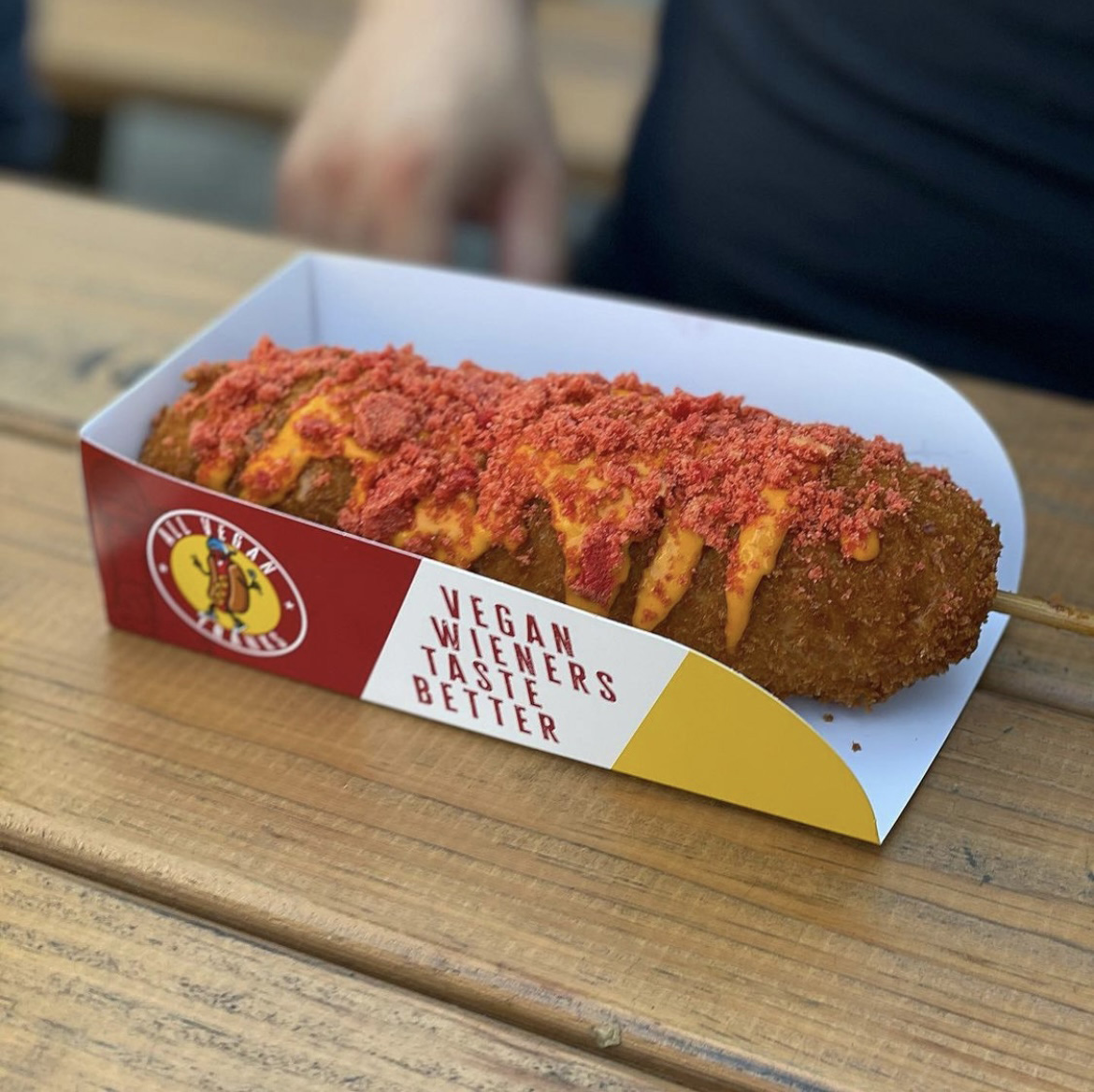 In addition to the LA South Bay night market, Vegan Playground LA Arts District will continue to take place on Wednesdays from 5-9pm at LA’s Boomtown Brewery. Like LA South Bay, the event features a wide range of local food and goods vendors, such as Compton Vegan, Nova Boba, Srey Vegan, Made Design Jewelry, Drippin Wangz, and many more!

For more information on the weekly night markets and to register for the event, please visit veganplayground.com.

The cheese brand has reformulated some of their classic cheese blocks just in time for this epic holiday!

The dairy industry is quaking at Silk’s new product line!

For those times when you’re craving a good mixed drink without the alcohol!

This Loaded Taco Salad is a fresh take on a Tex-Mex classic. Made with Hodo Adobo Mexican Crumbles, pickled red onions, and a cilantro-lime vinaigrette, even your non-vegan friends will love this dish.