The Beyond The Original Orange Chicken will be available at all 2,300+ Panda Express locations nationwide.

This is not a drill! Panda Express is officially bringing back the Beyond The Original Orange Chicken. And this time, it’s at all locations!

Panda Express first launched a trial run of a veganized version of its famed Orange Chicken back in 2021. The vegan version was wok-tossed in Panda’s signature sweet and spicy orange sauce. And it packed the same crunchy texture that customers know and love from the original version.

The vegan orange chicken was made in partnership with Beyond Meat. And the demand for the product was unprecedented. Several locations in the test markets of Southern California and New York City sold out in less than two weeks. And on the first day of the launch alone, the brand sold more than 1,300 pounds of the vegan orange chicken!

After the success of the original launch, the brand brought the Beyond The Original Orange Chicken back for another trial run. The second launch was available in 70 stores across 10 states and yielded similar results.

But this time, the Beyond The Original Orange Chicken will be available at all of the brand’s 2,300+ stores across the country for a limited time. While the vegan orange chicken is not yet available as a permanent fixture on the menu, the national release is a good indicator that the vegan options don’t end here! 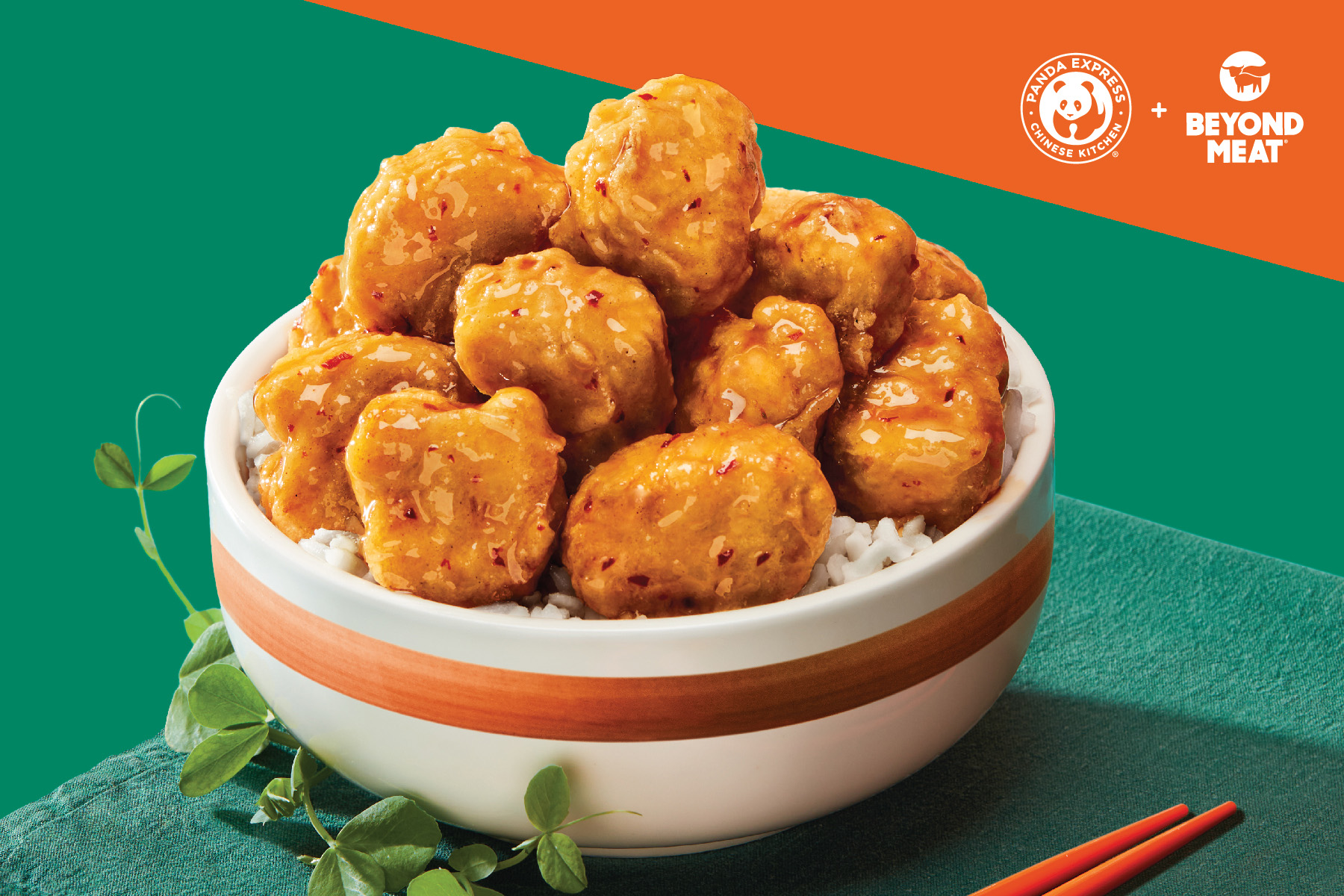 To celebrate the national launch of the new vegan orange chicken, Panda Express is offering a BOGO deal to customers. Beginning September 26, customers who purchase a Beyond The Original Orange Chicken bowl will receive another free bowl of their choice. This deal is available for online and Panda Express app purchases only. Use the code “BEYOND” to purchase.

For more information about the launch of the Beyond The Original Orange Chicken, visit PandaExpress.com.