Forever Pie is now open on Melrose Avenue, with another location in Echo Park coming soon.

Vegan Pizza by the Slice in LA

If you’ve been plugged into the LA vegan food scene at all in the last decade, chances are you’ve heard of Nic Adler. The vegan entrepreneur and foodie has played a part in several Los Angeles-based restaurant openings and festivals.

Adler’s newest project is Forever Pie, a fully vegan pizza joint that just opened on Melrose Avenue. The interior of the pizza shop is inspired by 90s hip-hop and the culture of late-night pizza joints in LA. The shop features vegan pizza by the slice and pie, pastas, salads, and appetizers like vegan wings, garlic knots, and mozzarella sticks.

The vegan pizza menu is extensive, featuring classic pies and unique combinations. All the Forever Pie pizzas are made with hand-stretched dough and are available in 14” and 18”. An early favorite has been the Killa Bees pie, which comes with vegan pepperoni, Calabrian chiles, marinara, garlic, and vegan honee. Other popular pizzas include the Buffalo Chick’n Ranch, Meat Haters, and the McLovin. BYO pizzas are also available. 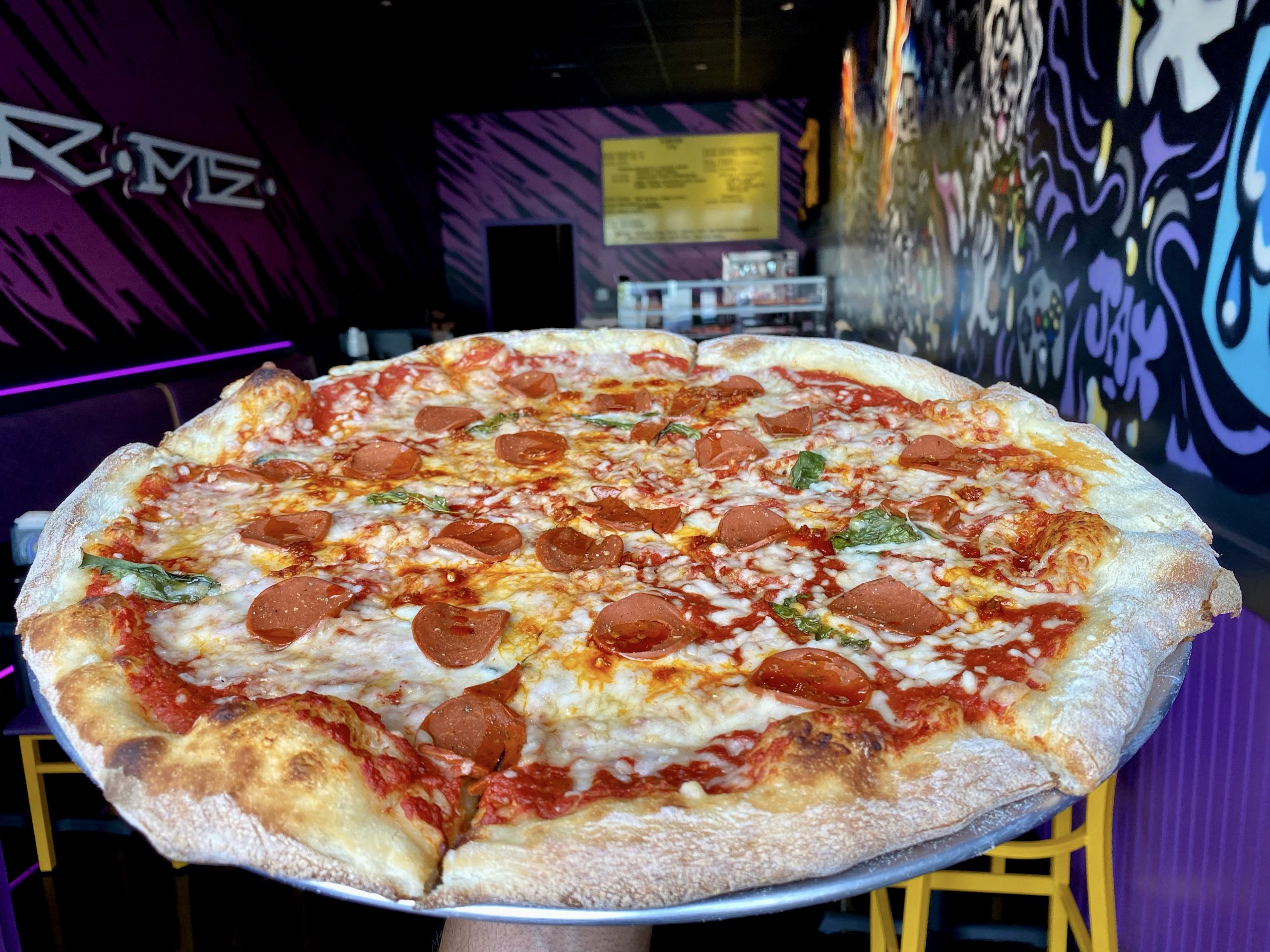 Forever Pie is located at 8010 Melrose Avenue, Los Angeles, CA 90046. The shop is open from 12pm-12am daily, with the option to dine in or order takeout or delivery through Postmates. Forever Pie is set to open a second location in Echo Park next year.

Aside from Forever Pie, Los Angeles is home to several other vegan pizza joints, with more popping up every year. Cruzer Pizza is the OG fully vegan pizza joint in the city, while Purgatory Pizza and Pizzanista! have offered solid vegan options for years.

Earlier this year, all-vegan Hot Tongue Pizza opened in Silver Lake and has quickly become a local favorite. But there are plenty of places to get vegan pizza besides pizza shops. If you’re looking for the best, check out our guide to the best vegan pizza in LA.