The Team Behind Little Pine in Los Angeles

Belse Plant Cuisine opened its first location last February in Dallas. Because it’s owned by the same team behind Little Pine in Los Angeles, it’s no secret Belse was an immediate hit! After receiving rave reviews on its lineup of inspiring vegan dishes and drinks in Texas, Belse expanded to the East Coast.

Positioned in New York City’s Bowery neighborhood, Belse’s newest location is a stunner! The newly renovated 11,000-square-foot restaurant is modern, welcoming, and Instagrammable to boot. It includes three sections—a restaurant, bar, and Garden Room. From work lunches and date nights to extravagant parties, Belse is a great destination for any occasion. Keep an eye out for beautiful paintings by Ben Weiner! The upscale vegan food at Belse Plant Cuisine in NYC includes lunch, dinner, late-night eats, and weekend brunch. Crafted by executive chef Anthony Spino, these menus are worth making your way through. Customers can expect to indulge in vegan steak, artisan pizza, fresh-made pasta, and vegetable-forward dishes. There are also a few iconic menu items from Little Pine and Belse’s Dallas location like the Apple Sandwich and Sausage Fennel Flatbread. Another element that sets Belse apart is its beverage program. Belse isn’t your average restaurant, because it’s also a vegan brewery and bar! The team makes craft beers daily in Belse’s 3-vessel German brew house—the only of its kind in Manhattan. The opening drafts include a pale lager, hefeweizen, and blackberry ale. Brewmaster Ryan Gillette plans to rotate the beer lineup frequently.

Gillette told VegOut, “I’m so excited to share Belse restaurant and brewery with everyone. It will be one of the most unique experiences in Manhattan. Having 100% vegan food and craft beer on-site affords guests a truly crafted experience. Get ready for some of the freshest beer in Manhattan!”

In addition to its in-house beers, Belse Plant Cuisine offers an epic selection of vegan wines, cocktails, and non-alcoholic drinks. Belse owns a vegan winery in Healdsburg, California, so the NYC location pours its signature wines. 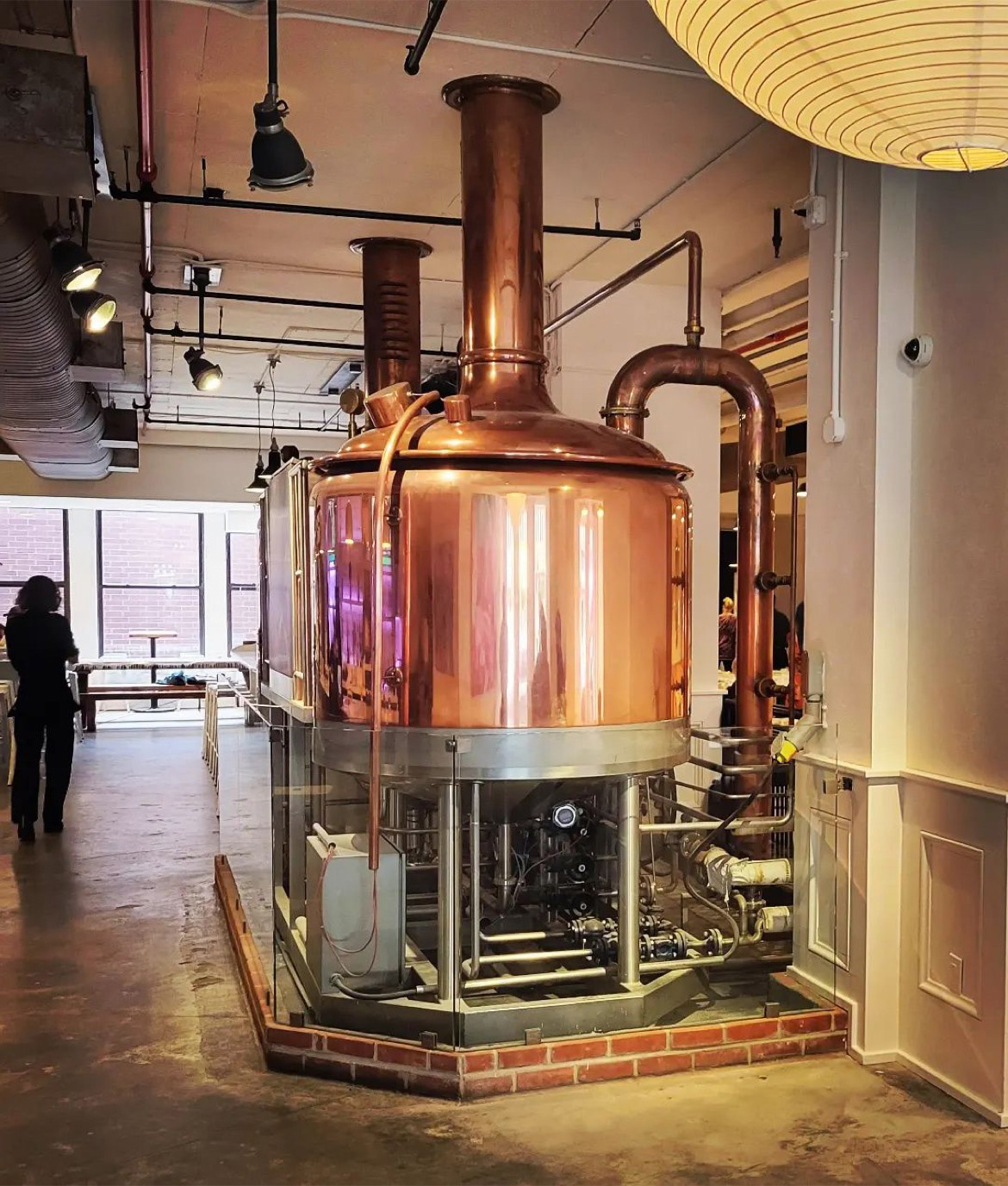 Belse Plant Cuisine opens in NYC today at 265 Bowery, New York, NY 10002. The restaurant operates daily until 1am, so it’s the perfect destination for late-night vegan eats in NYC!

“Our restaurant and brewery is unlike anything else in the world. It’s a state-of-the-art brewery with elevated plant-based cuisine in the heart of the largest population center in the country and the greatest city in the world. The menu is region agnostic, as we all just want incredible food, made from the best ingredients, in a beautiful setting, where we feel comfortable and want to stay a while. That’s Belse,” shared executive chef Anthony Spino.