Try These Limited-Edition Vegan Items in LA This Veganuary

Most of them are discounted, too!

There are so many reasons we love January. For one, it’s the start of a new year which motivates people to set positive intentions, break old habits, and try new things! It’s also Veganuary, a 31-day pledge coordinated by the titular nonprofit organization to encourage people to try a vegan diet for the month of January and beyond. To support the movement, restaurants and brands team up with Veganuary to release new vegan dishes and products. Whether you’re a longtime herbivore or are testing out plant-based eating for the first time, you’re going to want to try these limited-edition vegan items in LA this Veganuary!

Need an excuse to dine at one of Matthew Kenney’s highly-acclaimed vegan eateries in LA? This special chocolate and wine pairing should do the trick! This January, these three restaurants will be offering vegan Casse-Cou Chocolates paired with two plant-based wines. Name a better way to end a meal! 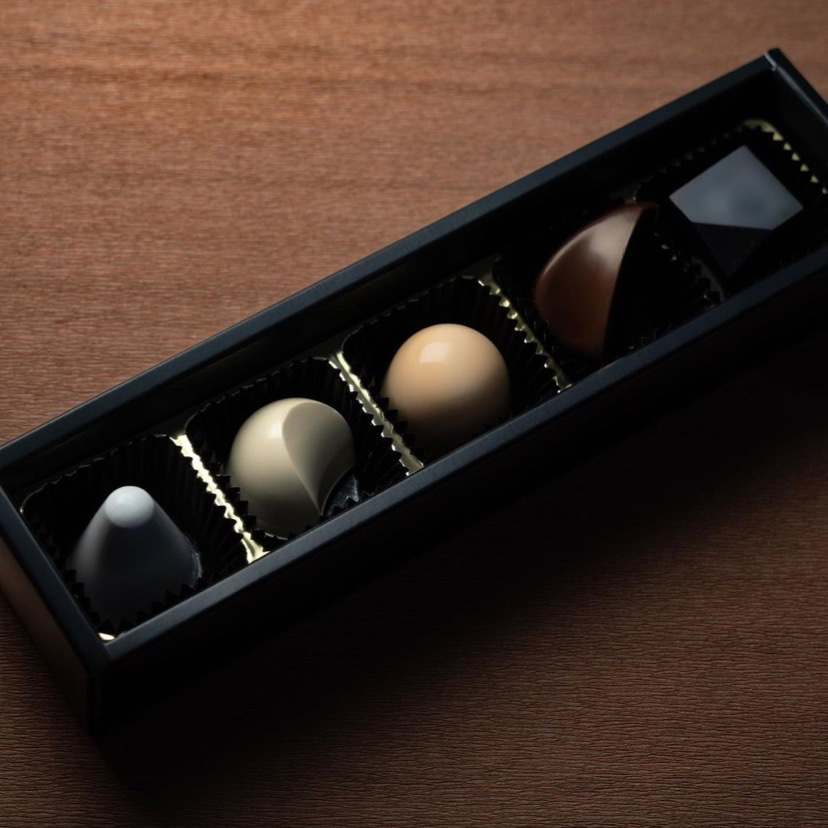 This gourmet vegan cinnamon roll shop is offering 15% off all orders! Just mention Veganuary if you’re ordering in-store at participating locations, or use promo code VEGAN if you plan to place an order online. From cinnamon rolls and brownies to full-size cookie cakes, these sweet treats do not disappoint. 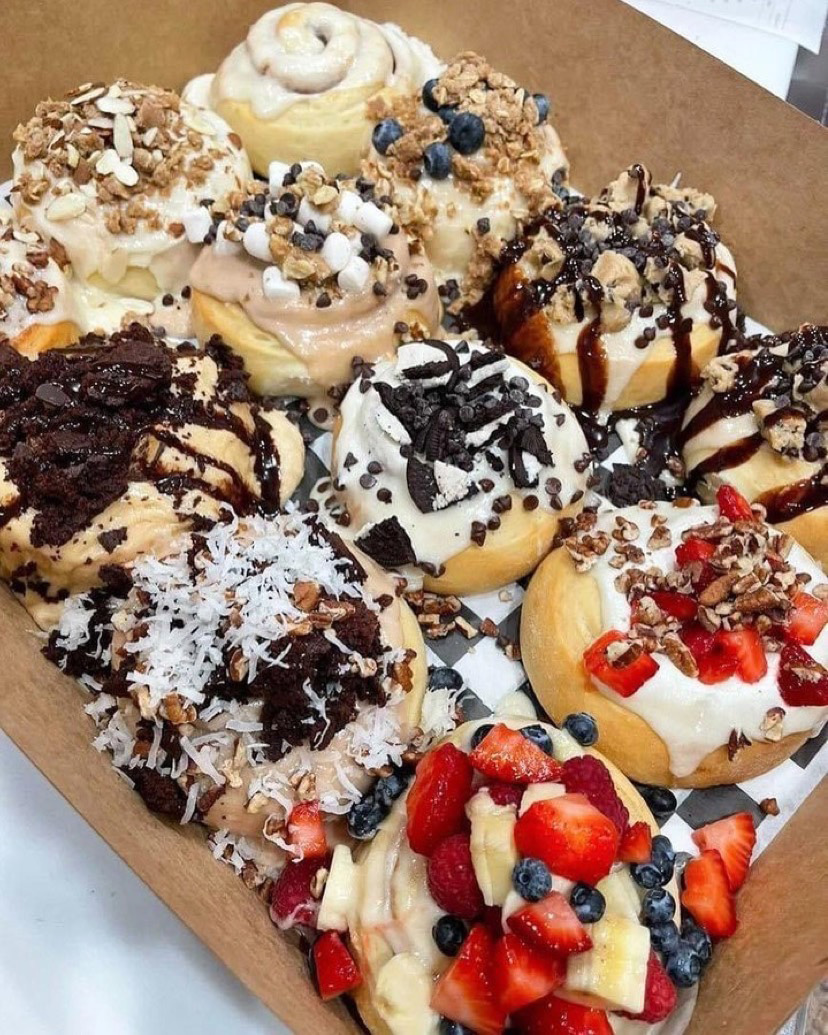 Still haven’t gotten around to trying OmniPork? Or so obsessed with it that you need more in your life? Then try Honeybee Burger’s brand new Piggy Bee! The vegan breakfast sandwich features two pieces of OmniPork Luncheon with melted vegan cheddar cheese, a JUST Egg soufflé, and a fire-roasted pepper sauce. In support of Veganuary, this menu item will be just $5 for the rest of the month! The vegan burger joint is also offering a Veganuary combo that includes a classic burger, frots, and a special shake for only $10. Way to go, Honeybee! 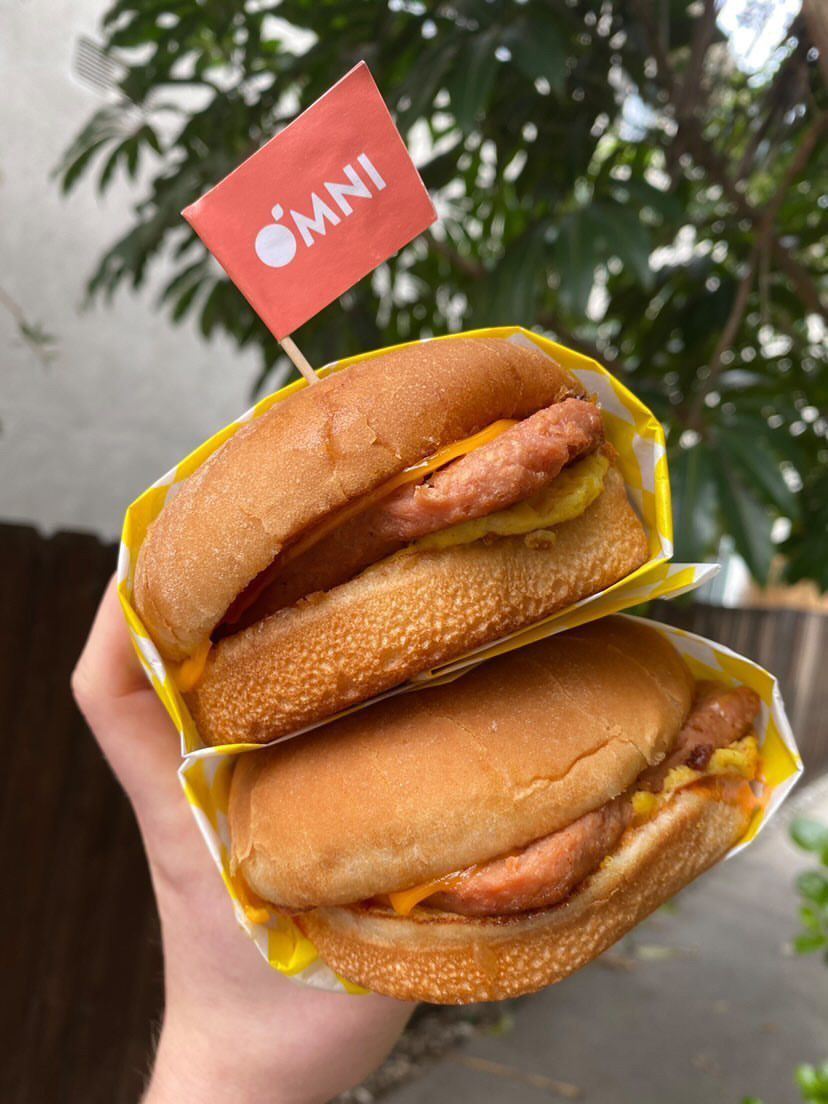 Dreaming of a vacay to Paris? We are too! That’s why we’re indulging in these fancy French macarons from this LA-based bakery until we can make it across the pond. To celebrate Veganuary, Verón is bringing back their most popular vegan macaron flavor—Churro. With a perfectly seasoned cinnamon sugar shell and rich buttercream center infused with gooey house-made caramel, these confections are a must-try. Use promo code VEGANUARY20 to save 20% on all online orders of this limited-edition flavor.

This month, Veggie Grill is bringing back their vegan orange chicken. When you order the Orange Chickin’ Entrée Bowl from now until the end of the month, Veggie Grill will donate $1 to Veganuary. On January 12, the vegan restaurant chain is offering a BOGO meal in stores at all locations when you bring a friend who’s trying out plant-based food for the first time this month. 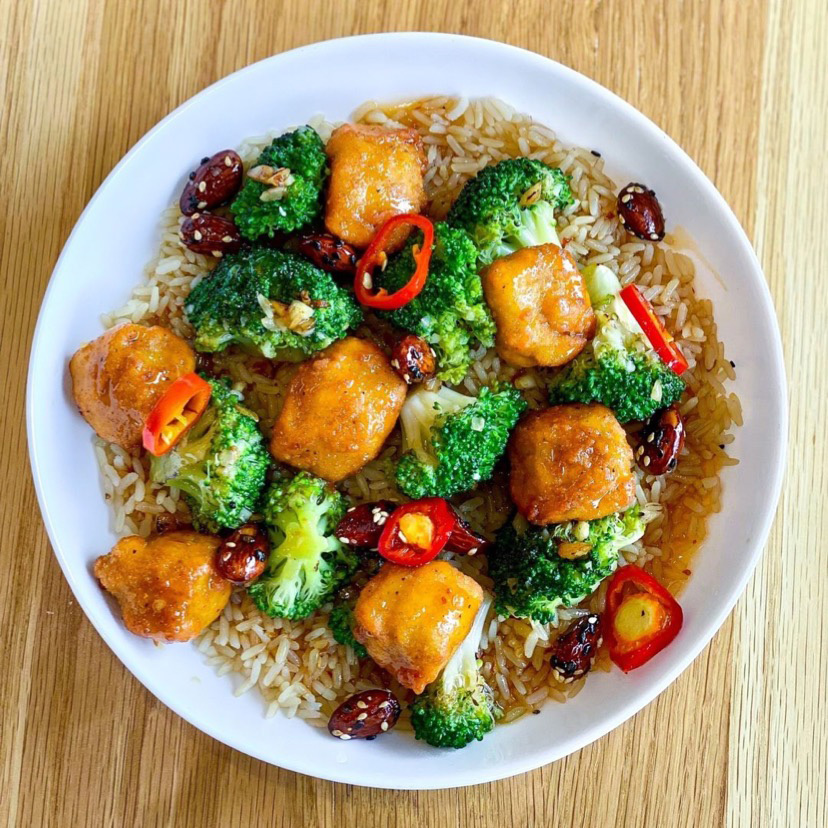 This vegan taqueria operates out of Veggie Grill as a ghost kitchen which means their food can be ordered for pickup or delivery. All month long, Mas Veggies Taqueria is offering customers a choice between free chips & salsa or free chips & queso with a $10 purchase. To take advantage of this deal, use promo code VEGAN2022. 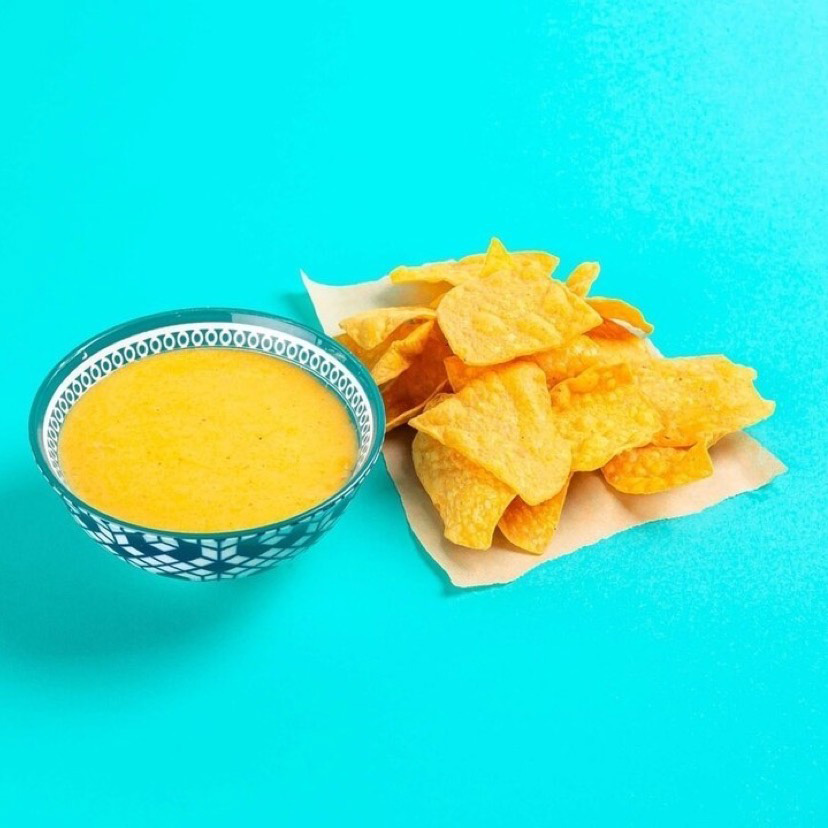 Always in the mood for vegan pizza? We are too! That’s why we’re excited to share that Fresh Brothers launched a limited-edition vegan pizza created by the Support + Feed founder and mother of Billie Eilish, Maggie Baird. Topped in Daiya cheese, vegan pepperoni, mushrooms, red onions, green peppers, and fresh spinach, the Vegan Hero will have you drooling in no time! Best of all, a portion of the profits will be donated to Support + Feed. 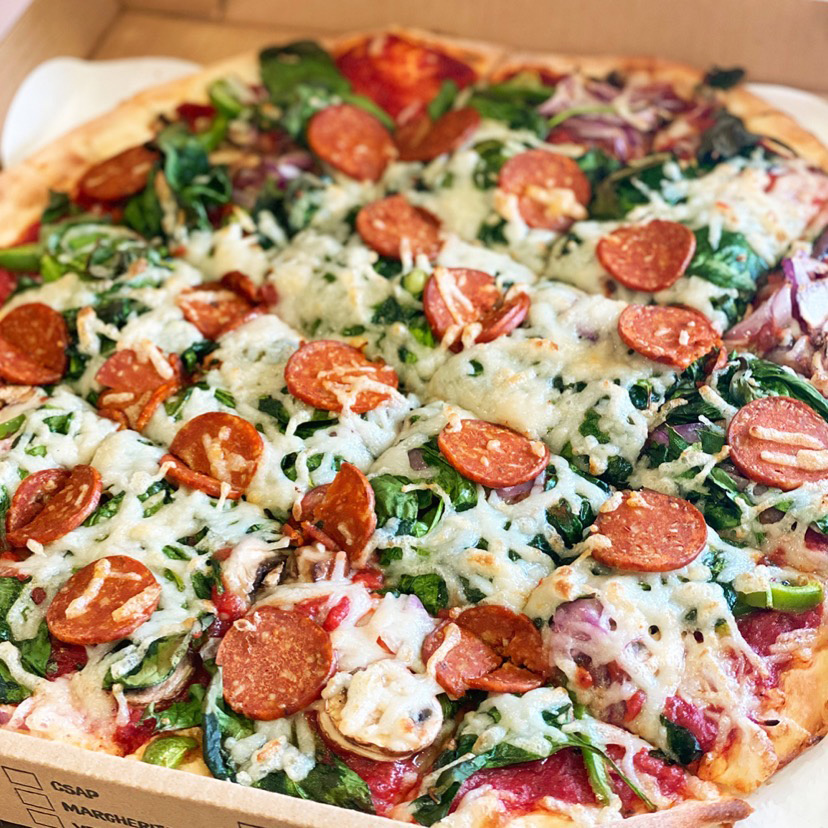 Calling all cookie enthusiasts! Insomnia Cookies just launched two new vegan cookie flavors in honor of Veganuary, and we can confirm that they’re bomb AF. The Vegan All of the Above Cookie is a decadent, chewy brown sugar cookie with chocolate-covered pretzels, coffee, coconut, and white and dark chocolate chips mixed throughout. The Chocolate Banana Bread Cookie features a double-chocolate banana cookie base with glorious pockets of chocolate chips and chocolate nibs. 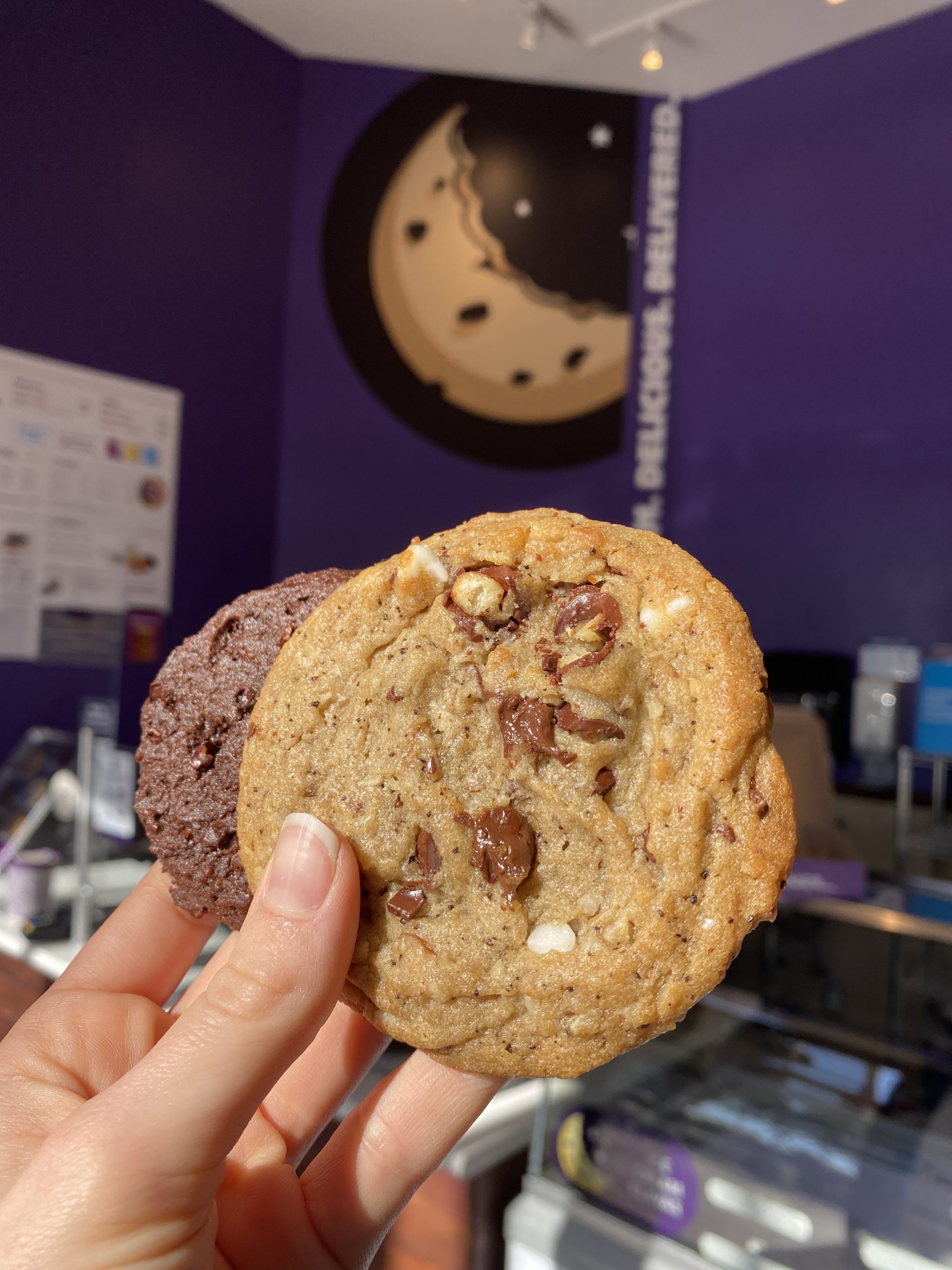 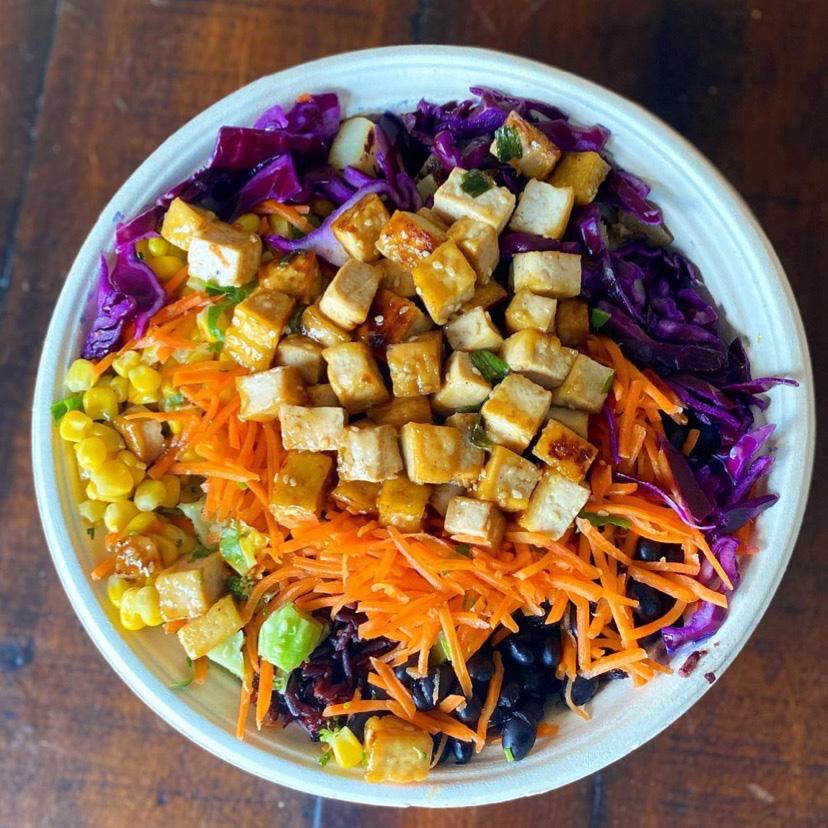