7 Spots to Get Pumpkin-Flavored Vegan Eats in NYC

Fall is in the air—and for many of us, that means it’s time to get our pumpkin fix. From pumpkin cinnamon roll donuts to beet & pumpkin empanadas, there’s a variety of autumn-inspired eats around the city to satisfy both sweet and savory palates. Here are 7 spots to get pumpkin-flavored vegan eats in NYC!

Indulge your pumpkin cravings with a creamy pumpkin spice milkshake from Orchard Grocer. This fall shake is blended with house-made pumpkin soft serve, then topped with coconut whip, coconut caramel, and pumpkin spice dust. Pair your shake with any of the eatery’s deli sandwiches or with a pain au chocolat pastry to keep things sweet. 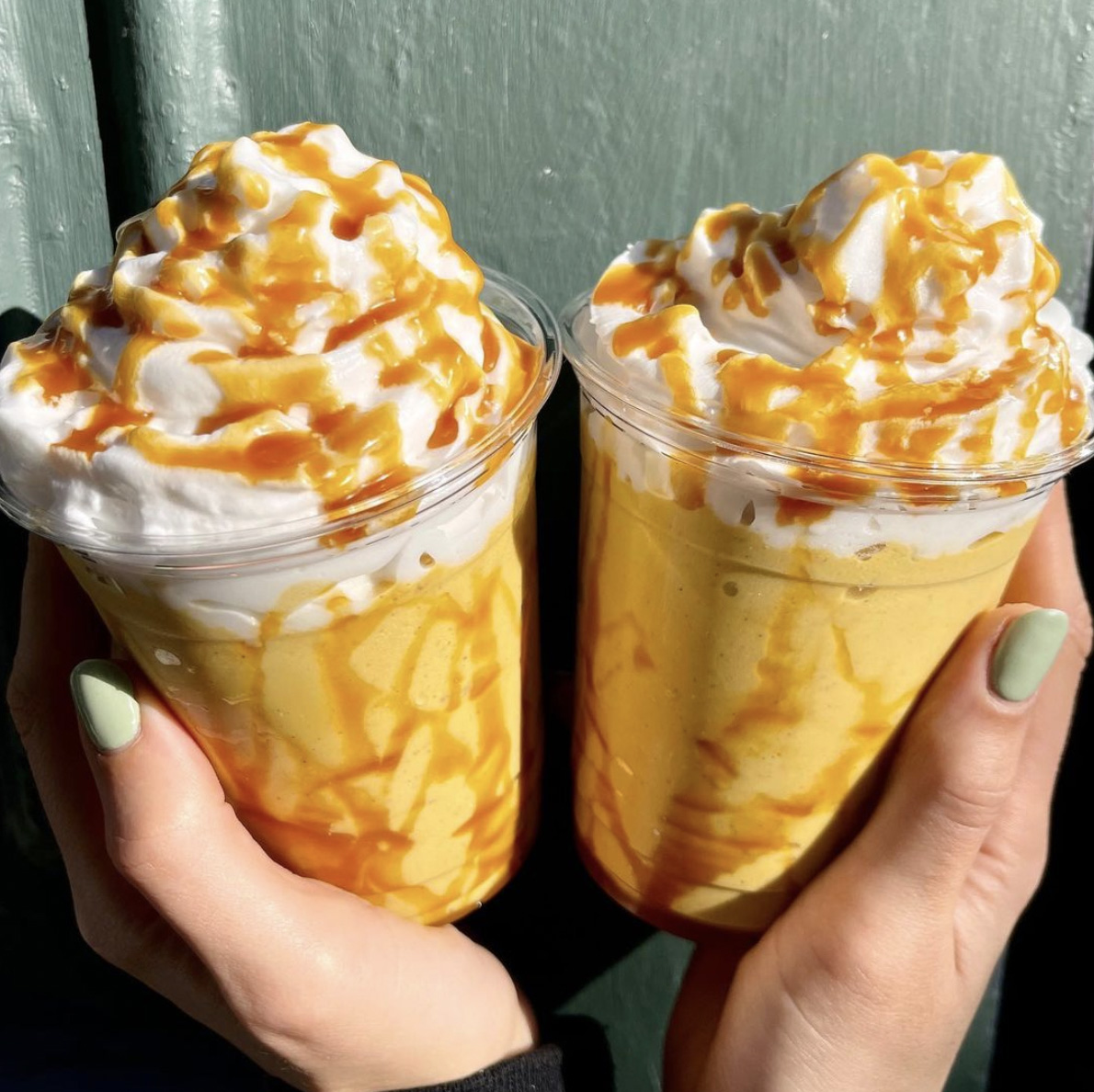 For the perfect pumpkin dessert, head over to Modern Love Brooklyn, where you’ll find pumpkin praline cheesecake slices made with a gluten-free graham cracker crust and candied pecans and topped with coconut whip for good measure. Those who prefer their dessert in liquid form can enjoy a pumpkin spice shake or a pumpkin kombucha float with caramel syrup, pumpkin spice ice cream, turmeric ginger kombucha, and coconut whip. 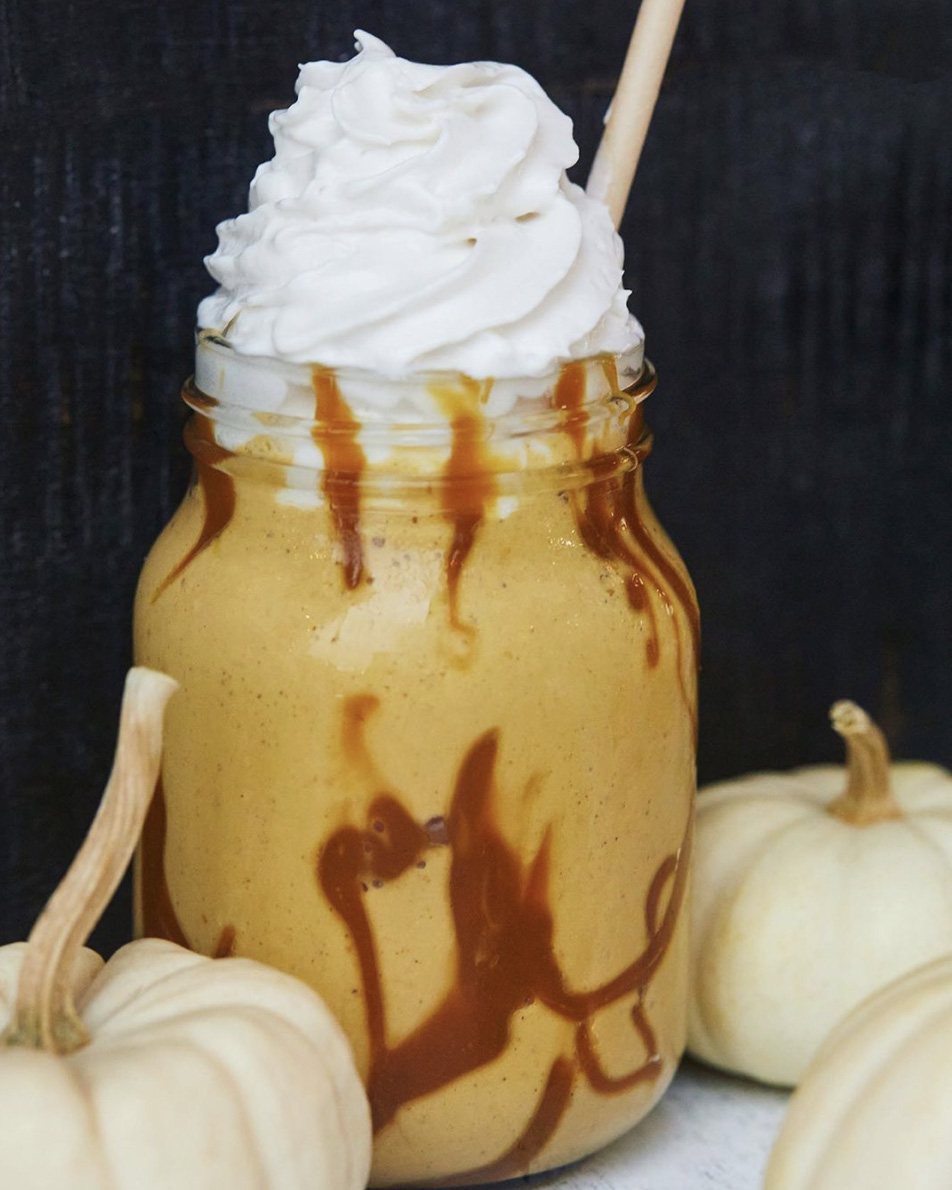 Prefer your pumpkin dish to be savory? Jajaja is your spot! This plant-based Mexican eatery offers a beet & pumpkin empanada that comes stuffed with kabocha squash and swiss chard, which is then topped with guacamole and chimichurri sauce. Accompany your empanada with a pomegranate & jalapeño margarita or the house sangria.

LuAnne’s Wild Ginger is a plant-based Asian concept that offers a variety of rice bowls, soups, and noodle dishes. The restaurant’s fall menu features kimchee pumpkin gumbo and pumpkin soup, both of which are great for warming up on a chilly autumn day.

If you’re more of a traditionalist when it comes to pumpkin dishes, stop into Clementine Bakery for a vegan pumpkin pie. This autumn staple is made with a decadent pumpkin filling, just the right amount of spice, and a flaky crust. 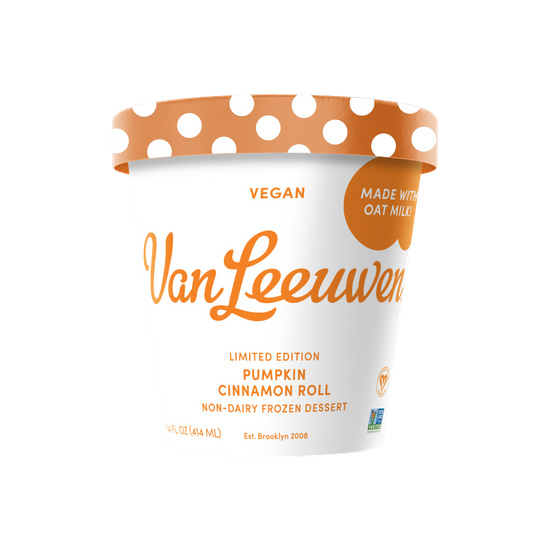