While it is not as easy currently to spend hours sitting at a bustling cafe watching the crowds go by as you tear into a freshly baked good, you can still create that cafe experience in the comfort of your own home with the help of the vegan treats created by the five bakers listed here! From traditional Indonesian desserts to fluffy vegan milk bread, check out what these bakers are producing that will instantly transform your home into a 5-star cafe.

Rogue Bread stuns with striking pastries that deliver in flavor and texture. The variety of kouign amanns, croissants, pop-tarts, and morning buns are all produced using housemade vegan butter that serves as the building block to flaky and tender layers. It’s no wonder the pastry boxes available for delivery at different regions in the Bay Area sell out fast! Single pastries can be found every Wednesday at Academic Coffee in San Jose, but to snag one of the pastry boxes, follow Rogue Bread on Instagram for the next release. 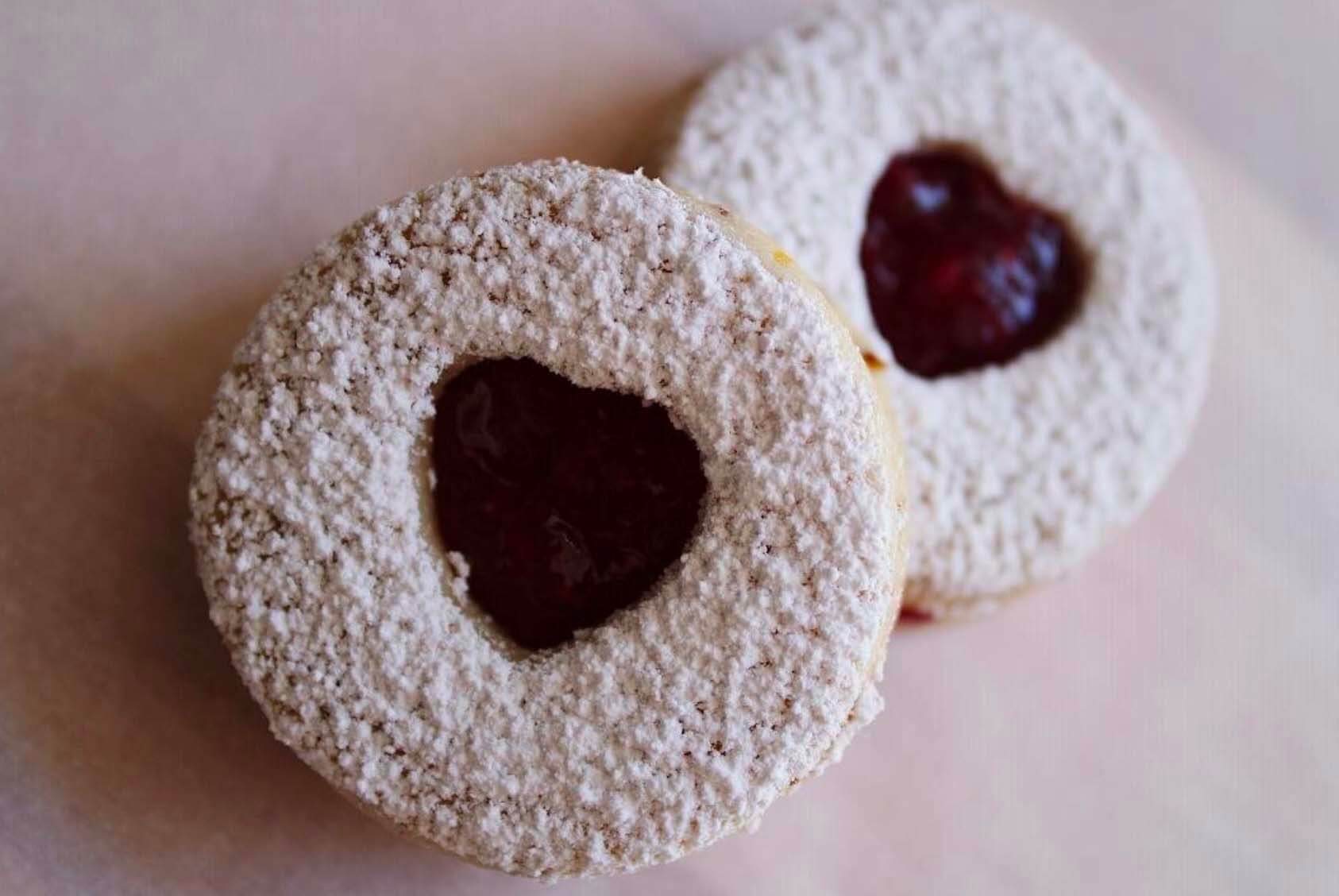 Baker Shruti of Shru's Kitchen not only creates beautiful vegan baked goods like celebration-worthy cakes, but she also offers a monthly "BakeBox," proceeds going to a different organization each month. Previous BakeBoxes have raised funds for The Okra Project and CA Fire Foundation and have included seasonal galettes, banana bread, and nankhatai—a shortbread biscuit popular in India. The cakes are moist and rich, an indulgent standout being the Nuts About Nutella—two chocolate cake layers enveloped in dark chocolate hazelnut ganache, then topped with roasted hazelnuts. Orders can be placed through Shru's Kitchen's website with delivery and pick-up options throughout San Francisco, the Peninsula, and South Bay. 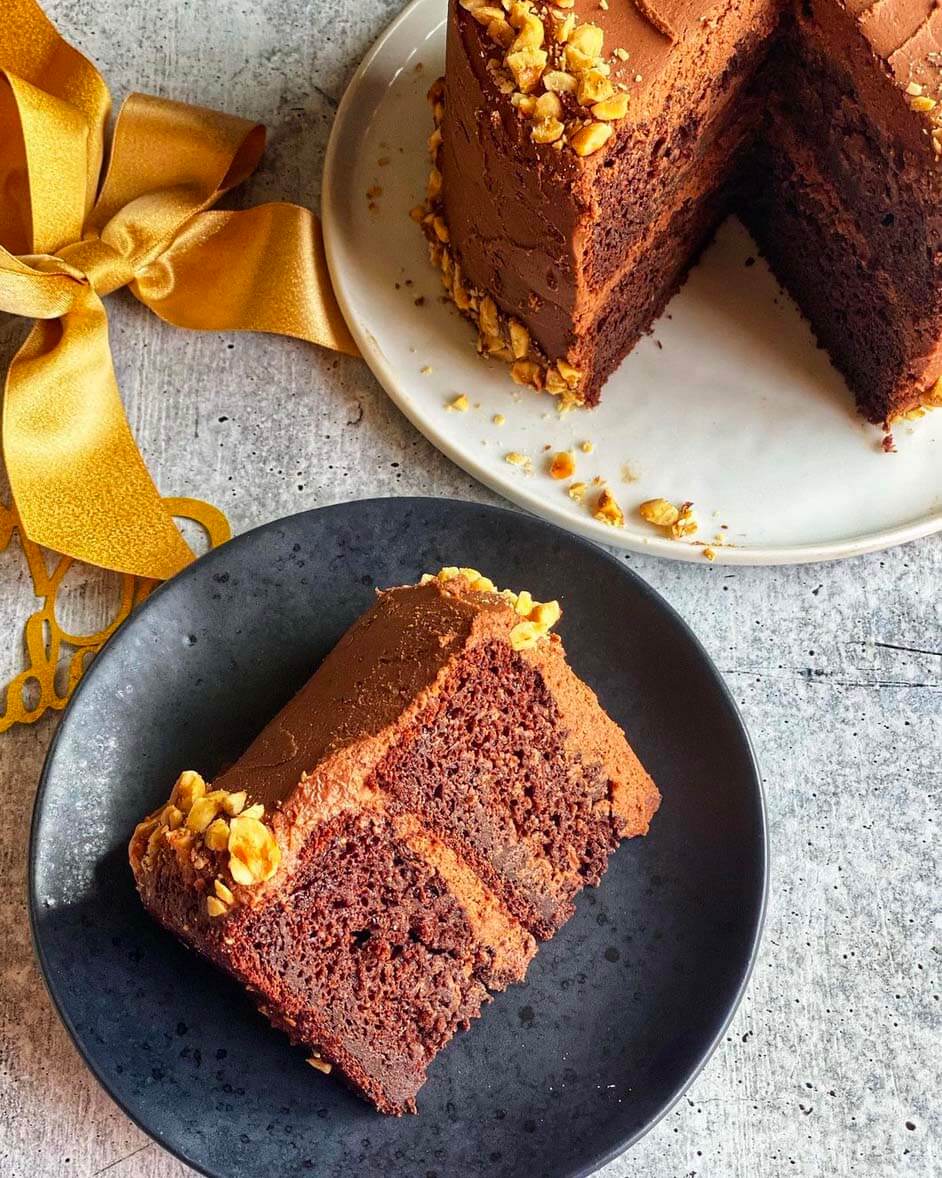 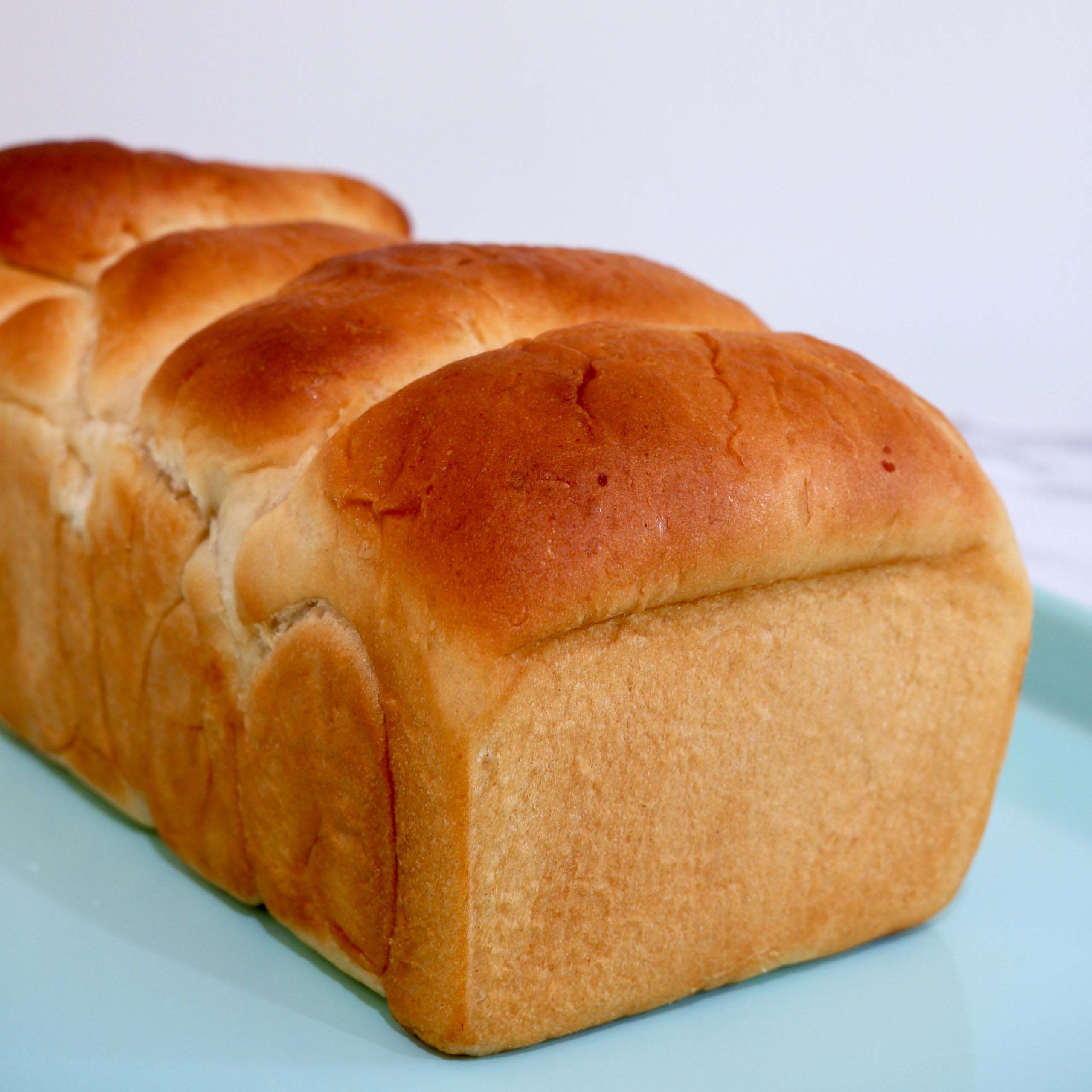 Owner Jennifer Huang brings the tastes from her childhood in Indonesia to the Bay Area with the treats she creates for 1000 Layer Bakery, many of which are naturally vegan. The visually-striking layers of the Kue Lapis are fragrant from coconut and pandan and have a mochi-like chewiness. Pandan is also one of the stars in her Klepon, mochi balls filled with palm sugar and generously coated with freshly grated coconut. 1000 Layer Baker has a weekly-changing menu, so place an order immediately when the Kue Lapis, Klepon, or other vegan desserts make an appearance. Delivery is an option throughout East Bay and the Peninsula, and pick-up is offered in San Francisco and Sunnyvale. 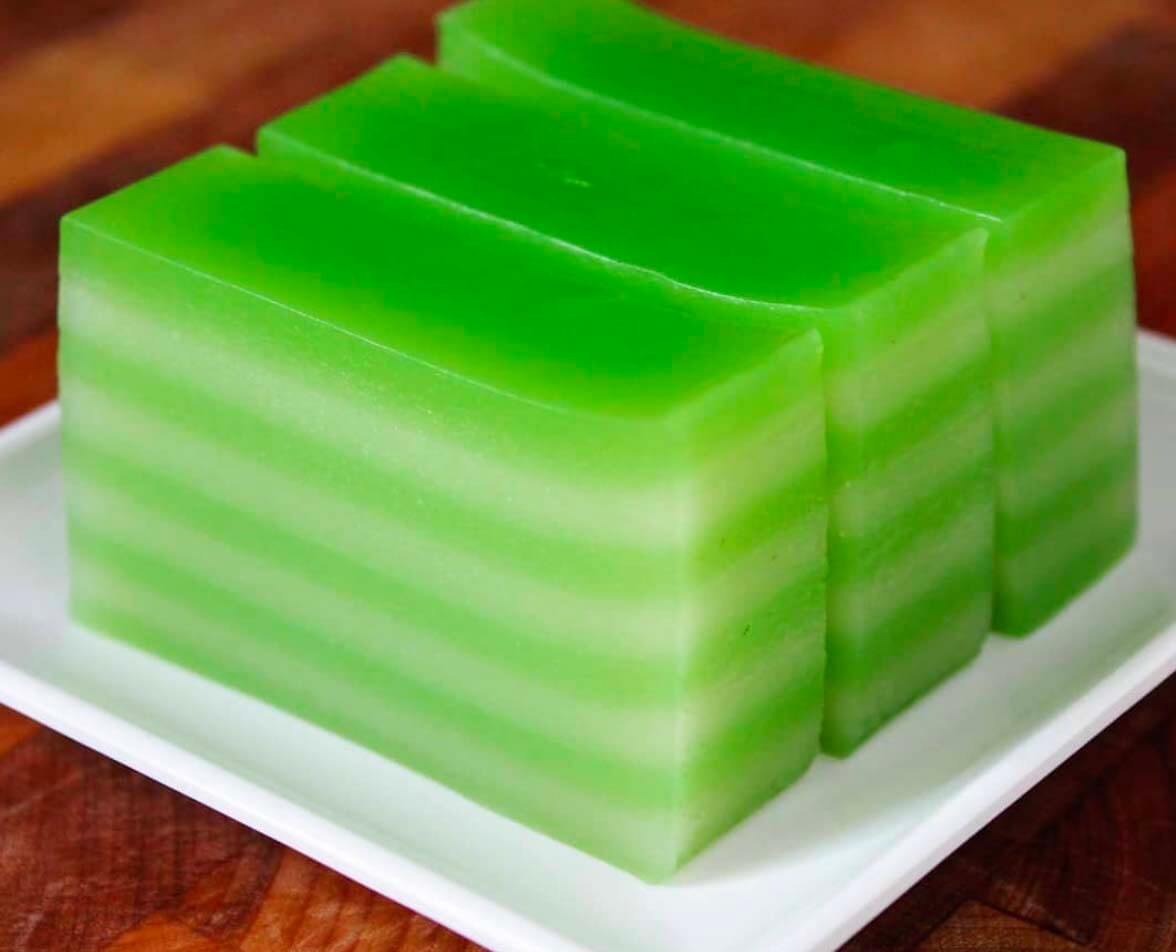 Choose from an enticing selection of baked donuts by Whack Donuts at one of its pop-up locations throughout San Francisco. Standard offerings include original glaze, cinnamon spice, and horchata, but the special flavor-of-the-month will keep you coming back, previous flavors being peach cobbler, s'mores, and lemon poppyseed. Whack Donuts' Instagram is the best source to stay informed about pop-up locations and the latest menu. 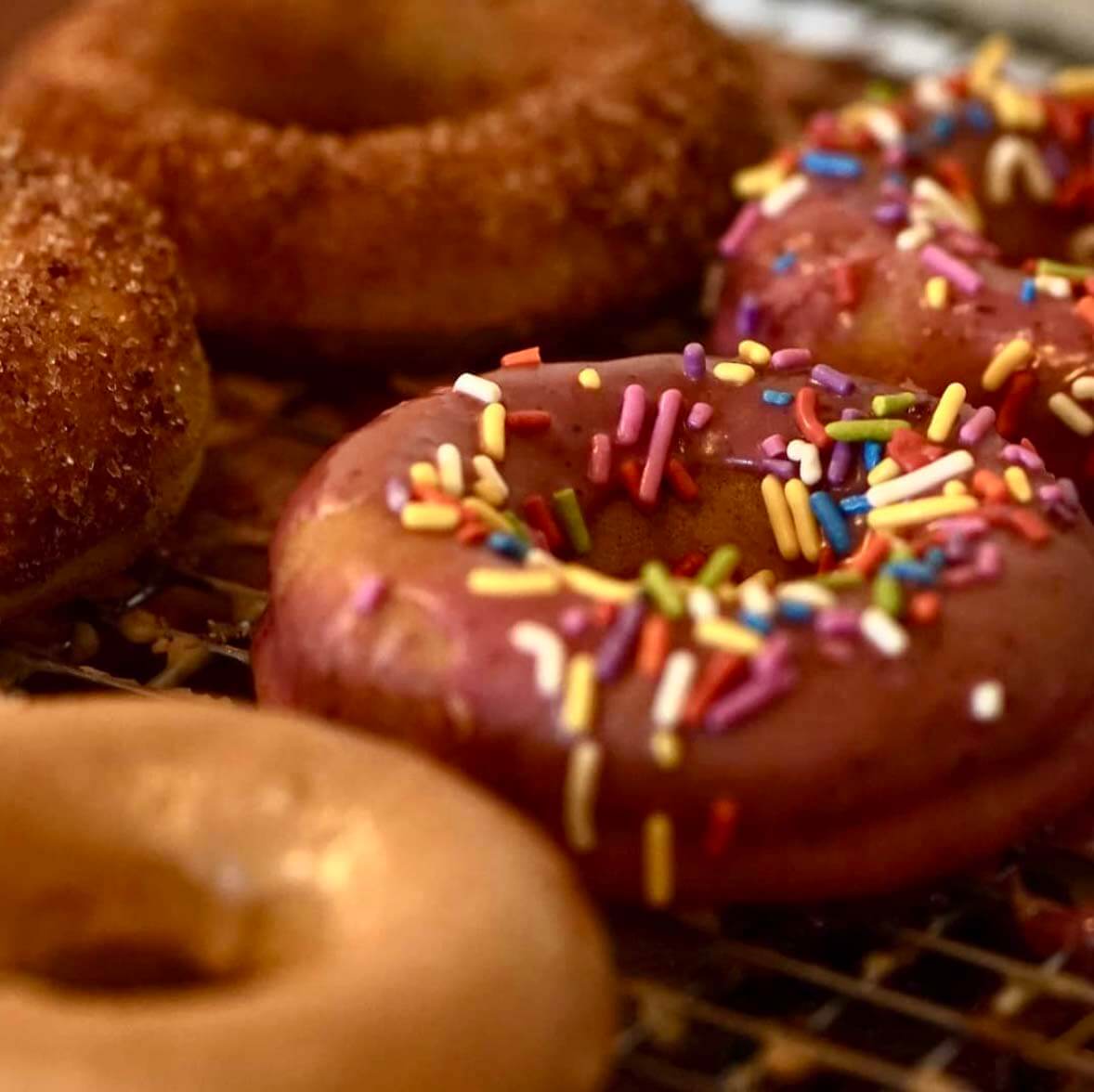 Lisa, a San Francisco native and vegetarian of more than ten years, finds herself always in search of the perfect vegan chocolate chip cookie. Strong Vietnamese iced coffee runs through her veins while she maintains her full-time marketing job, learns new languages, and runs her blog. Follow her weekend adventures as Bánhderella, the self-taught baker eating her way around the San Francisco Bay Area.

These plant-based salad kits are easy to assemble and delicious.

7 Vegan Mayo Brands That Taste Better Than the Real Thing

For vegan BLTs and mashed chickpea salads, having a good plant-based mayo on hand is key. And with the variety of creamy vegan spreads available, there’s no reason to reach for the egg-based dressings again. Check out our list of seven vegan mayonnaise options to try out next.

10 Vegan Seafood Brands to Check Out

With fish sticks, crab cakes, shrimp, tuna, and even caviar available in a vegan version, there’s no excuse for not going vegan because you’ll miss fish. Read on to discover a multitude of brands that offer plant-based seafood products that taste like, cook like, and share the same textures as their traditional counterparts.

Vegan sour cream—you gotta have it! Whether you prefer more traditional uses (hello baked potatoes, black bean chill, and vegan pierogies!), or you crave unique applications such as homemade spicy cremas or rich baked goods, this cultured, creamy product is a must. Check out our list of ten vegan sour cream brands that taste better than dairy.

Vegan Block Party Makes Its Return to Miami This Fall

City council just approved an ordinance to cut down its spending on animal-based products.

This clean beauty brand is expanding its vegan skincare products to Walmart—and best of all, they’re all under $20!

13 Flavored Nut and Seed Butters You Need to Try

If pressed, we could probably survive off nut and seed butter and never get bored. The market has innovated beyond the basic and created a delicious library of inventive and addictive flavors—from French Toast Pecan to Walnut Black Pepper. Check out this comprehensive collection of everyday staples to gourmet finds.

This vegan nonprofit is providing plant-based meals to the houseless in Los Angeles and recently made their debut on the Rachael Ray Show!