10 Seasonal Vegan Dishes to Try This Fall in San Diego

Fall is in full throttle with pumpkin cheesecakes and handmade pasta—perfect to help you get a jumpstart on the holiday season.

The weather may not change much during the fall in San Diego, but the menus sure do! Pumpkin cheesecake and oat milk lattes, along with traditional Indian curry and luscious risotto alla milanese, are all included in our county-wide list of 10 seasonal vegan dishes to try this fall in San Diego.

You could close your eyes and point to any item on Donna Jean’s menu, and you’d be more than satisfied if you ordered it. On your next visit, keep your eyes open and set your sights on the Squash Party Casoncelli, a spiced tempeh- and mozzarella-stuffed pasta that’s decorated with brown butter, kale, fried sage, and toasted pumpkin seeds. Double down on the good eating with an order of the Risotto Alla Milanese! The risotto is cooked in a saffron broth before being tossed with parmesan and butter and comes served alongside maitake mushroom that’s been pan seared and braised in a bath of tomato, white wine, fennel, and oregano. 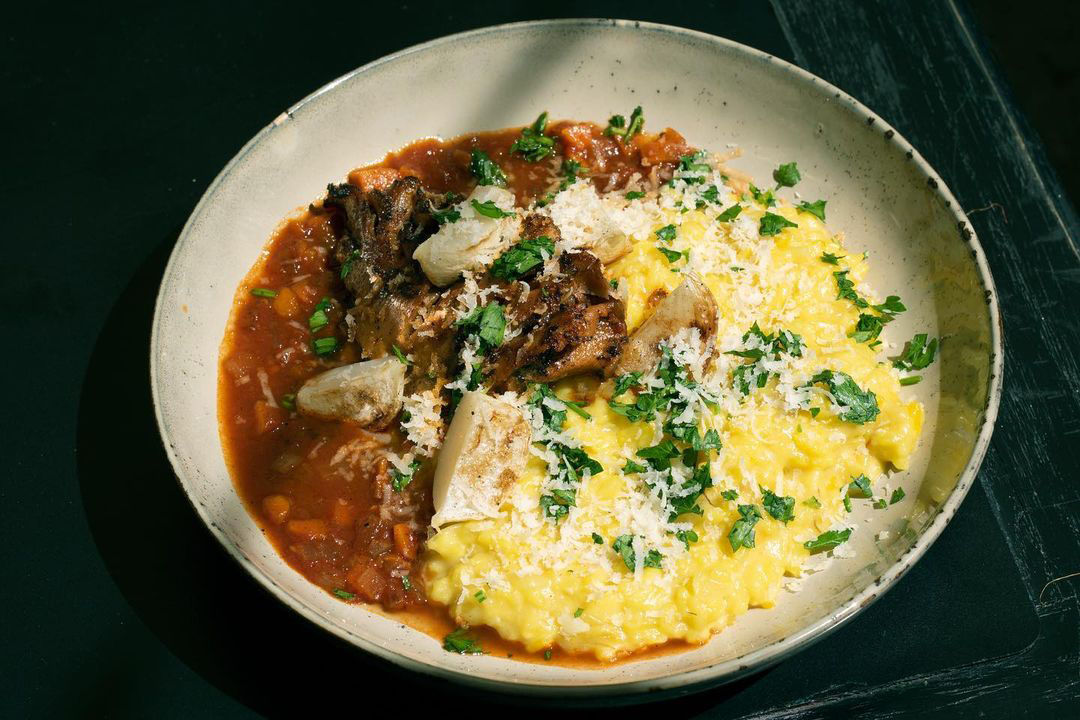 Leave it to a one-of-a-kind rooftop yoga and aerial silks studio with dreamy views of the Pacific Ocean to breathe fresh life into something we’ve all had more than once—spaghetti and meatballs. Spaghetti squash, along with bean & mushroom meatballz, assumes a starring role while a fennel marinara and kale chips serve as a blanket to help unify all the flavors, allowing them to sing in four-part gluten-free harmony. 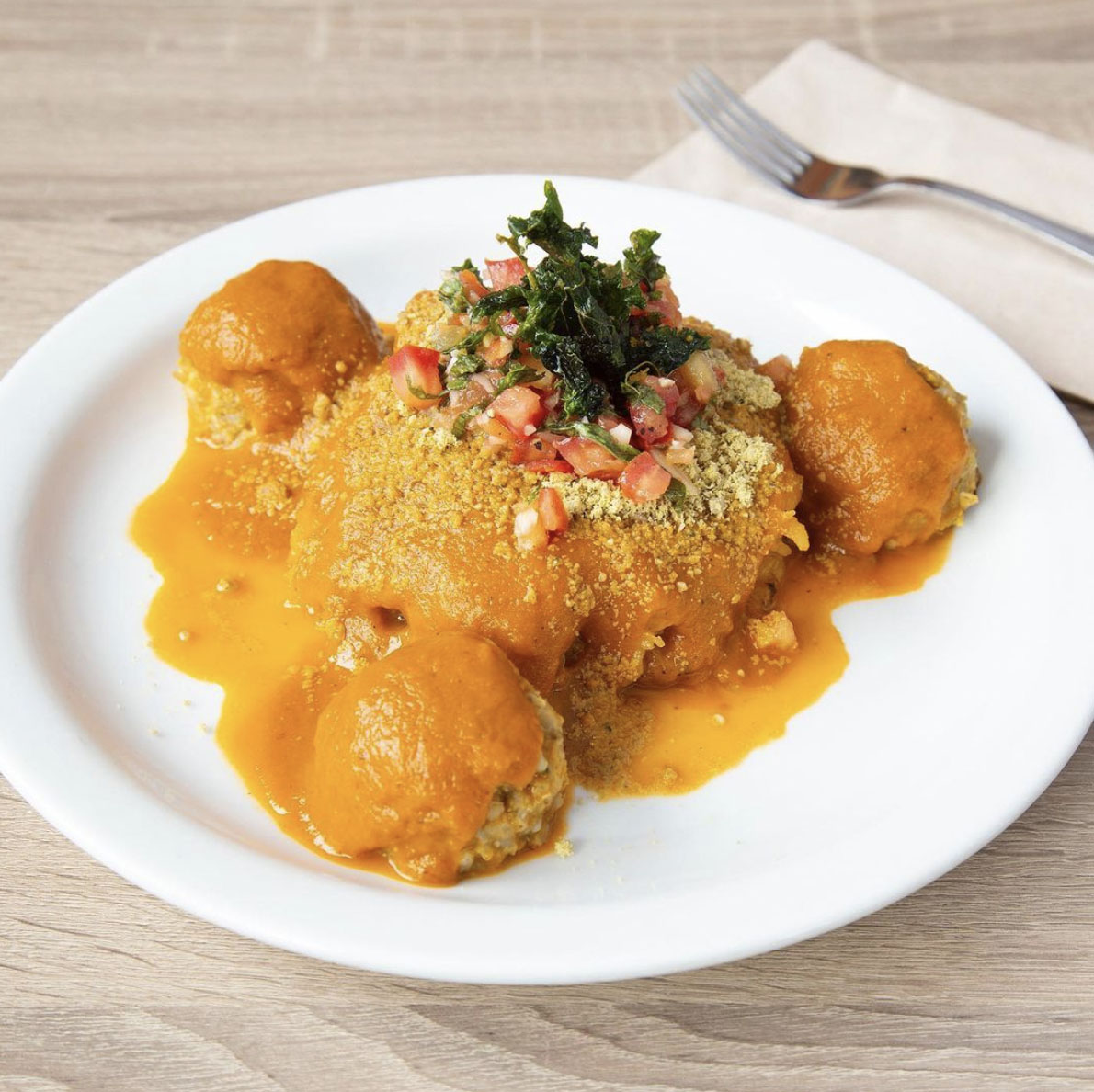 A trip to Hazel & Jade will have you resisting the urge to order one of everything on the menu. While individual-sized pumpkin cheesecakes appeal to our love of the nostalgic and beloved flavors of the holiday season, their pumpkin loaf and ginger spice cookies pair well with cappuccinos and hot tea (but can also stand alone as a great mid-day treat). 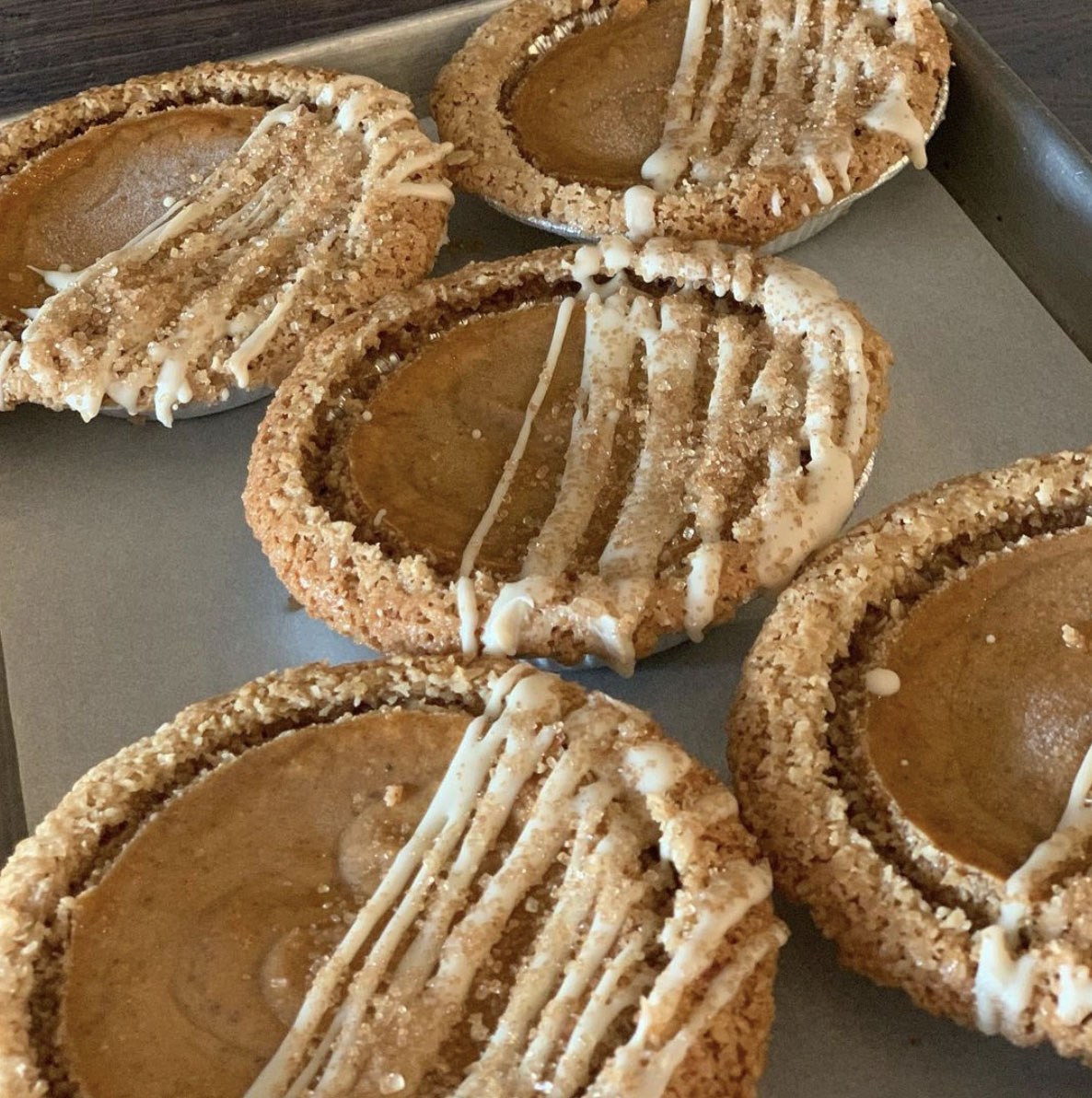 Gnocchi is the love child of dumplings and pasta, making it the epitome of irresistible comfort food. The Plot’s Okinawan Sweet Potato Gnocchi is hand-made and served with a bright citrus cream, garlic sage olive oil, and fresh basil. They have materialized the trendy farm-to-table concept, meaning it’s incredibly likely that the herbs on your plate were grown a hop and a skip away from your table in their on-site garden. 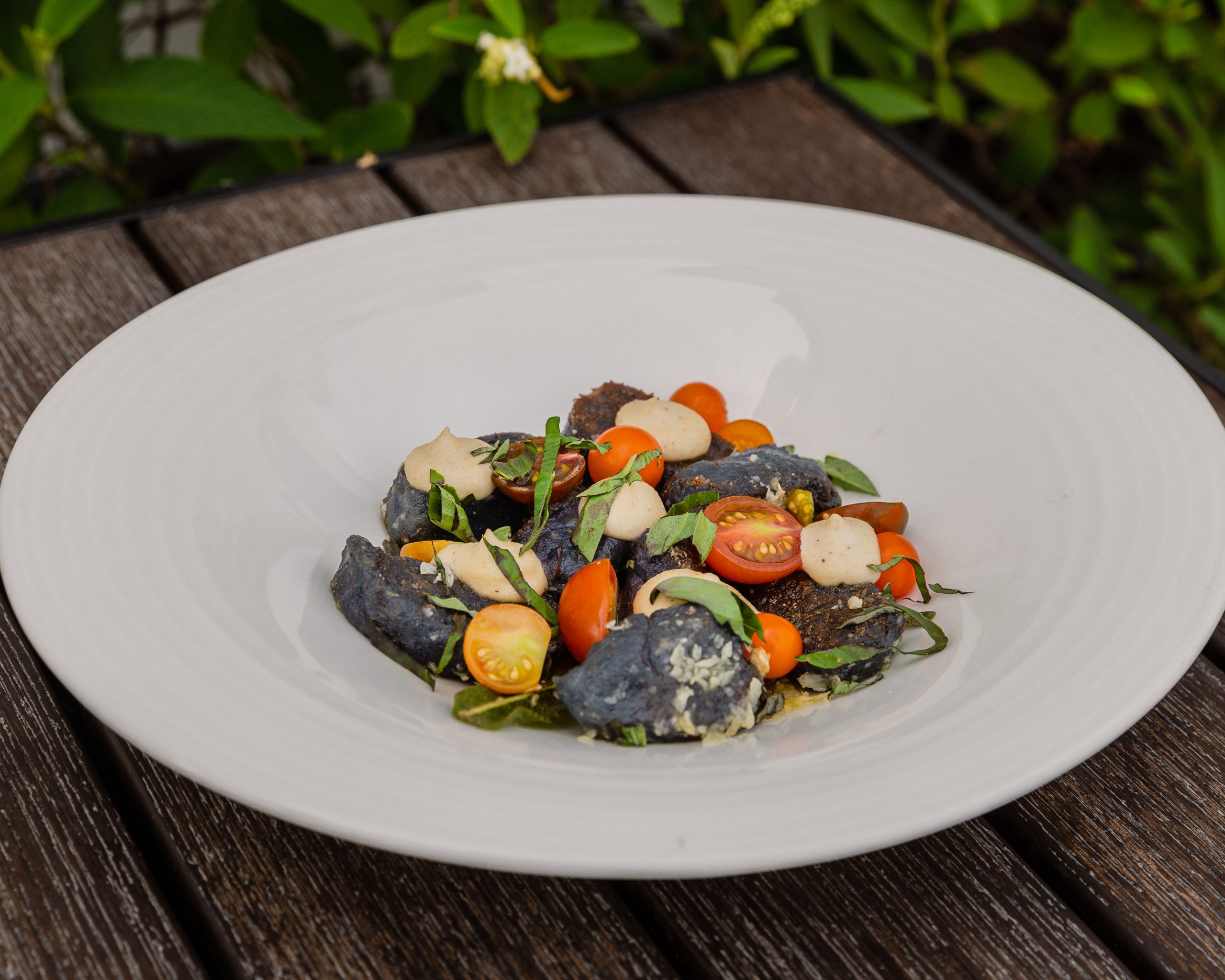 You know fall is in full throttle when you see the iconic pumpkin spice latte popping up on nearly every coffee shop and cafe menu. Spoiled Vegans is no exception with a menu that features a premium silky oat milk cold brew flavored with pumpkin spice. 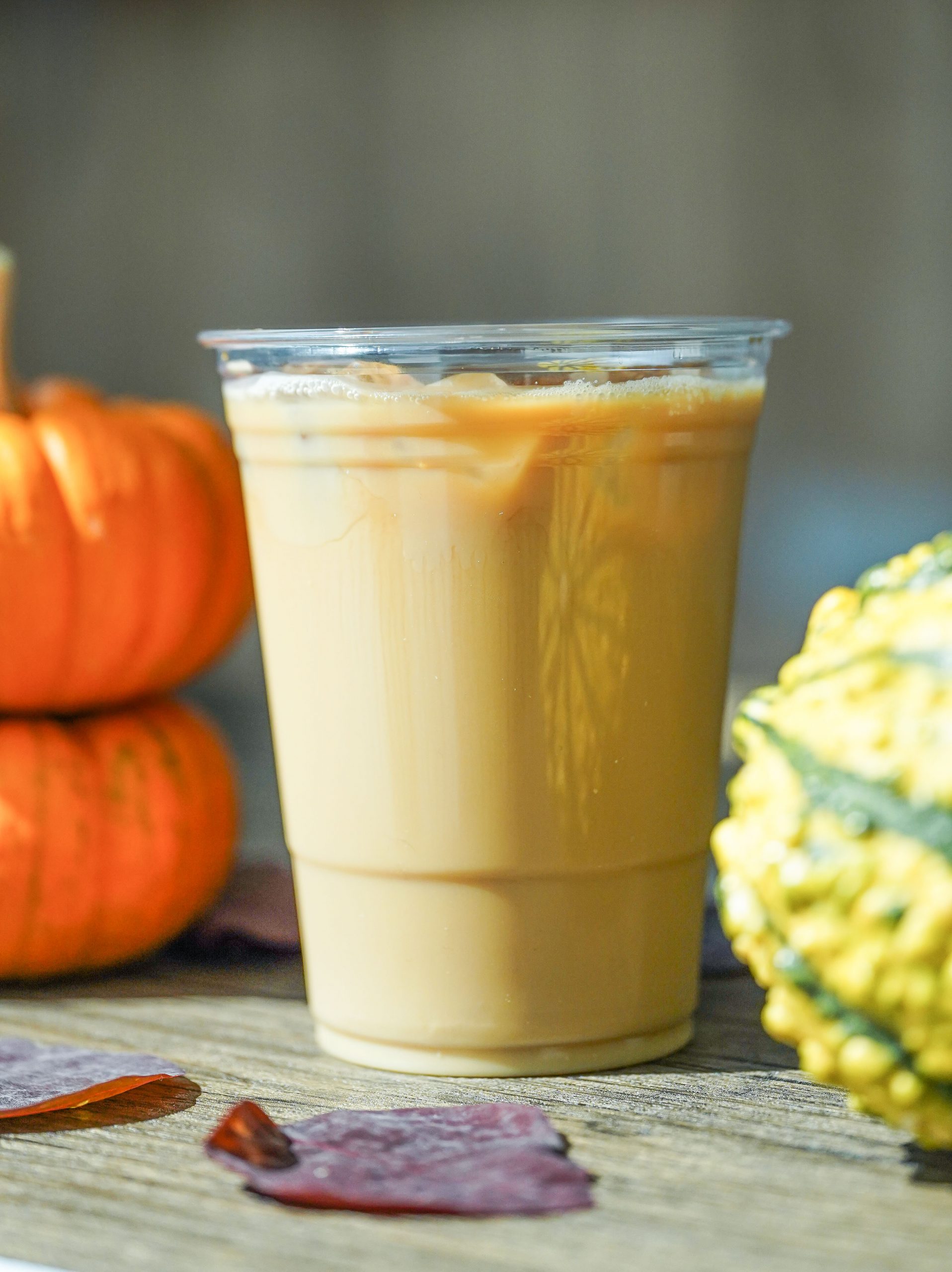 If you think Indian food is often overlooked despite having endlessly bold, rich, and spicy flavors, then you’d be correct. Stop into this vegan-friendly Miramar Indian food oasis and order the misal pav, a spicy bean-based curry that serves as a vessel for onions, tomatoes, a savory chutney, and a sprinkle of fresh herbs. The two pieces of pav (think soft, pillowy dinner rolls) are flavor sponges which ensure no drop goes to waste. 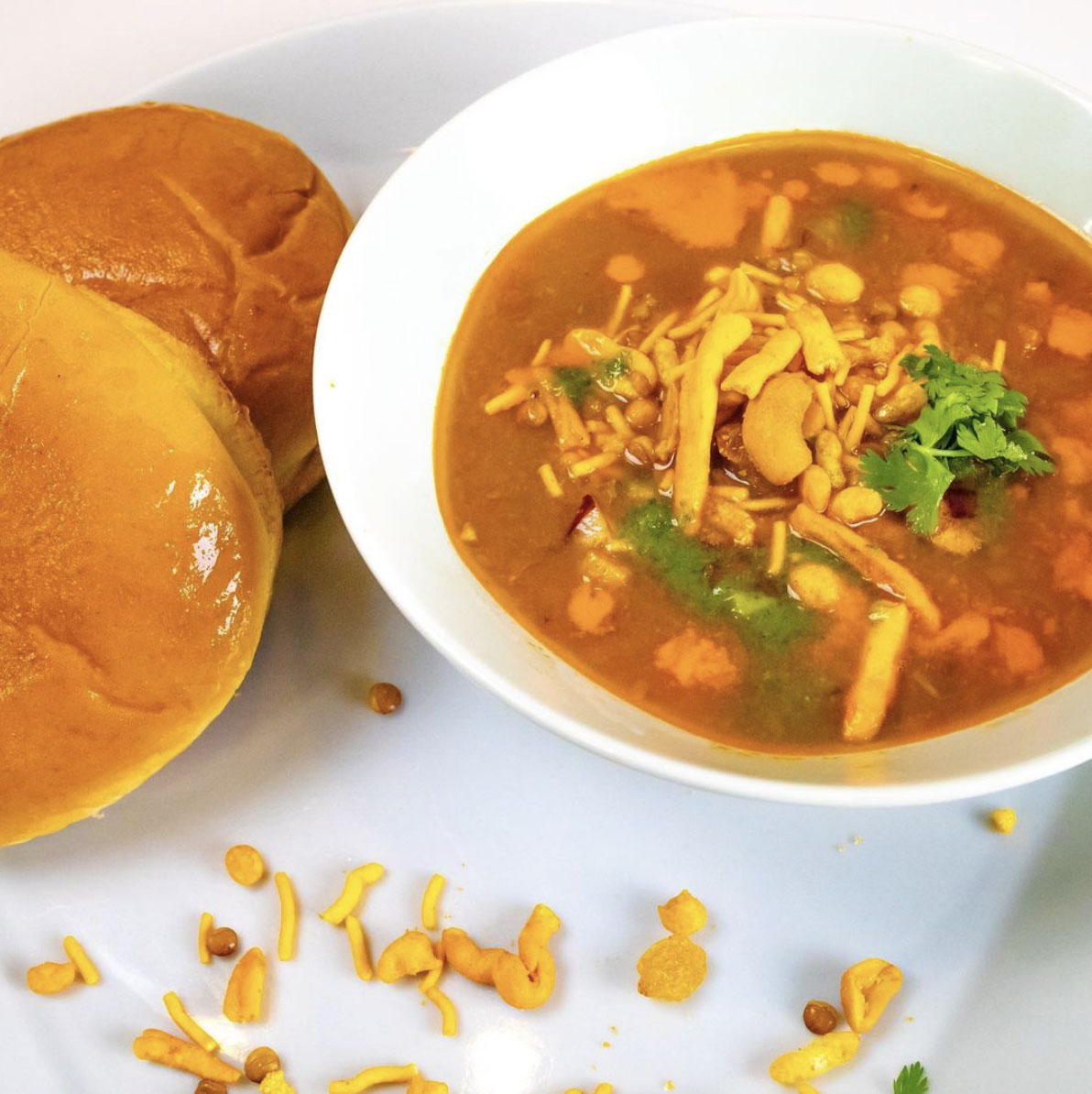 Sipz has become equally known for their rotating pastry selections just as much as they are known for celebrating the diversity of Asian cuisine with authentic takes on treasured classics. Stop into their Clairemont location and grab a slice of pumpkin bread that is baked fresh daily and served at peak freshness. 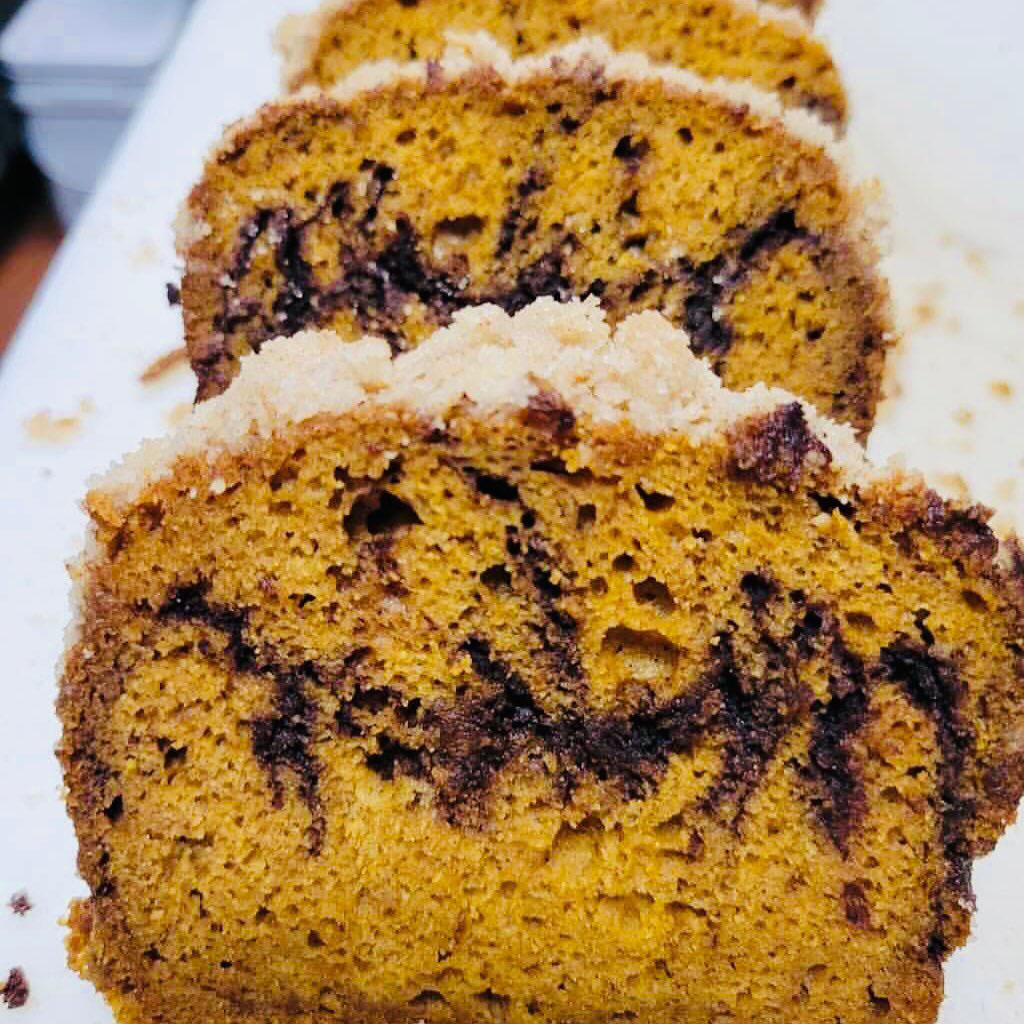